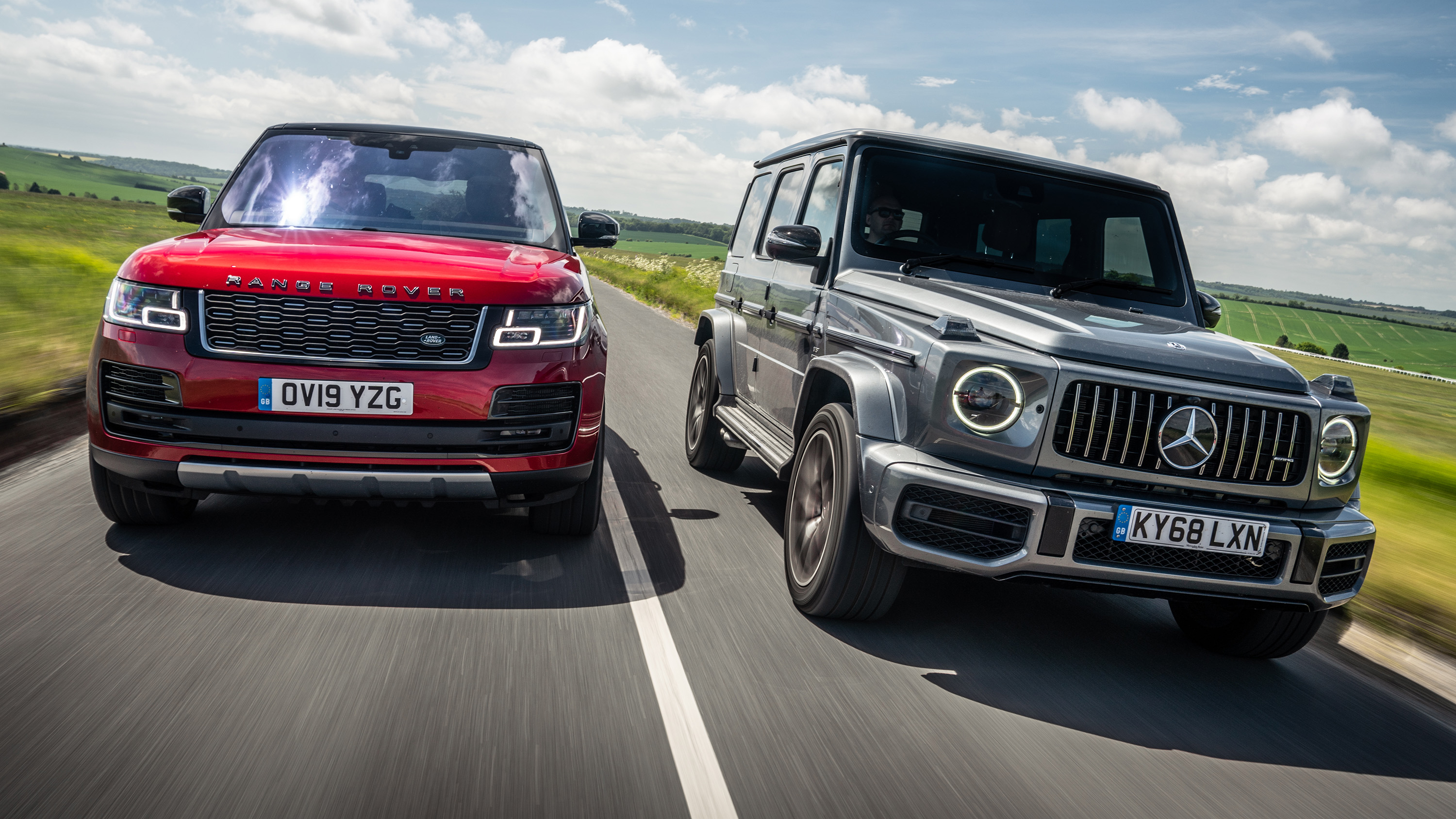 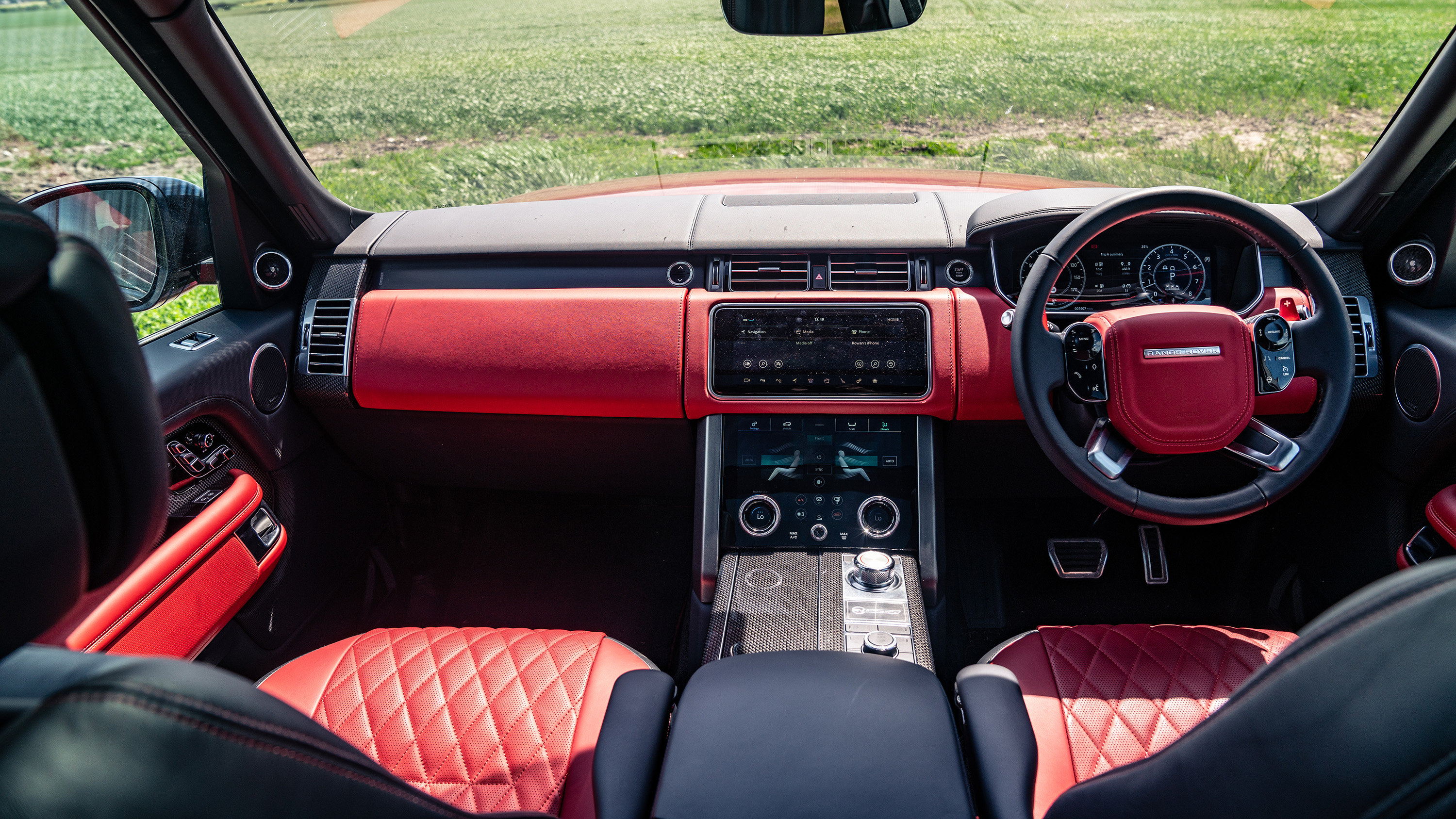 If you’re a dyed-in-the-diamonds sybarite with £140k burning a hole in your Givenchy pocket, there’s a real tussle as to where your money goes if you want a fast, luxurious SUV. Fundamentally, you’ve got two choices – both very good ones. In one corner, the poorly punctuated Range Rover SVAutobiography Dynamic. The other? The Merc-AMG G63. Having lived with our much-loved office tank for six months, we have to say auf wiedersehen to our G63. But before we wave it off, I thought I’d get the Rangie in to see how it stacks up.

On paper, there’s not much between them. When it comes to price, they’re within pennies of each other. They both have big, characterful V8s aided by forced induction (a supercharger for the RR, two turbos for the G63). They both do 0–62mph in around five secs and go on to silly speeds (155mph) for cars that are on the dumpy side of two tonnes. More importantly, they are dripping in enviable amounts of swag. These are cars that people want to be seen in, and although the stout G63 is more in your face with its breezeblock proportions, a milled two tonnes of Range Rover on look-at-me 22in wheels isn’t exactly a wallflower.

But when you get behind the wheel and pay attention to the details, they are actually two incredibly different beasts. The RR feels a lot bigger but so much more relaxed to drive. With smooth throttle mapping and all-independent suspension that features updated air springs and dampers, it’s a bucketload more refined and lollops along at a lick with poise and control. Meanwhile, the G63 is all about theatre. Its twin-turbo V8 is brash, loud and makes the thing chuffing fast. And even though the new independent front suspension (with tightly packaged double wishbones) can now send the full-length ladder frame chassis around a corner a lot more successfully than the previous generation, it’s a proper bucking bronco compared to the Rangie, with its automatically adjustable anti-roll bar. But when you want to go off-road – which, remember, is what these were initially built for – you feel like you’re getting chunky, tangible hardware in the Merc (diff locks, beefy suspension, etc) whereas the RR, with its deeply clever Terrain Response, feels like it’s just the software doing muddy voodoo.

Inside, they’re both wonderfully luxurious cabins, but the Range Rover has a hint more quality to it. The leathers feel like the cows were fed better, and even though the knurled detailing and rafts of carbon are a tad nouveau, it is all well-designed. Land Rover’s Touch Pro Duo infotainment system does a fantastic job of plastering over the fact this particular model has been around for seven years now, but the Merc’s monstrous screens and ICE system are a lot more intuitive and reliable. But if you are a passenger, you’d want to be in the RR every day of the week. Being demoted to the back seat of the G leaves you knocking around like empty bottles on a milk float, thanks to the wayward ride. Whereas in the Rangey you can be upgraded to the Executive Class Seating option, which gives 40 degrees of recline and a powered rear centre console that, when stowed, gives a third, middle seat. It’s all properly plush and incredibly comfortable.

But which car you decide to go for out of these two largely depends on the person you are. The Mercedes appeals to a more youthful demographic, and, given the flood of new-generation Gs in central London, it’s working. But the Range Rover is the peerless stalwart of old money. Either way, you’re getting a cracking mode of transport to get around in, whatever you choose.

However, having lived with one for six months and nearly 13,000 miles, I’d take the G63. It’s had one of the most remarkable engineering overhauls in the last decade, one that has made it properly usable on a day-to-day basis but has also stayed true to its DNA by remaining near-peerless in its effortless off-road ability. Yes, its new slicker image has washed off some of the character that was so strong in the previous model. But that’s only because character resonates when something is flawed. And the old car was deeply flawed. The new one isn’t. It’s a refined, fast and remarkably capable off-roader that handily doubles up as a deep well of Instagram likes. But more importantly, nearly a year later, it’s the only car where Sheck Wes’s song ‘Mo Bamba’ still sounds good. And to a certain generation, that’s worth £140k in itself.