Bentley says happy birthday to itself with this wild electric concept 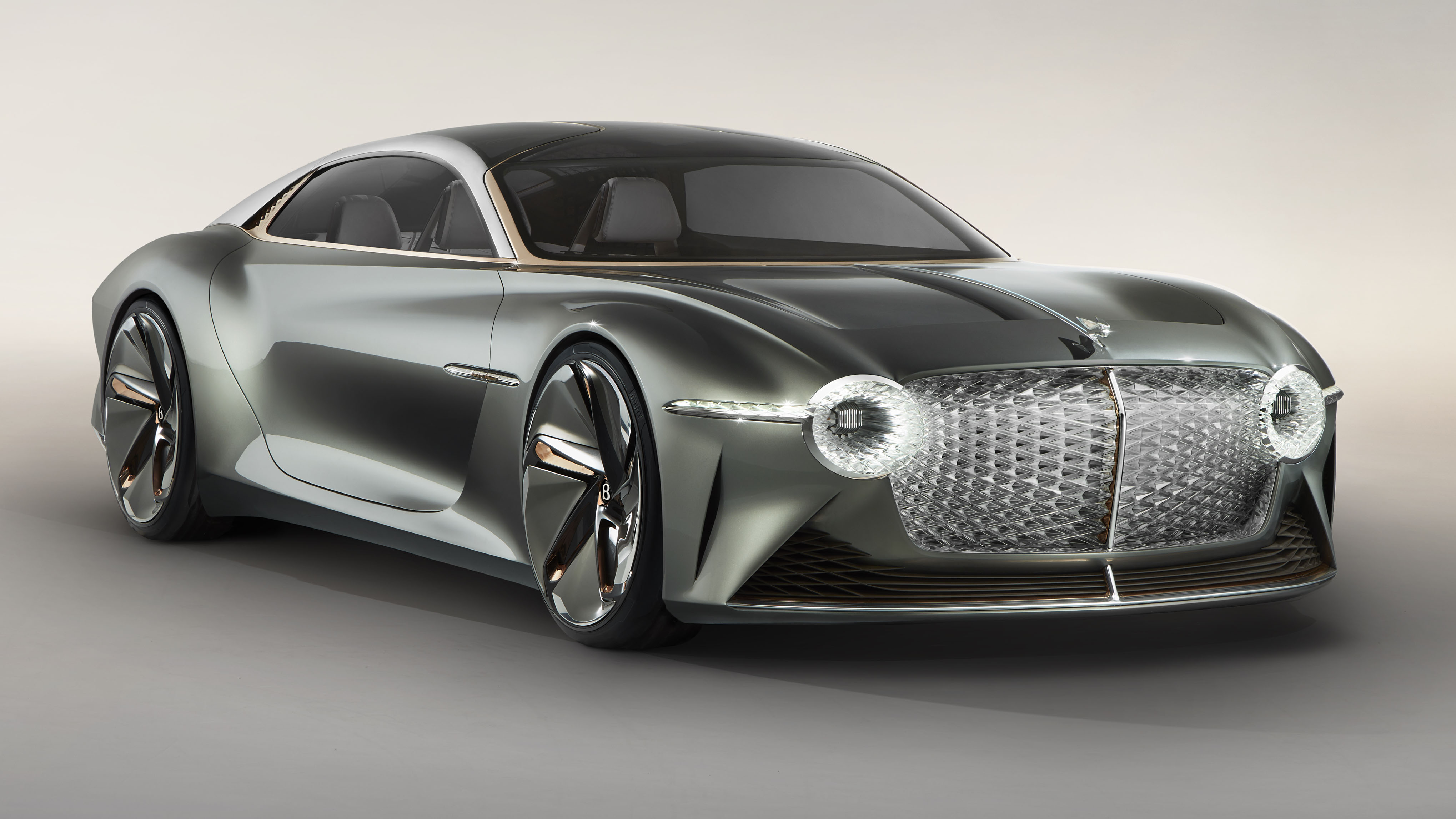 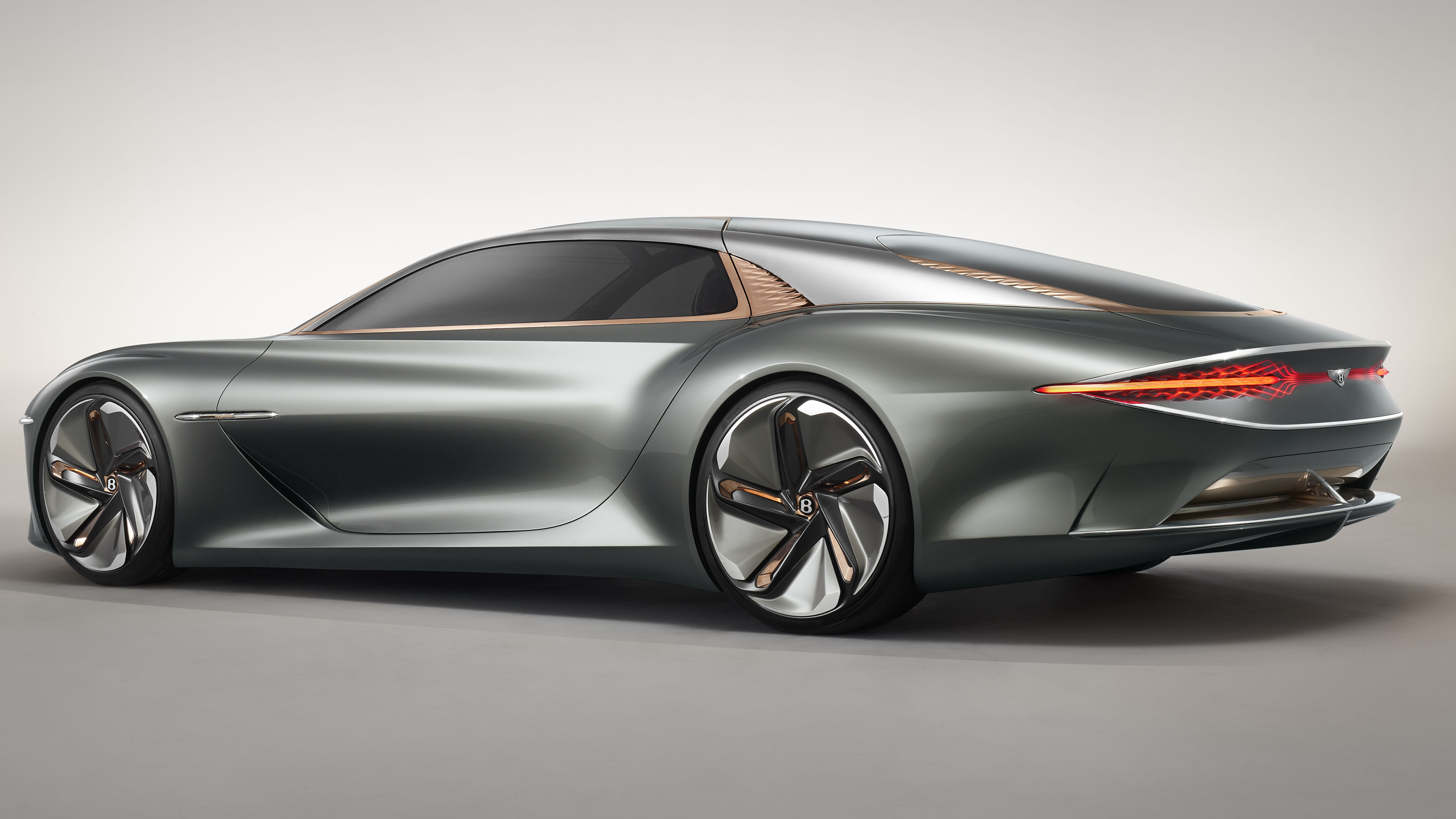 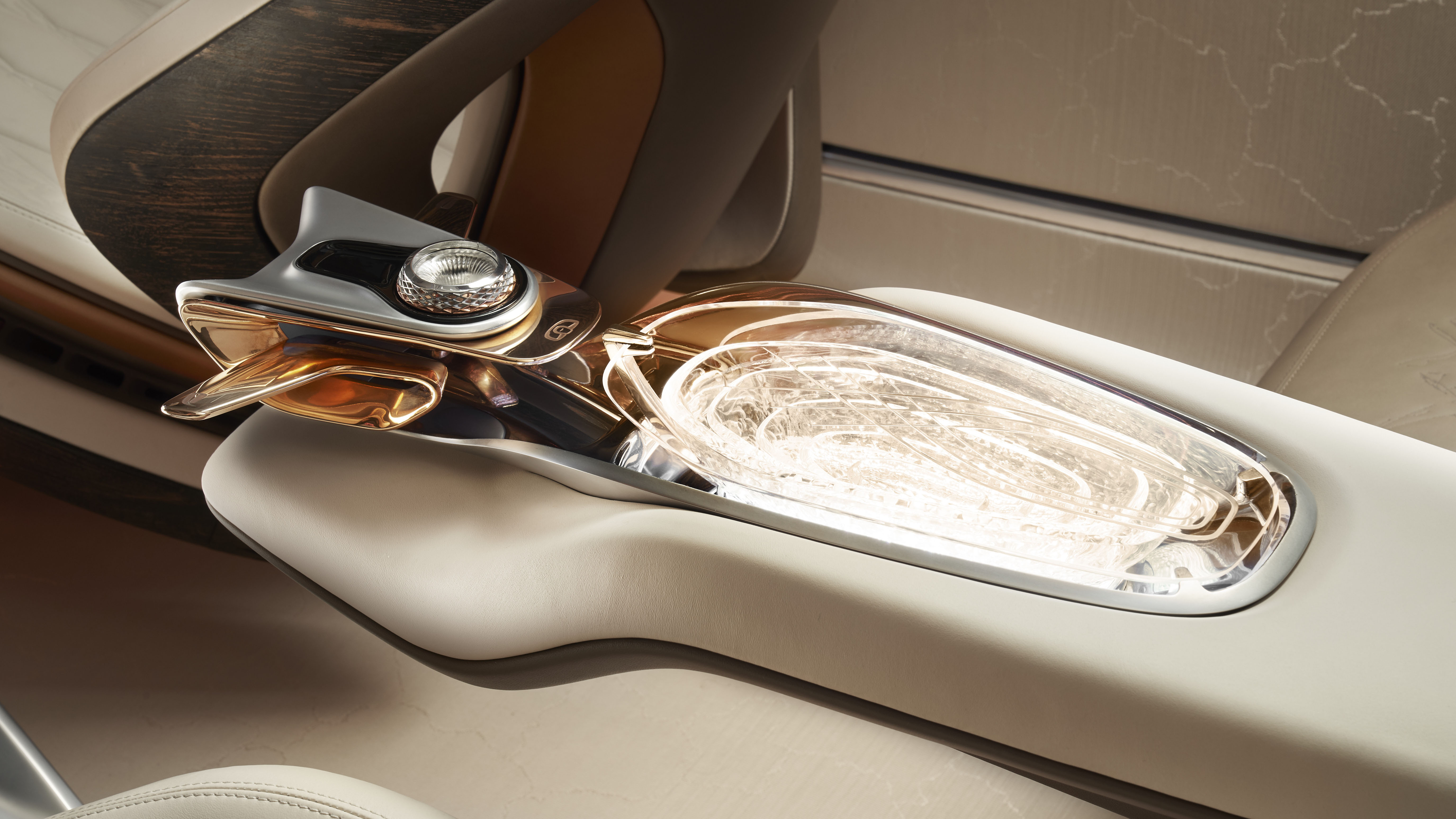 Tall as today’s Continental GT but longer than a Mulsanne and as spacious as a Flying Spur, Bentley’s 100th birthday present to itself is just massive. Its bigness is the first thing you notice, as a matter of fact. The doors – which scissor upwards like an old Lambo Diablo’s – are basically as long as a whole Smart ForTwo – that’s the kind of scale we’re talking about here. But then, nothing says luxury quite like excessive amounts of space.

The second thing you notice is the grille, which isn’t really a grille at all because the EXP 100 GT – a glimpse of how the Bentley GT of 2035 might look – is of course powered by electricity. The company claims a range of around 430 miles, a top speed of 186mph and 0-60mph in 2.5 seconds were it, y’know, a real thing...

The ‘grille’, then, serves a different purpose. It’s made of a kind of clear acrylic, and incorporates many individually-controlled LEDs so it can effectively ‘communicate’ with passers-by. The pattern changes depending on whether the car is in autonomous mode – it’s “see or be seen”, as Bentley designer JP Gregory puts it.

Then there’s the aesthetic argument. Gregory says: “There’s a lot of start-up brands at the moment – like Lucid and Faraday Future. And they’re all really handsome cars actually, but one thing they all don’t have is a particular identity.

“As a designer it’s ying and yang, because it really appeals to me to have a blank sheet of paper. But it’s also a disadvantage, because all of them follow the zeitgeist of what’s cool now. So they all end up looking quite similar. To have that rich and deep heritage to draw from is an advantage. Why ignore it? You have to look at a car and instantly know it’s a Bentley.”

The EXP’s electric-ness also means that if you look closely, its proportions are a bit off. Not bad-off, but different-off. Usually a car like this is all bonnet, but the Bentley is a good 80 per cent cabin. “The front screen is much further forwards than we’re used to on a Bentley,” Gregory acknowledges. He says this is partly because they don’t need to leave room under the bonnet for a big W12, but it’s mainly driven by the car’s “drive or be driven” concept that demands much interior space.

Despite its size, the EXP 100 GT seats only four. Or sometimes just two, depending on how you configure the clever seats. Admittedly in glorious opulence, surrounded by the world’s finest materials. Such as 5,000 year-old oak dredged-up after millennia spent underground, and leather made not from animal hide, but grape pulp left over from fine wine-making. Yes, really. The attention to detail in here really is something – far above and beyond what you’d normally expect to see in a concept.

Bentely says the interior is designed to boost the “physical and mental wellbeing of passengers”. There’s lots of light thanks to the exquisitely intricate glass roof, while biometric sensors monitor eye and head movements, blood pressure and so-on then adapt the car to suit. Everything is managed by the Bentley Personal Assistant AI, which passengers can interact with by waving their hands over crystal ornaments.

Its ‘Enhance’ mode is supposed to replicate the feeling of open-top motoring, by interpreting the conditions outside and to an extent replicating them inside. ‘Cocoon’, meanwhile, ups the level of air purification and turns many of the windows opaque. ‘Capture’ records significant moments on your drive, which can then be replayed with the ‘Re-Live’ function.

In-car displays are mainly transparent OLEDs, which is why it looks like there aren’t any, and there’s an interesting cartridge system that delivers items from under the car’s bonnet into the cabin. The double-bubble design of the dash is reminiscent of Bentley’s current models, though here the steering wheel is not a permanent fixture. It motors back into the dashboard when you’re letting the car do the driving.

It sounds like the EXP is possessing of much seemingly pie-in-the-sky tech. But Bentley insists pretty much everything on the EXP 100 GT is being worked on by its designers and engineers. From the Bentley Personal Assistant AI to the transparent OLED displays and adaptable tyres/wheels – Bentley says there’s a “roadmap” for pretty much all of it.

Which is why as concepts go, the EXP 100 GT isn’t especially wild. Certainly not as wild as some of the stuff that comes out of France, for example. Everything is rooted in reality, to a greater or lesser degree.

If Bentleys looked like this in 2035, would you save a space for one on your lottery-win shopping list?