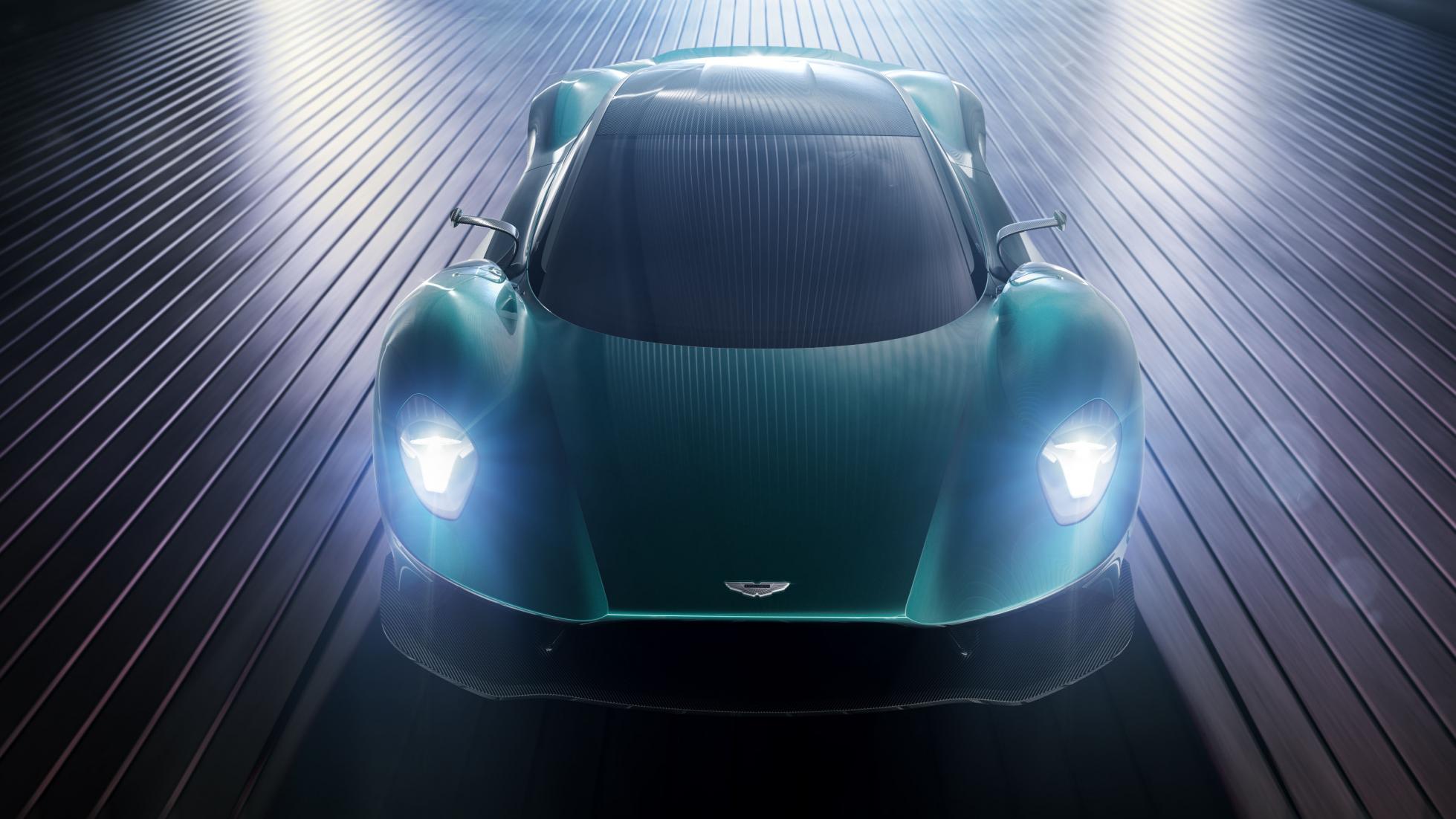 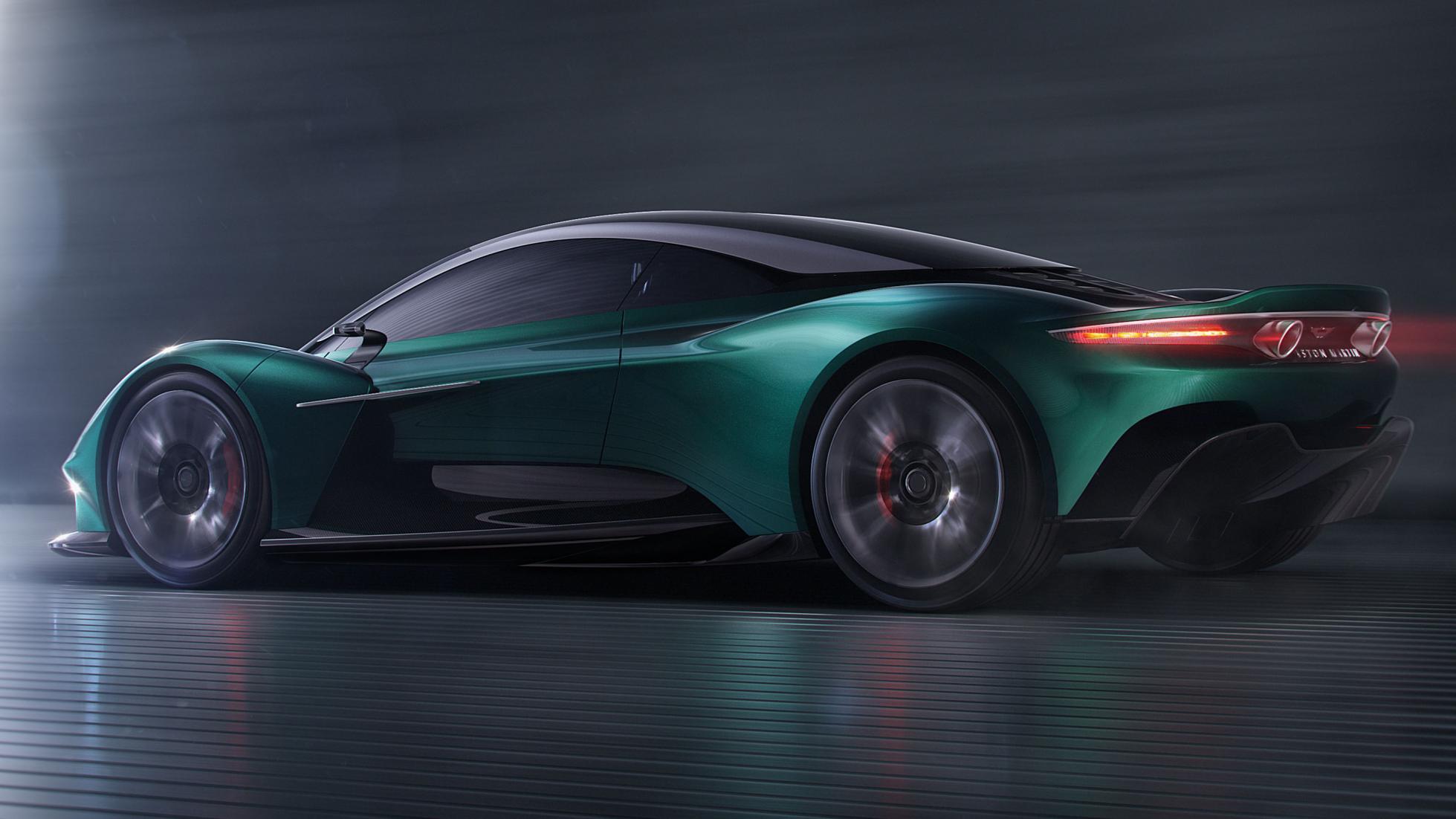 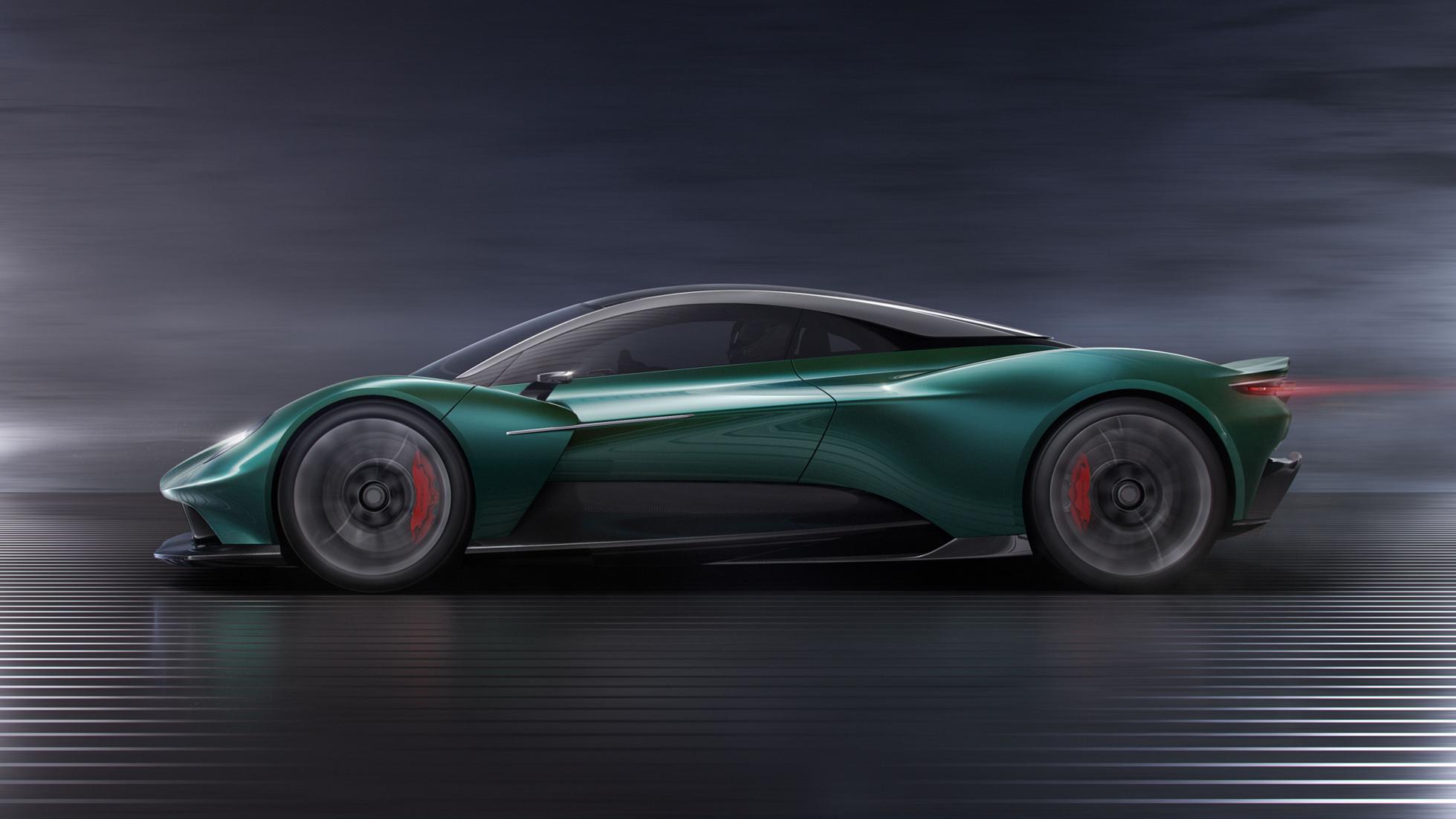 Aston Martin's CEO Andy Palmer is quite open that he's aiming to do a Ferrari with the two mid-engined cars he unveiled at the Geneva show.

The first is the AM-RB 003, a carbon-bodied hypercar with a hybrid engine, in the LaFerrari manner.

Second up, the Vanquish, shown as a concept. When it launches in three years' time as an aluminium V6 hybrid, it'll be a direct competitor to the F8 Tributo.

"We'll get sales from the Ferrari, McLaren and the Lamborghini Huracan Evo," Palmer says of the Vanquish. He also admits that he's planned for it to cannibalise a few sales from the front-engined Aston Martins. 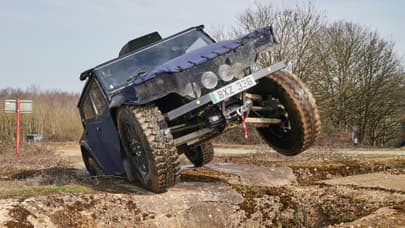 Looking further ahead, he says there will also be a Volante version of the Vanquish, and a hardcore AMR Pro with even more performance. Again that's an industry-standard approach. He says the Volante will go against the rivals' Spiders, and the AMR Pro against the Huracan Performante, McLaren LT and the Ferrari Pista replacement.

Ferrari is also his target for Aston's projected production numbers. He wants to sell 7,000 sports cars a year, plus another 7,000 from the new Welsh factory split between DBXs and Lagondas. He namechecks Ferrari's two previous bosses. "Luca [di Montezemolo] wanted Ferrari to stay at 7,000 cars a year, Sergio [Marchionne] said 14,000 [including the new high-riding Ferrari crossover]. What works for Ferrari works for us."

So why would people buy an Aston Martin instead of this absolutely superb existing mid-engined establishment? Looks are part of it. "It will bring our proportions, beauty and elegance to the mid-engined segment. Others are more aggressive." Design director Miles Nurnberger calls the Vanquish 'seductive'.

Looking further ahead, Palmer says the visual themes of the Vanquish will be carried on to the next front-engined car. "The Vanquish is an important part of what the DB12 looks like." Remember, the plan for Aston is to replace every car on an eight-year cycle, so that puts the DB12 as replacing the DB11 in 2024.

That 'seductive' body clothes an aluminium structure. Again like Ferrari but unlike McLaren which uses a carbonfibre tub. "We know how to bond aluminium," says Palmer, as the current front-engined range and the DBX are made of the stuff.

He also says surprising amounts of the mid-engined aluminium platform can be shared with the next front-engined cars. Also, the Vanquish's electrical system is Mercedes's – as per the DB11, Vantage and DBX. Daimler remains a shareholder in Aston.

The Vanquish will share its new V6 with the AM-RB 003, although not in such a stupendous power output. It's twin-turbocharged and Palmer confirms all versions will add performance through a hybrid motor. We know Ferrari is working on a similar system. McLaren also talks of a downsized powertrain for the future.

But why would Aston make such a huge and risky investment in its own new engine when its has access to the AMG V8? "Well, we have engineers. They did our turbo V12 and I didn't want to send them home," Palmer grins. "We are able to attract engineers to this brand. They have an appetite to do something special. And a V6 is basically half a V12." So if you want to know details about the size and tech in the V6, take a look at Aston's V12.

Anyway supercars are about emotion not just practical engineering and accounting decisions. "The engine is the heart of a car, especially in a mid-engined one. It's part of the passion."

Then an aside. It's not just about selling cars. It's about making them. He points out that it's 19 years since an Aston left the factory with a British-assembled engine. "I'm trying to re-make the UK car industry. I want to manufacture cars in the UK. But the UK doesn't know its arse from its elbow at the moment." Is that Brexit reference on the record? He nods.

Even so, his plan for manufacturing is going pretty well. When he arrived in late 2014 he promised to deliver a whole new range of cars more diverse than before. The DB11 and Vantage are done. And the DBS which he candidly calls a 'sporting version of the DB11', not an independent model. The first final-spec Valkyrie was also on the Geneva show stand. The first DBX pre-production cars are now being built in the new factory in Wales.

In that context, a Geneva show stand with three all-new concept cars – the AM-RB 003, the Vanquish and the Lagonda All Terrain – isn't so fantastical. As Palmer patiently reminded me I'd opened our interview by comparing his company's ambition with Lotus's Paris-Show splurge in 2010. Aston doesn't just have a strong brand, it now has working capital, keen customers and a track record.