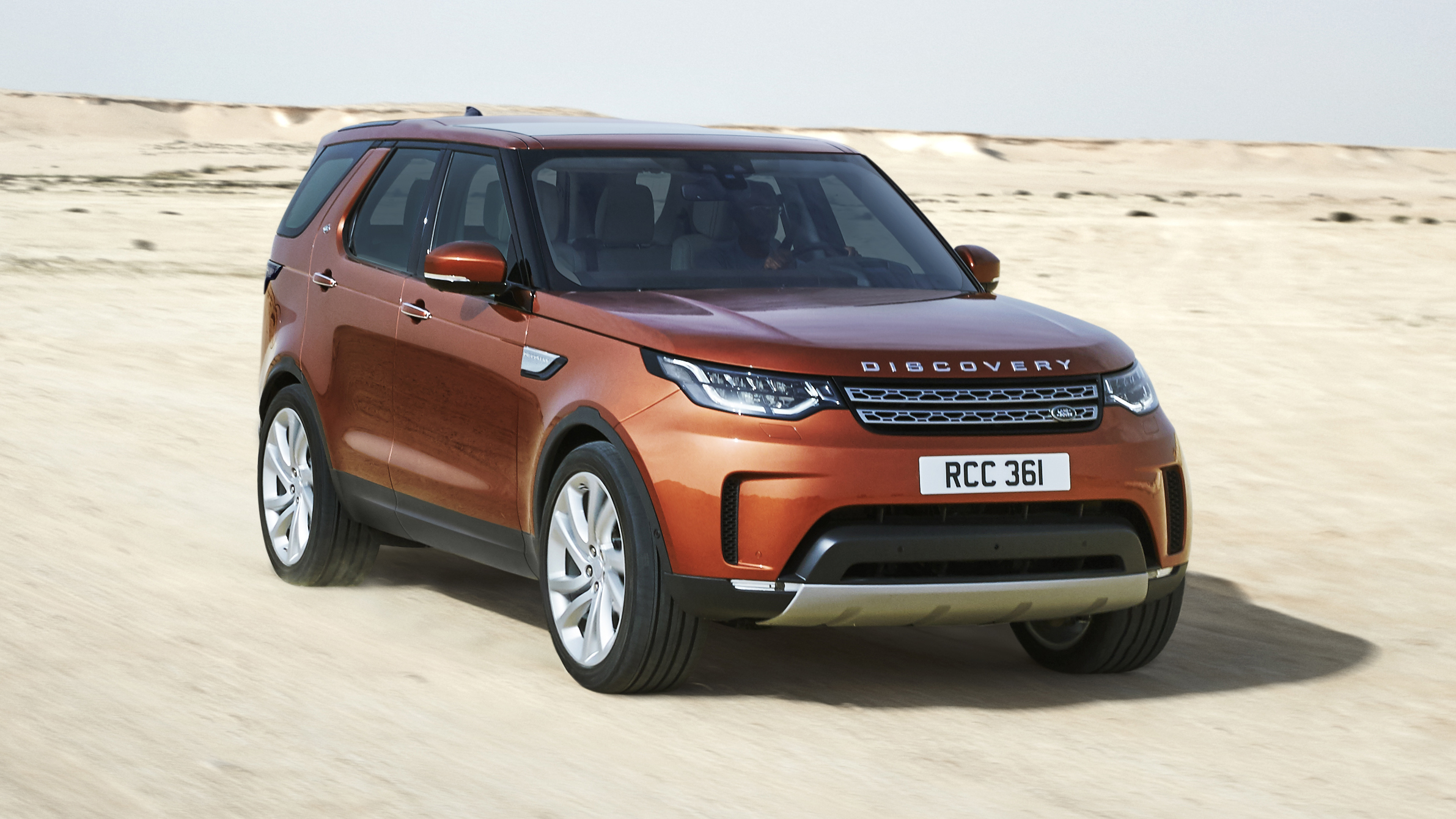 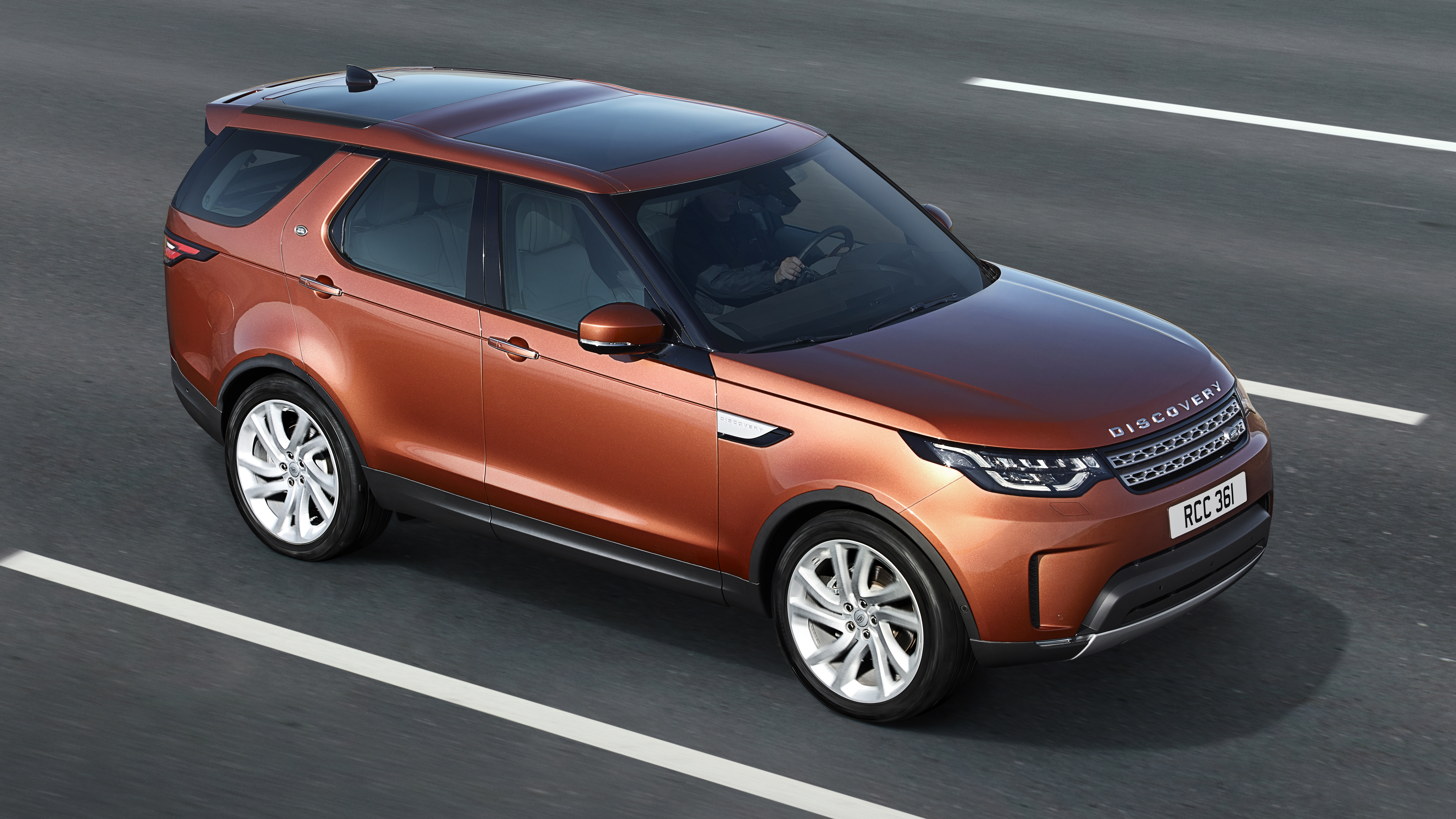 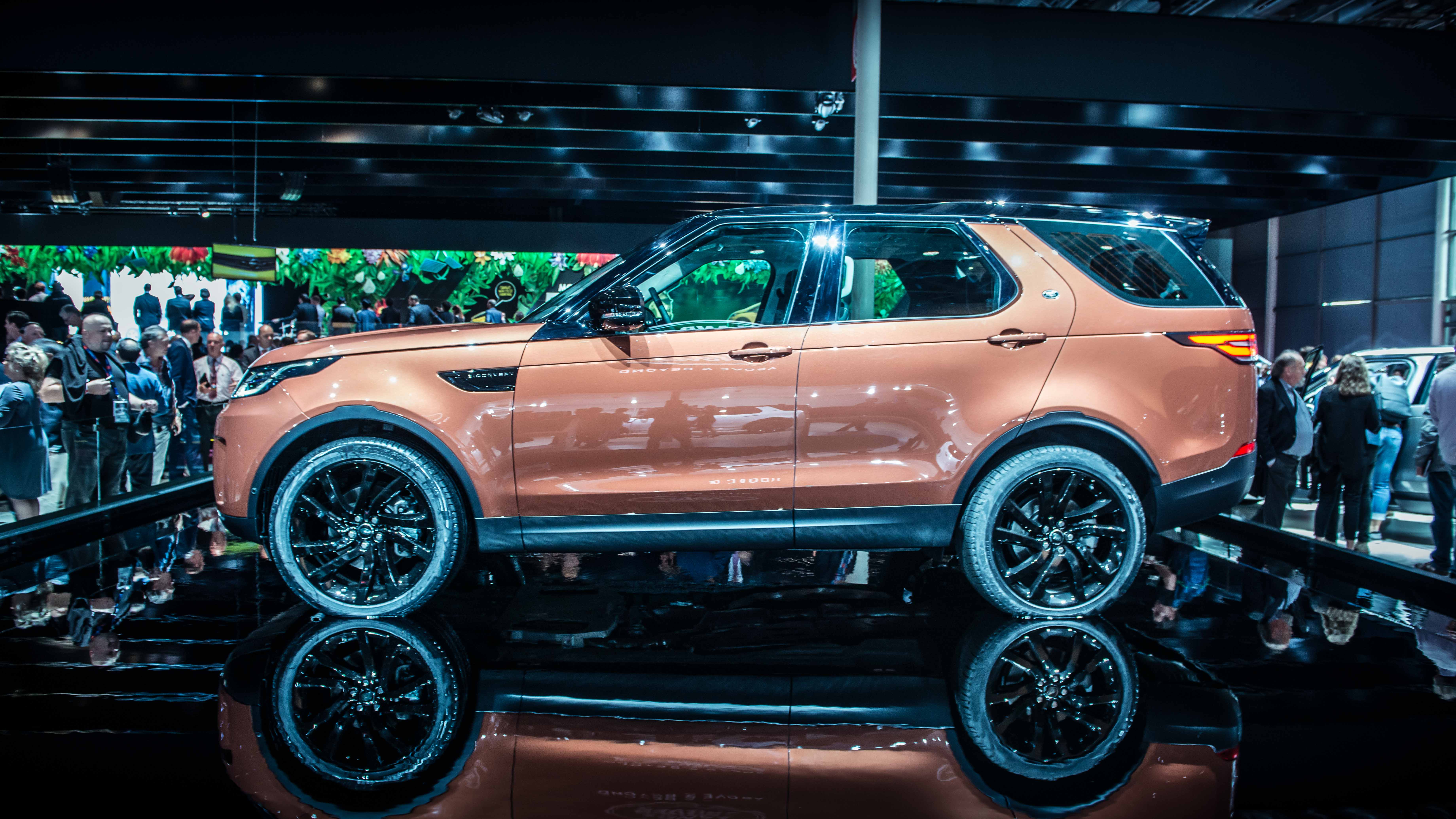 If the new Land Rover Discovery – revealed tonight ahead of its Paris Motor Show public debut – doesn’t look that radical to you, that’s probably because it’s very similar (read: identical) to 2014’s New York Vision Concept, or indeed the ever popular Discovery Sport. We’re big fans of the outgoing Disco - even with its bluff-fronted, slab-sided aesthetic it still looks pretty modern, but the new one makes it look positively archaic.

The windscreen has a ‘faster’ rake, the stepped roof is intact, and there are castellations round the wheelarches. At the rear, the new Disco gets horizontal rear LEDs, signalling the end of the split tailgate. It’s more dynamic looking, says Land Rover design boss Gerry McGovern, but also increases the loading aperture, while a rear spoiler optimises aero and stops the rear end getting too mucky. There’s also a new fold out inner section that can support 300kg, for hunting, shooting or fishing, and the new Disco has a best-in-class towing 3500kg towing capacity. It even keeps the offset rear numberplate, a Disco hallmark.

If it looks a touch heavy over the rear wheelarches, there’s a good reason. The new Discovery stakes a bold claim as the most useful car in the world. It’s 4970mm long, 2220mm wide, and 1846mm tall, which makes it 141mm longer than the outgoing car, but narrower and lower. Its wheelbase is 38mm longer, which helps increase cabin space, and allows LR to keep its famous ‘stadium seating’ while fitting full-size adults in the third row (which can be folded/erected via the main touchscreen, switches in the luggage area near the C-pillar, or by using a smartphone app).

With row three folded, there’s 1137 litres of stowage space, enough to accommodate a washing machine. Stash row two as well, and you get over 2,000 litres. There’s a total of 172 litres of storage space spread between door-bins, glove-box and under-floor areas, with room in the centre console for four iPads or a pair of two litre water bottles. The climate control panel even folds down to reveal a secret storage space, and up to four 12V sockets and nine USB charging points can be specified.

There’s also in-car 4G WiFi that can support up to eight devices. Upfront, the driver and passenger get JLR’s InControl Touch Pro multi-media set-up that includes a 10in touchscreen, dual-view, sat-nav with a new ‘commute mode’, and the full suite of connectivity. Hell, the new Disco probably has its own Instagram account. It’s not as pretty inside as the Volvo XC90, but it feels more robust.

Now, driving. Ground clearance is 283mm, and break-over and departure angles are bewildering. The wading depth is 900mm. LR’s Terrain Response 2 tech also ensures that any numpty can tackle heart-stopping off-road manoeuvres, by monitoring throttle mapping, steering input, and traction: All-Terrain Progress Control (ATPC) can set a crawl speed of up to 19mph, nudging us closer to autonomous off-roading, and the electric power steering can read different surfaces and vary feel accordingly.

The body is 85 per cent aluminium, which both lops a thumping 480kg off the base car’s weight (it’s now 2115kg unladen), and improves the Discovery’s sustainability credentials. The entire bodyside is a single pressing which improves rigidity while being less complex, there’s another single-piece pressing for the floor, the dash structure is magnesium, and lightweight steel is used on the front and rear subframes. The air suspension features a double wishbone layout at the front, and an integral multi-link rear for optimum roll stiffness without losing suppleness, with the added impact resistance an SUV demands.

JLR’s Ingenium engines land in the new Discovery, with the 239bhp 2.0-litre twin-turbo four-cylinder leading the charge. It shovels out 369 torques, and can deliver a claimed 43.5mpg and 171 CO2s. There’s also a 256bhp six-cylinder turbodiesel (we’ll take this one, please), and a 338bhp supercharged petrol. They’re all harnessed to ZF’s excellent eight-speed auto.

Prices start at £43,495 for the Discovery S, and the 600-unit limited First Edition – which features a map etched into the aluminium on the doors and dash – costs £68,295. The sweet spot is probably somewhere in between. Naturally, we plan to test it to destruction ahead of its on-sale date next Spring.