Will Porsche’s Mission E revolutionise the world of electric cars? 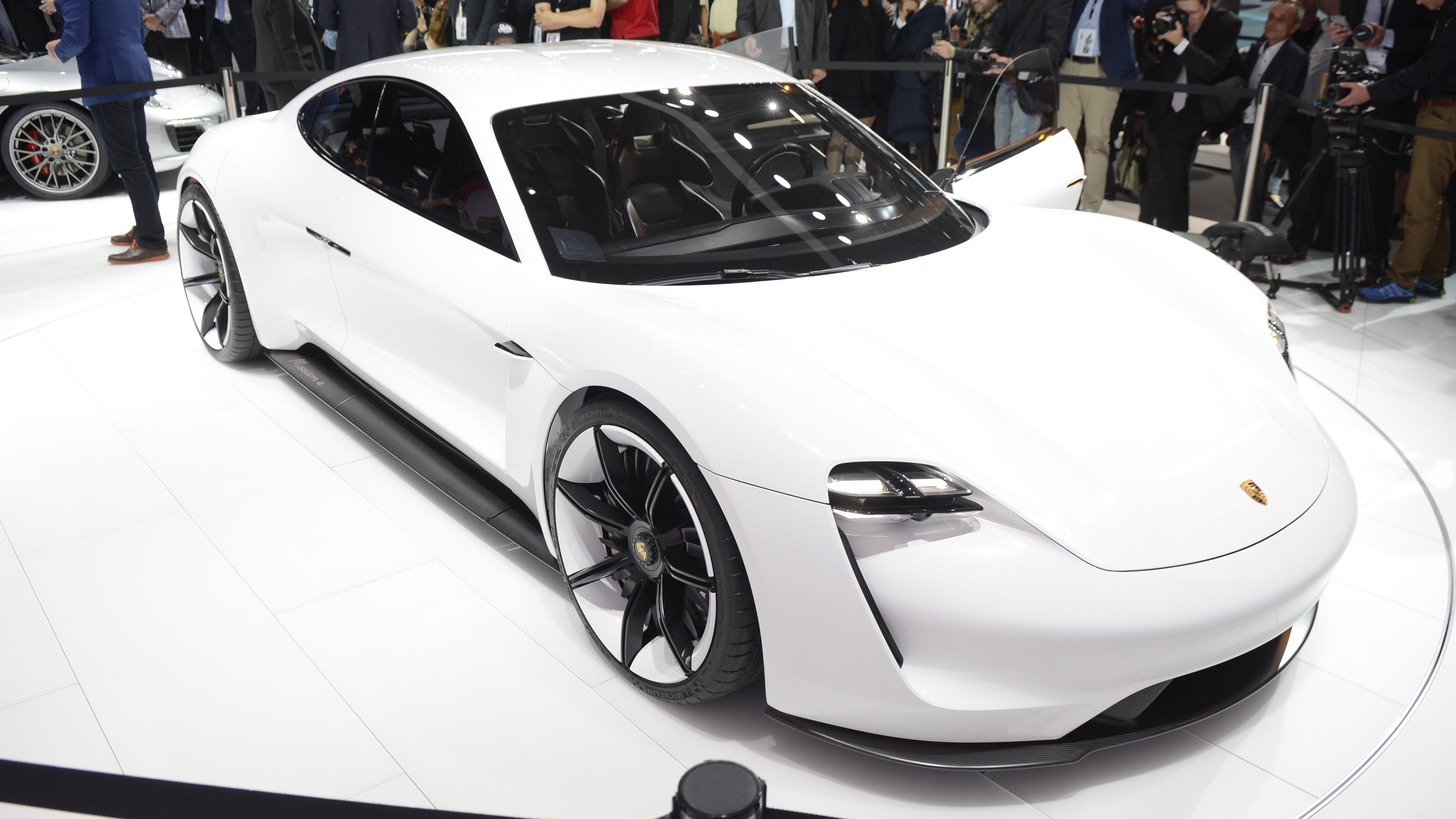 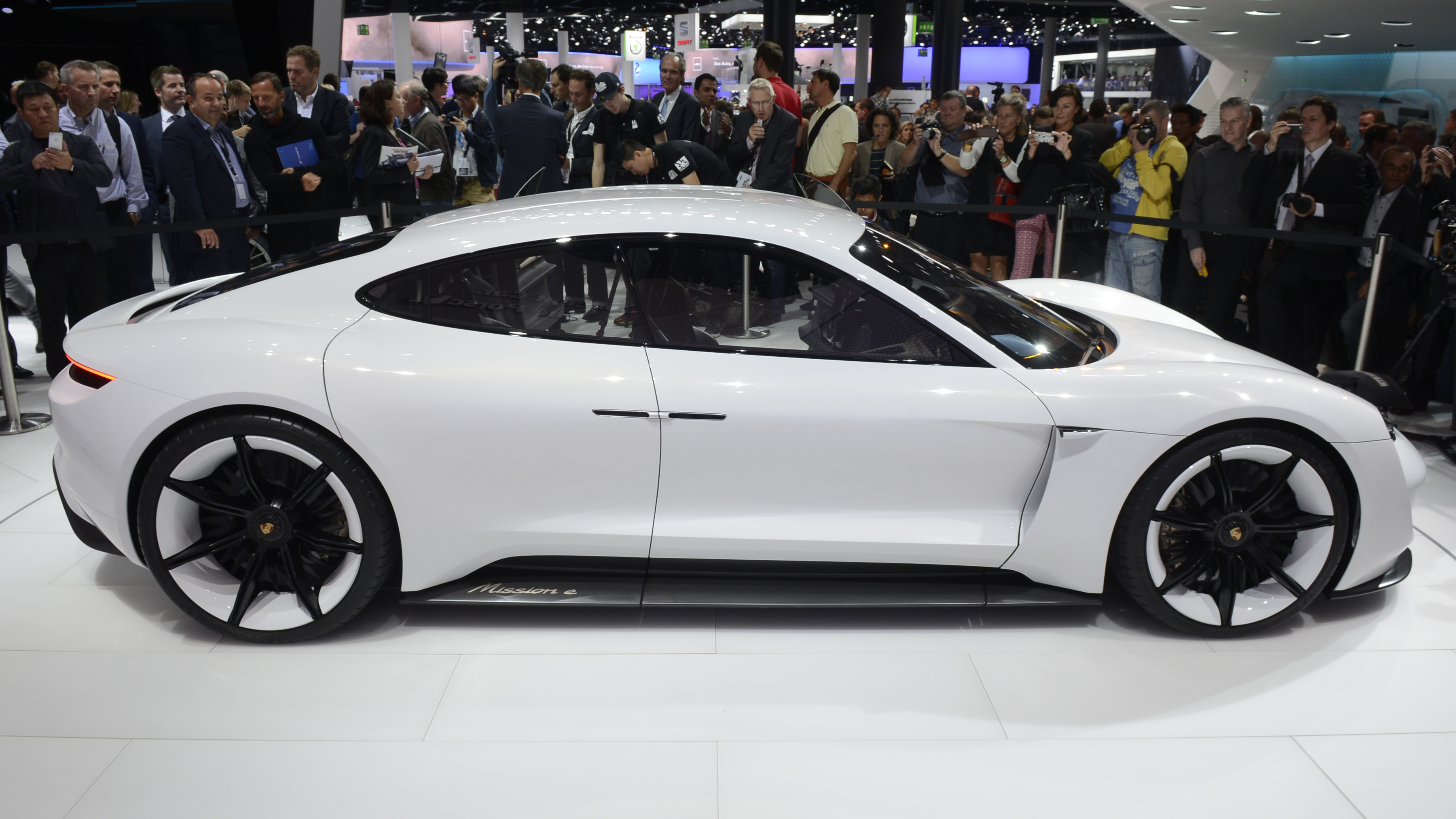 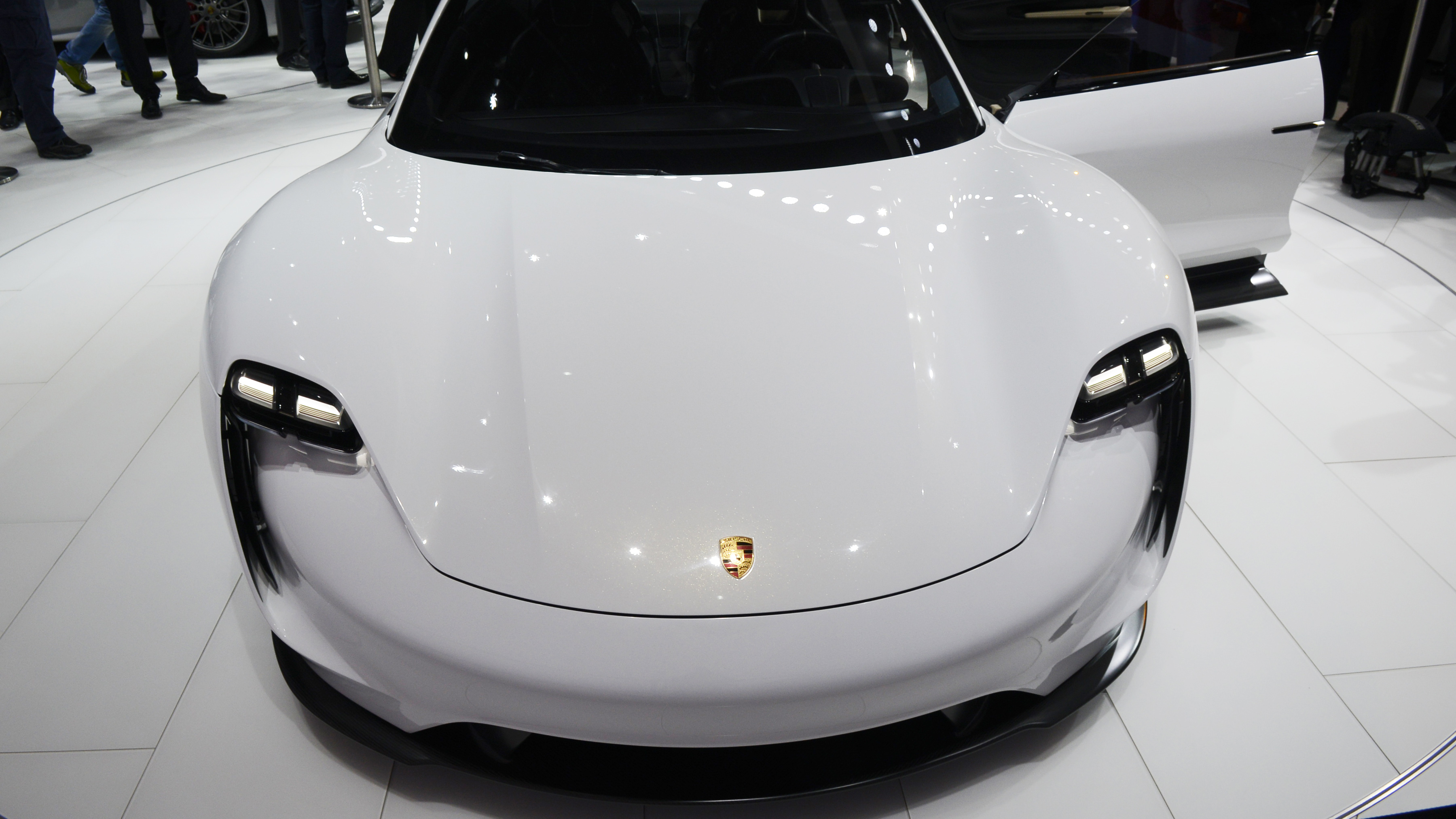 On that motto lies one of the most controversial features of the gorgeous Porsche Mission E, its high-voltage charge system that no other car can yet use. Even so it won't be a handicap to production.

To briefly recap, the Mission E was unveiled at the Frankfurt show to universal weak knees. It's a gorgeous, low-slung and compact four-seater with definite 911 overtones. But there's no engine. It has front and rear electric motors, and should do 0-62mph in 3.5 seconds, 0-125 in 12, even when the battery is fairly depleted.

We're talking with Dr Stefan Weckbach, who developed the car, and he's busy explaining why its uniquely powerful charging system is vital. "If you are driving from Munich to Hamburg, say, a 35 minute recharge time is not acceptable." And 35 minutes is the briefest of any other full-electric car.

You can see why it won't do. The Mission E has a quoted range of 500km, or 311 miles. But like any electric car – or any petrol car come to that – the real-world range gets much smaller if you drive at autobahn speed rather than 55mph-odd.

That's why you'd need at least two re-charges on that 500-mile trip from Germany's southernmost big city to its northernmost. Porsche drivers wouldn't have the patience to hang around while plugged in at today's charge durations.

So the Mission E could be recharged from flat batteries to 80 per cent (a notional 250 miles-worth) in just 15 minutes. Plug in, have a coffee and a pee, pay and be on your way. Their puntastic name for the process is Porsche Turbo Charging.

But there's the gotcha. To do that it needs a charger delivering up to 300kW of power at 800 volts. There's nothing like that out there today. Even Tesla Superchargers don't go above 120kW.

Remember, more charging power equals quicker charge. Power is the multiple of voltage and current, so higher voltage means lower current. Energy lost to heat in wires is proportional to the square of the current.

Basically, if the car and the charging cable aren't to fry during fast charging, you need high voltage.

But no 800V charging points exist. Not even an agreed standard. Weckbach says "There's a big discussion at the moment between car makers and governments to get the infrastructure. If the government invest it must be in the right technology, which is not 480 volt." But 480V is the highest planned in Germany right now.

Weckbach says the actual technology in the Mission E – batteries, motors, high-voltage electronics – will be ready for about 2019, and that would be a reasonable timeframe to get the car into production. The battery cells are commodity items shared with the rest of the VW Group, but the power electronics and motors are unique to Porsche.

What on earth is the point, TG wonders, of launching a car with nowhere to plug it in? Weckbach points at the compromise. The Mission E plan does include a converter, so it can use a conventional 400V charger and step it up in the car to 800V. But of course that would roughly double the recharge time. It can also use home-based wireless inductive charging, again a slower process.

Beautiful and stonkingly fast. The technology is feasible

But look on the bright side. Once the batteries were full, it would still be the Porsche of electric cars. Beautiful and stonkingly fast. The technology is feasible. The Mission E concept car is not much more of a stretch than the 918 concept was when first seen in 2010. And they got that into production.

Weckbach says it would use a multi-material body of mostly steel and aluminium. The monocoque won't be full aluminium or carbonfibre. "If the best solution were carbon we would do it, but we didn't come to that conclusion,” says Weckbach.

Cost was one reason for that decision. He positions it in the same price bracket as a Panamera Turbo, but it's more compact than the Panamera. Though the body and floorpan are unique, it would use related suspension to the next-generation Panamera, he says.

The low-slung platform has front and rear motors, for four-wheel drive. The batteries are spread all along the floor. Because the high-voltage system allows thinner wiring for a given power, the electrical system is light enough to allow a 2000kg overall weight.

I bet plenty of us want a version of this gorgeous body with a petrol engine. Any chance? "No," says Weckbach adamantly. It's not under discussion. We want this to be the first full-electric Porsche. There will be no version with a combustion engine." Later I ask the same question to Porsche R&D chief Wolfgang Hatz, and get the same answer with the same forcefulness.

Porsche believes in this car. There's a lot of grandstanding about the 800V system, because they want to get the car industry and charge point businesses to buy into an 800V standard. But because it will also be able to use lower-voltage charging, it will go into production in the timeframe they're suggesting. And it will be future-proofed for when – or if – the Turbo Chargers arrive.