The world of good value crossovers goes electric. Who's leading the charge? 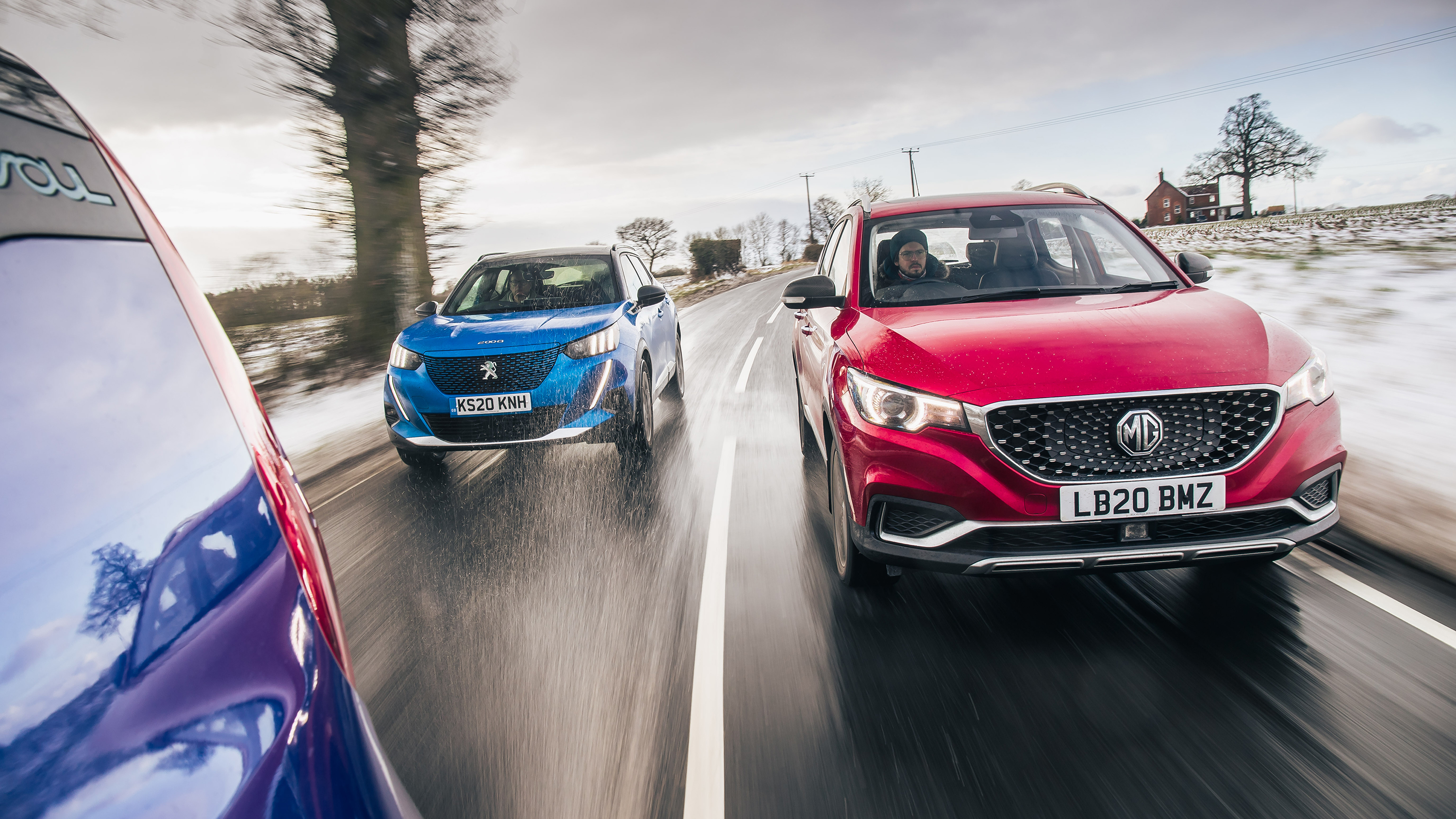 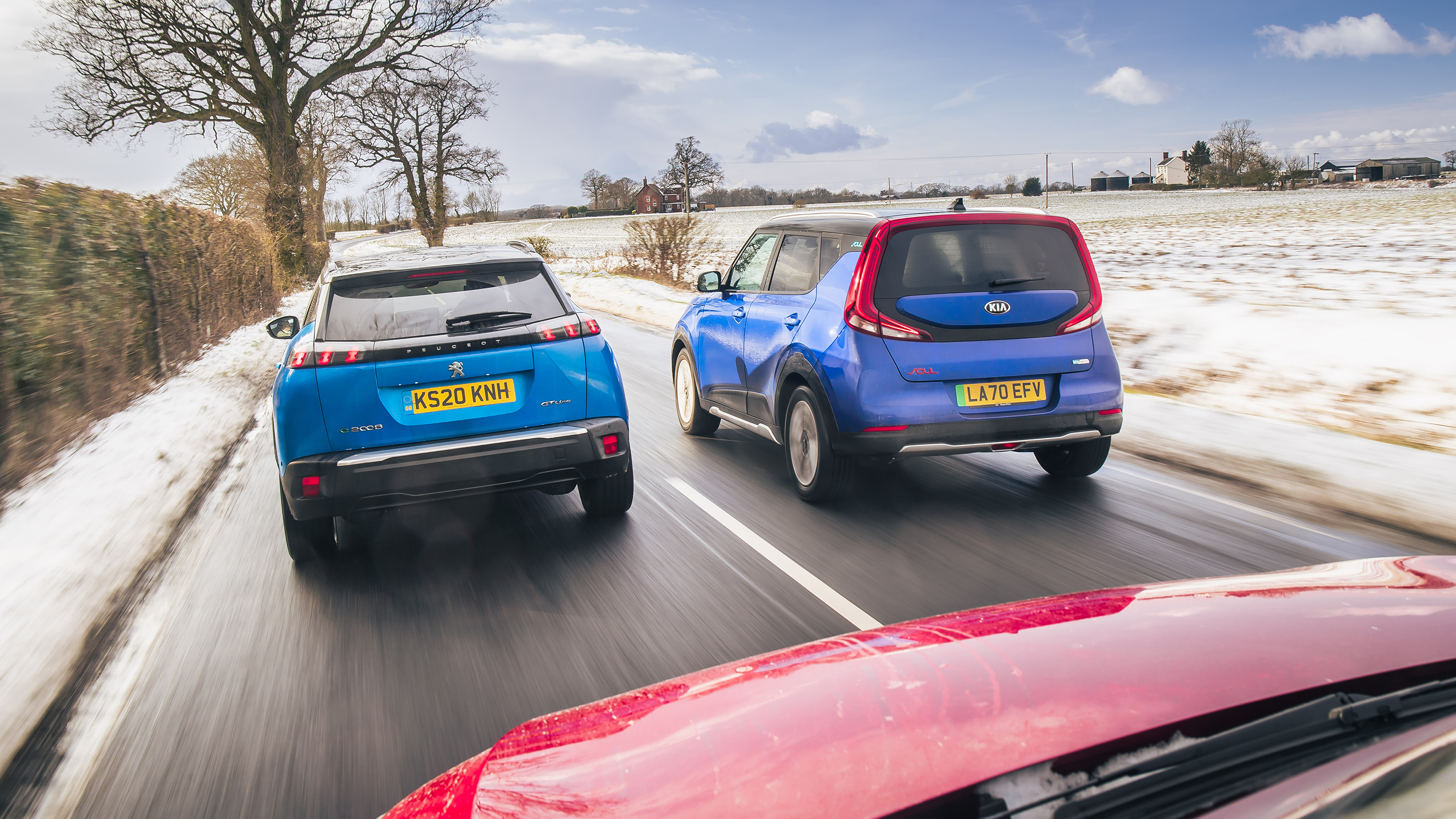 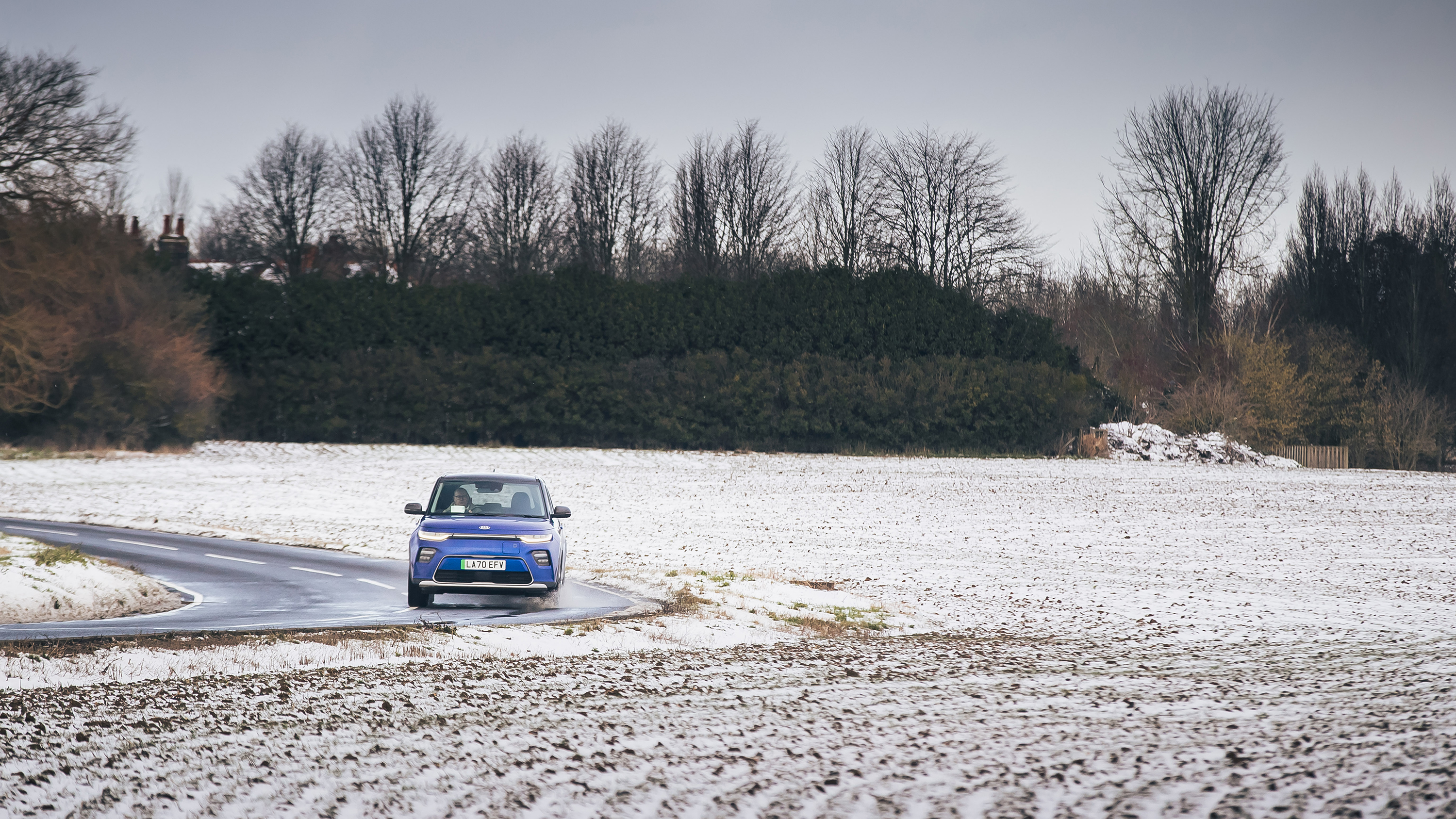 Electric crossovers. Not excitement central but about to become very relevant indeed. So you’re looking to spend around £350 per month, but you need room for four full-size humans and a decent sized boot. The truth is that EVs remain pricey, which brings us to the three contenders you see here: staging posts on the mass market invasion. Park any lingering badge snobbery, embrace the crossover concept and things get quite interesting.

Kia’s cuboid Soul has been around since 2008, a hit with hipsters in America, and a key component in the brand’s thoughtfully executed escape from the bargain bin over here. More recently, the pure-electric Soul has outsold its ICE siblings to the extent that this all-new car is now only available as an EV in Europe. It uses the same 64kWh battery as the e-Niro and its cousin the Hyundai Kona Electric, its electric motor good for 201bhp and 291lb ft, and costs £34,545.

Want to talk escapology? Few gen-Yers will have any knowledge of MG’s big-selling British sports car past, never mind its acquisition by the Chinese company SAIC in the Noughties following the Rover Group’s collapse. Who foresaw that once resonant octagonal badge washing up in 2021 glued to an electrified quasi-SUV? Yet here’s the MG ZS EV, touting a 44.5kWh battery, a power output of 143bhp with 260lb ft from a standstill, and costing from £25,495, or somewhere just under £300 per month (with a small deposit). Yes, it has an on- paper allure that rivals a mid-market dishwasher, but think of it as a whizz-bang Chinese start-up and see if that makes a difference.

Peugeot’s legacy predates the invention of the motor car itself. No start-up shimmer here then, yet we’d argue that its design team is wiping the floor with everyone else on planet car. The e-2008 packs the sort of space-age vibes the year 2021 promised us but has mostly failed to deliver. The GT Line version tested here has a 50kWh battery, its e-motor produces 134bhp and 192lb ft, and it costs £34,630. This being European in origin, the promise of superior dynamics offsets its power deficit. The big question is, does this really matter in our rapidly recalibrating world?

Not least because the Bitcoin here is range. The Soul is off to a flying start with its superior 64kWh capacity and extra grunt, which results in a WLTP claim of 280 miles. To give you some context, the Mini Electric costs similar money but has a battery that stores half as much energy and, yes, approximately half the range. The Soul probably fancies itself in a style tussle with the Mini, but the consensus here is that this latest visual makeover actually makes it less appealing to look at than before. Contemporary lighting tech has blessed it with a facial expression midway between constipation and irritation. The clamshell bonnet has tidied up the shutlines, but elsewhere is much visual noise. The upright rear is better with its wraparound tail-lights, and the inset body-coloured panel with the Kia badge.

It’s also busy inside the car, with a profusion of different shapes, textures, and graphics. The Soul is a crossover that dreams of being an SUV, so you sit high and upright on electrically adjustable and heated leather trimmed seats. It’s -2°C on our shoot so those and a toasty multi-function steering wheel are welcome. Infotainment is handled by a central 10.25-inch touchscreen, whose old-school graphics might be ironic, but probably aren’t. It’s hooked up to Kia’s UVO Connect system which has an integrated eSim that’s online 24/7 to monitor weather and traffic, and advise on the nearest public charging points and whether they’re functioning properly. There’s also wireless phone charging, a head-up display, and punchy Harman Kardon audio system.

The MG is a box on wheels enlivened with a few curves, an unwieldy front overhang (blame the petrol car’s transverse engine layout), and suffers a generally under-tyred appearance. But do you care? It looks and feels bigger than the other two because it is, has the best front and rear legroom and the biggest boot (470 litres vs 434 litres for the Pug and 315 for the Kia), and you sit higher. There’s a mish-mash of materials inside and a lackadaisical approach to graphics, but while the MG’s user interface is laggy it’s easy to use. There’s an 8.0-inch central infotainment screen, different coloured tiles for the nav and Android Auto or CarPlay, and physical knobs for the climate control. Like the Kia, there’s a rotary drive controller with a decent haptic feel. It’s an Aldi Audi, and there’s nothing wrong with that.

The Peugeot is leagues better inside and out, in terms of its design flair, driving position and premium-ness. But not, it must be said, in its ergonomics. It’s vastly more visually stimulating than the other two, and has that coolly futuristic PSA-wide gear selector. But the little piano keyboard of physical buttons beneath the main multimedia screen is difficult to access on the move. There’s a fair bit of frustrated finger prodding in the e-2008, although the 3D main instrument display is brilliant – if you can get past the sci-fi steering wheel. The Peugeot’s also saddled with the most heinous warning sound of any car ever, should you be stupid enough to open the door with the motor still switched on. Other random notes? The Pug has a central storage cubby whose flap folds down to allow you to prop up your smartphone, with two USB ports flanking it. Clever. It’s also the easiest to physically charge, its port in the normal place on the rear left flank. (The MG’s is hidden in its nose behind the logo, which means you’re on your knees to charge, the Kia’s slightly higher up.)

The Peugeot is unquestionably the one to have if you care at all about how a car drives and feels, even if it’s the least powerful. Its superior driving position is mirrored in an aptitude for corners and the sort of behaviour that establishes a through-line to Peugeot’s fabled past. Not that its steering is particularly linear or indeed its ride award-winningly supple. But it’s a demonstrably more satisfying dynamic package than the Kia or MG. Still, if you’ve come here in search of driving jollies you’re looking in the wrong place.

They all cruise comfortably and that’s that. The MG is happiest in single-pedal regen mode (done via he Kers button on the centre console), the Kia letting you adjust the regen effect via steering column-mounted paddles, and using radar to monitor traffic ahead so you can coast to a halt without thinking. And they all let you switch between drive modes, sharpening throttle response for a brief but ultimately pointless buzz. Why squander that precious juice? 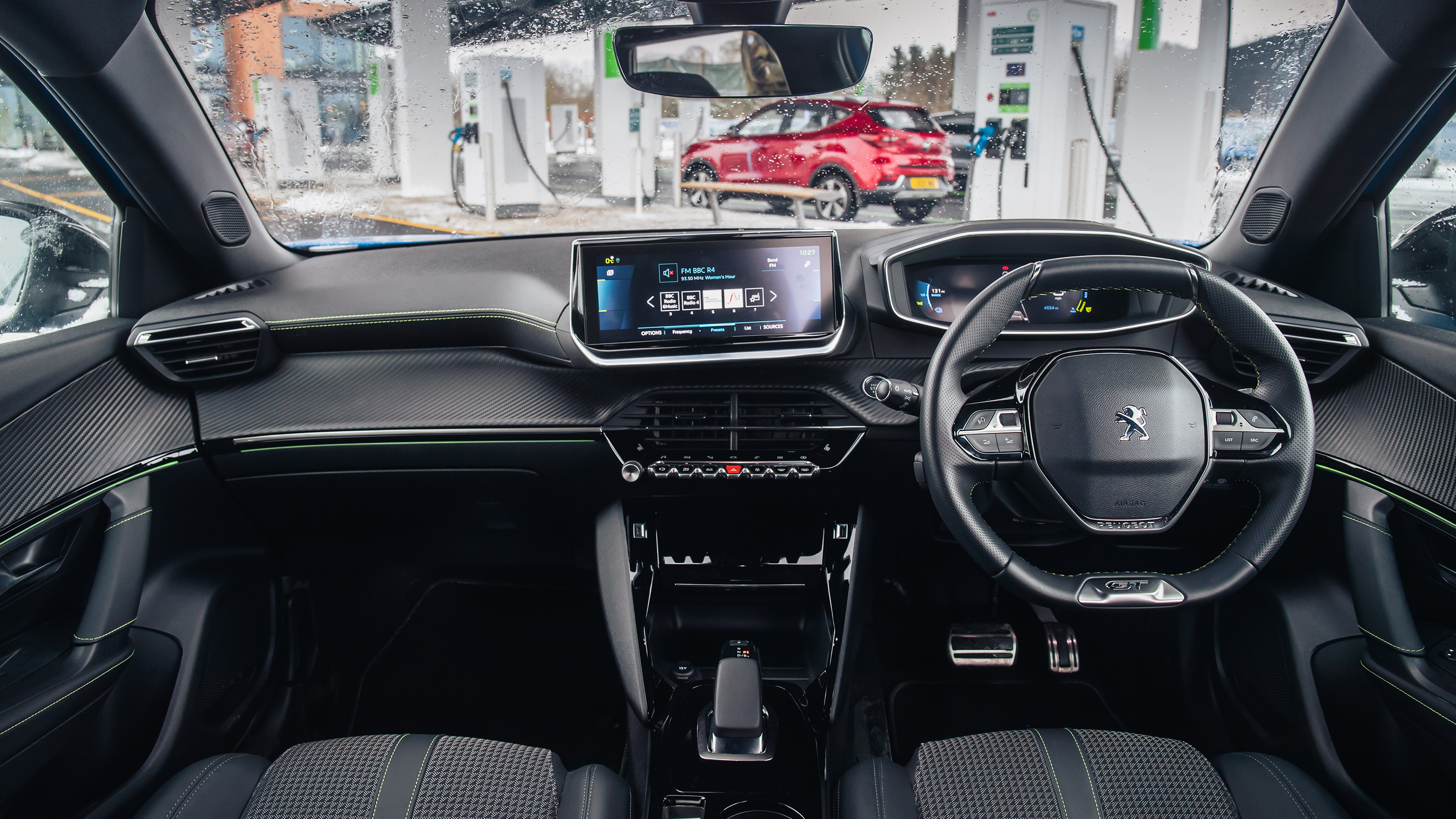 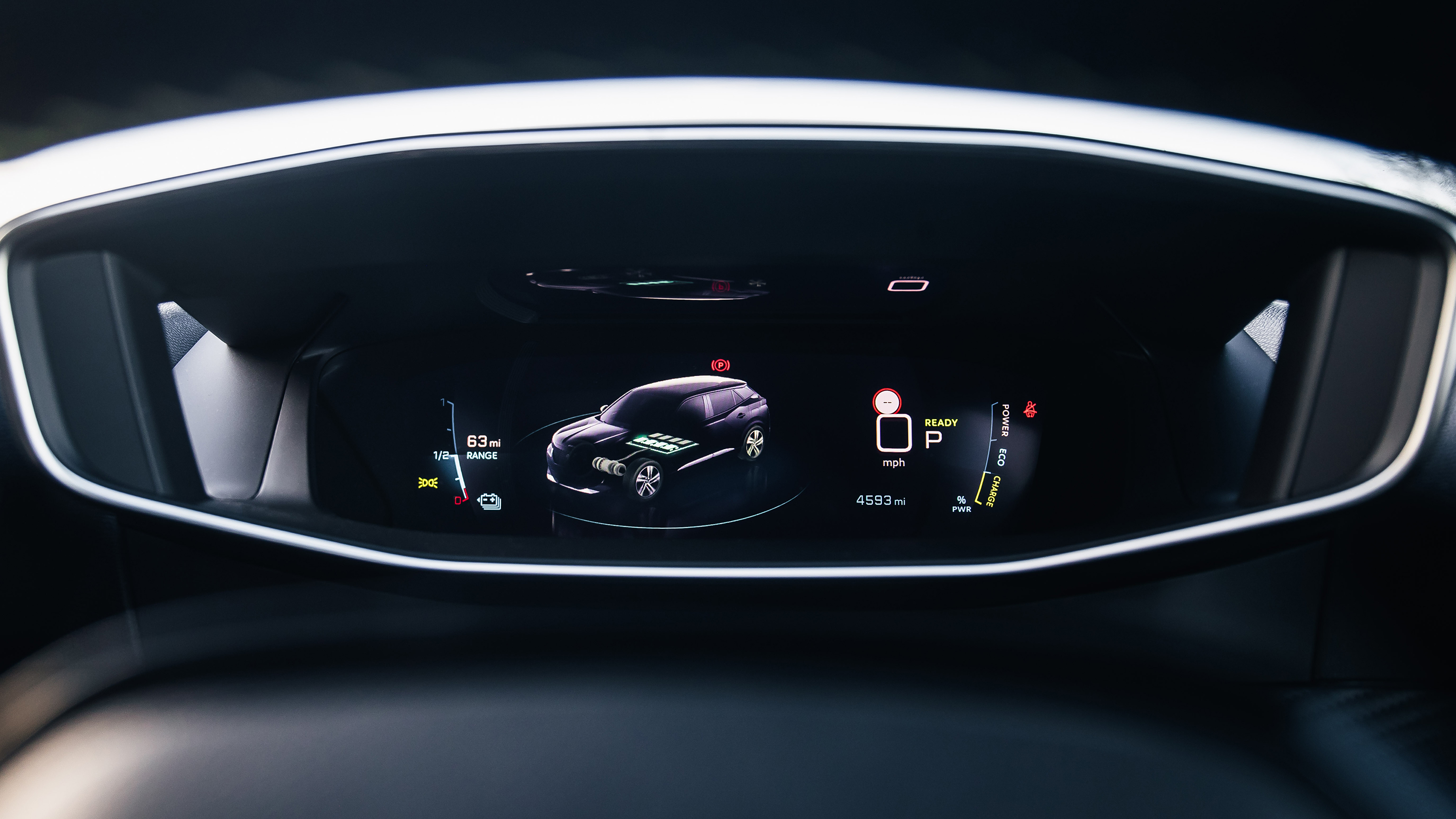 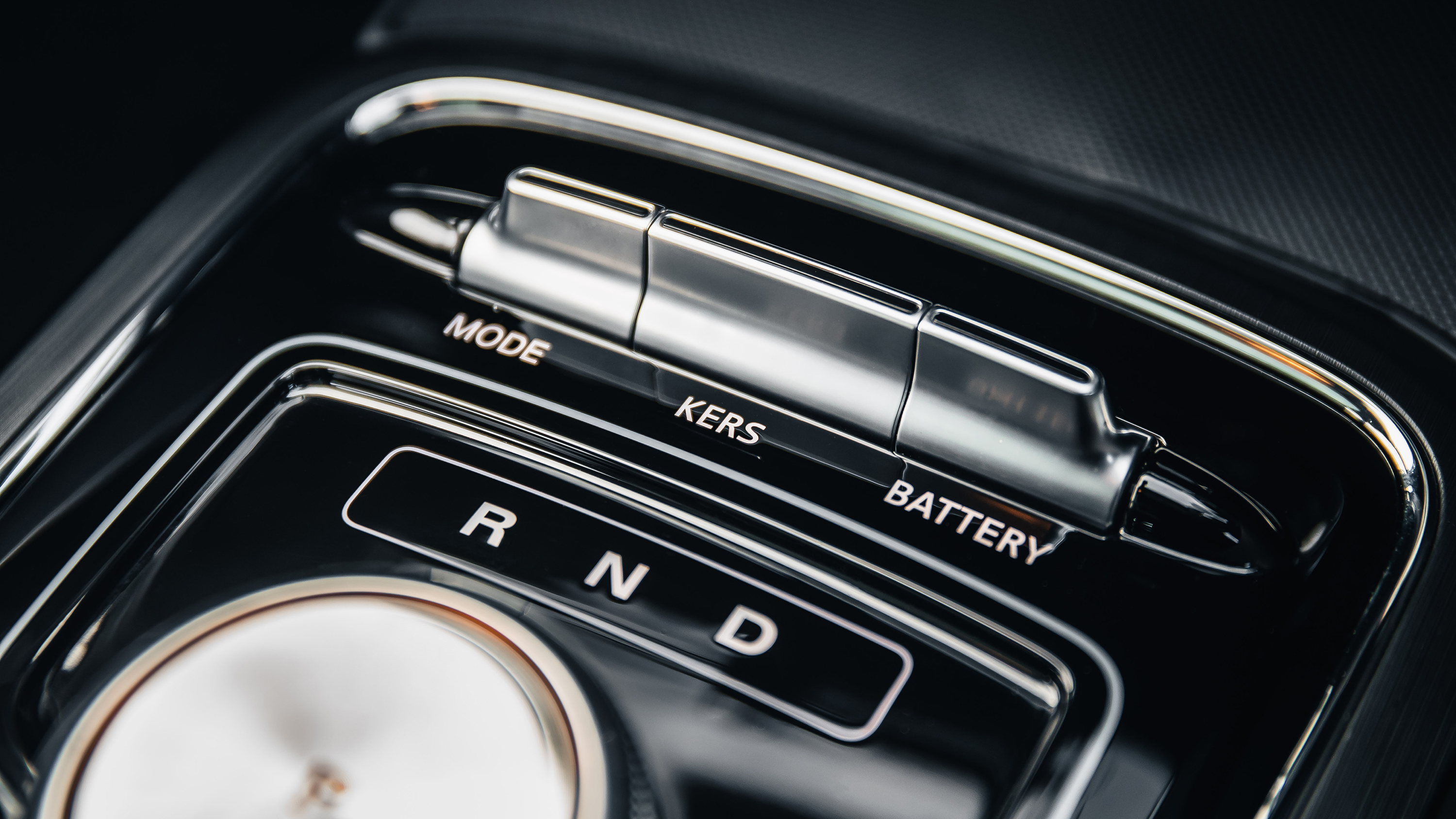 Which brings us to the important, sciencey bit. As we now know, there’s a serious disparity between WLTP numbers and the real world. Throw in some prolonged motorway driving and the range guessometer – which is precisely that – will shed the miles with squeaky bum inducing haste. And as our test was conducted in sub-zero temperatures, things were even trickier. My esteemed colleague Mr Horrell, TG’s resident EV expert and man of large brain, drove 140 miles in the Kia on the day, comprising gentle stuff to our meeting point at Gridserve’s Braintree forecourt, some livelier driving on an Essex B-road, then a spirited A- and B-road drive home.

Result? An average of 2.7mpkWh, which equates to a real world range of 187 miles versus the claimed 280. Oops. But: it was a freezing day, the Kia doesn’t let you pre-heat the battery, and its clever energy consumption read-out confirms that heating the whole cabin would draw 5kW. Multiply that by a few hours and it’s clear how deleterious this really is on battery and range. Stick to the heated seats, kids, much less of an energy sapper.

My experience with the e-2008 is very similar. Peugeot claims 206 miles of range but on a full charge it never shows more than 170 miles on the range indicator. I’ve been running this one for a few months now, averaging around 2.9mpkWh, and learning to rely on the State of Charge rather than the guessometer. On the day of our test, we managed about 2.6 mpkWh, but would expect that to rise to closer to 3.7 or so as the weather improves. Reckon on up to 30 miles more range if the exterior temperature is 15°C or above, and you’re laying off the aircon. Based on its usable capacity and taking all the variables into account, the Peugeot’s good for 180 miles. We’d estimate the Kia’s fair-weather range to be 230 miles. MG claims 163 miles WLTP, and it obviously has the smallest battery. The best we managed was 2.8mpkWh, but all the same caveats apply.

And there are others, too. The Kia and Peugeot can be replenished at a 100kW charger (50 for the MG), giving you a theoretical 100 miles in 20 minutes or up to 80 per cent in half an hour (after which the charging rate tails off substantially). But in our experience the time taken and charging efficiency can vary greatly; public charging points don’t always establish a seamless connection with the car, with comms issues at either end hobbling the flow of energy. Case in point: we plugged the e-2008 into a 100kW charger and drew 20kWh in 47 minutes. Beware of different charging fees, too. Ionity’s rapid chargers, for example, are much more expensive, at 69p per kWh, if you don’t have a contract. Hooked up to a 7kW home wallbox, the e-2008 costs about £6.50 to fully charge on a standard average domestic tariff, and will take 7.5 hours to finish the job.

Remember that while an EV costs more to buy, most of the charging is done at home so it’s much cheaper to run, as well as cleaner. Objectively speaking, the Peugeot is an easy winner. It’s highly imaginative in design and the best to drive. But it’s also the most expensive, although there are deals to be done. The Kia is an engaging alternative, similarly priced and armed with a bigger battery, though it has less on-road finesse. The MG’s big play is its value for money, which automatically admits a whole new audience into the world of electric mobility. For this we salute it, but we’d recommend spending a bit more if you can for a more polished end product. We’d go Peugeot.