And the Avenger, Recon and plush new Wagoneer will be joined by a fourth EV soon after... 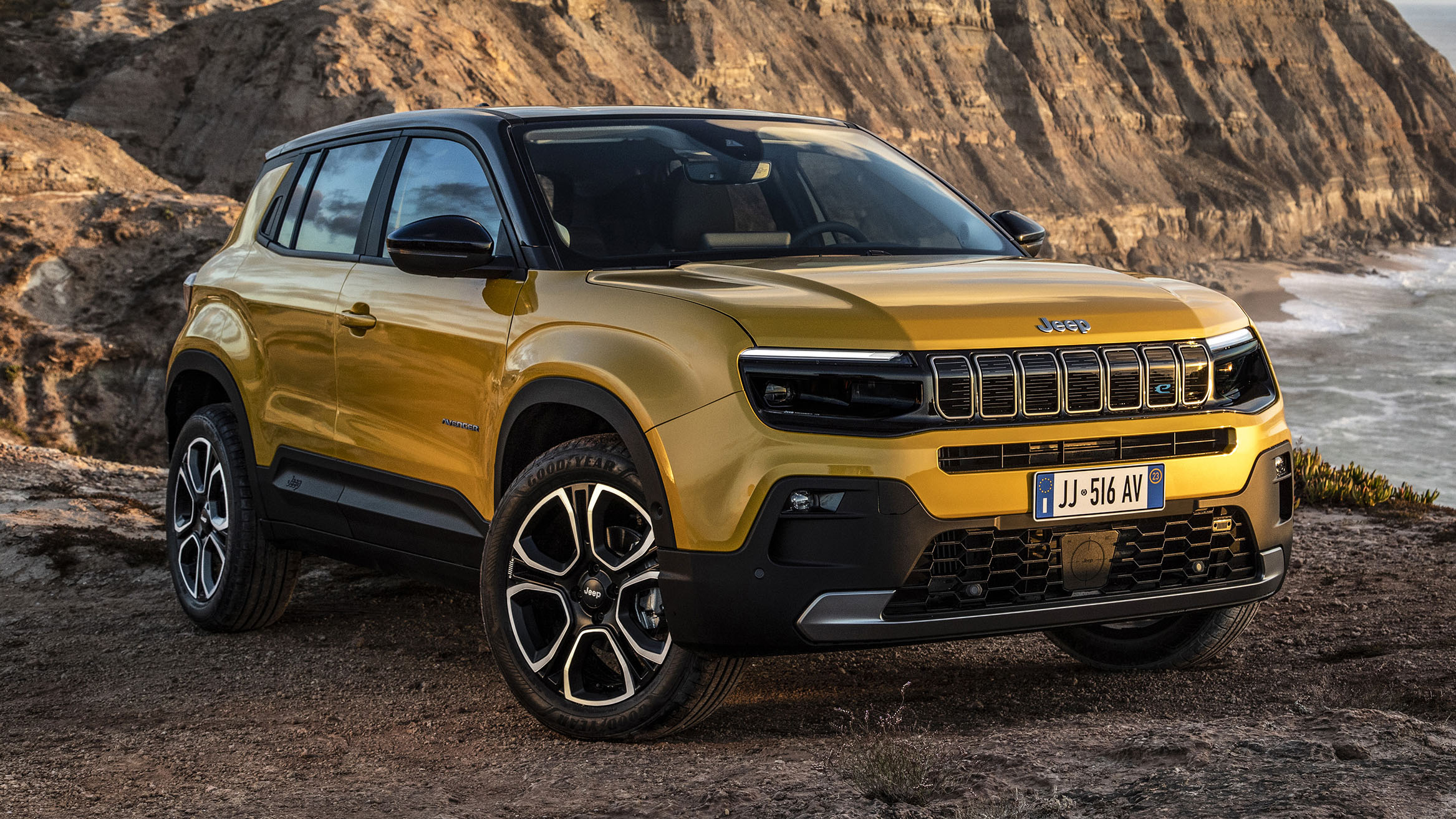 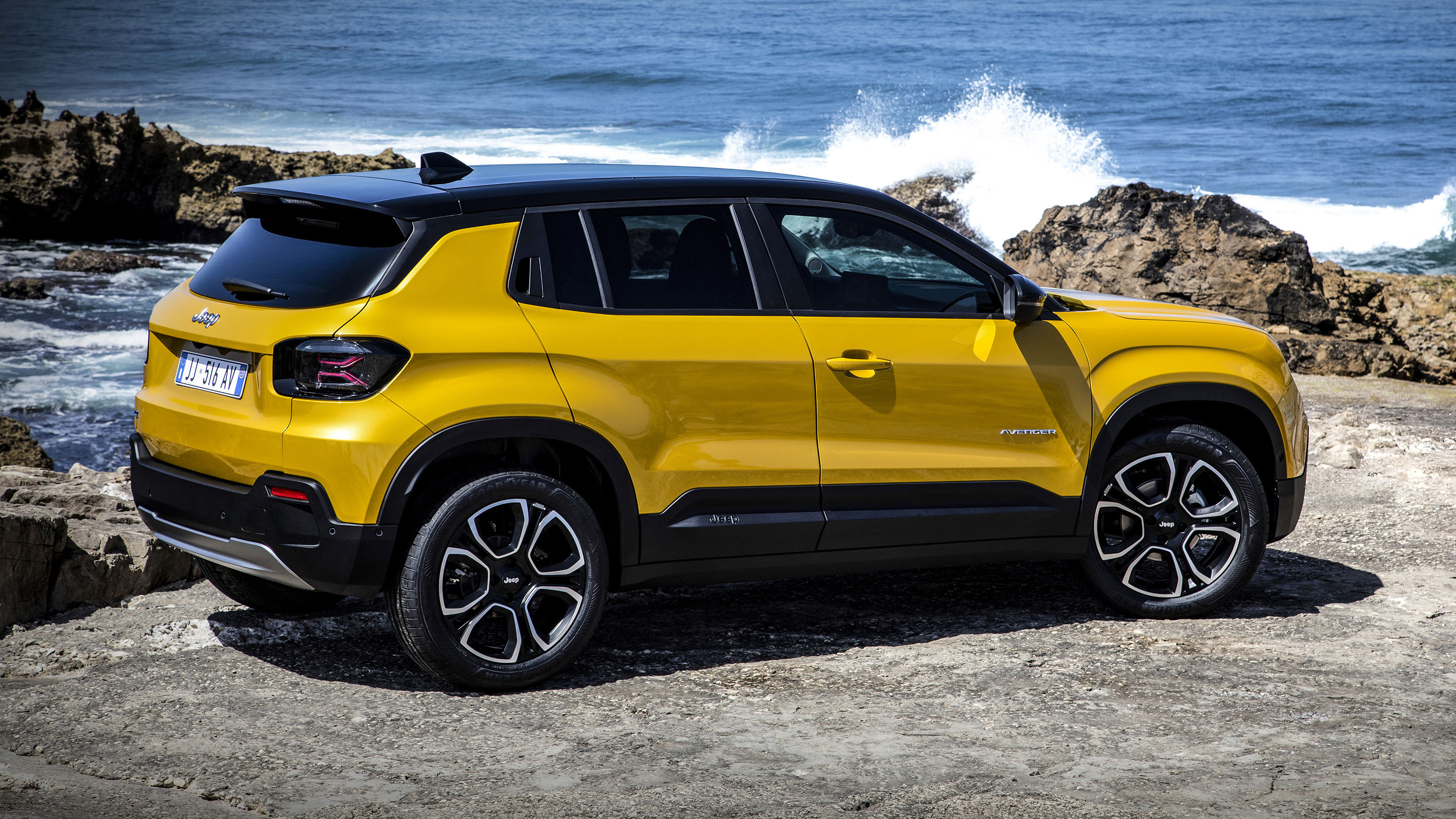 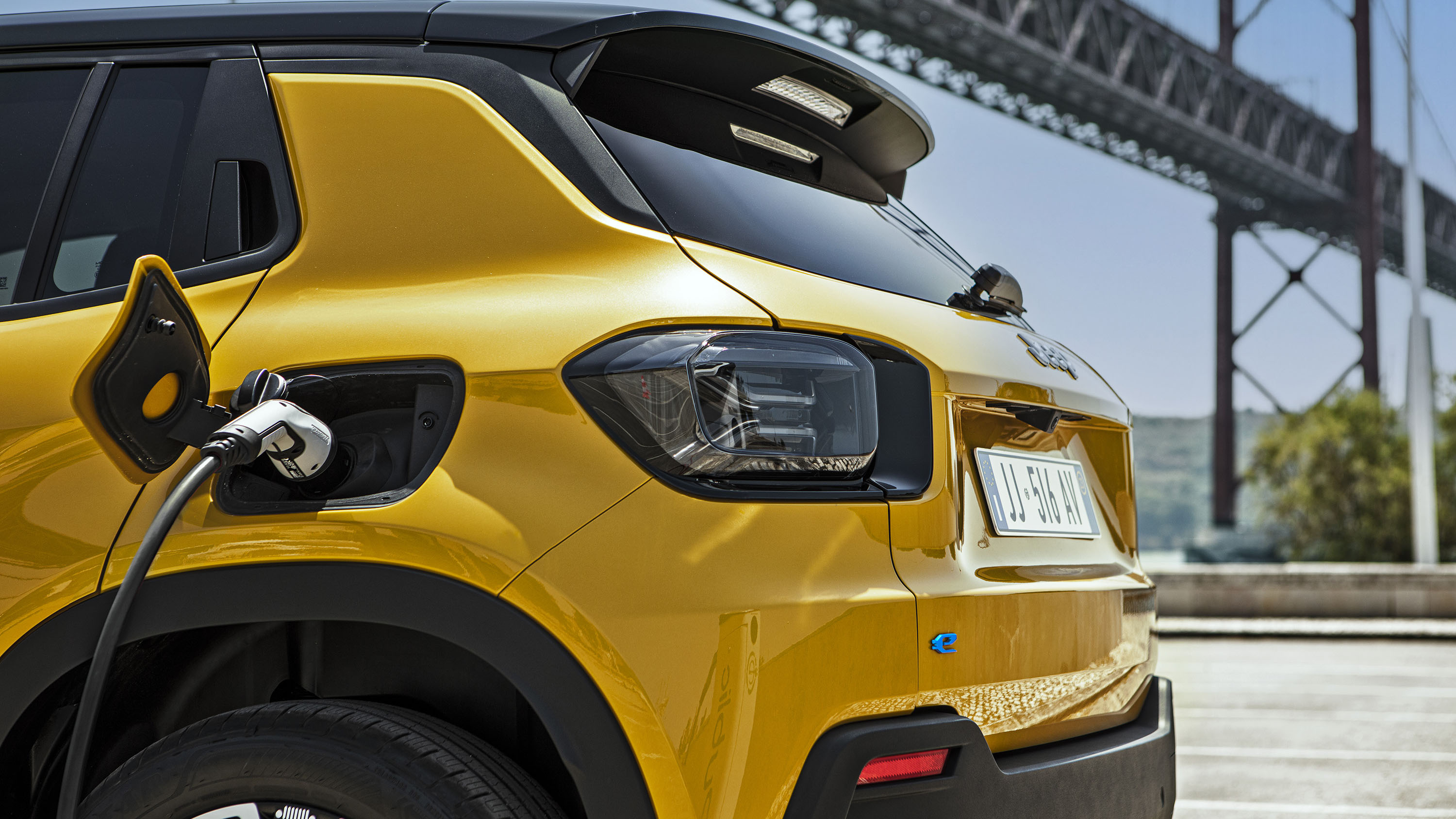 Jeep is having a major pile-on in battery electric drive. It wants to be the 'global zero-emission SUV leader'. In Europe that means all its new-vehicle sales will be full electric by 2030. Even in the US, land of freedom and gasoline, it's expecting 50 per cent by then.

And instead of just boring us with airy but blind promises, they actually have some cars to show for it. Three of them.

First is the Avenger, the JCB-yellow car pictured above. This itty-bitty Jeep was designed in Italy and will be built in Poland. It fits under the Renegade in the lineup, and uses the smallest of the new Stellantis specialist electric platforms. It'll be launched at the Paris Show on 17 October and available to order from that date.

Says global design chief Ralph Gilles: "It was designed in Italy for a reason. These cars exist in cities, they go up kerbs, they need body armour. But it also has Renegade elements like the tail lamps and grille." City use means the planned 250-mile range should be OK. 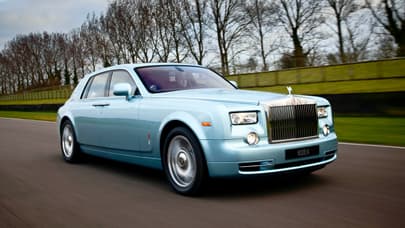 Jeep says its buyers will be younger, more single and more likely female than its bigger cars. Seems like an over-compensation that they've given it a name as aggressive as Avenger. Grrrr.

(And yeah we do know Avenger was a 1970s Hillman saloon, and also a different but equally crap 1980s Dodge saloon. And Chrysler bought Hillman, and Chrysler owned Jeep and Dodge, and Fiat bought Chrysler, and Fiat merged with Peugeot, so they already have rights to the name. But…) 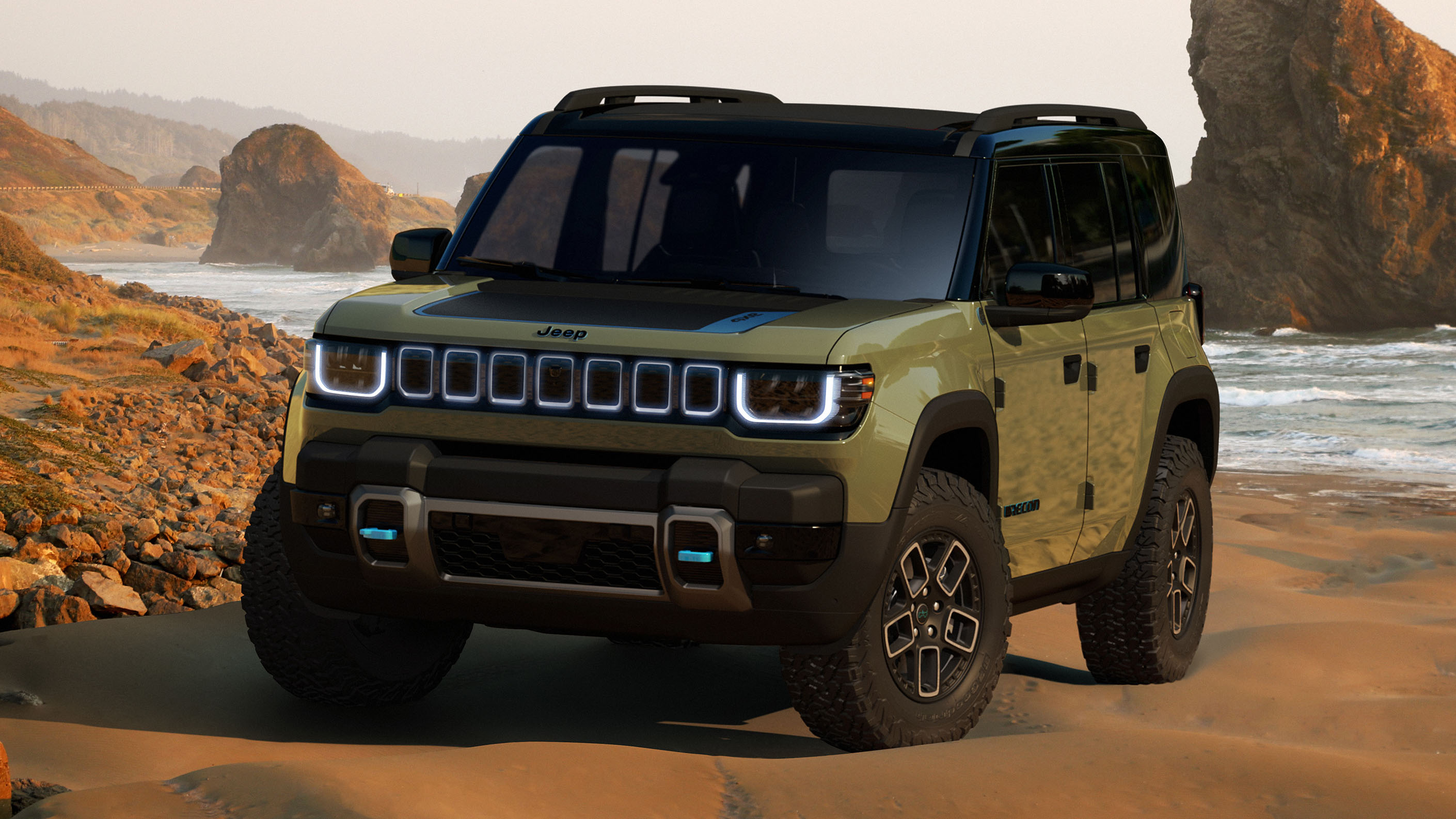 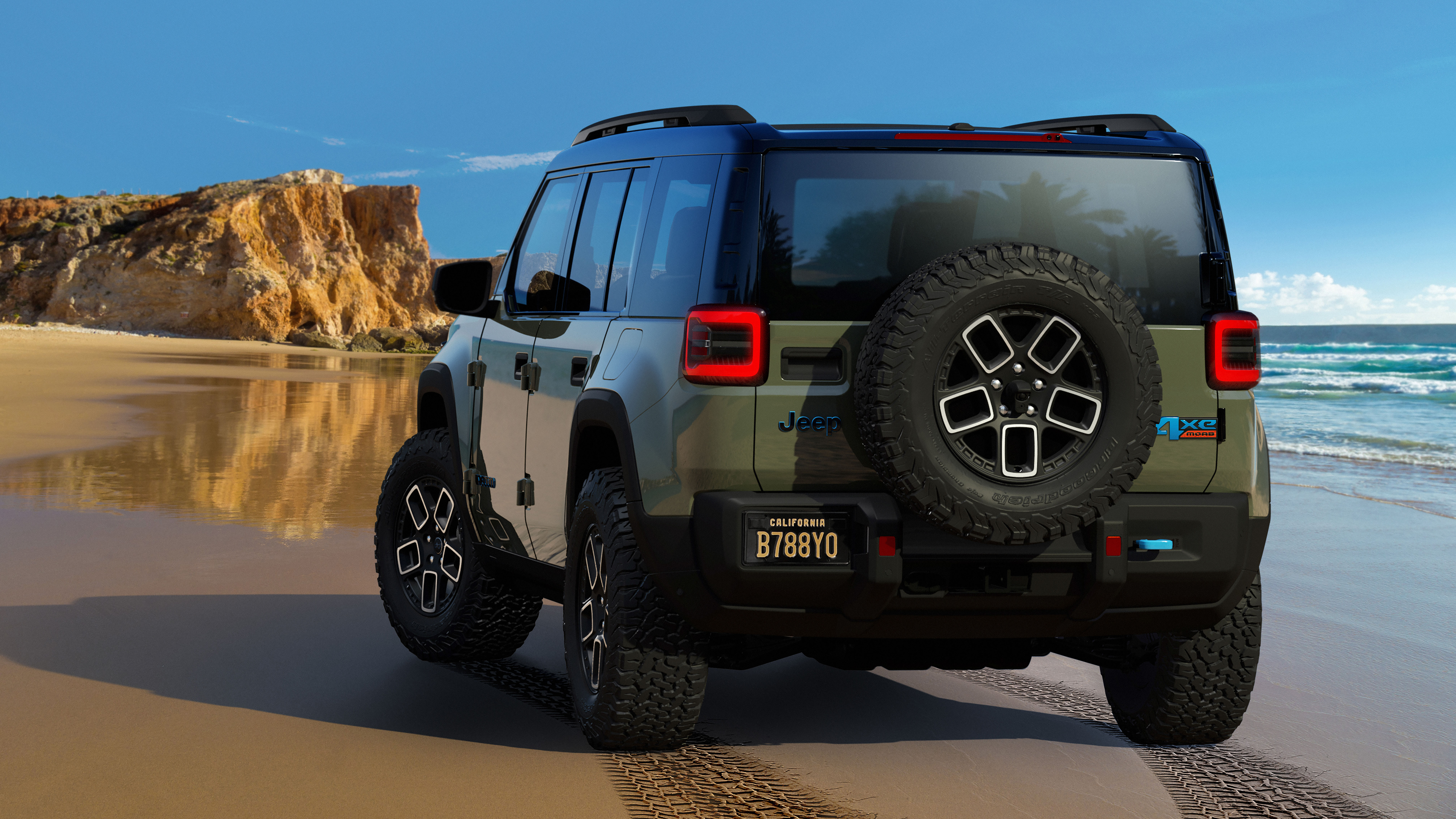 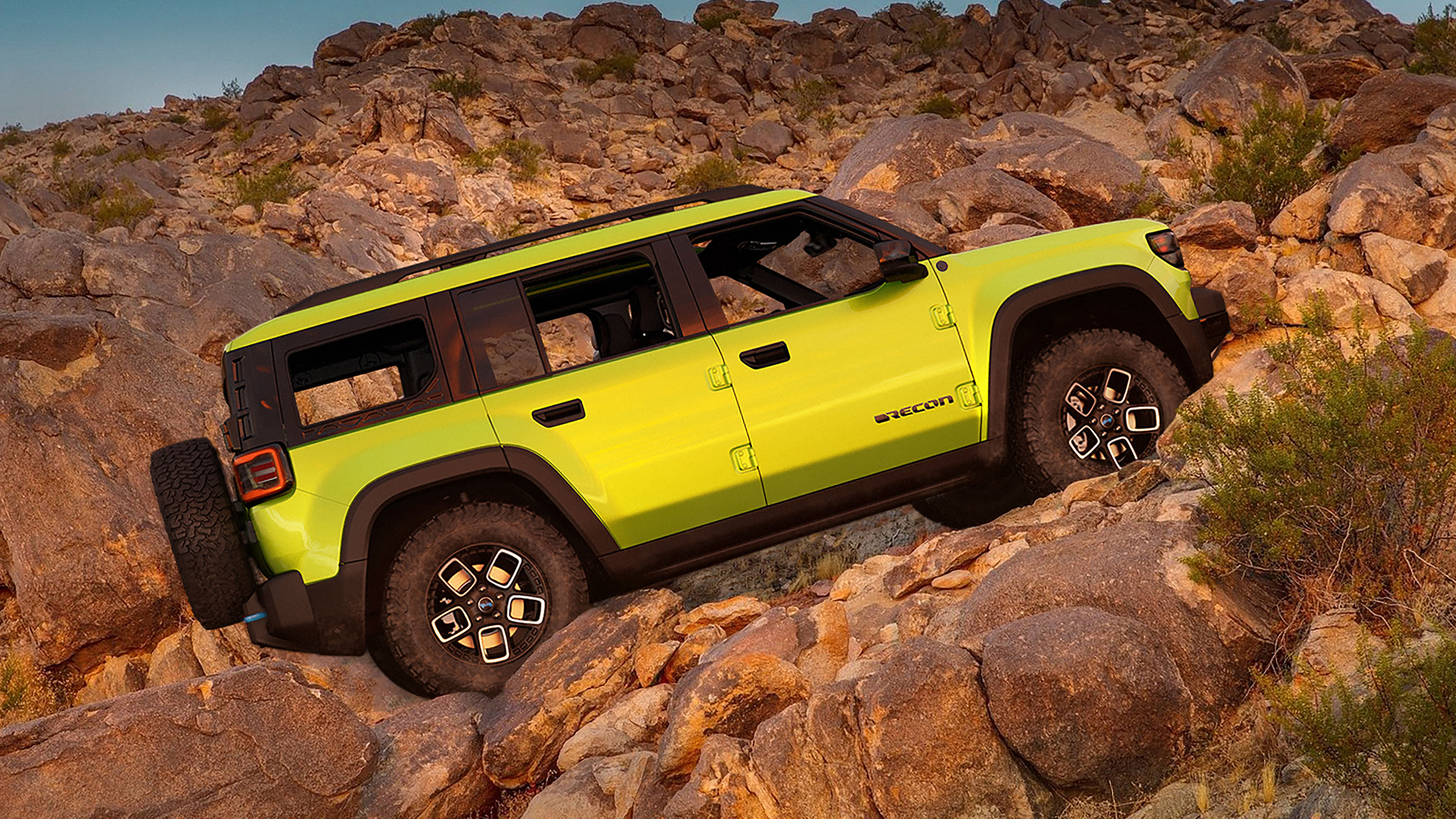 More exciting is the Recon, shown here in three colours: khaki, hi-viz green and gunmetal. Its removable doors and boxy design are clearly an answer to the wildly successful Ford Bronco, but unlike the Bronco it's electric, and electric-only. And it's coming to Europe in 2024 after a US launch next year.

This one is based on the STLA Large electric platform, which the company has previously said will have batteries from 101 to 120kWh and can run at 800 volts.

Gilles says the platform has a lot of freedom, and for the Recon they raised clearance and shortened the front and rear overhangs to get it to do what they wanted when off road.

It has a frunk, and different proportions from ICE Jeeps because of the long wheelbase. But in clinics people still knew it's a Jeep, he claims. "The separate bumpers, the grille graphic, the wheel-arches and the spare on the back all tie it to the Wrangler."

Jeep's boss Christian Meunier says: "The Recon has the capability to cross the mighty Rubicon Trail, one of the most challenging off-road trails in the US, and reach the end of the trail with enough range to drive back to town and recharge." 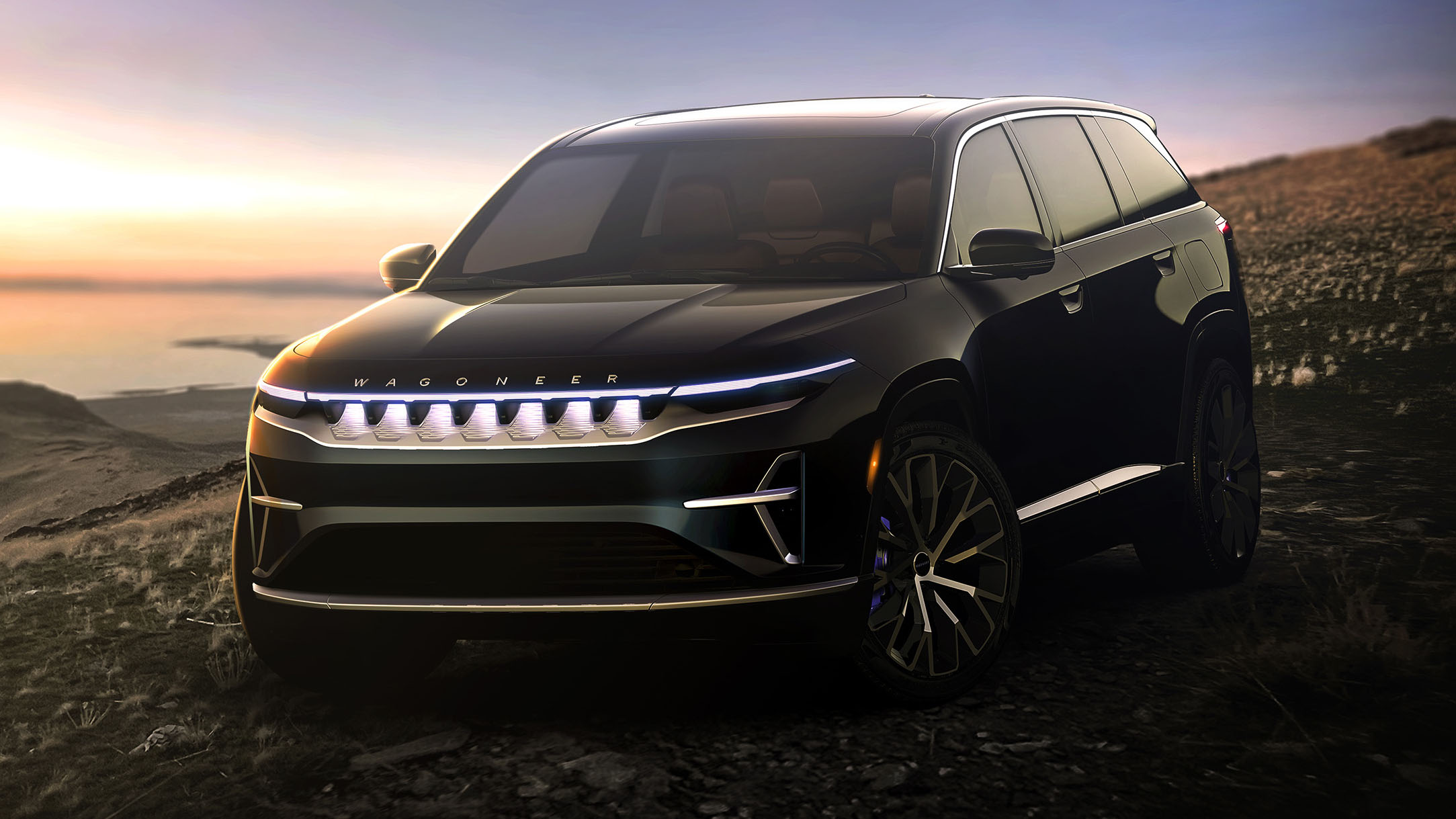 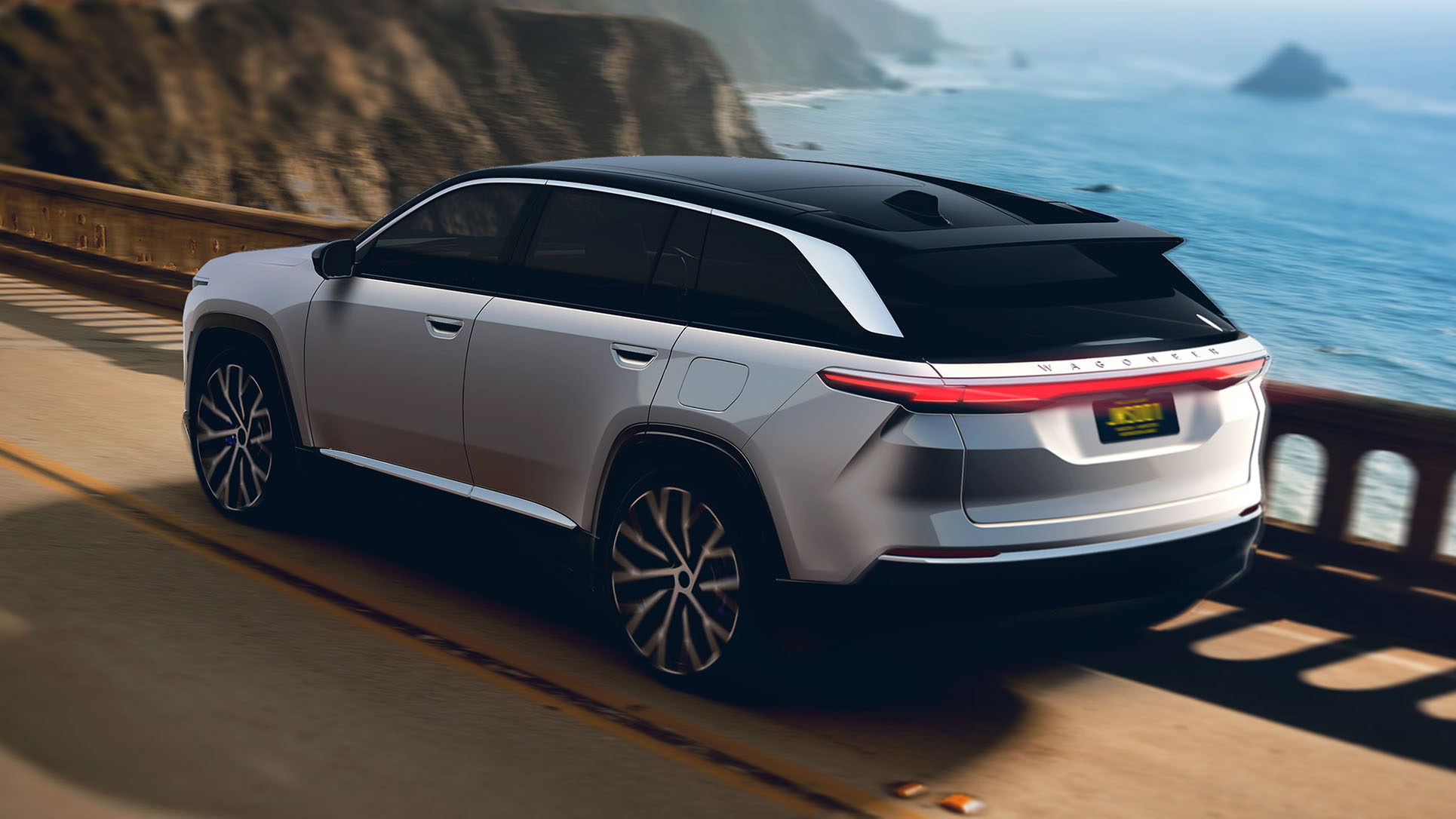 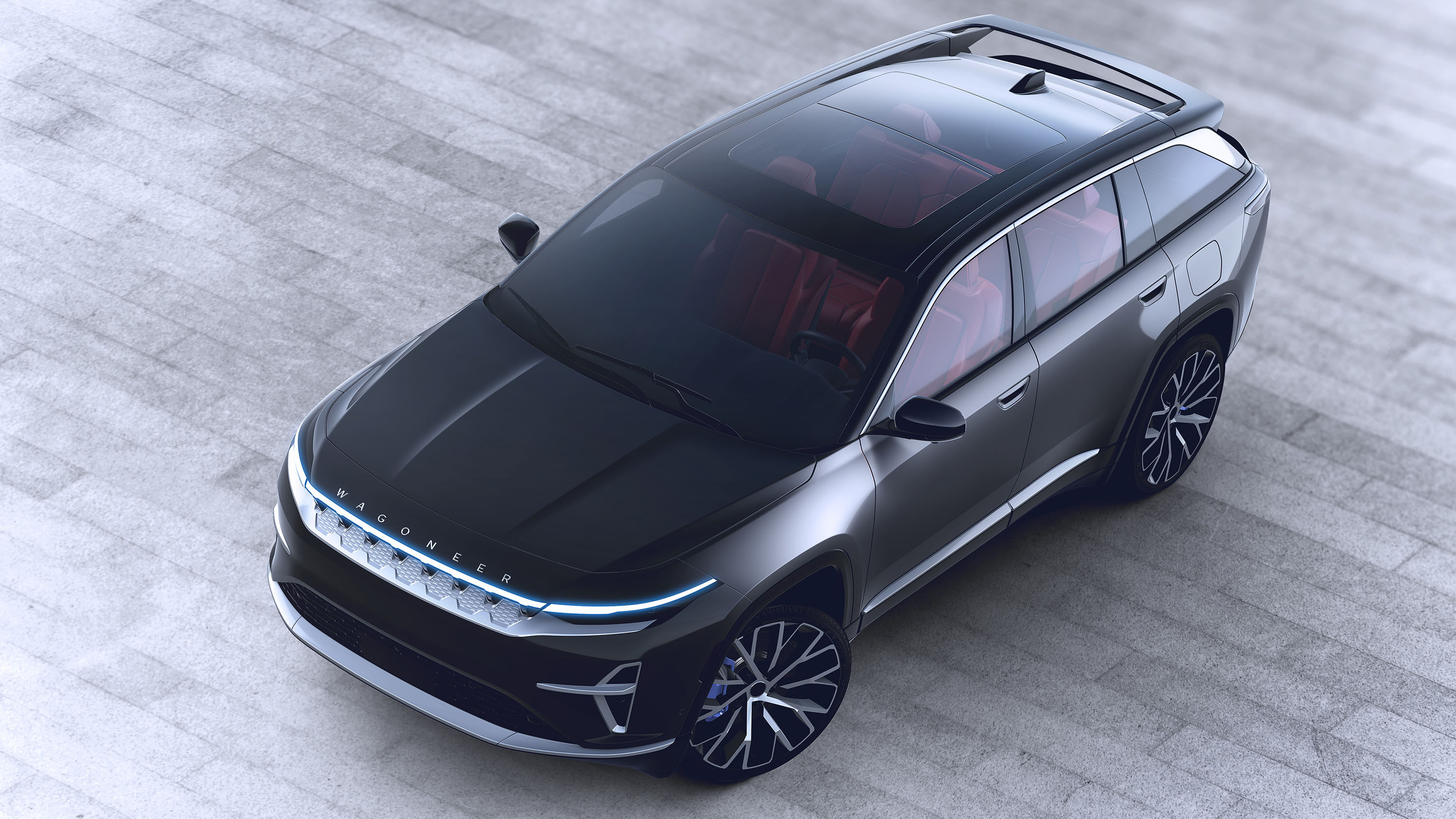 Final one of the trio is the Wagoneer S. These renderings are of a concept, but Gilles says it's more than 95 per cent final. It's on the same platform as the Recon but Gilles says: "It was a totally different brief. The customers will have had many Jeeps; now they want a luxury statement. And it's about aerodynamics."

So those are the first three in the full-electric lineup. Small, big, chunky. There's more. Jeep released a statement saying: "The brand will introduce four zero-emission vehicles in Europe by 2025, with offerings in the main volume segments." So you don't have to be a genius at reading between the lines to guess the fourth one will be mid-sized, an electric substitute for the Compass or Cherokee.