Yowch: this Tesla Model 3 had an off at Pikes Peak

Yet it's being rebuilt and could, incredibly, still race at the weekend

Sad news if you’re rooting for the mightily fast Tesla Model 3 we showed you yesterday. It’s now out of the running at Pikes Peak 2020 following an accident.

The good news is driver Randy Pobst is in fine fettle; try looking at the final image in the sequence above and telling us the precariousness of having an off there doesn’t send a shudder down your spine. The bad news is Unplugged Performance’s attempt at sub 10 minutes up the hill is over.

“Today Randy took his first practice lap on the upper section way too hot, hit a huge dip, got airborne and here’s the result,” reads the tweet accompanying the images above. “Most importantly, Randy is safe and our safety systems did their job. Heartbreakingly, our quest to break 10 minutes at Pikes Peak is unfortunately over.”

Unplugged also released the video above, showing the moments immediately before and after Randy’s off. What a shame, huh? Fingers crossed we see them return next year…

UPDATE: Randy’s not in the doghouse (see below), and Unplugged are rebuilding the car in the hope to still compete this weekend. “We’ve just bought a new car,” says Unplugged boss Ben Schaffer.

“Head of Tesla Service in Colorado is driving it down to us right now. New car arrives in an hour. Pikes Peak rules require that we race the car we entered. Therefore we can’t use the new car. We will repair the frame of the old car and rip apart all of the components of the new car to rebuild the old car. Resurrection from the dead in progress.

“Ever seen a totaled car get rebuilt and raced in 48 hours? You’re about to…” 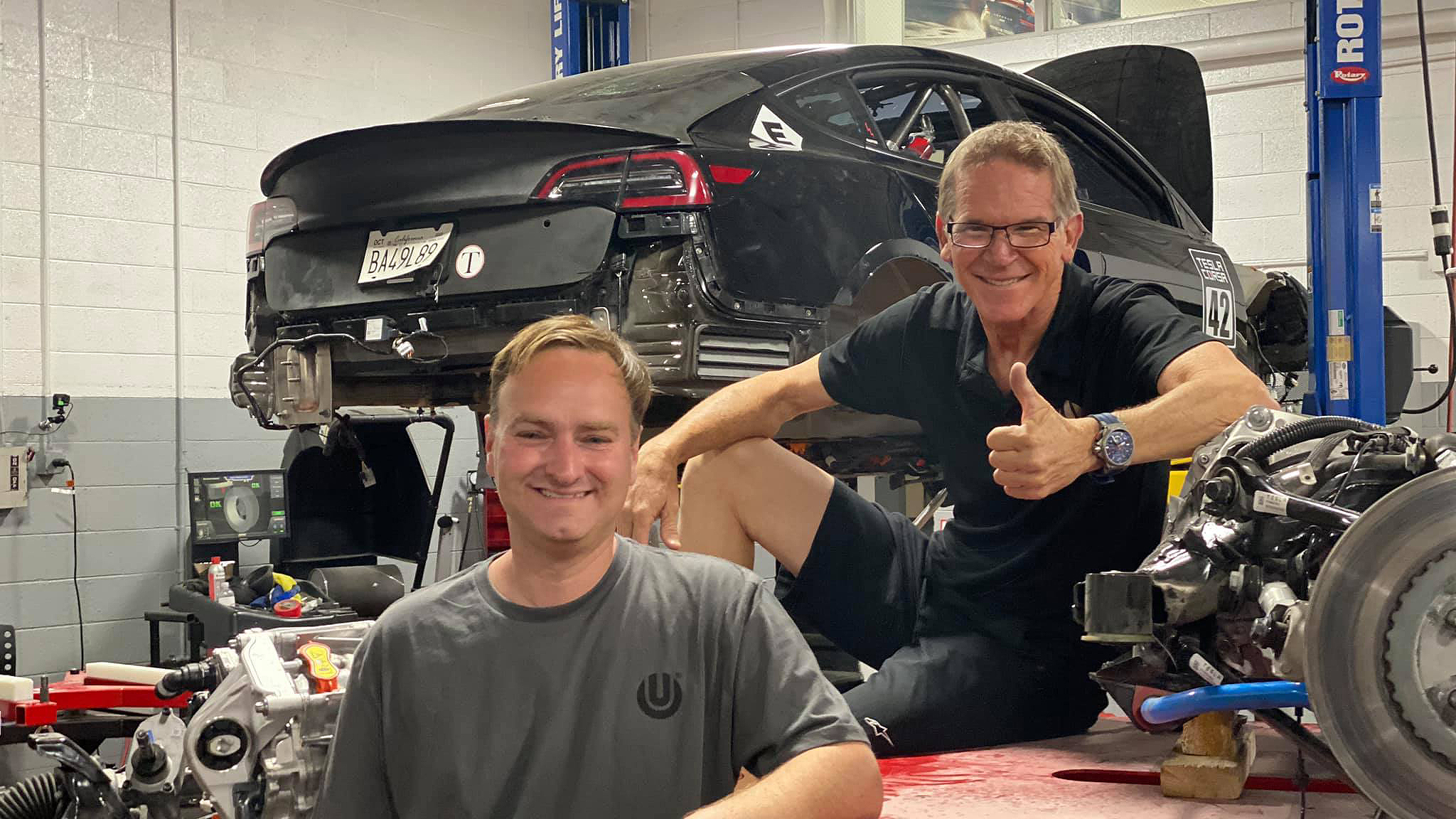