The new BMW M3 and BMW M4 have arrived

503 horsepowers, three litres, two turbos, and a gizmo to compare your best drifts. No, really 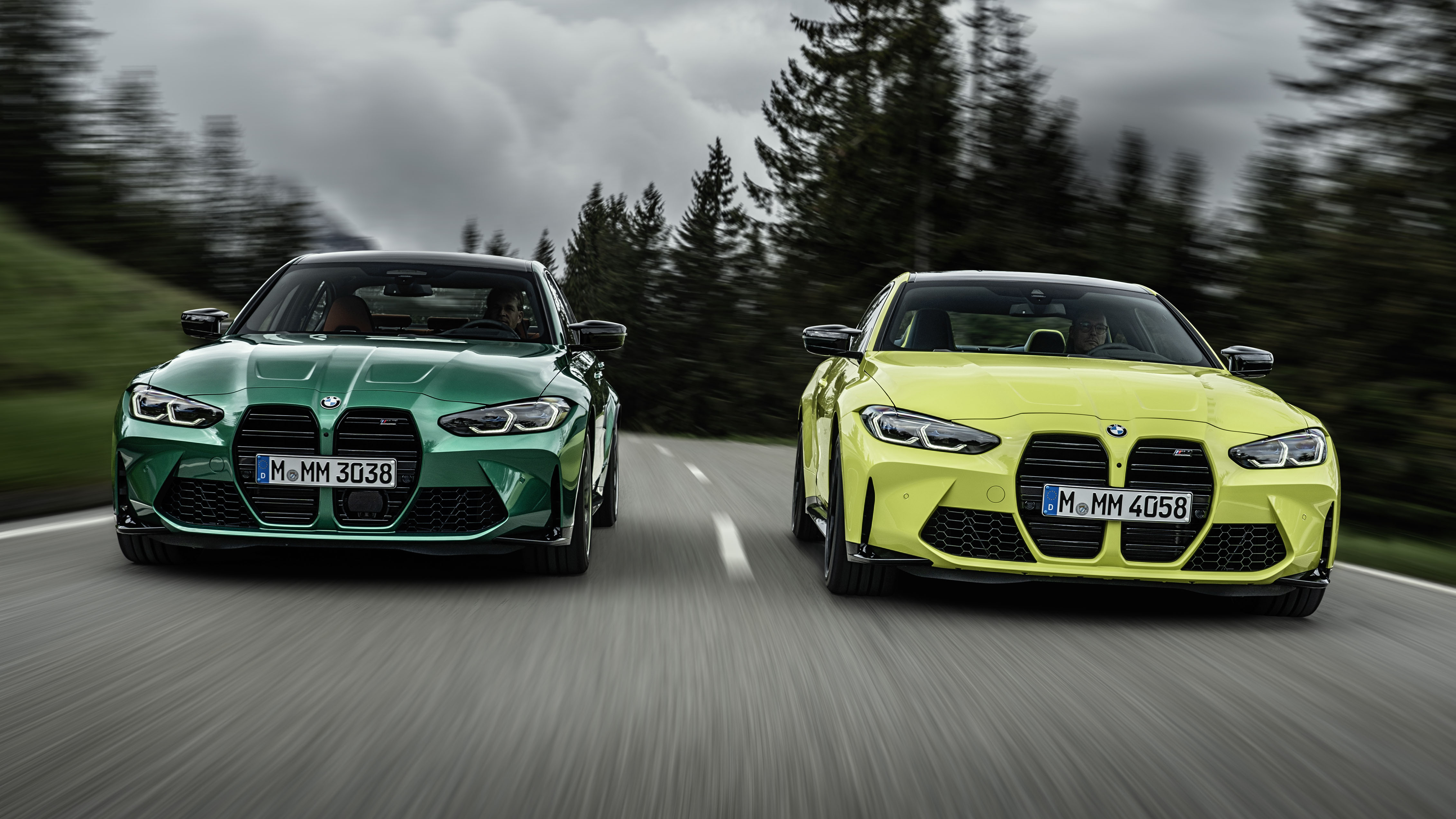 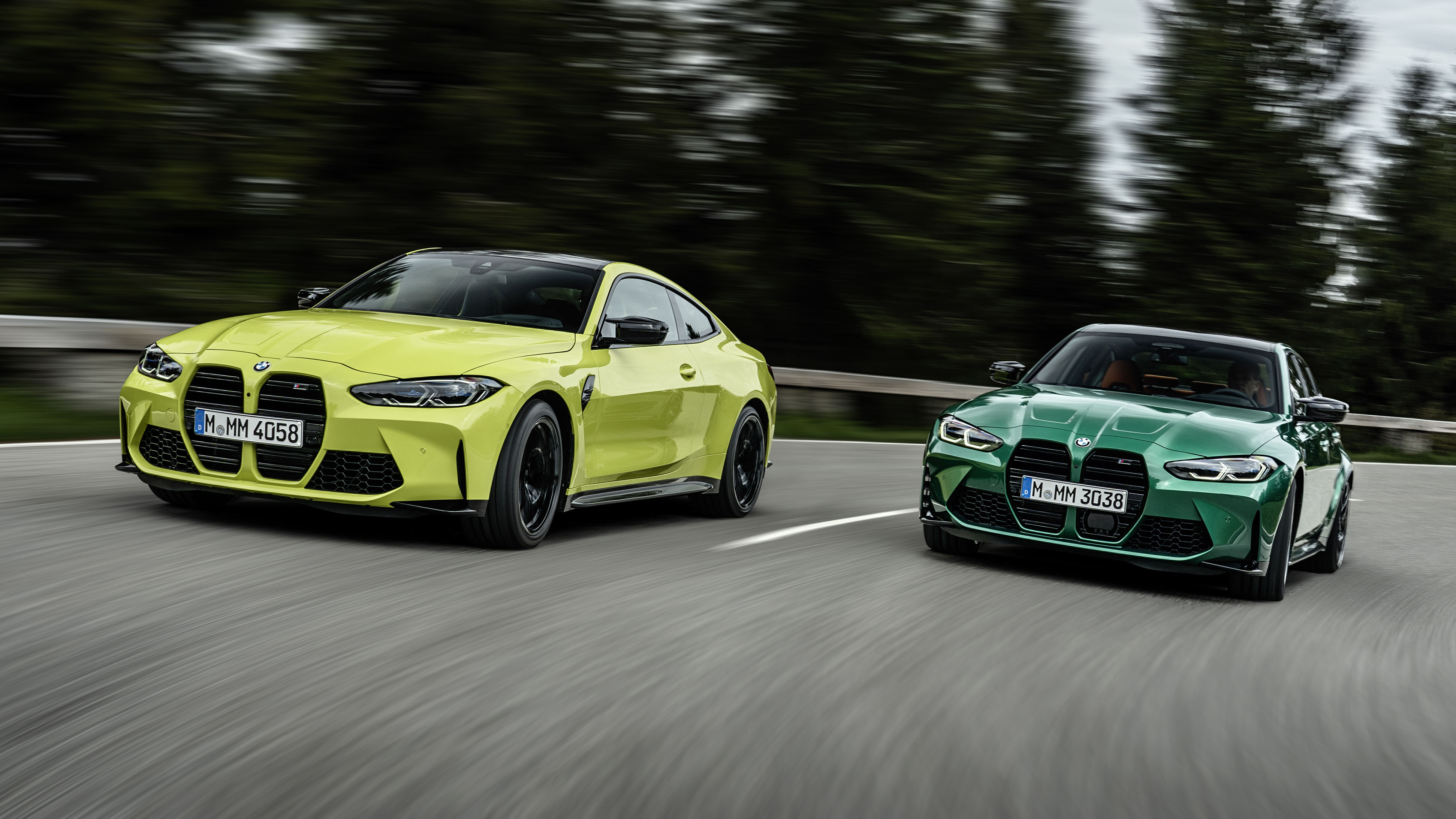 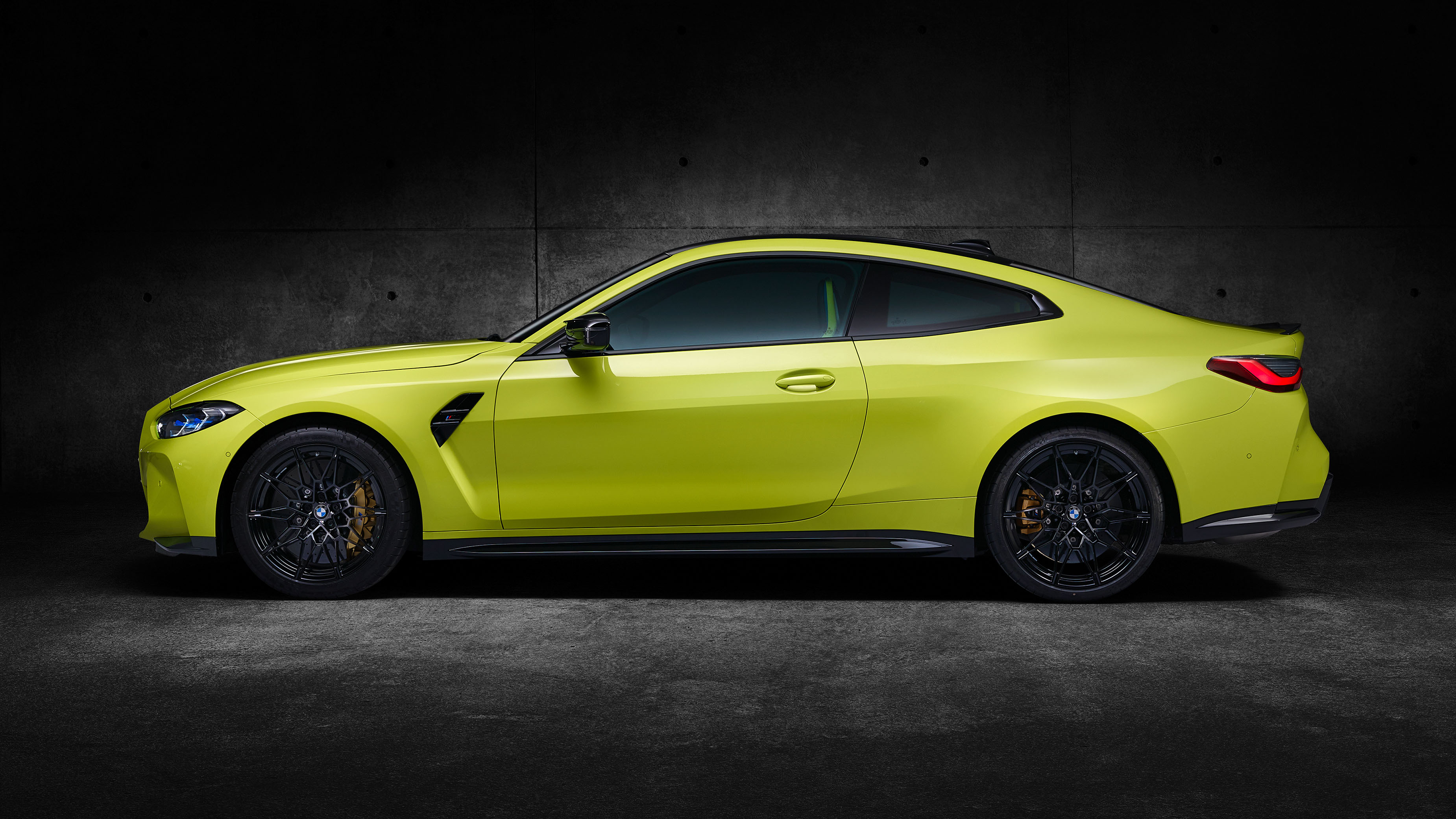 A quick jolt of stats for you. Three-litre turbo engine, in-line six cylinders, with a pair of turbos, one for each three-cylinder half of the engine. Five hundred and three horsepowers in the Competition versions you see here. Eight-speed autobox. Zero to 62mph in less than four seconds.

Even beneath the unique-to-M paint colours, the design is way out there. Hagen Franke, who sets the cars' spec and characteristics, says that's what customers asked for: a greater distance in this generation between the M340i/M440i and the M3/M4. Job done, we'd say. 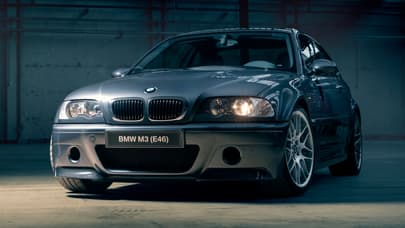 BMW M secretly built an M5-engined E46 M3 CSL, and this is it

I put it to Franke that the existence of the M2 must have allowed him to nudge the M3 and M4 further up the tree, with a whole thump of extra power and the 4WD option taking it closer to the big-daddy M5. But no, he says, M3 and M4 buyers are super-loyal and know what they want. They want, broadly, this.

Except some of them want an estate, so they'll get that in this generation. Is that to stop people migrating to the X3M or Macan? Nope, Franke denies that too. The M3 and M4 just seem to exist in their own bubble. "The Touring is a nice addition." Same with 4WD. "Knowing our customers pretty well, there are some of them in the snow belt who want all-wheel-drive."

When the 4 Series showed its – shall we say? – polarising nasal styling, the 3 Series was spared. So at least BMW was offering you a choice. But not this time. For the M-cars, they both get exactly the same gaping nasal passages. Sniff.

In the lands we call abroad, there are actually two engines available. The standard cars get 480bhp and a manual gearbox. But that's a box that would break under the strain of the Competition versions. So they get an eight-speed auto with their 510bhp and 479lb ft. The M3 Competition and M4 Competition are the only ones available in Britain, so there's no way we can get the manual.

As with any M car, we can geek out over a whole lot of other modification. It starts with the body, carbon-roofed as before. Its arches balloon over a widened track – the M3 is a whole 75mm wider than a regular 3er.

Extra cooling ducts either side of those main grilles inhale air to the brakes and bigger rads. Flics for downforce nestle in with the air curtain ducts that smooth air past the tyres. Extended sills control air underneath the body, boosting the work of the rear diffuser. Overall, by the way, it's about zero lift.

An optional 'M Drift Analyser' records the length, time and angle of your latest drift and compares it to your best

Out of sight, the body gets multiple extra braces and stiffening plates over your boggo 3 or 4 series (themselves hardly floppy). Carsten Wolf, the engineer in charge of its overall characteristics, says that's key to letting them specify the springs surprisingly supple to get a better ride for long-distance running, but still have the precision you'd want for driving an M car.

"You feel increased potential for steering and front-axle grip. Then the rear axle follows immediately. So it's more of a performance car. You can time it on a track but also feel it on normal streets at slower speed – the way the steering communicates," says Wolf.

The diff is a controlled limited slip job. On the four-wheel-drive car the centre coupling is a clutch pack not a differential, so it can be told by the electrics to send all the torque to the front, or to the rear, or anywhere in between.

All these devices work with a multi-stage traction and stability system. The traction system alone has 10 selectable stages. Like, 10 eh? Just because you could? No, says Wolf, they really do have their uses: the more restrictive ones for wet weather, the middle for dry, and the wilder for tracks.

That's not all. An optional 'M Drift Analyser' records the length, time and angle of your latest drift and compares it to your best, via 'a graphics-enhanced overall view' on the iDrive screen. We are not making this up. The only thing missing is a menu item to post that graphic straight to your Insta.

The rest of the cabin is as you'd expect. Lovely sports seats set the tone, and the usual 3 Series layout gets extra coloured stitching, carbon garnish, and M-specific graphics for the instruments.

You've got multi-stage setup of engine response, sound, transmission, damping, DSC, traction control, steering weight, brake weight (it's brake by wire). Good grief, it's as complicated as the menu in Nando's. Lucky you've got a shortcut button for your favourite combo.

The full suite of driver assist from any other top-spec BMW is here, head-up display, laser headlights. Some right jazzy cabin colours are available too.

But those aren't the options that'll get talked about. That's the M Race Track Package: carbon ceramic brakes, lighter wheels – with semi-slick tyres if you must – and carbonfibre bucket seats. That saves 25kg.

But isn't all this track-this and track-that a bit of artifice? Do people really take their luxury saloons, even their 500bhp luxury saloons, for a track thrashing? Franke says they do, especially in the US "which might be the result of the speed limits - they need to take the car somewhere to explore it legally".

Then he goes on: "It's not only the new-car buyer. On the second- or third-hand market our cars need to be capable. That's the legacy, an eight-year car to be used as a track weapon."