A V10 supercar better equipped to deal with rubbish roads. Is this the best Huracán... ever? 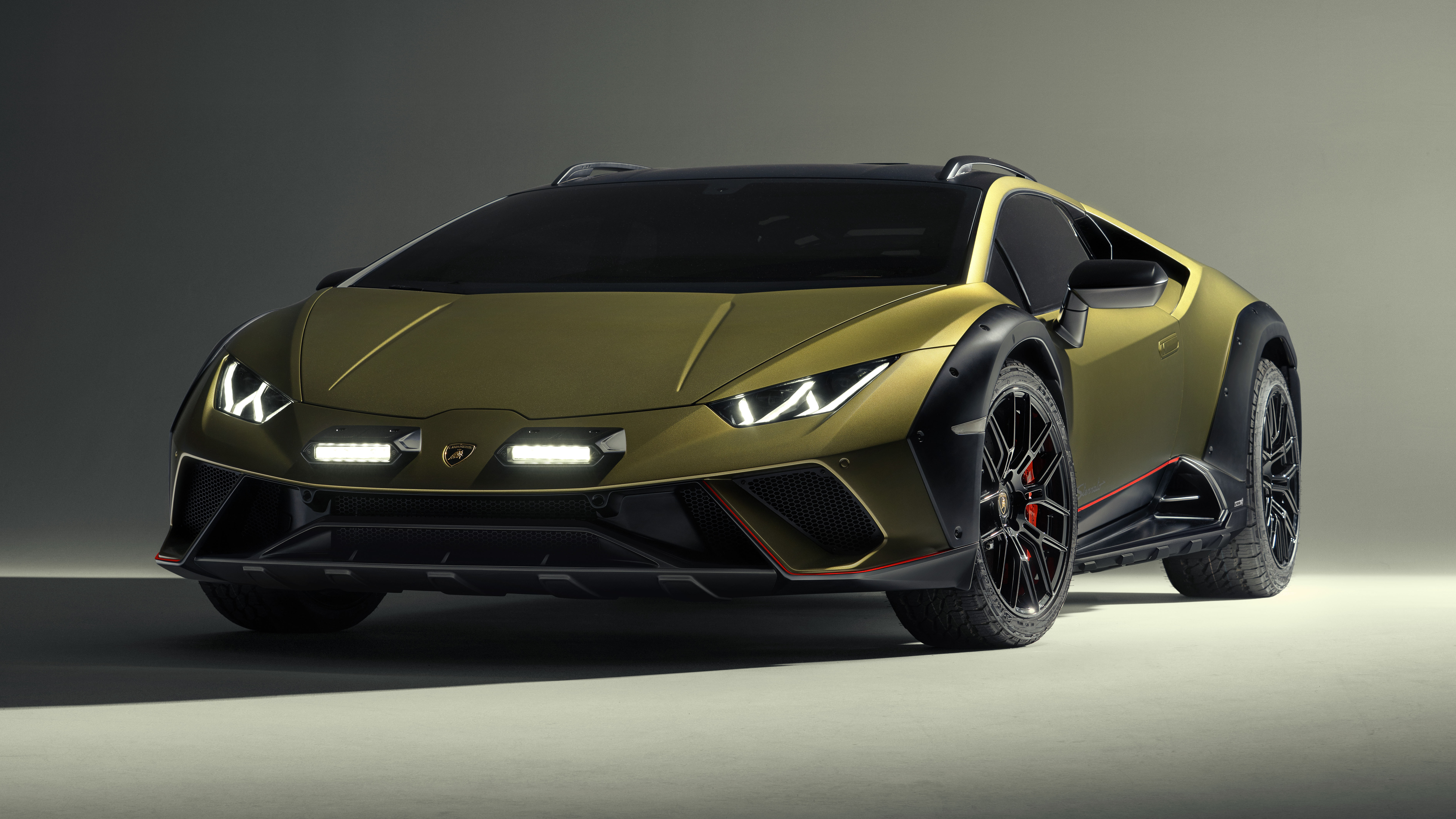 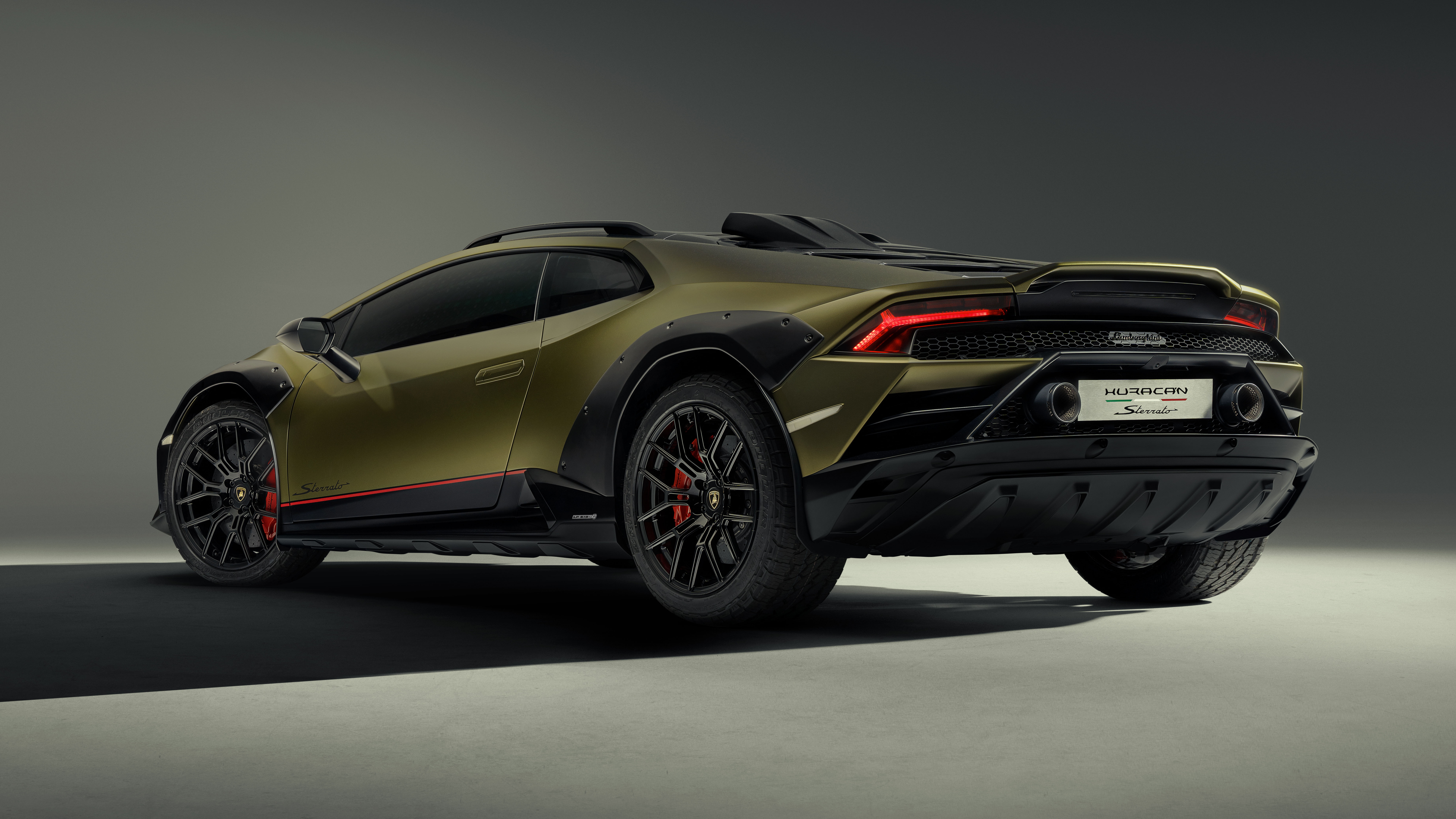 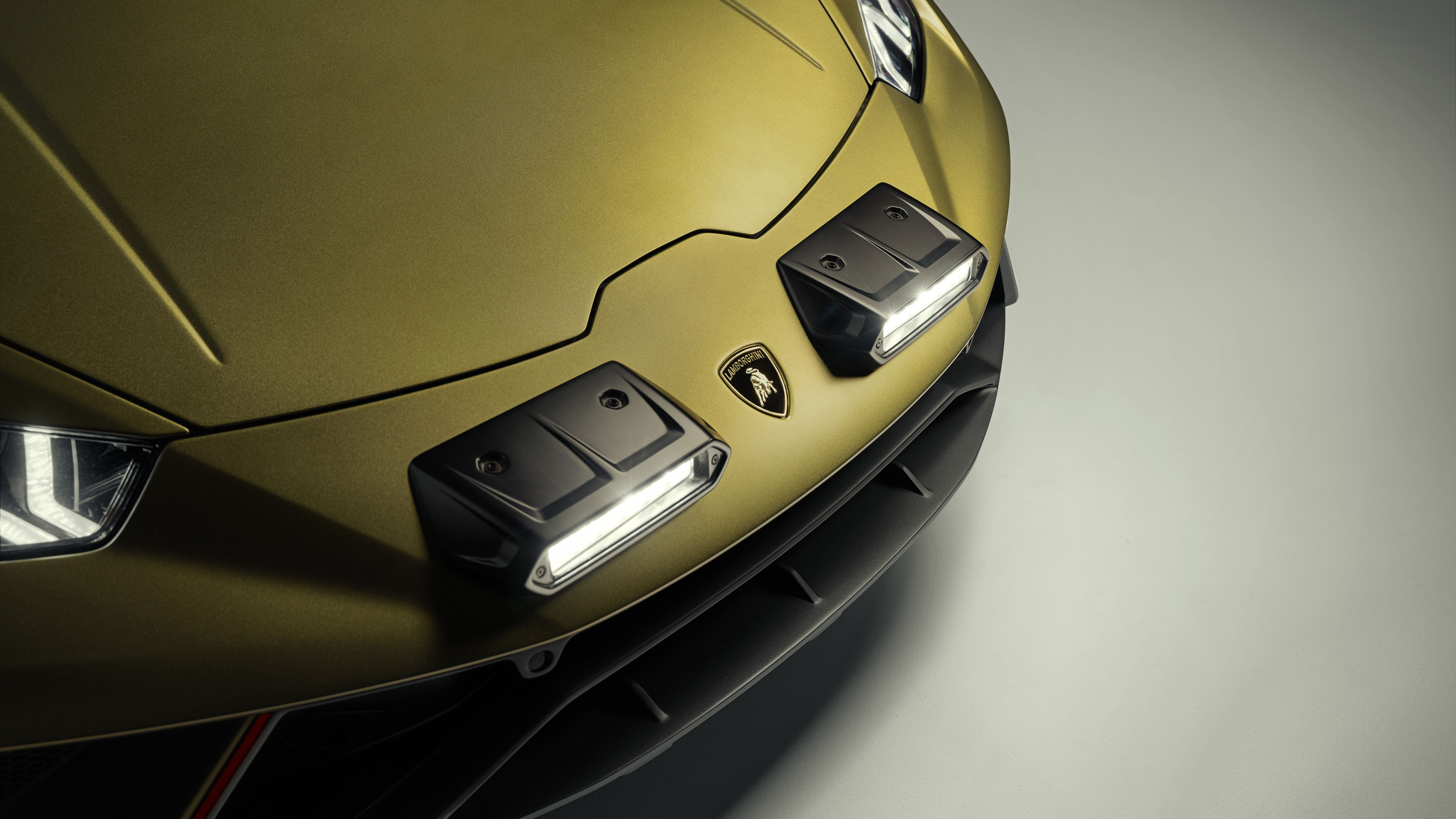 Automotive product cycles often mimic real life; they begin noisy and full of hope, spend some time maturing, settle into the solid mediocrity of middle-age and then quietly slip away into obscurity, gently shuffled from price lists. But supercars tend to be a bit different. They’re the playboy uncles and aunties of the car world, the ones that grow old disgracefully, get drunk at weddings and wear inappropriate clothes. Cars that gain don’t-give-a-damn lucidity in the palliative care ward of the automobile.

The truth is, imminent replacement frees up creativity both in terms of remit and accountancy, and allows for specials that are truly worthy of the name. Take the Lamborghini Huracán, for example, a medium-sized supercar that’s been terrorising Ferraris since 2014. We’ve already had the Technica and STO in the past 18 months, arguably two of the most complete iterations of the Huracán bloodline thus far, and now we have something that comes as something of a curveball - a production version of the Lamborghini Huracán Sterrato concept from 2019. Of course, the name itself gives the game away if you speak any Italian, because ‘Sterrato’ literally means ‘dirt road’ in Italianese. A name that does away with romantic whimsy in favour of being absolutely descriptive - this is a Huracán with extra dirt-road ability. Not an Urus SUV with chunky tyres, then? Lamborghini, we salute you.

So what is the Sterrato for, exactly? Well Lamborghini has been a little light on detail, but the company reckons the Sterrato is both ‘brave and unexpected’ and expands the concept of a Huracán being fun to drive by adding some off-road capability. Which seems reasonable with most of the Huracan range sporting all-wheel drive. But the things that caught our eye were the almost lost lines that declare that the Sterrato will have ‘top traction on loose surfaces with focus on gravel’ and ‘balanced oversteer for fun-to-drive characteristics’. It’s hard not to reach the conclusion that what we’re looking at is a gravel-spec Huracán rally car, or alternatively what amounts to a Huracán Safari.

And it doesn’t stop there. Apparently this not only opens up a ‘new frontier’ but that the car will also be the quickest Huracán on a ‘secondary, bumpy road’. Now given that the UK is liberally veined with what can very accurately be described as bumpy secondary roads, it sounds like a Huracán that usefully expands the remit of what it means to be a supercar.

So to make a Huracán properly gravel and B-road capable without constantly smearing bits of carbon front splitter and wheelarch across things on which they should not be smeared, Lamborghini has made some proper adjustments. The front bumper, rear bumper and side skirts are all re-inforced and re-profiled to a) stop them being wiped off like wet tissue paper if they scrape a geographical feature and b) increase approach and departure angles to help negate that issue in the first place. There’s a front skidplate, elements of underbody armour and a general bulk. There are functional roof rails (which will no doubt lead to the inevitable addition of optionable ‘lifestyle’, probably involving a never-used roof tent and lightbar), bonnet-mounted driving lights and an inlet scoop at the top of the rear windscreen. That’s to feed the engine clean air along intake paths tweaked to avoid the potential ingress of dirt and water. There are also chunky, bolt-on wheelarches that cover a track width increased by 30mm at the front and 34mm at the rear, but more on that in a moment.

The engine itself is - as expected - a 5.2-litre naturally-aspirated V10 as per the standard Huracán RWD, meaning an easy and reliable 602bhp and 413lb ft of torque, with a redline at 8,700rpm. There’s a dedicated engine tune for Sterrato, but seeing as that maximum torque figure isn’t achieved until six-and-a-half-grand, you’ll still have to rev it. Not usually a problem, seeing as that V10 at above 8,500rpm should be registered as an aural national treasure. Why no extreme horsepower? Well, with that state of tune representing a fairly relaxed option, it’s probably more to do with drivability and reliability than anything else - plus on loose surfaces, huge horsepower is less useful than the ability to put what you’ve got to the actual ground. Bolted to the engine is the familiar 7-speed paddleshift that drives through Lamborghini’s usual permanent, adaptable all-wheel drive, this time with more specific LDVI (Lamborghini Integrated Vehicle Dynamics) which now has an extra setting for the ‘Anima’ mode selector. Those options now read; Strada (road), Sport (errr… sport) and the fairly self-explanatory… Rally. With Rally suggesting a heavy rear bias and much excitement. There are also interior tweaks, but as yet, final production specification is still to be decided. All we know is that there aren’t any huge changes and there’s a new type of Alcantara developed specifically for the Sterrato called ‘Verde Sterrato’, there’s a logo on the side of the seats, and there’s a pitch and roll readout. Though one assumes that if you’re in a position where the side-slope is enough to unsettle a car as low as this, you’re basically crashing in slow motion anyway.

But probably the most important  - and obvious - aspect of the Sterrato is the suspension. Because it’s got a lot more of it than a standard car. So let’s work from the ground up. The wheels and tyres are smaller and taller respectively, with 19-inch rims on all four corners combined with all-terrain tyres with fatter sidewalls and a more aggressive tread than you usually find on a mid-engined supercar. Brakes are the usual carbon-ceramic items - which seems odd as steel would offer more initial bite and you’re probably not going to be stopping the Sterrato from 150+mph like you might be a more dedicated track special - but they work on the Huracán on the road, so no real reason why they should be a problem here.

Those wheels and tyres also get more freedom of movement, with wheel travel increased by 25 per cent on the front axle and 35 per cent on the rear, and a ride-height increase of 44mm over something like a Huracán EVO. Figures that don’t sound like much, but when a hydraulic nose lift raises the ride height by 40mm - which definitely helps clear speedbumps - you see how the extra will make a significant difference. And the extra wheel travel will allow the car to hit bigger features without bottoming out the suspension and clattering the bump stops. More suspension means less bounce on the rough stuff, which equals more control. And, ultimately, more fun. Don’t forget, this isn’t supposed to be an off-roader or mud-plugging Land Rover Defender wannabe, more a rally spec Huracán. And you can’t help but think that it will appeal to those markets for whom road infrastructure limits enjoyment of super-low supercars. China has bad roads and plenty of millionaires for whom a Sterrato might just be the answer to a lot of prayers.

As for the first impressions? In the metal, the Sterrato just looks absolutely right. The Huracán hasn’t ever really been a ‘pretty’ car as such. It’s bold and aesthetic, but there’s a lot of testosterone and geometry in the mix. Which means that the Sterrato’s protein-filled additions don’t look out of place. In fact, they really suit it, especially the roof rails and exposed-bolt wheelarches. Ok, so the front driving lights don’t feel particularly well integrated down on the forward edge of the bonnet, but everything else gels.

You’re looking at 3.4 seconds to 62mph, 9.8s to 124mph and a 162mph top speed, so it's not exactly slacking. And there’s the point that the Sterrato isn’t necessarily about paper-based points scoring - the engineering changes wrought by Lamborghini are more about expanding the base Huracán’s comfort zone. By doing so, it makes for a Huracan that can be enjoyed more fully, more of the time. After all, we’re all probably nearer a gravel road or bumpy B than a handy racetrack.

But saying that, the interesting thing here is therefore that this might be the most fun to drive Huracán of all, at least for mere mortals. With more progressive breakaway from the tyres, longer suspension travel and more tendency to telegraph what the grip is doing, the Sterrato might also be appreciably more of a laugh on an actual circuit than some of its more track-focussed siblings. Slower, sure, but not necessarily worse, and just as loud. And when you add in that ability to attack a gravel or secondary road with the correct amount of vim without the threat of damaging some very expensive suspension, the Sterrato might well be the best Huracán… well… ever.