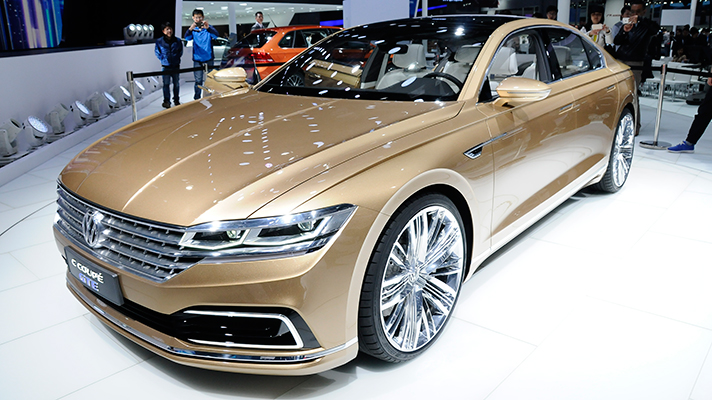 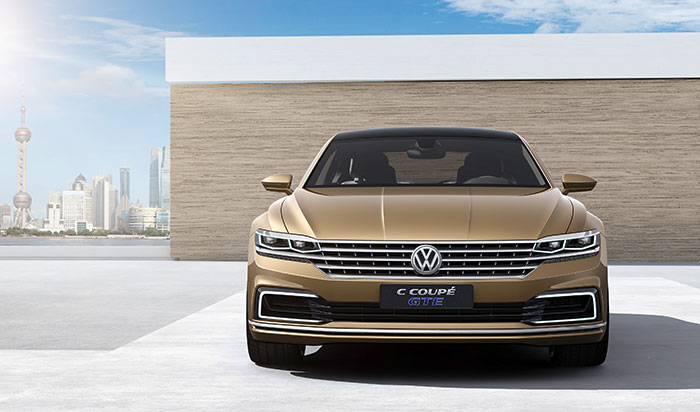 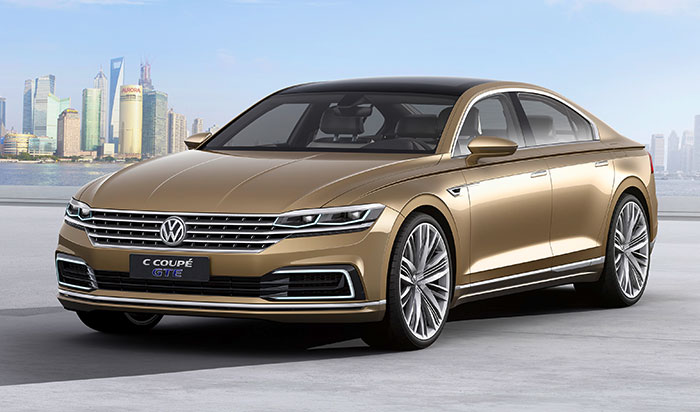 At the Shanghai show we talked to Volkswagen design chief Klaus Bischoff about the C Coupe GTE, above, and where it fits in VW's ever-growing array of big saloons. Basically it fits between the Passat and Phaeton. And it'll go into production at the end of 2016.

Big though it is, at about 5m long, it's not actually a preview of the new Phaeton. The Phaeton will also be replaced by something even larger, and it'll be built in Germany for sale all over the world.

But the production version of this C Coupe GTE is mostly for China, where it will be made. Which gives you an idea of just how important China is to the VW Group - it sells a staggering 3.5 million cars there every year.

The C Coupe is so long so as to get lots of rear legroom, a vital measure out there. Bischoff says the roof will be raised a few centimetres from the concept, to get enough head room too.

Inside, there are big multimedia screens, and Bischoff emphasises that this isn't a sporty or 'driver oriented' cabin but a luxury one.

Under the skin, it has the group's longitudinal-engined platform. The show car had a 242bhp plug-in hybrid drivetrain, something that's becoming increasingly important in some cities in China.

That's different from the Passat-sized cars, which use the transverse-engined MLB platform. By Passat-sized cars we mean not just the Passat itself, but also the next CC, which was previewed by the Sport Coupe concept at the Geneva show in March.

Bischoff says that in future there will be more different front-end faces for the ever-growing VW range. Just as well or we'd never sort them out. The Phaeton will have its own face, then there's the one we see on this C Coupe concept. Then the CC - and presumably facelifted Passat - will get the lights and grille we saw on the Sport Coupe concept.

The SUVs, of which VW is planning on adding three more, will get their own face. As will the Polo. Phew, that's that then.