He’s done it. Lewis equals Schuey’s all-time record with a masterclass in Turkey 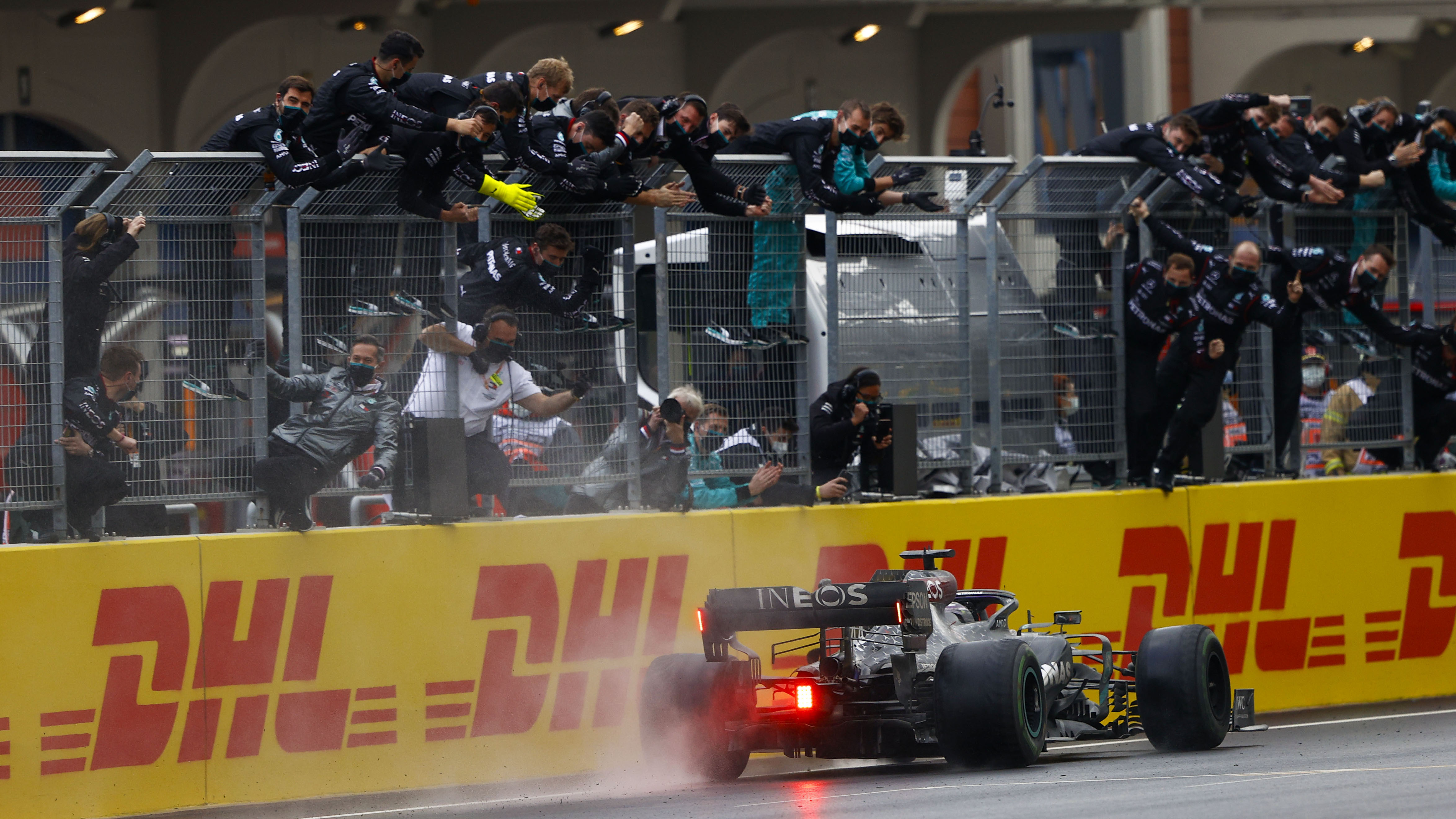 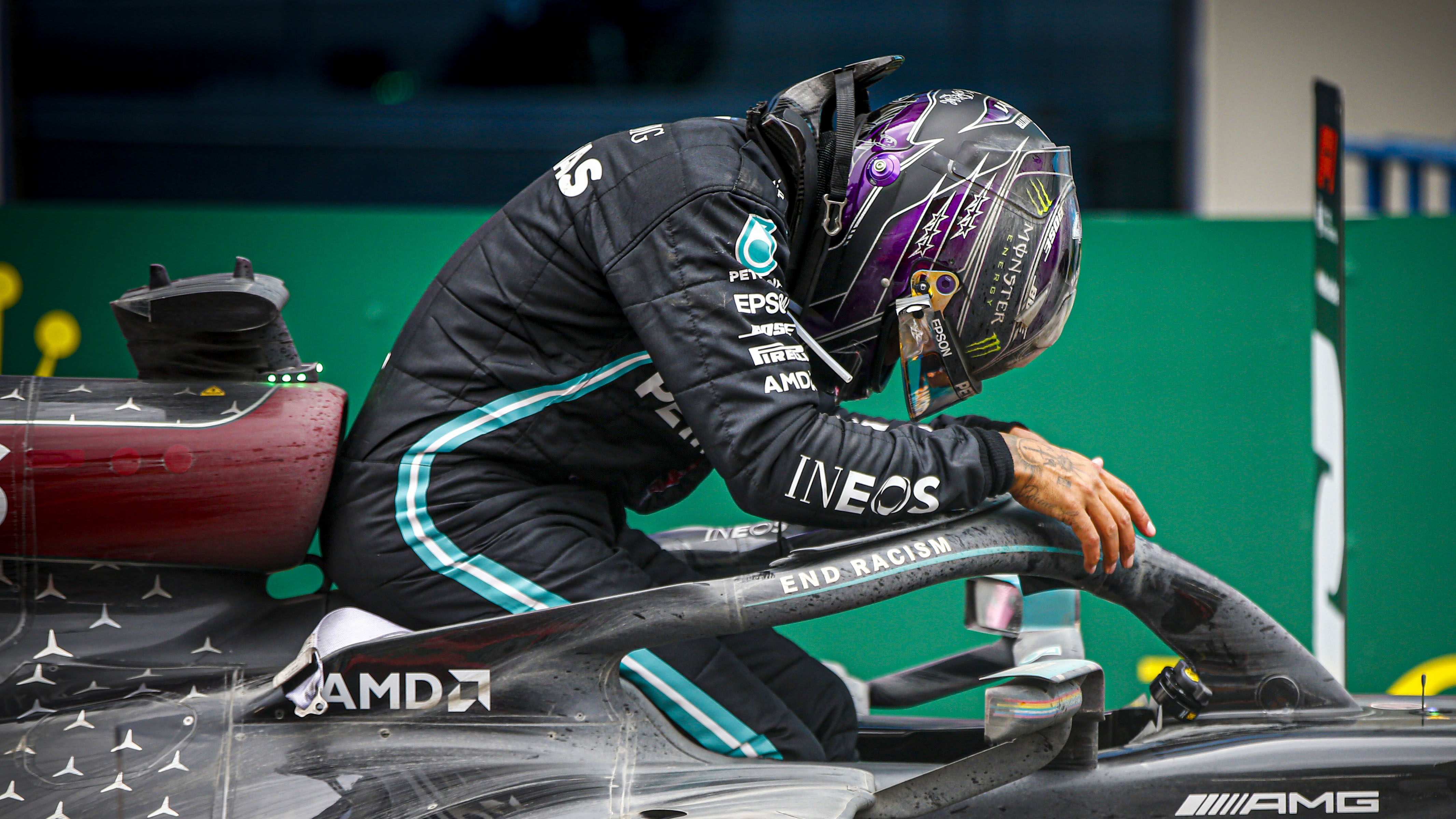 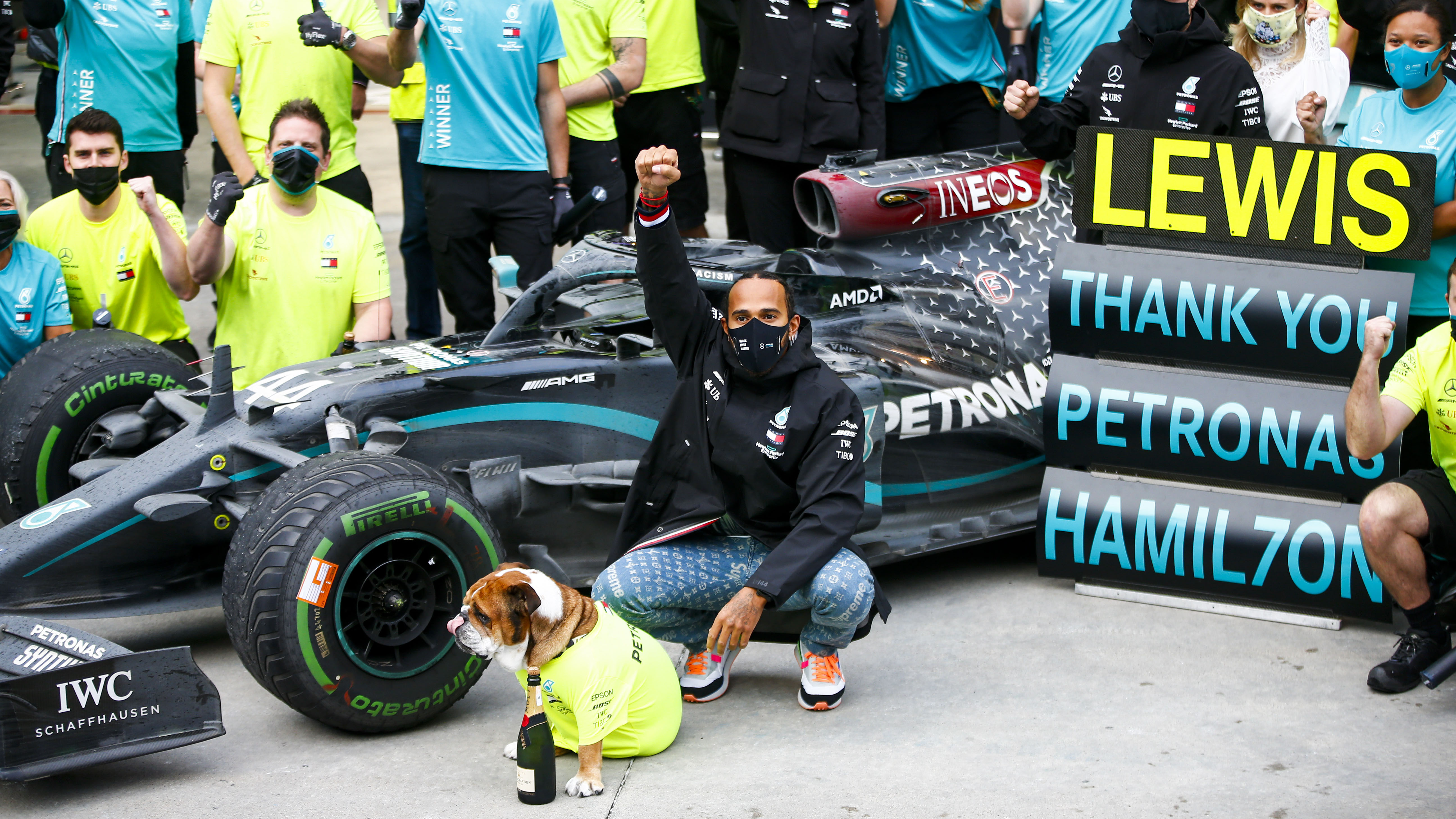 “You are the greatest F1 driver in history,” said a congratulatory Sebastian Vettel. The four-time world champion – once a great rival – who managed to squeak onto the podium in an absolutely banzai Turkish Grand Prix, was the first to rush over to car number 44 and offer a salute.

Because the man in car number 44 – one Lewis Hamilton – just won his seventh Formula One world title. Seven. World. Titles.

Which means he's finally done it. He's matched the previously untouchable record set by Michael Schumacher (who ever thought it’d be possible to equal Schuey’s records?) making Hamilton the joint most successful Formula One driver of all time (in terms of championships). In any other metric you care to mention – pole positions, podium finishes, races won etc etc – Hamilton is number one.

“I definitely am a bit lost for words,” a clearly choked-up Hamilton said after the race. “Naturally I start with saying a huge thank you to all the guys who are here and back at the factory. The journey we’ve been on is monumental. I dreamed of this when I was young, when we were watching the GP, [but] this is way beyond our dreams. 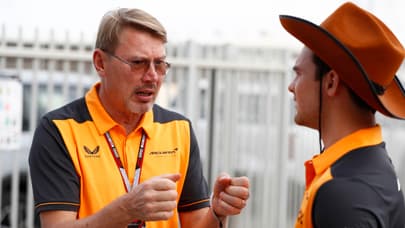 “To all the kids out there, never doubt yourself.”

What a way to seal victory, too. Going into the Turkish GP, all he had to do was finish ahead of his only remaining rival, teammate Valtteri Bottas. Both qualified well out of position -Hamilton sixth, Bottas ninth – but as they always say, the great ones find a way. Hamilton slowly, slowly waited for his moment, desperately keeping his Merc pointing in the right way, before working his way up the grid. Bottas, sadly, suffered spin after spin and went the opposite way.

In the latter half of the race, Hamilton’s dominance on those very much bald intermediate tyres was so massive, he ended up lapping Bottas. Poor Valtteri came on the radio just willing the race to be over. “He deserves it fully,” Bottas said after the race. “Really good for him. I’ll try to beat him next year.”

It’ll be a tough ask. For anyone. Joking with Mark Webber in a post-race interview about what happens next for Hamilton’s remarkable journey both on and off the track, the now seven-time champion said: “I feel like I’m only getting started.”