Motor racing community comes together to remember one of its finest 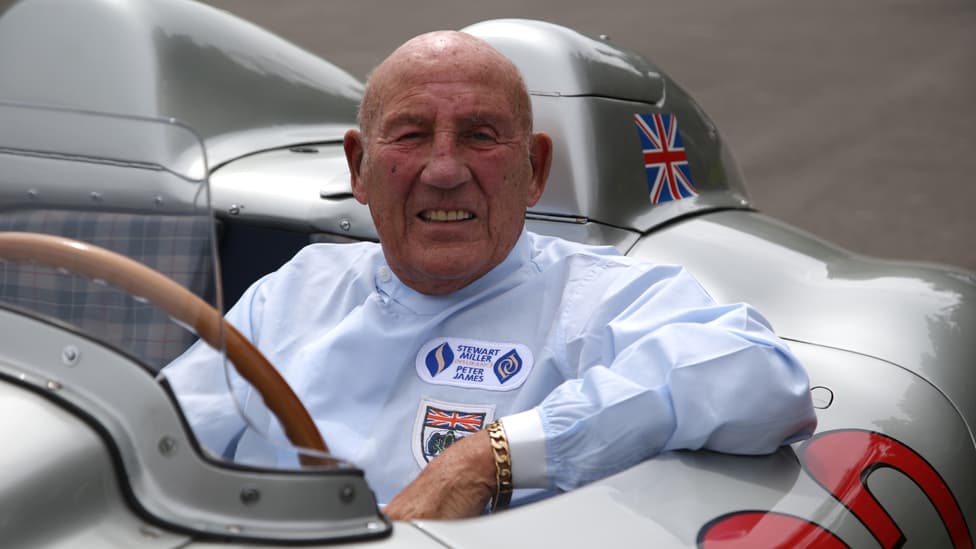 The ‘greatest driver never to win an F1 world championship’ leaves behind him an incredible legacy. That drive on the Mille Miglia, his unquestioning sportsmanship, his fearlessness and ability to wring the best out of any machine he was in, herculean F1 drives at Monaco and the Nürburgring… the list goes on.

The motorsport community was united in its tribute to Sir Stirling. Six-time F1 world champion Lewis Hamilton – who shared a special bond with Moss – said: “I certainly will miss our conversations. I am truly grateful to have had these special moments with him. Sending my prayers and thoughts to his family. May he rest in peace.”

Mercedes F1 boss Toto Wolff said: “Sir Stirling was a larger-than-life figure in our sport and one of the survivors of an age when motor racing was about danger, bravery and camaraderie. But most of all, Stirling’s career was characterised by an impeccable sportsmanship and in this he truly set himself apart. He was a great figure in the history of Mercedes, both as a Grand Prix driver and the winner of the 1955 Mille Miglia. 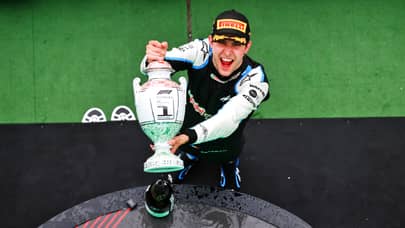 What time is the Hungarian GP this weekend? And will it rain?

“It is no exaggeration to say that we will never see his like again,” Wolff added.

2015 F1 world champion Nico Rosberg declared Sir Stirling “truly a racing legend”, Mark Webber noted how Stirling was “a special man indeed”, and Martin Brundle said he was “a mighty racer and gentleman. He had a press on style on the track and in life. Remarkable man. Survived the most dangerous era of motorsport. He had such great stories to tell, and it was a privilege to know him.”

FIA president Jean Todt said: “Stirling Moss left us after a long fight. He was a true legend in motorsport and he will remain so forever. My thoughts go out to his wife Susie, his family, his friends.” The World Endurance Championship added that Sir Stirling was “the world’s greatest sportscar racer of his era”, a “true motorsport legend and the benchmark driver in this era in F1, endurance racing and countless other disciplines”.

1978 F1 world champion Mario Andretti said: “He was my hero and such a kind man beloved by everyone. He was a true giant in our sport and will be missed forever. My deepest sympathy to his devoted wife Susie. Rest in peace, racer.” Two-time F1 world champion Emerson Fitipaldi said: “Sir Stirling Moss one of the greatest, super champion, inspired many generations.” 1996 F1 world champion Damon Hill added: “God’s speed Stirling. You’ll always be a champion to me.”

Maserati said Sir Stirling was “the greatest Englishman to ever drive a Maserati,” and that he was “audacious, devoted, skilful, and fierce: a true gentleman that embodied the true spirit of racing”, while Aston Martin Racing noted how he was “a legendary sportsman and gentleman”, and “one of Britain’s greatest racing drivers”.

McLaren said Sir Stirling was “a prodigious competitor, supremely talented racer, and consummate gentleman”, and that he leaves “an indelible mark of greatness on the history of international motorsport”. Lamborghini said that Stirling was “a true legend in motorsport and will remain so forever,” adding that he was “one of the greatest drivers of all time”. Ferrari said that “Stirling Moss symbolised motor sport. He was a true personality who left an indelible impression on the history of racing,” and that he was “a formidable opponent”.

Outside of motorsport, Gary Linker said: “Sir Stirling Moss has reached life’s chequered flag, and what a race he drove. Wonderful driver and a lovely man.” Former boxing world champion Frank Bruno said: “He privately supported me over many years and was an amazing driver in his time, he will be greatly missed. My thoughts are with his family and all that had the pleasure of knowing him.”

Sir Patrick Stewart, a close friend to Sir Stirling, said he was “deeply saddened by the news that my friend and hero Sir Stirling Moss has died. My love and condolences to Susie, Lady Moss”.