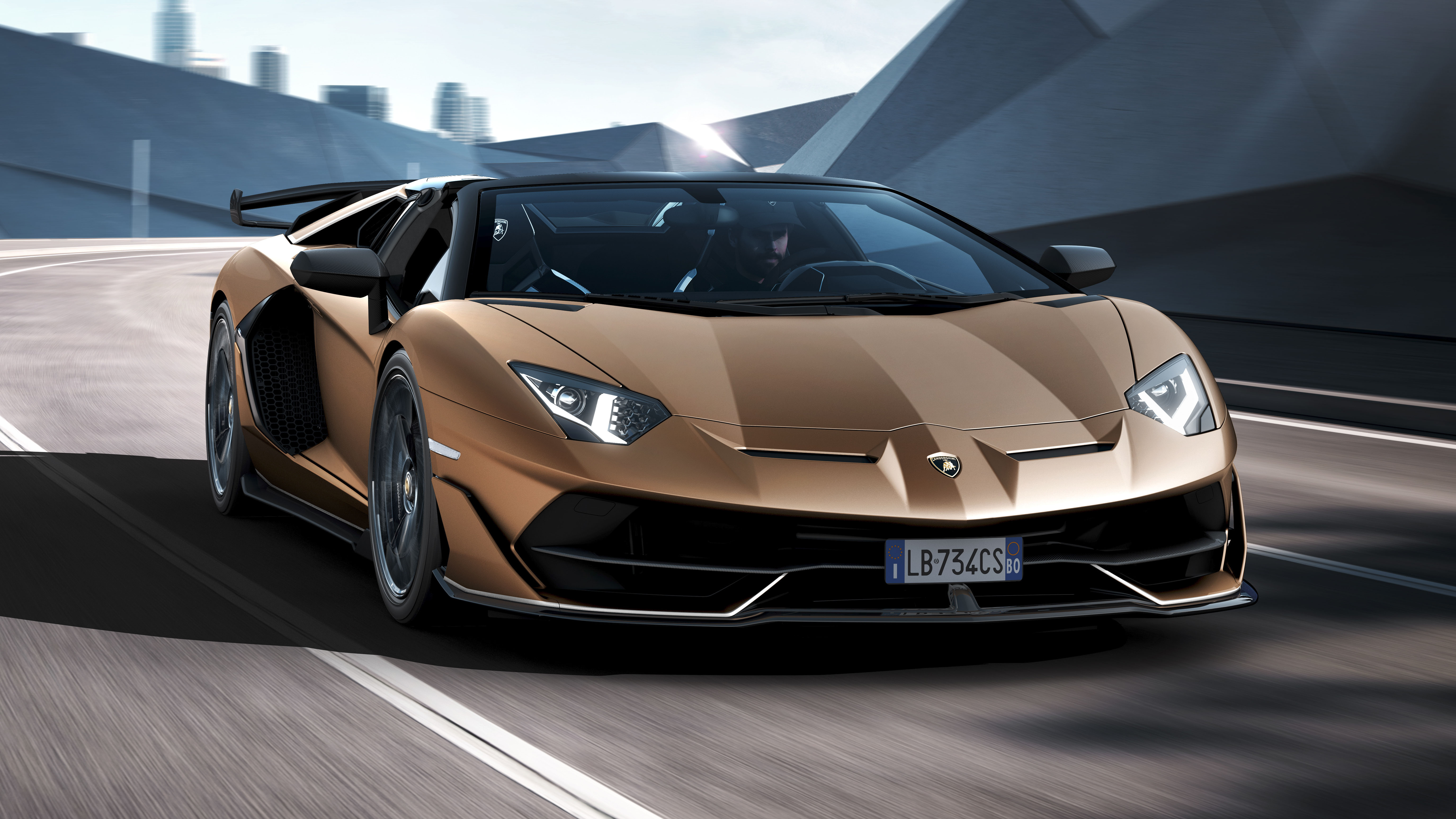 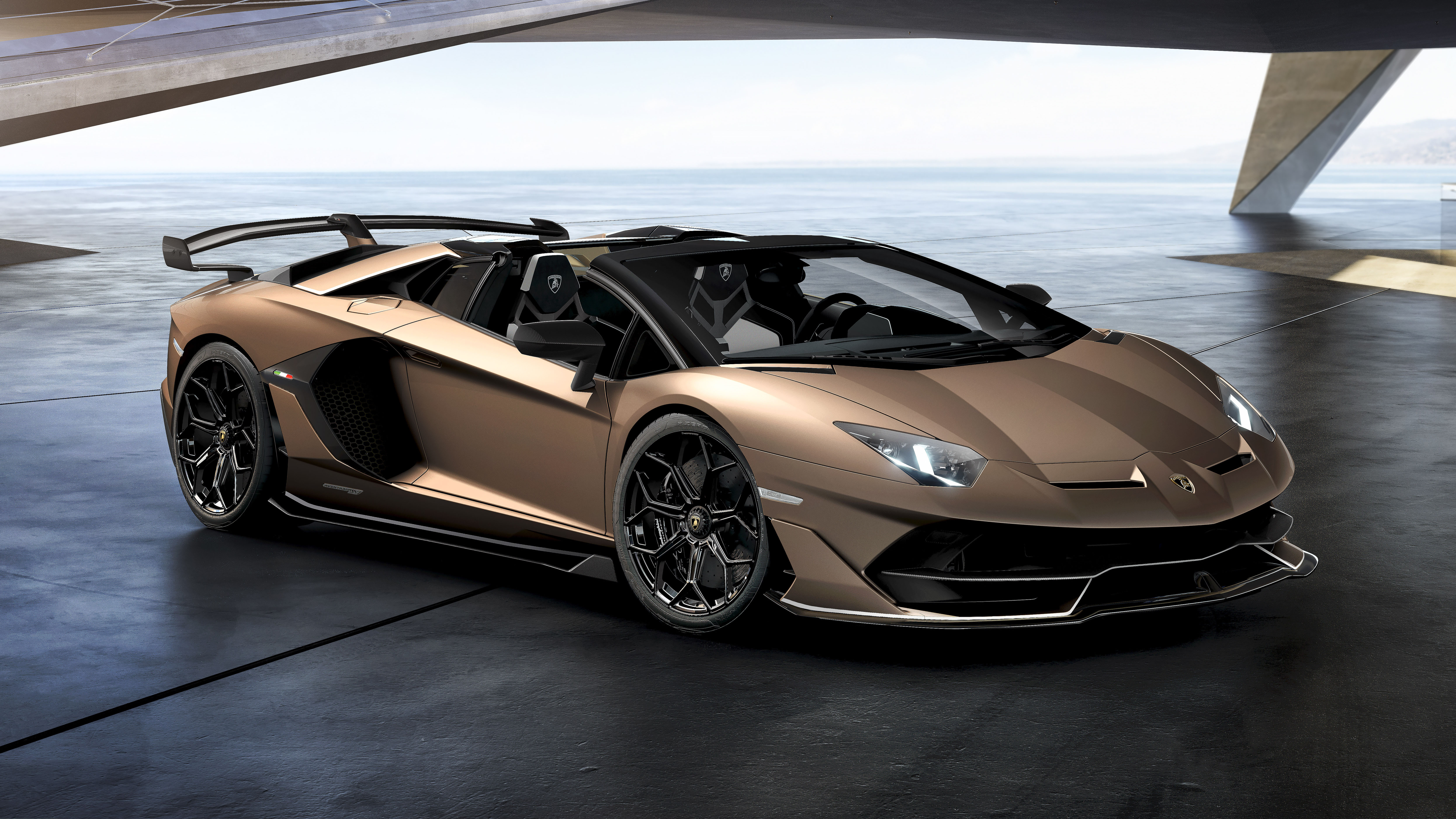 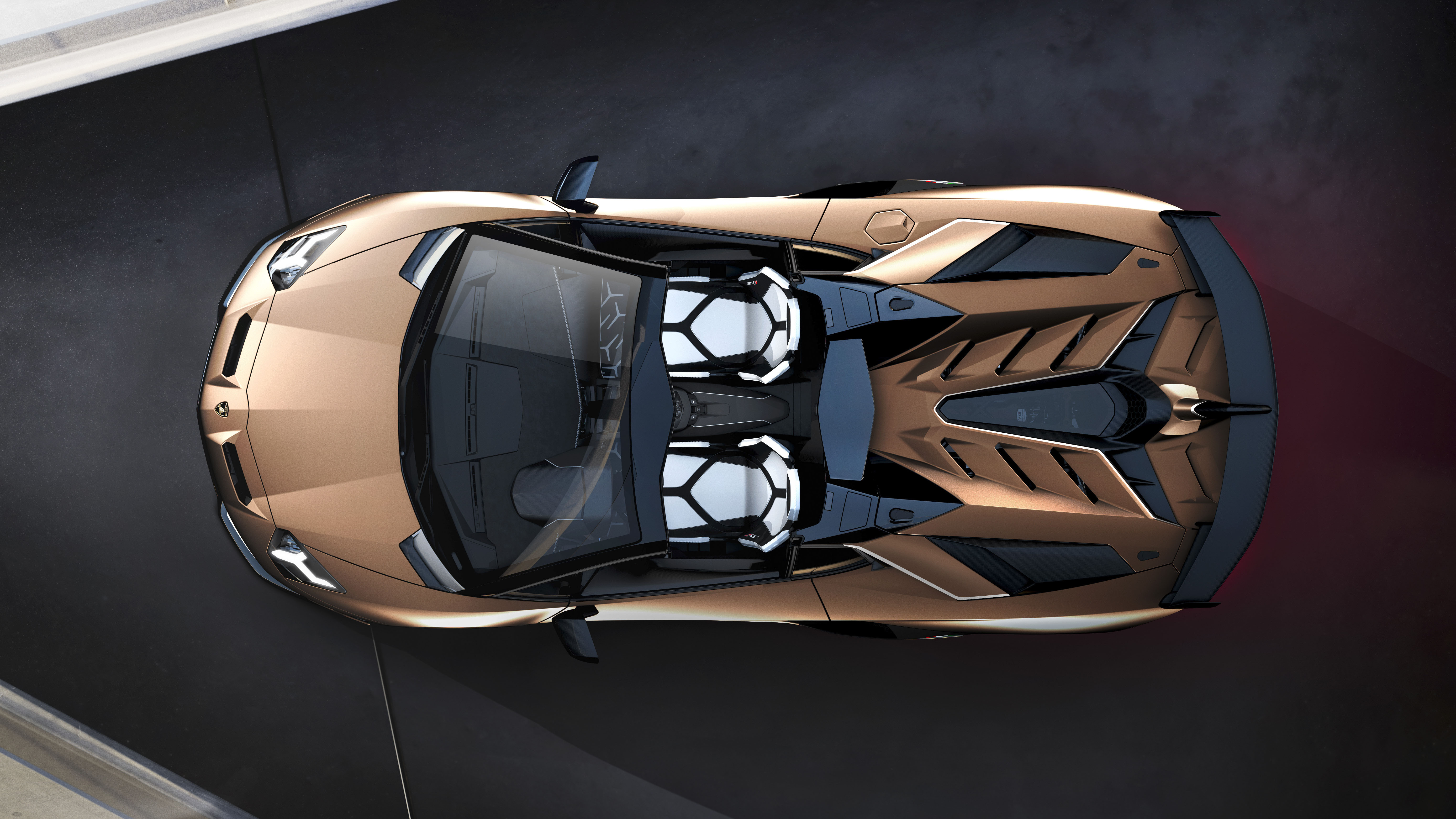 There are many impressive numbers that come as standard with the new Lamborghini Aventador SVJ Roadster. 759bhp, 0-62mph in 2.9 seconds, 217mph flat out… and only 50kg heavier than the Nürburgring record-setting SVJ coupe.

And there’s more. Lamborghini says that replacing the car’s roof with fresh air hasn’t wrecked the SVJ’s trick active aerodynamics. Apparently downforce is up by 40 per cent versus the old Aventador SV Roadster, which is now probably worth about twenty pence on the second-hand market. We hope.

Because yep, despite the SVJ Roadster prioritising two 6kg removable roof panels over absolute hardcoreness, you still get the clever aero-vectoring wings that divert airflow across the car as you corner left and right. The SVJ Roadster can still stall its wings when you’re going flat out, to reduce drag. On the way, it’ll manage 0-124mph in 8.8 seconds. Blimey.

It’s all terribly clever, and well-proven tech, as we discovered when we drove the coupe. Will an SVJ Roadster ever see a racetrack? Who cares? TG.com suggests all 800 examples should come as standard with their own private tunnel. It’s got no roof and an uprated, naturally aspirated 6.5-litre V12. Can you imagine the noise?

Lambo says: “The high-mounted lightweight naked exhaust produces the most emotive sound from the SVJ Roadster’s engine, adding to the experience of the roadster’s occupants.” Which is a professional way of saying ‘it goes waaaaaaahhbwwaahhhh and everyone within a square mile is gloriously deaf within ten seconds.’

In nerdy news, you still get magnetic adaptive dampers, four driving modes, and Pirelli’s stickiest tyres. In childish news, the 1,575kg SVJ Roadster comes as standard with a rear window lowering button to flood the cockpit with as much noise as you can physically sustain before you become a dribbling wreck. Oh, and there are 350 colours of paintwork to choose from.

What else would you expect, for just shy of £380,000? It’s the most extreme Italian drop-top this side of the very sold-out LaFerrari Aperta, and we wouldn’t expect any of the 800 SVJ Roadsters to hang about either. It’s a glorious homage to carbon fibre, 8,700rpm V12s, tech so canny it’s banned from racing cars, and pure pin-up hypercar lunacy.

Drink it in. You can almost hear those pictures. Coming soon to a flame-spitting Instagram account near you...