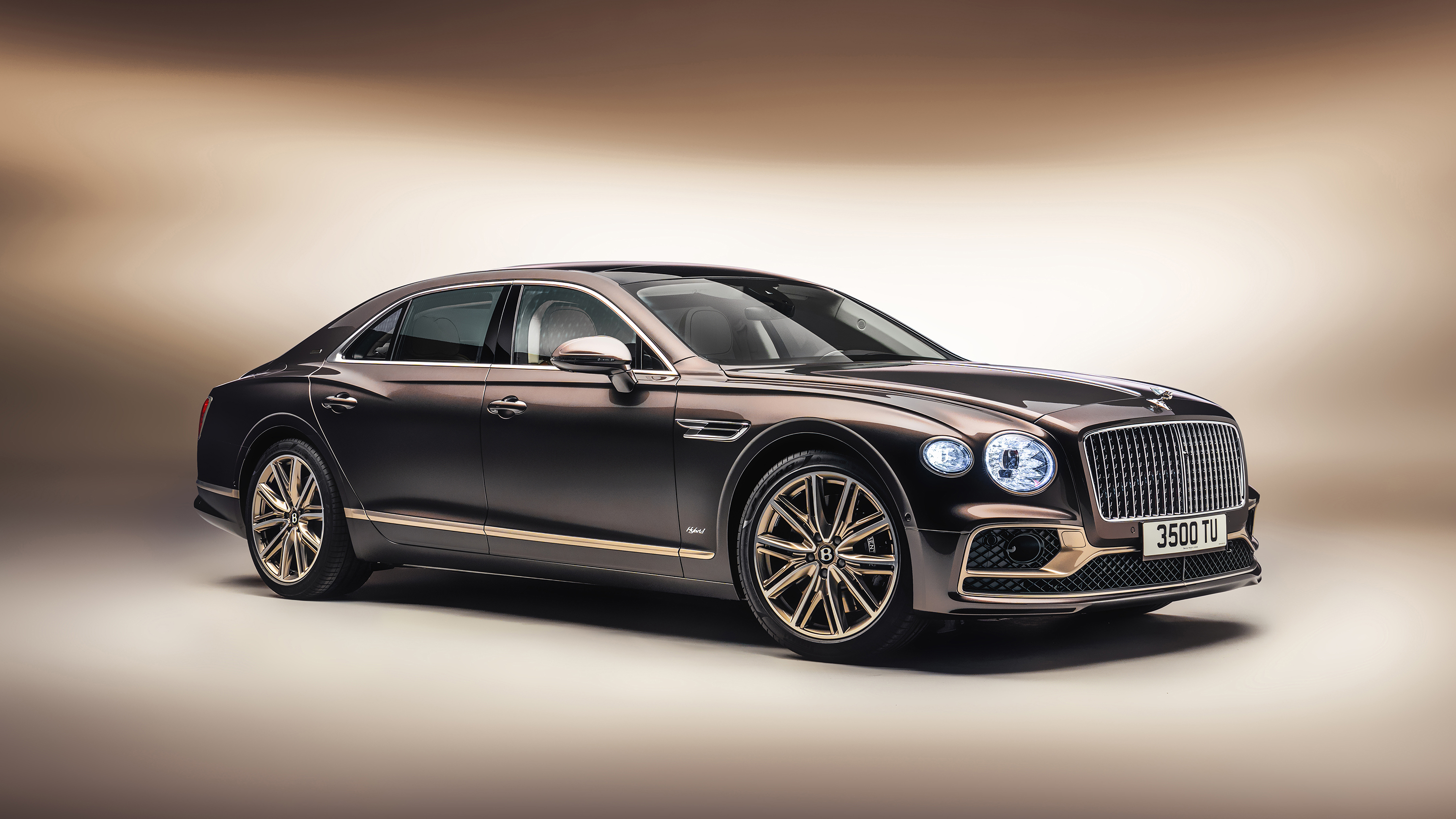 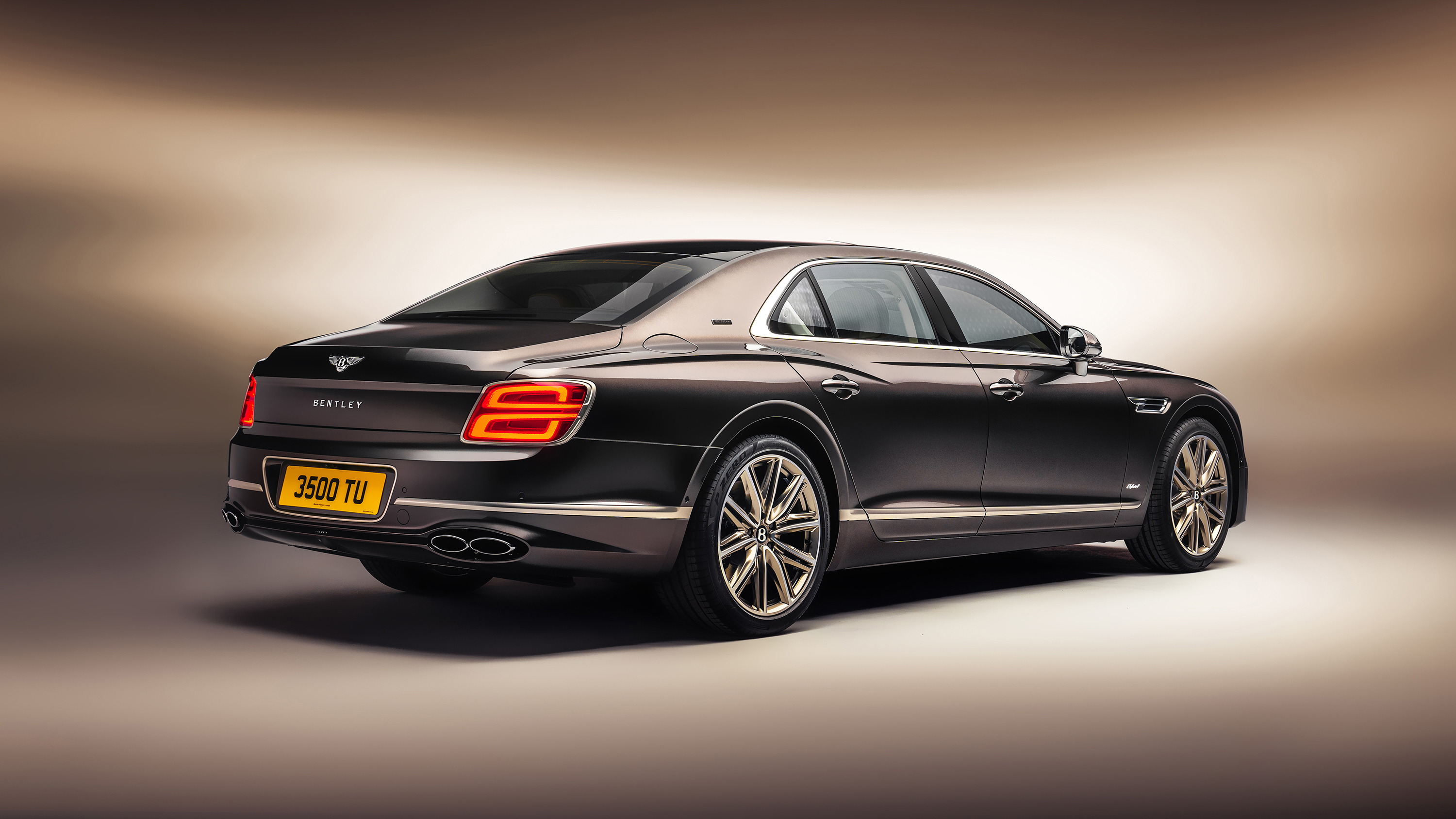 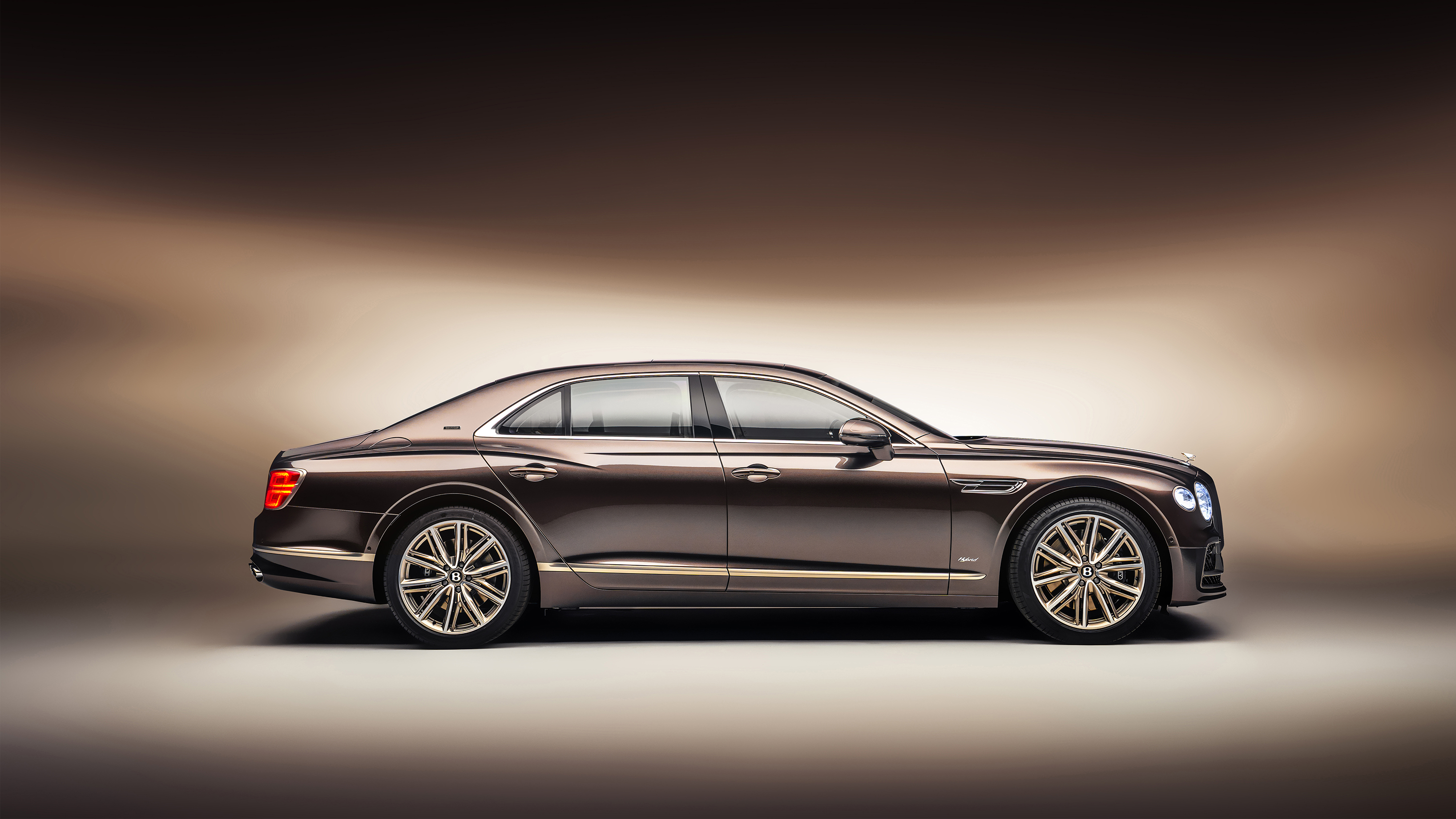 Bentley recently launched a hybrid version of its Flying Spur limo. But we suspect some people won’t yet be sold – using V6 power in a car launched as a W12 mightn’t immediately scream ‘luxury’, no matter how e-boosted that V6 is.

But Bentley already has such worries catered for. This is the Flying Spur Odyssean Edition, available only as a hybrid and here to gently nudge any reluctant rich folk in the direction of the Crewe company's electric-only future.

The claim is that it takes design inspiration from Bentley’s 100 EXP concept, but the reality is that ‘inspiration’ amounts to some rose-gold (or Pale Brodgar in Bentley-speak) detailing lower down on the Spur’s exterior, around its circular lights and on its 21in wheels. “A curated exterior palette of six colours have been recommended to harmonise with the Pale Brodgar accents,” we’re politely yet firmly told, “but the full Bentley palette can be chosen from.” Don’t go messing up the aesthetic by paint-to-sampling your trainers, guys.

Inside is where things get more interesting, though, with a more clear aesthetic link to the 100 EXP in the Odyssean’s colour palette and with much talk of sustainability in its materials. There’s tweed on the back of the seats – made from 100 per cent British wool, patriots – while open-pore Koa veneers apparently use 90 per cent less lacquer than the high-gloss wood you might have normally specced inside.

There’s still leather covering the rest of the seats, mind, but Bentley points to a 1955 S1 Flying Spur used in the design process, which still has the same leather from its manufacture 66 years ago. Sustainability achieved by lasting absolutely ages, in short. We’d like to see more of the tweed, though...

Enough flashiness to convince you a hybrid Spur is the best Spur? Or at least the most relevant?