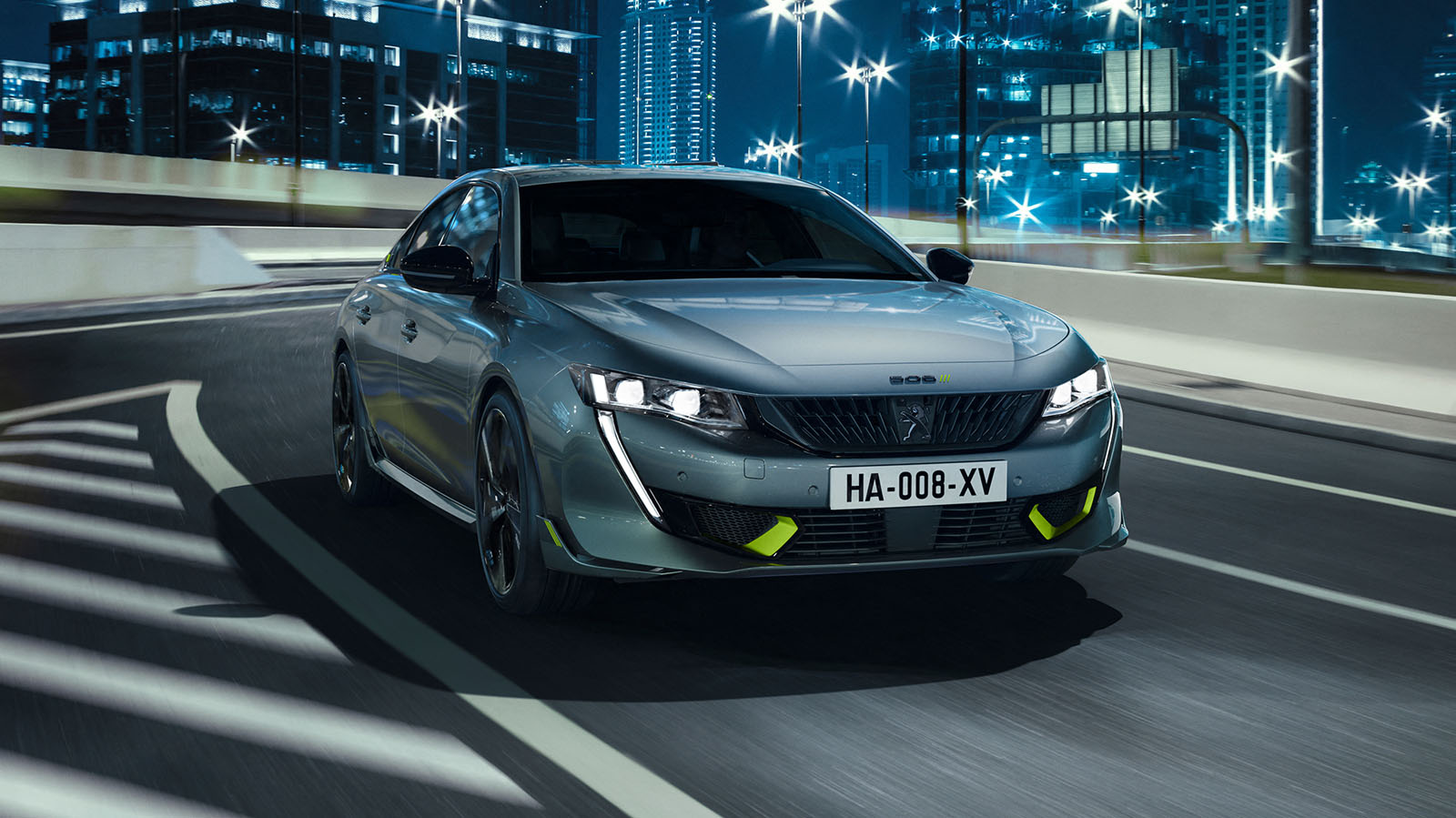 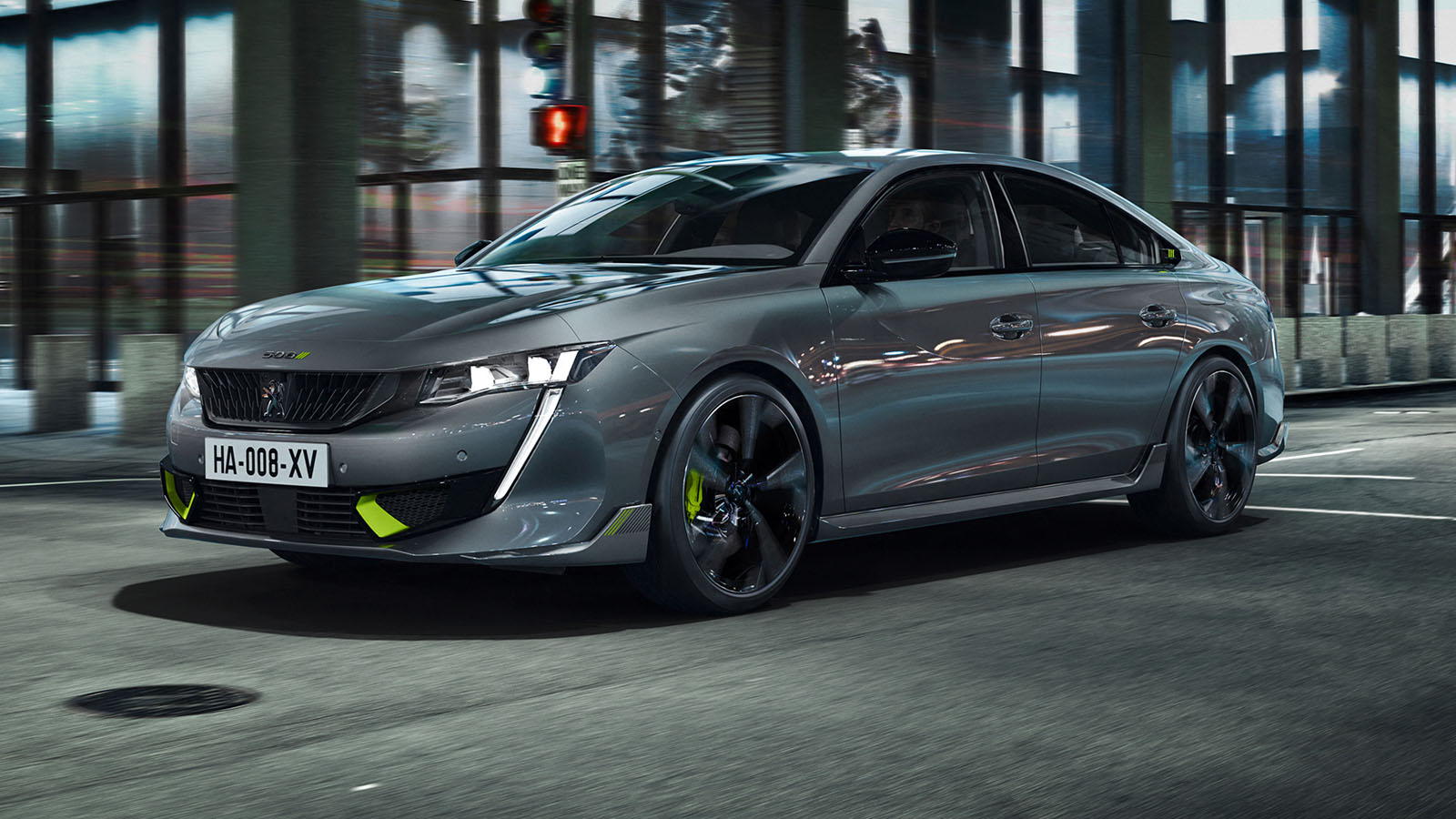 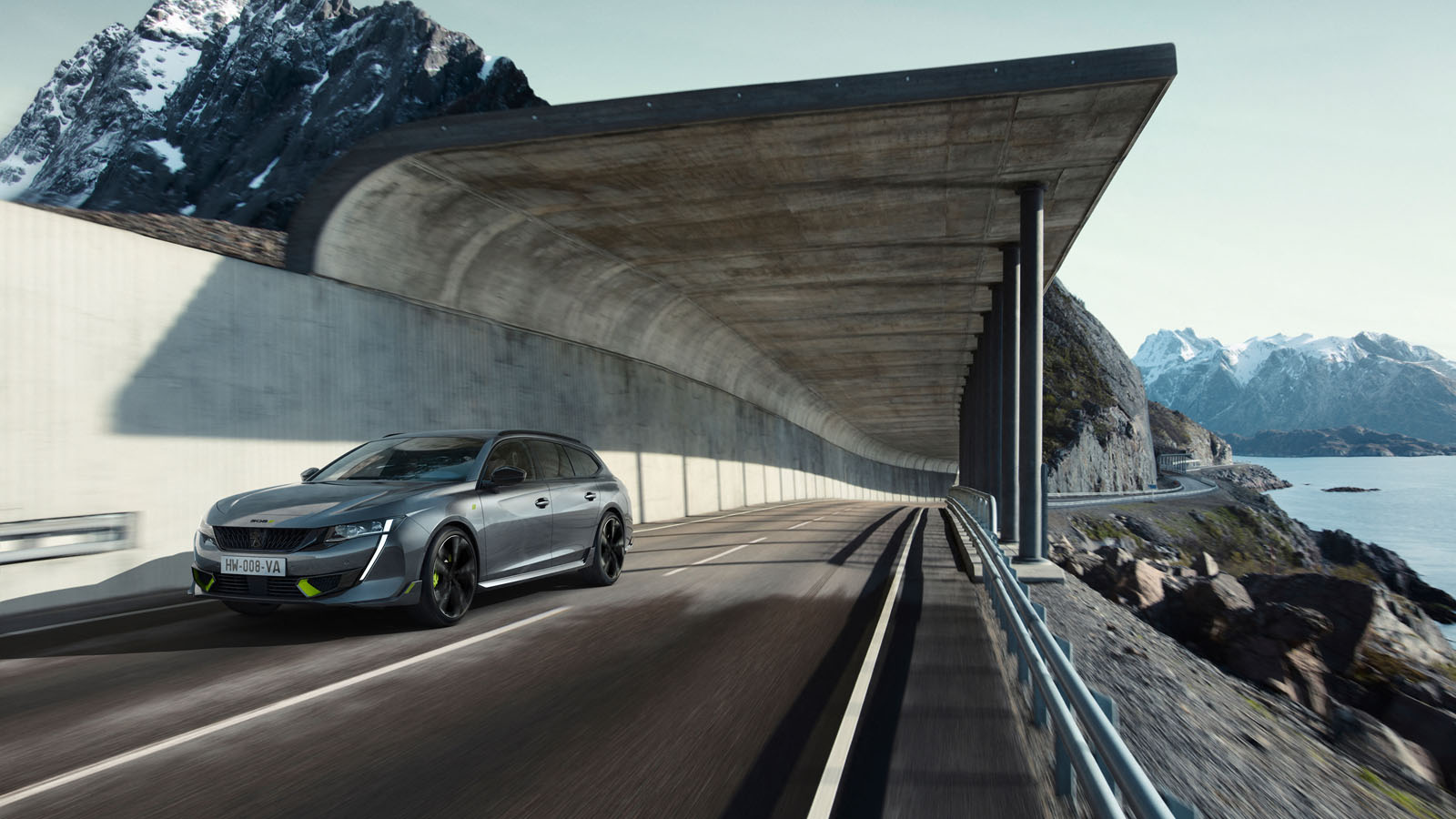 Does Peugeot’s new 508 ‘Peugeot Sport Engineered’ look familiar? It ought to – Peugeot brought a prototype to last year’s Geneva Motor Show and promised us it would make production in a year’s time. A year’s time being… around now.

So, welcome to the production-ready Peugeot 508 PSE – an all-wheel drive plug-in hybrid with 355bhp and 384lb ft from its 1.6-litre four-cylinder engine and twin e-motors, and the first car to wear the new ‘Peugeot Sport Engineered’ badge that identifies hot, electrified Pugs.

Not quite as powerful as the 400bhp prototype – then Peugeot Sport boss Bruno Famin warned us that would be the case – but still enough for 0-62mph in a swift 5.2 seconds and 155mph top speed. The “performance target” was apparently the Audi S4.

Looks basically identical, though, with lurid ‘Kryptonite’ green details, 20-inch wheels and bespoke front- and rear-bumpers and side skirts. Meanwhile we’re promised Peugeot Sport’s engineers have had a proper go at the chassis so the 508 PSE delivers the “enhanced performance and agility” its bodywork promises. It’s got a wider track than the normal 508, bigger 380mm brakes, sticky Michelin tyres, three-mode shock absorbers and specially-tuned steering among other things.

Drive modes include Electric, which gives around 26 miles of EV running with a fully charged battery (takes seven hours on a normal plug, less than two on a 7kW wallbox). You’ll live in Hybrid and Comfort – they juggle petrol and electric power all by themselves, the latter doing so with softer suspension for “high comfort”. Sport unlocks the full 355bhp, with the engine keeping the batteries primed for max attack, while 4WD keeps the rear axle in play for when the going gets properly slippery.

Happily, the PSE is also available as an estate, or ‘SW’ as Peugeot calls it. It’s the one we’d have. Both versions are said to be just as practical as normal 508s – the positioning of the battery and e-motors doesn’t eat into passenger or luggage space.

Peugeot hasn’t confirmed how much the PSE will cost – but prices for the ordinary 508 PHEV start at £35k and rise to just over £40k.

We think it looks cool. You a fan?