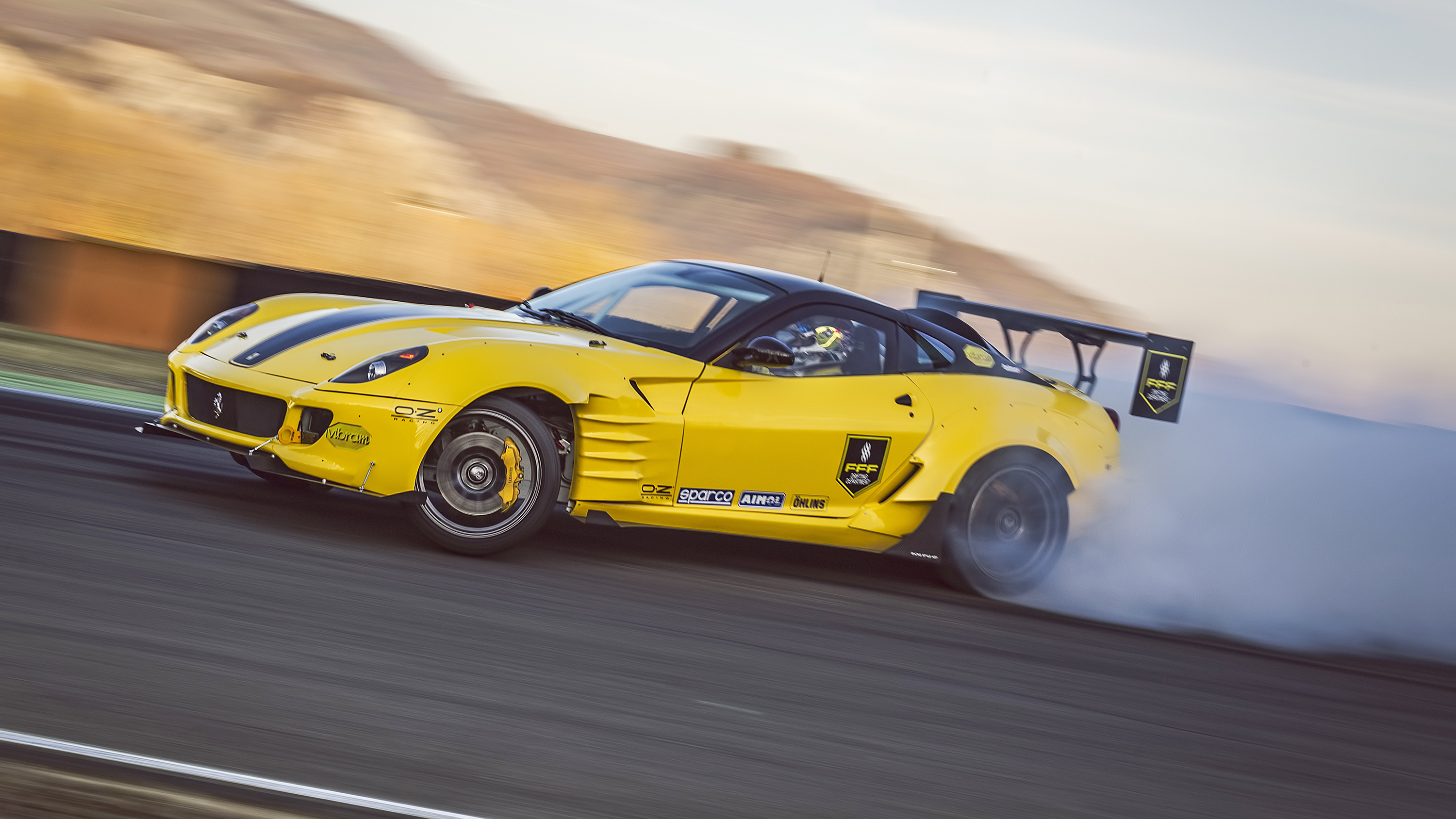 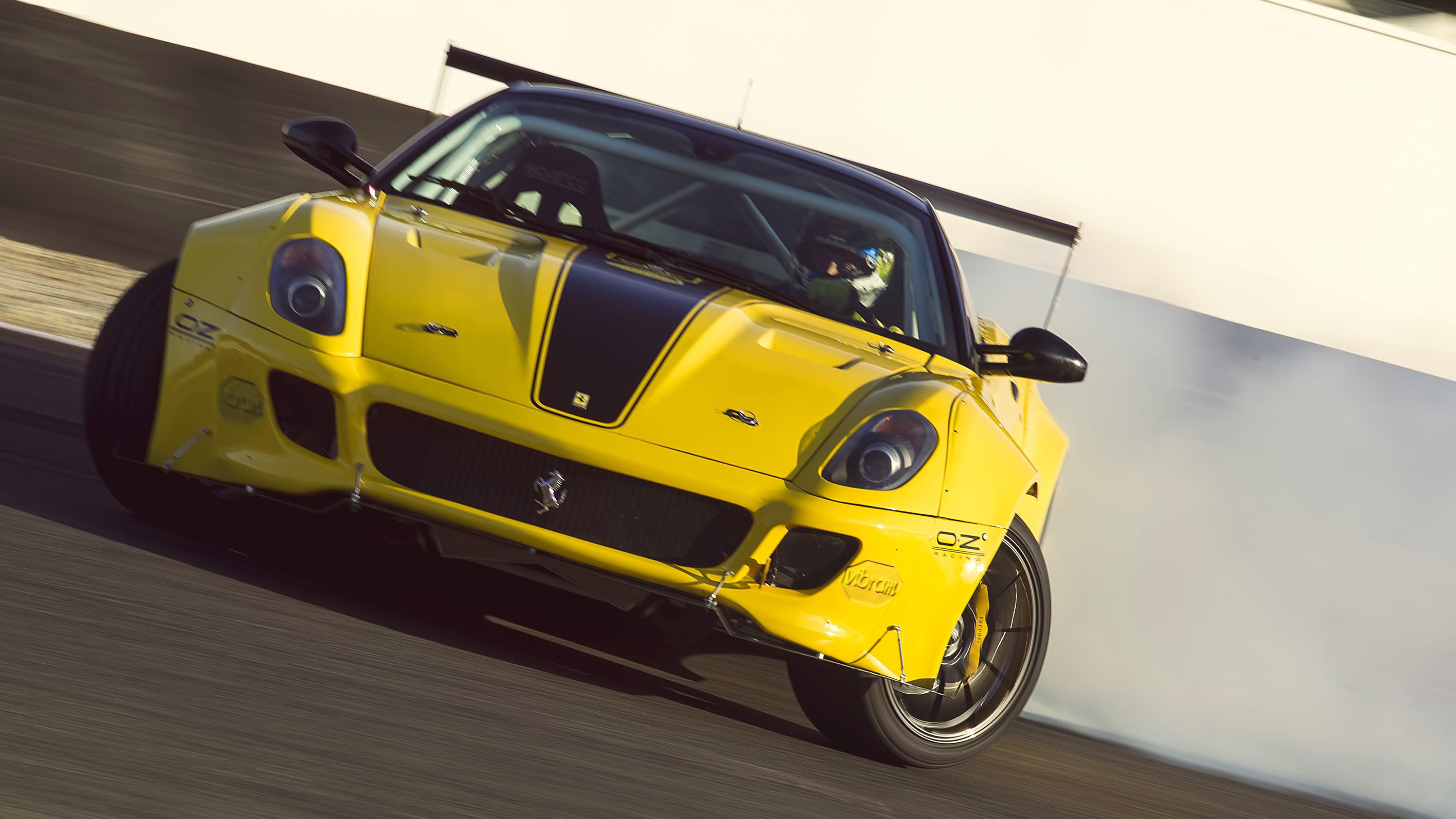 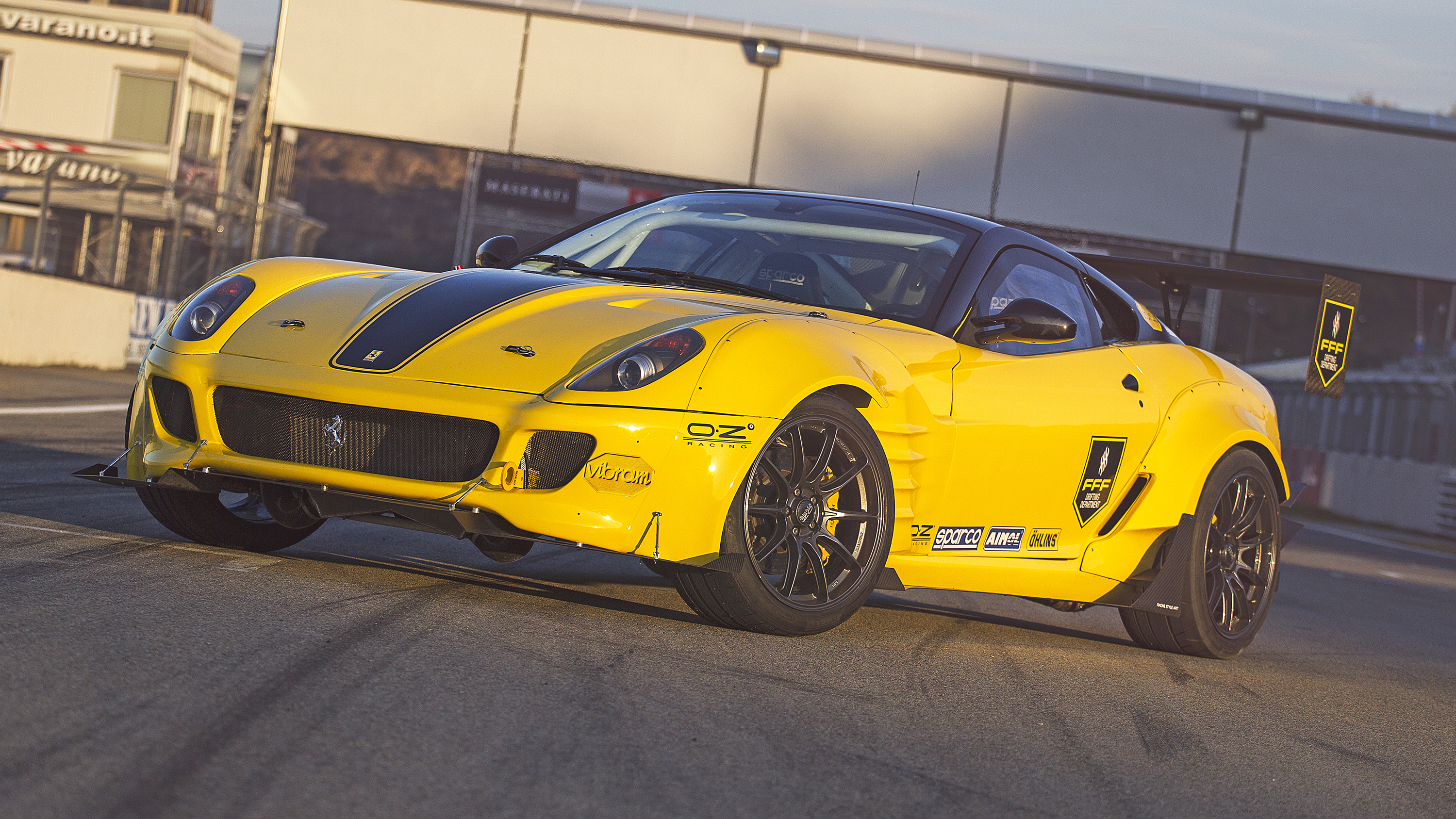 Think ‘drift car’ and what comes to mind? An old Nissan 200SX with some questionable graphics and a painfully tuned four-cylinder engine, perhaps. Not a near-1,000bhp turbocharged Ferrari 599 that lights up rear tyres like it's an AMG on space-savers, we suspect.

Called Fiorella, it's the work of FFF Drifting Department, and it’s the car of professional drifter Federico Sceriffo. He’s an Italian who posts wondrous stuff like “It’s Monday, just clutch kick and put it sideways!” to get his followers motivated at the start of the week.

As you might expect, Fiorella’s list of mods over a regular 599 is extensive. As standard, a Ferrari 599 GTB Fiorano left the factory with a 6.0-litre V12 engine producing 611bhp and 448lb ft. More than enough to require prudence with the throttle. A pair of Rotrex turbochargers have seen those numbers rise to 917bhp and 856lb ft, while the V12’s fuel injector is nearly as large as a Fiat 500’s engine. Yikes.

There’s a new six-speed gearbox (strengthened over standard, one would hope), a carbon clutch, Ohlins suspension, 20in OZ wheels and a Sparco ‘Drifting Pro’ seat. We imagine that hugs you in very tightly. 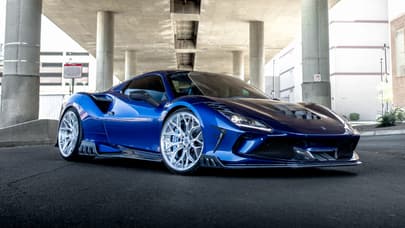 A tuner has given the Ferrari F8 Tributo 838bhp

Then there’s the aggressive body kit. The side strakes and bolted-on arches are a sight to behold, as is that ginormous wing. Much of it is carbon, and it tweaks the 599’s aero profile significantly. It ought to be completely different to drive over a regular 599, then?

“She is always a Ferrari and behaves like a wild horse always,” Federico poetically told Top Gear. “She is very scary when you want to get some serious speed, she shoots like a rocket ship. But when you put her sideways everything becomes clear and simple.

“She is the car that always dreamed about, a crazy spec, not easy to understand, but at the same time honest with the driver and very emotional and attractive to see sideways.”

And sideways this 599 clearly loves to go. Federico is planning to enter it into Formula Drift USA, among other international drift events. He assures us it’ll be an aural treat as well as a visual one.

“The noise is like a hungry lion, always shouting. The V12 enters in your brain and stays there, it will probably be difficult for other drivers to hear their cars when we are side by side and door to door!”

Oh, and perhaps most importantly of all, the dog pictured above is Don Rocco, Federico’s “son, best friend, and team director.” Yep. A drift Ferrari with a dog as its team boss. We’re smitten.