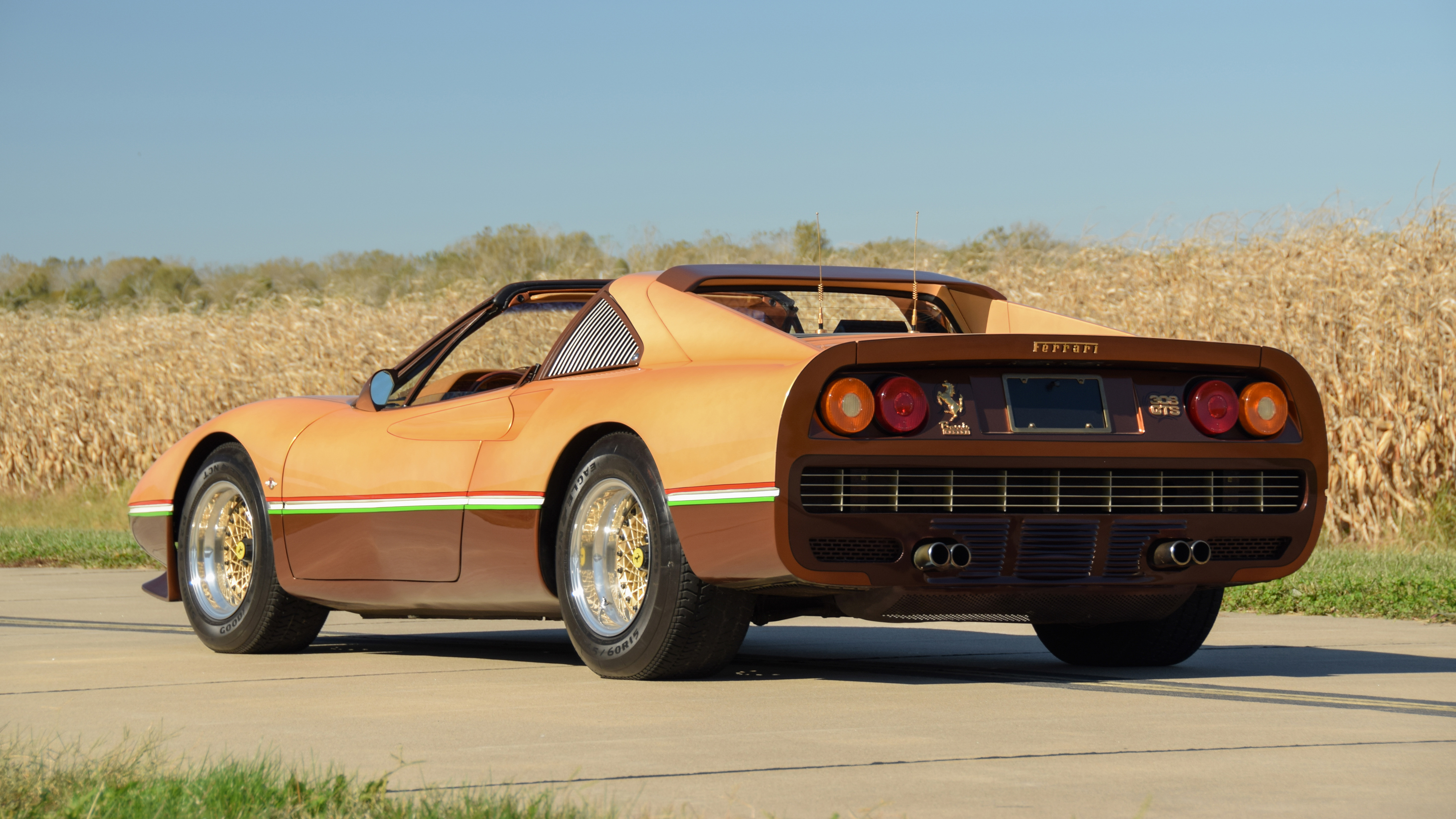 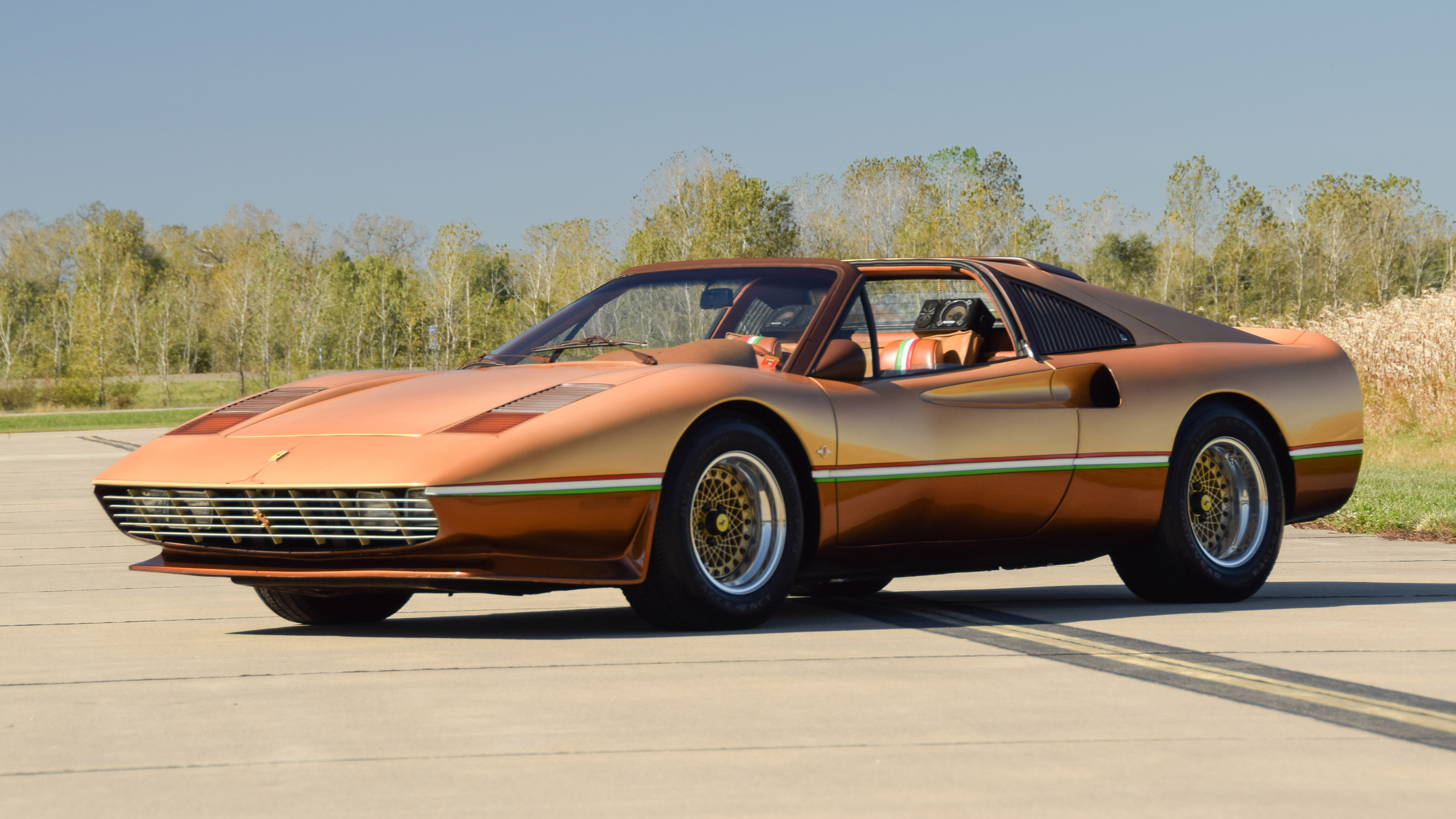 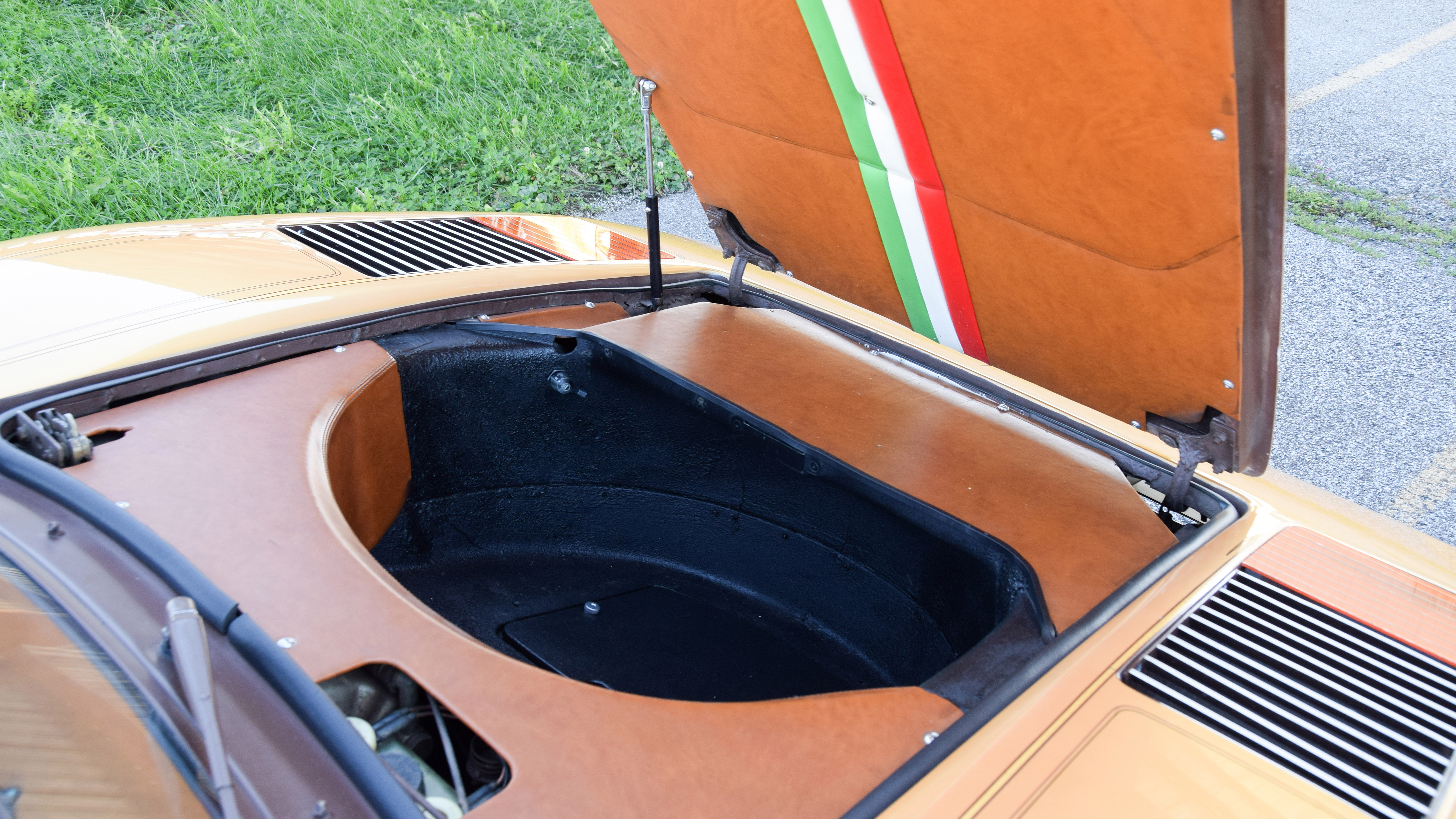 As a piece of TV memorabilia for those of a certain vintage – a fine vintage, no less – this one-off, customised Ferrari 308 GTS is a bit different from your average ‘appeared on telly once’.

It is none other than George Barris’ very own customised Ferrari 308 GTS. George Barris. The man who designed the original, 1966 Batmobile and Knight Rider’s K.I.T.T., among other notable career highlights (he was involved with Starsky and Hutch and the Dukes of Hazzard, too).

He purchased this 308 in 1978 as a “personal indulgence”, but applied his own unique take on the 250bhp, V8-engined Ferrari. He customised the front and rear arches, flaring them out for effect, as well as fitting super-wide wheels and tyres.

The pop-up headlights never stood a chance, either, replaced with driving lights inspired by the lovely 512 BB, and relocated below the bumper. Then came the new front spoiler. And new grille. And new rear spoiler. And a very unique two-tone gold and brown paint job. Brave. 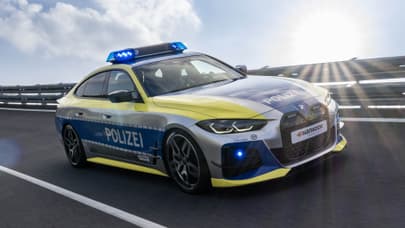 Check out this modified BMW i4 electric police car

He applied his best Knight Rider-ness inside, reupholstering the seats and fitting a fully custom digital instrument pod. He also slotted in an NEC telephone, a Sony TV, Kenwood stereo, back-up camera and a security key pad. The only thing missing, presumably, is the soothing, calming tone of William Daniels.

It’s covered just 8,000 miles since new, and has recently had a new timing belt, tensioner and clutch service. So you’re all good.

Oh, about that ‘appeared on telly once’ bit. This car did in fact appear alongside K.I.T.T., as ‘Dagger D-X’: “the chosen steed of the leader of an illegal underground street racing gang”. It’s practically Fast and Furious.

No reserve, either, so bid away to your heart’s – and wallet’s – content, here...