Is this the world’s most hardcore off-road van? | Top Gear
Advertisement
Modified

Is this the world’s most hardcore off-road van? 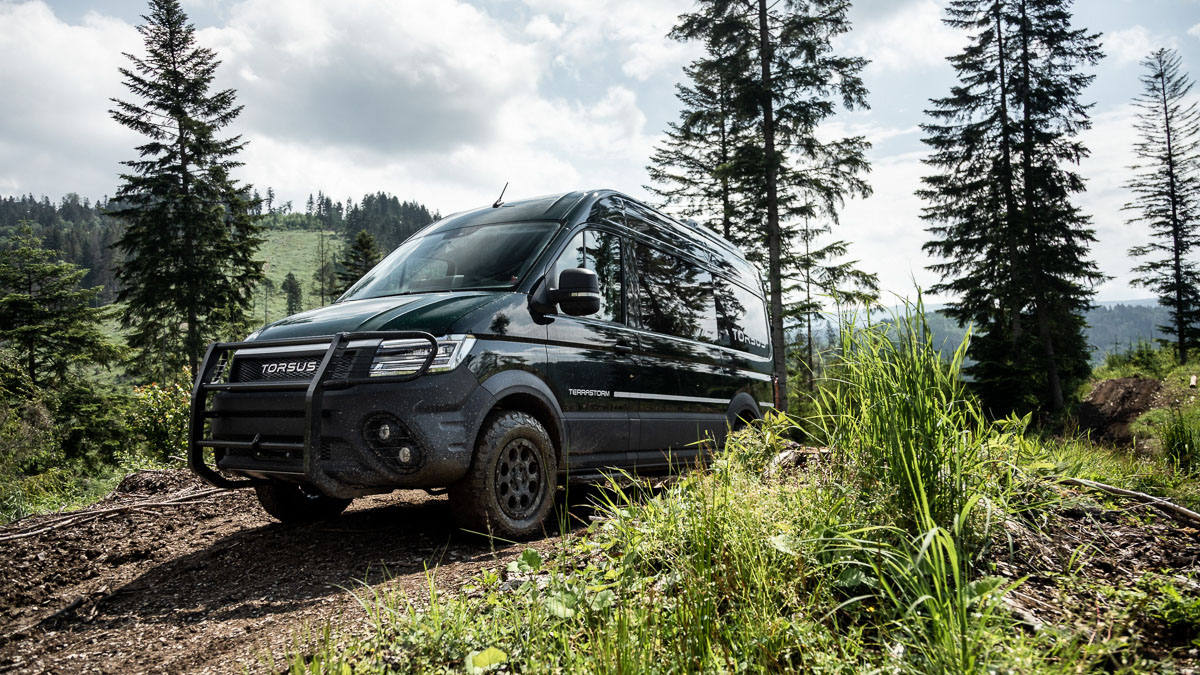 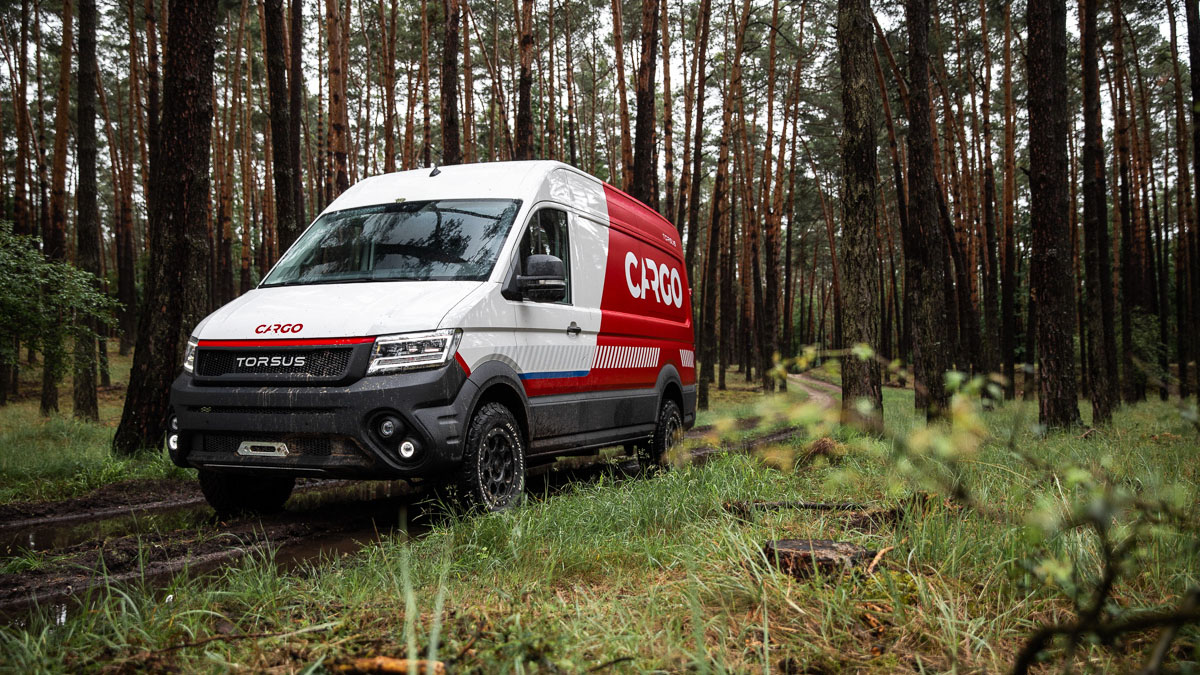 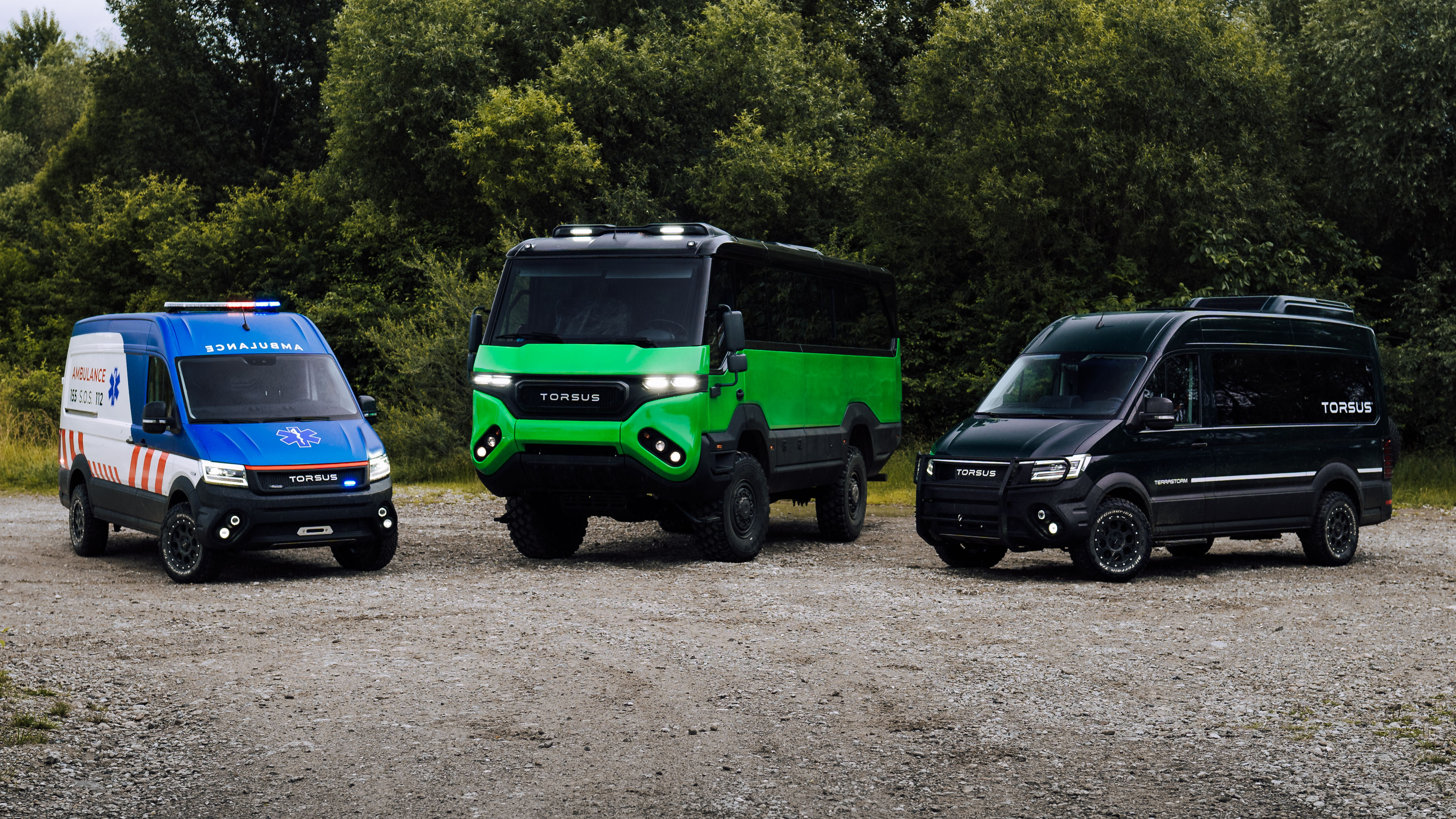 Torsus has been around since 2016, but we hadn’t heard of it until earlier this year, when the Czech company unveiled the awesome-looking (and sounding) Praetorian off-road bus. Now, just a few months later, it’s back with another new off-roader. And it too is quite excellent.

The Terrastorm – great name – is effectively a heavily-modified four-wheel drive VW Crafter. Available as a cargo van, ready-to-roll ambulance or minibus with up to 20 passenger seats, it was designed to “transport people and cargo to some of the world’s most inhospitable places”.

Set to cost the equivalent of little over £50,000 when it goes on sale later this year, specced properly the Terrastorm can wade through up to 820mm of water (that’s almost as much as the new Ford Bronco, and more than a Jeep Wrangler) thanks to its 290mm of ground clearance and heavy-duty BF Goodrich all-terrain tyres.

Torsus has also added a locking rear-differential and uprated suspension – Bilstein B6 shock absorbers up front, with optional Profender Dakar remote-reservoir shocks at the back – a winch rated to 5.5-tonnes and a bespoke 5mm thick ‘duraluminium’ skid plate that runs the entire length of its underside.

Engines? The standard 2.0-litre biturbo diesels with 138 or 174bhp and either a six-speed manual or eight-speed automatic gearbox.

You can order a Terrastorm right now, but only if you live in Germany, Poland, Australia, Chile, Peru or Ukraine. But happily the company is also looking to sell these things in the UAE, Argentina, France, Canada, Philippines, Kazakhstan, the US, Saudi Arabia and… yes, the UK.