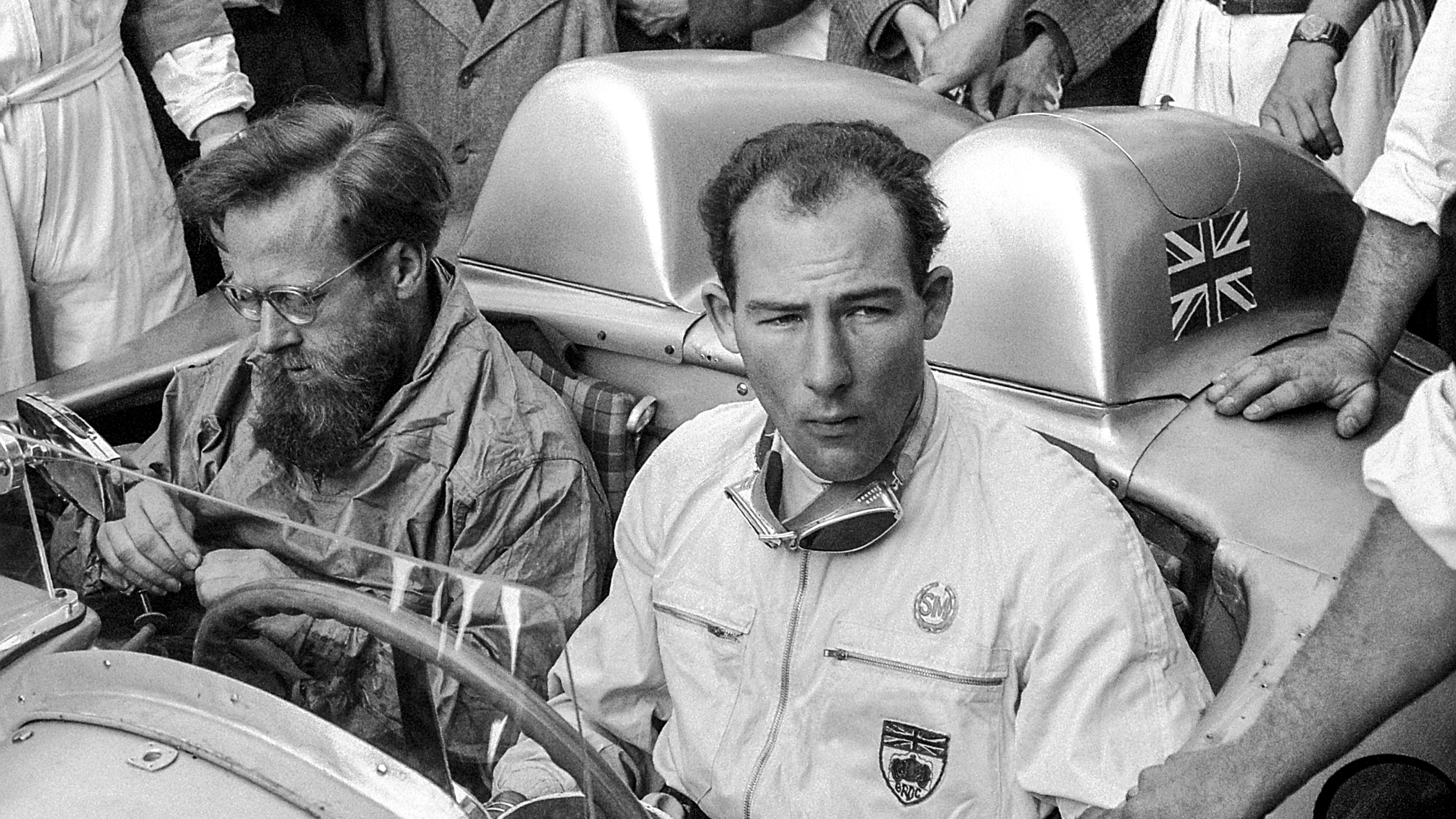 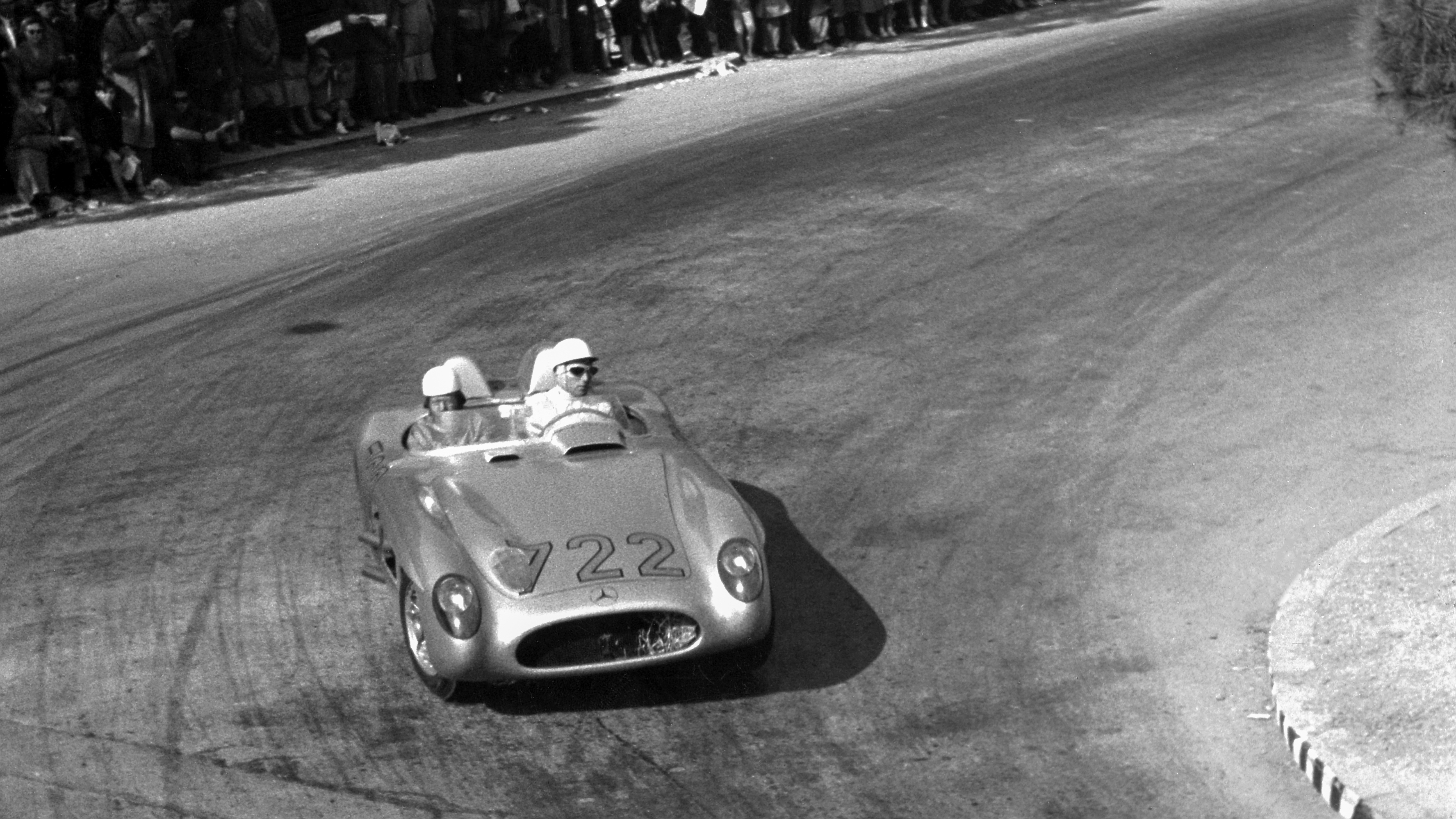 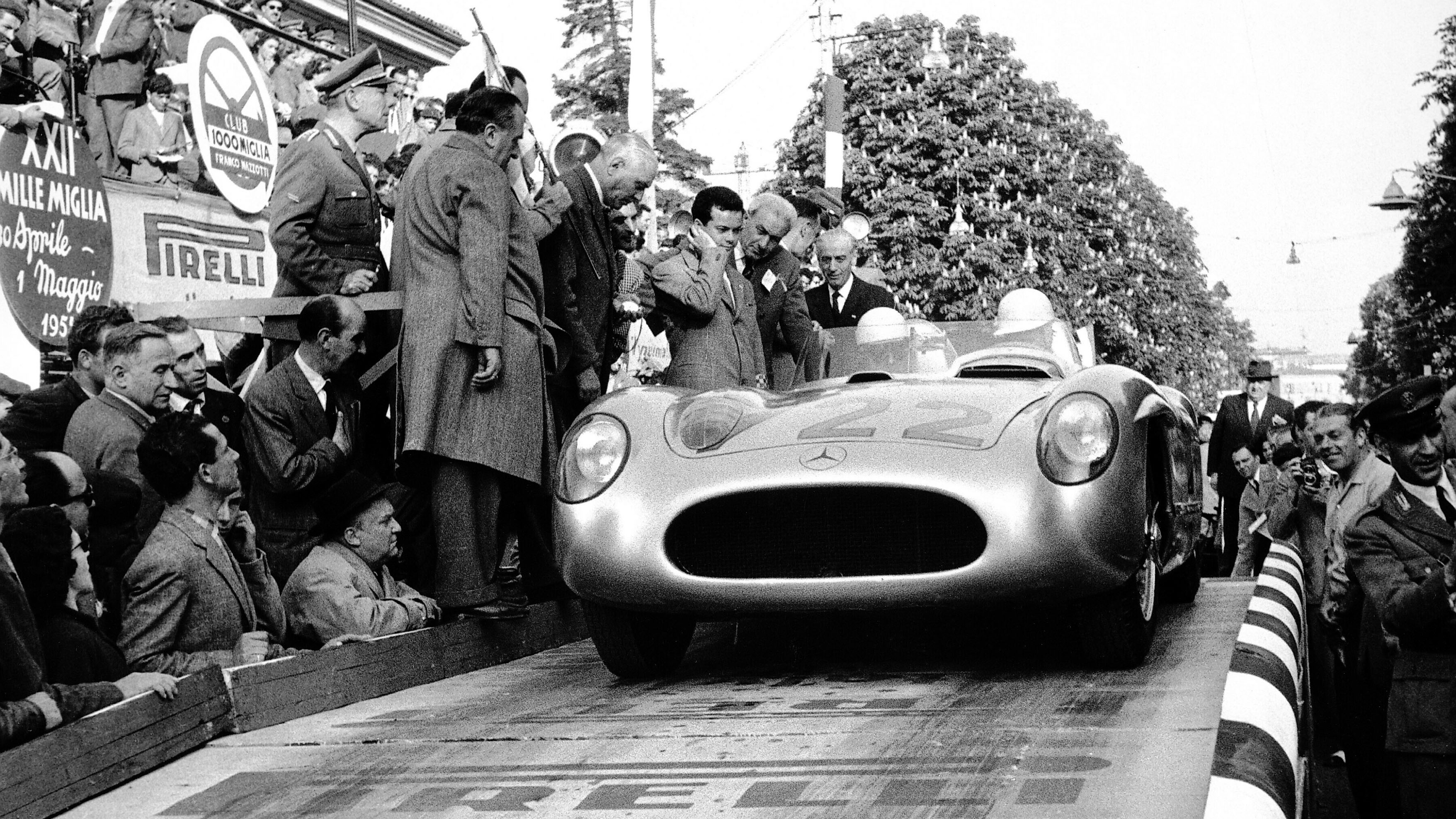 “The Mille Miglia was the only race that really frightened me, at least until the moment the flag fell” Sir Stirling Moss told us in 2015, on the 60th anniversary of undoubtedly one of the greatest drives in motorsport history, let alone his career. “There were hundreds of cars participating, although I didn’t have to overtake them because half of them fell off. Italian hairdressers you see, with go-faster stripes.”

On 1 May 1955 Moss and co-driver Denis Jenkinson, a motorsport writer (the chap with the beard), won the 22nd Mille Miglia in a Mercedes-Benz 300 SLR. They’d covered the almost 1,000 mile route around northern Italy, from Brescia to Rome and then back to Brescia, in just ten hours, seven minutes and 48 seconds at an average speed of 98mph. It’s a record that still stands today – the Mille was run in its original form for the 24th and final time in 1957.

The Italians had a massive home-field advantage at the Mille. So much so that Moss and German Rudolf Caracciola were the only two non-Italians to ever win it. “Driving in a road race where you don’t know the circuit is quite different, and demands a different technique…” Moss told us. “I could learn the Targa Florio, where I knew how to set the car up for each corner. I couldn’t for the Mille Miglia: you can’t learn 1000 miles [of public road], there are spectators lining the road and you can’t even see the apex of the corner, so you drive with the knowledge that maybe as you go round it’s going to get tighter.”

Which is why Moss enlisted the help of Jenkinson. Together they practiced the course before the main event and came up with a set of detailed pace notes. These notes lived in a metal roller device attached to the SLR’s dashboard, and were communicated to Moss with a set of hand gestures the two men had agreed upon. Moss told us that without Jenkinson, he’d have been “much slower”.

For context, Sir Stirling beat then F1 world champion Juan Manuel Fangio, in another SLR but without a co-driver, by more than half an hour.

Moss and Jenkinson departed Brescia at 7:22am, hence their SLR’s 722 race number. It was among the fastest cars in the field, with Moss hitting 180mph at times (remember these are narrow Italian country roads we’re talking about), and nowadays is insanely valuable. Who knows what it’d fetch at auction, should Mercedes ever decide to part with it. Moss said the SLR “was a large car but it was well suited to the event. It was also reasonably economical… we were getting eight or nine mpg, which at that speed is not bad at all”.