Evans is aiming to be Britain's next rally champ. And to buy a GR Yaris...

This week sees the World Rally Championship’s 2021 season kick off. In Monte Carlo, as tradition dictates. It’s less than two months since the 2020 season wrapped up at Monza, when Britain was dramatically denied its third world champion, Elfyn Evans’ title hopes dashed when his Toyota left the road in exceedingly slippery conditions.

Less than two months on, how’s he feeling ahead of climbing back into his WRC Yaris ready to chase down the drivers’ title again?

“It’s been a very quick turnaround from a delayed season last year,” he tells Top Gear. “We more or less finished that, went straight into Christmas, then into testing and preparation ahead of Monte Carlo. It’s one of the shortest off-seasons of any calendar; it’s been quite intense since the start of January to get as ready as possible.

“There’s some valuable lessons to learn from last year, but overall it was still a positive year. Of course, it wasn’t the result we wanted and we’re aiming to go one better in 2021. But the feeling throughout the team is good and it’s nice to have stability – everything was new and fresh last year, so with everything a bit more familiar now, hopefully we can have another good year with the team.”

When we spoke to him on the eve of the 2020 season finale, Evans refused to get carried away as excitement swelled around the possibility of the UK’s first champion since Richard Burns.

“I knew to clinch the title, it was going to depend on a strong performance and that realistically I needed to finish top three,” he says. “It was quite clear to me that Seb [Ogier, Evans’ Toyota teammate] would at least be in the hunt to win the rally, that he would give it his all. I don’t have any huge regret about my approach, I think it was all correct and I knew before going in what the situation was. It is what it is.

“We had some good results last year alongside some areas where I feel I need to be a bit better. We were quite close in most rallies, but let’s say there were some where the others had the edge.”

Evans garnered a lot of praise for leaping out of his stricken Toyota to wave oncoming drivers down and alert them to the torrid conditions, a move that ensured Ogier brought the drivers’ title to the other side of the Toyota service area. Was that instinctive? 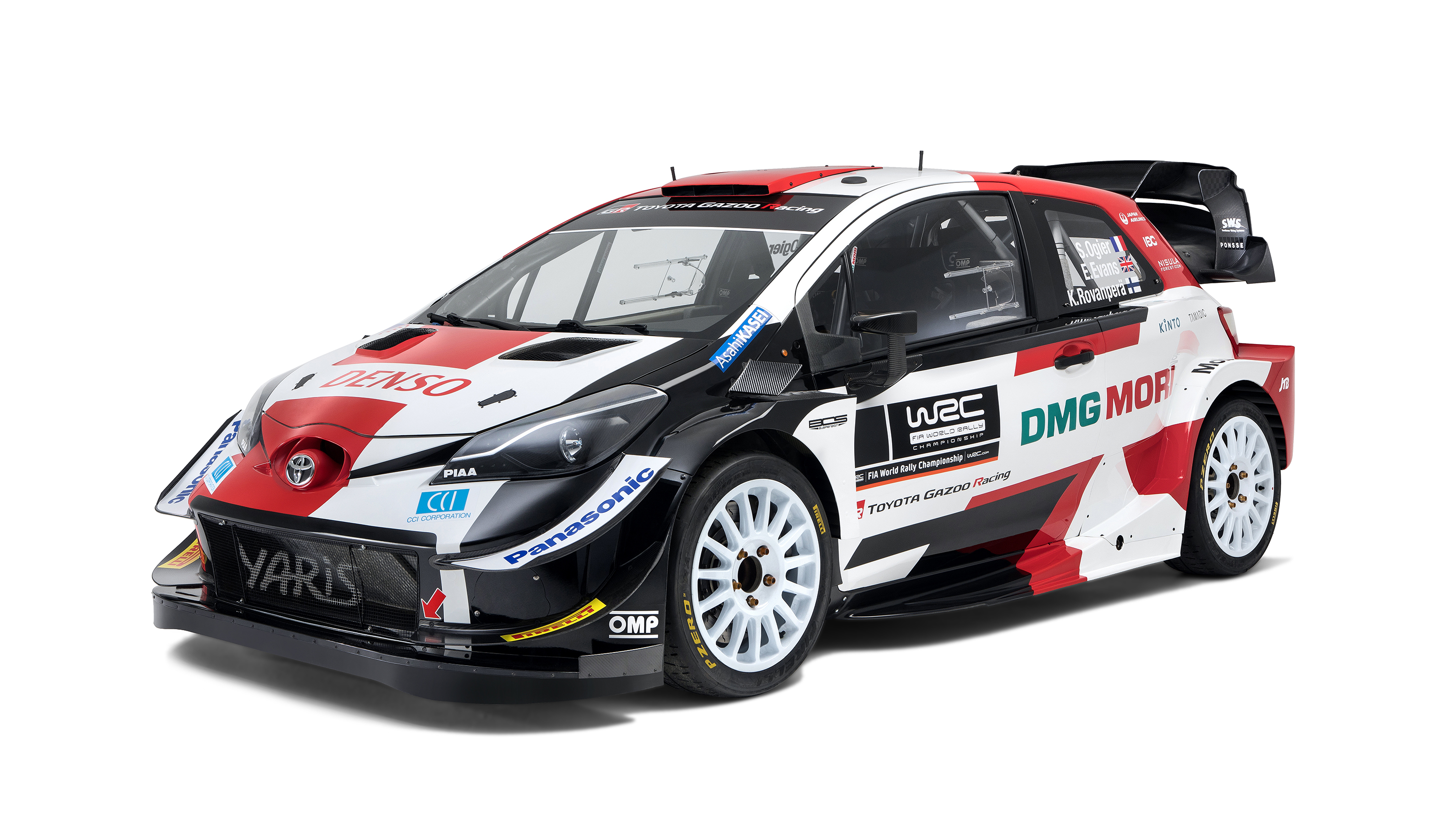 The 2021 WRC Yaris (above) is little different to 2020’s, with a bigger overhaul to regulations – and the introduction of hybrid technology – due next year. Which does mean that Toyota’s WRC car doesn’t quite look like the road car it’s selling off the back of it, the sensational new GR Yaris. Nevertheless, Evans has now spent some time with the latter on roads local to his Welsh home and assures us there’s a mechanical link.

“You can definitely feel the rawness of a rally car coming through it. The way the transmission feels – and the way the differentials work, especially – is very representative of a rally car. You definitely get that very real driving experience, which in modern-day cars is becoming more and more rare thanks to the introduction of all those electronics. But I have to say this is a pretty special and exciting car to drive.”

The power split of its four-wheel drive is adjustable through three different modes, so which is his favourite? “When you have some gravel the 50/50 split works really well on the loose surface, whereas on track I prefer the 70/30 rear bias. But on road the 50/50 or the 60/40 front bias really works well. It keeps you pointing where the steering goes.

“It’s the grip and the engine that’s really surprised me about the car. The engine is really remarkable for a three-cylinder, with so much torque. I haven’t bought one yet - I’ve got a bit of a dilemma, you see. I’m trying to get a left-hand drive one to match my rally car, which has been difficult but we’re working on that.

“My road car portfolio isn’t really that impressive! I floated with a Mk1 Focus RS for a while but never really drove that many fast road cars as a youngster. What tended to happen was I drove around in a runabout to get a better recce car or rally car, which is what’s important when you’re trying to make your way up the ladder. But obviously now it’s worked out that I get to drive a rally car, so it could be worse.”

On the road in Audi's sharp new EV. Plus: Marques Brownlee gives his opinion...