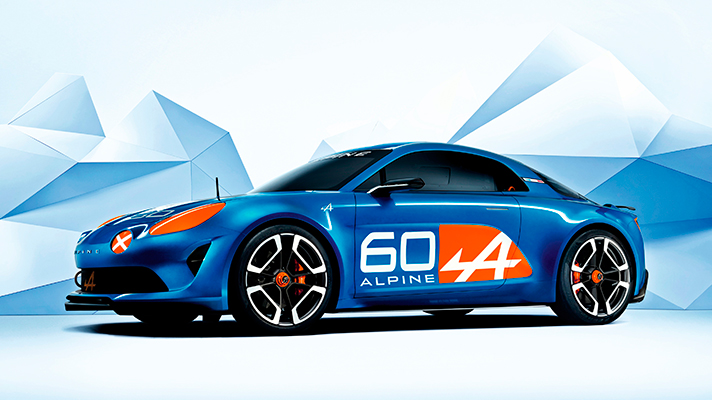 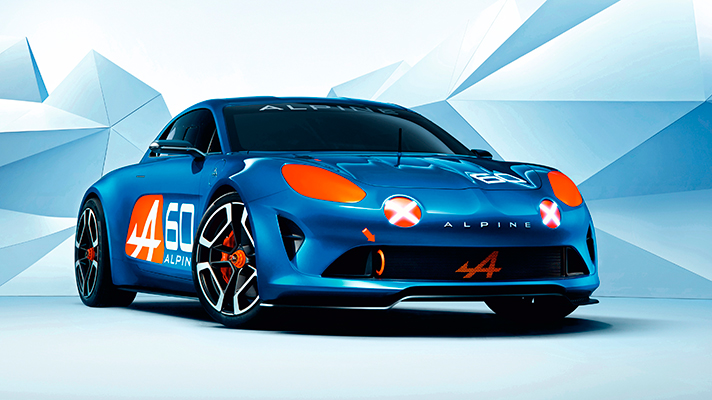 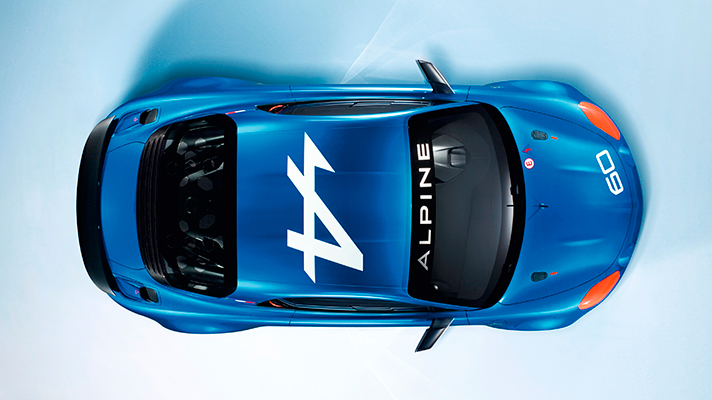 This is Renault's Alpine Celebration concept, revealed in La Sarthe just ahead of the Le Mans 24 Hour race. No question it's pretty, but what does it mean?

Well, officially this Celebration is nothing more a design study to, um, celebrate the 60th birthday of Alpine, the French creator of beautiful, fast, lightweight cars acquired by Renault in 1973.

Renault makes much mention of how the concept references the greatest hits in Alpine's racing catalogue - note the ‘tape-cross' headlights, centre-locking wheels and other neatly retro touches.

Unfortunately this means Renault is staying frustratingly schtum on the details of what might underpin its definitely-not-production-previewing concept car. Powertrain? Performance? Not a sausage.

Which means we'll simply have to wildly speculate. Renault's A110-50 concept of 2012, remember, used a racing V6, but bosses at the time admitted the production car's powertrain would be a trifle less exotic (though definitely not electric).

Given Renault told us a couple of years ago it would pitch a production two-seater somewhere between the Lotus Elise and Porsche Cayman, we'd guess it'd need to make power somewhere in the 250bhp-300bhp region.

Which'd make the production two-seat Alpine, we'd suggest, an ideal candidate for some version of the Renaultsport Megane's two-litre turbo petrol - which, as we know, fits a treat with Renault's six-speed manual gearbox. In a rear-drive sports car, surely there'd be no excuse for a flappy-paddle DCT transmission?

As for price, well, who knows? Pitching between the Elise and Cayman would put a two-seat Renault sports car somewhere in the £30,000-£40,000 bracket, but as the Alfa 4C proved, it's easy to spiral north from there.

If it were to weigh in much over 40 grand, however, the Alpine would bump into some mighty serious performance metal, not least the hotter versions of that annoyingly brilliant Cayman.

All this, however, is mere speculation. What we can tell you for sure is that the Celebration (anyone else picturing the tiny chocolates every time they read that?) looks very, very good. There's a hint of Audi TT about the profile, and maybe a little of the Toyota GT86 in the front end, but overall it looks an individual, plausible bit of design.

Lose those stickers and a few of the dafter racing baubles, fit a more sensible set of wing mirrors, alloys and lights, and you're looking at a car not far from production, we'd say.

Which, of course, it definitely isn't. But let's just say, hypothetically, that is was - well, would you buy a rear-drive, two-seat Alpine sports car that looked a bit like this?