Two Brits are gunning for the W Series title this weekend 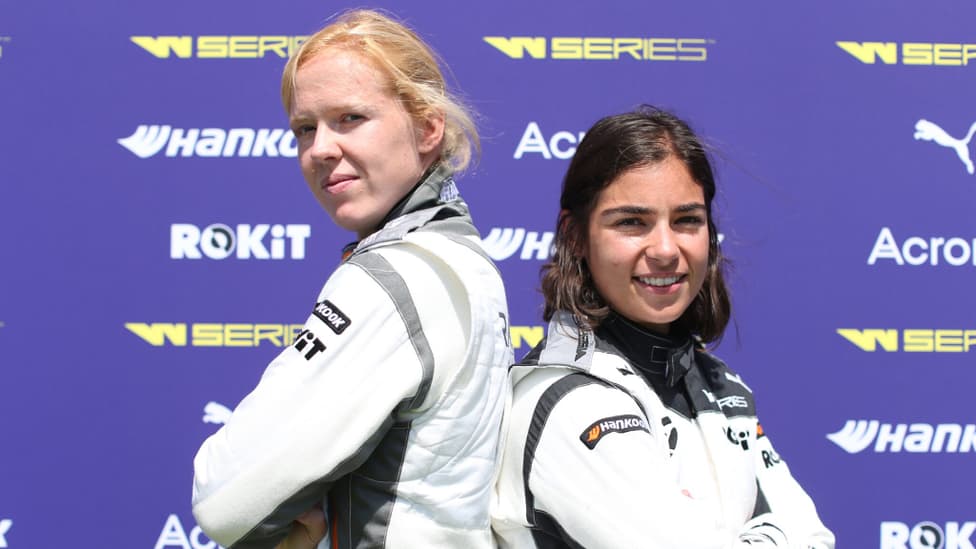 If you thought this year’s battle between Lewis Hamilton and Max Verstappen was close, it has nothing on the title fight between W Series contenders Jamie Chadwick and Alice Powell: the two Brits are both locked on 109 points at the top of the standings going into this weekend’s final double-header at Circuit of the Americas.

Powell just about has the edge with an extra victory to her name, although Chadwick hasn’t been off the podium at all since finishing sixth in the opening race of the season at the Red Bull Ring.

Meanwhile Emma Kimilainen also has an outside shot at the title, but with a deficit of 34 points she’ll probably have to rely on her rivals taking the Hamilton and Verstappen metaphor a bit too far. Remember Silverstone and Monza?

“I’ve known Jamie for a long time,” said Powell. “We get on well and have respect for each other. I know how talented and fast Jamie is and I’m looking forward to a good fight at COTA.

“I’d like to think that winning the title would propel me into a good career in motorsport which, after running out of funding a few years ago, I didn’t think I would have. I owe W Series a lot and to become the champion, on a huge weekend when we will support F1’s United States Grand Prix, would be very special.”

Chadwick, who was crowned champion in the series’ inaugural season in 2019 and has combined her challenge with a drive in Extreme E this year, is in full agreement: “It would mean everything to defend my W Series title, especially this year when I’ve been really hard-pushed for it.

“I’ve got an enormous amount of respect for her [Powell] and she’s proved this season what she was capable of doing in 2019 when she had some misfortune. It’s great to be fighting with her and I know she’ll come out strong at COTA, so I’m looking forward to the fight.”

Whoever comes out on top will earn themselves a cheque for $500,000 (a useful sum if you’re trying to fund an F3 or F2 drive) and there are 15 Super Licence points up for grabs too. Collect 40 of those over three years and you’ll be eligible for an F1 seat…

So who’s coming out on top? Quali will be key as there’s only one session for both races, with the drivers’ second-best time setting the grid for Sunday’s grand finale. Predictions below please.