Eco-friendly versions of the ForTwo, ForFour and ForTwo Cabriolet revealed 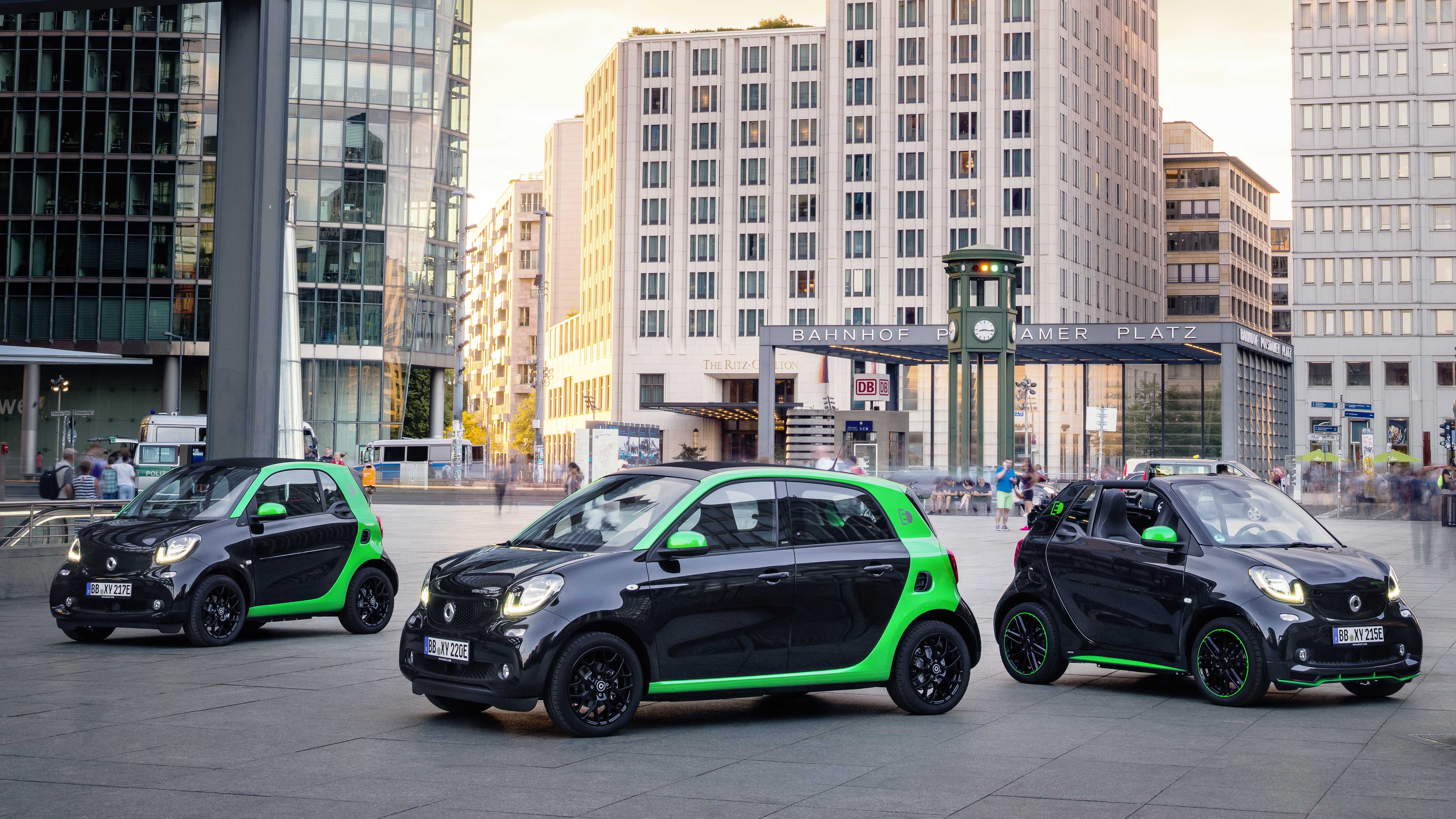 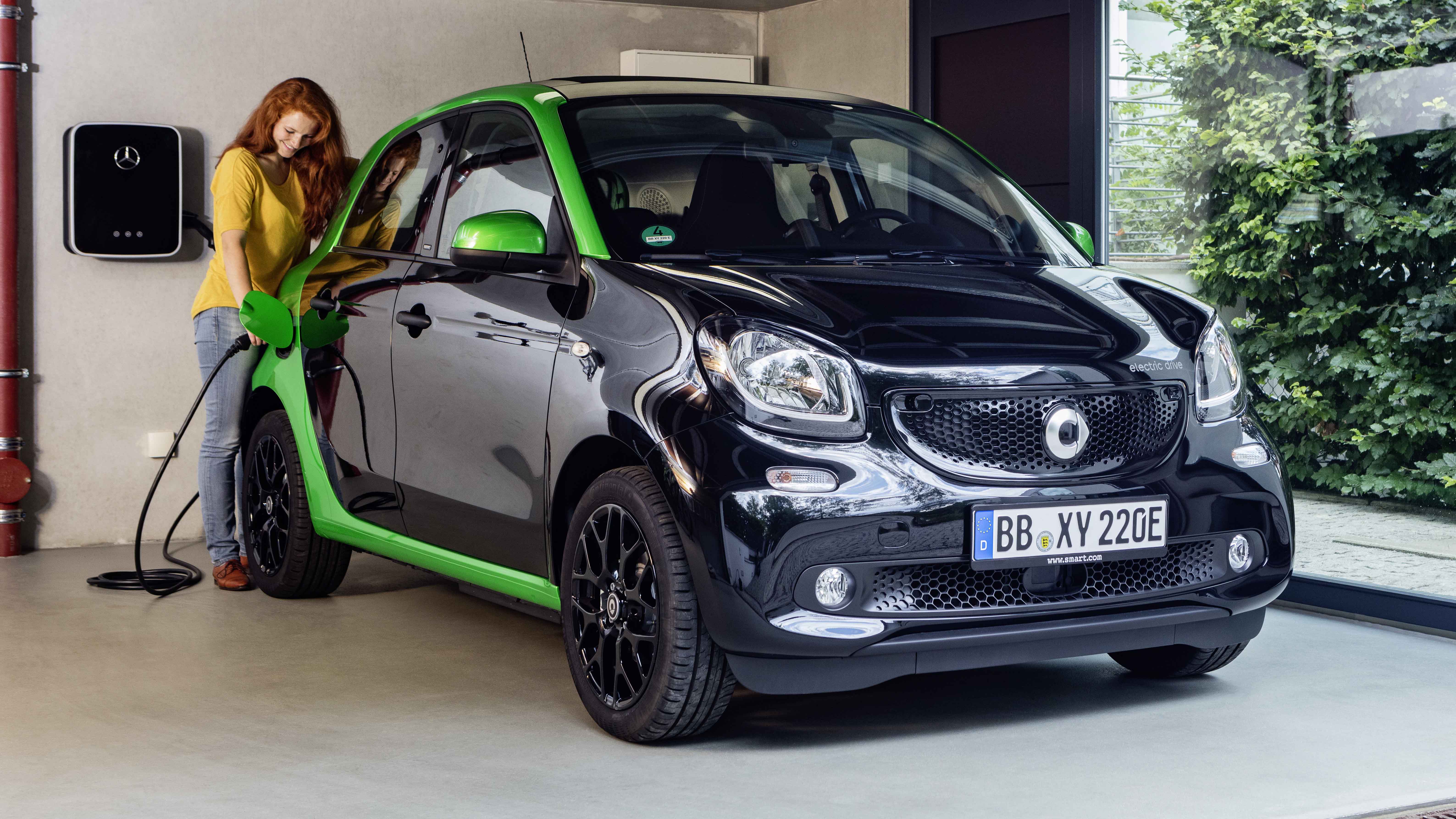 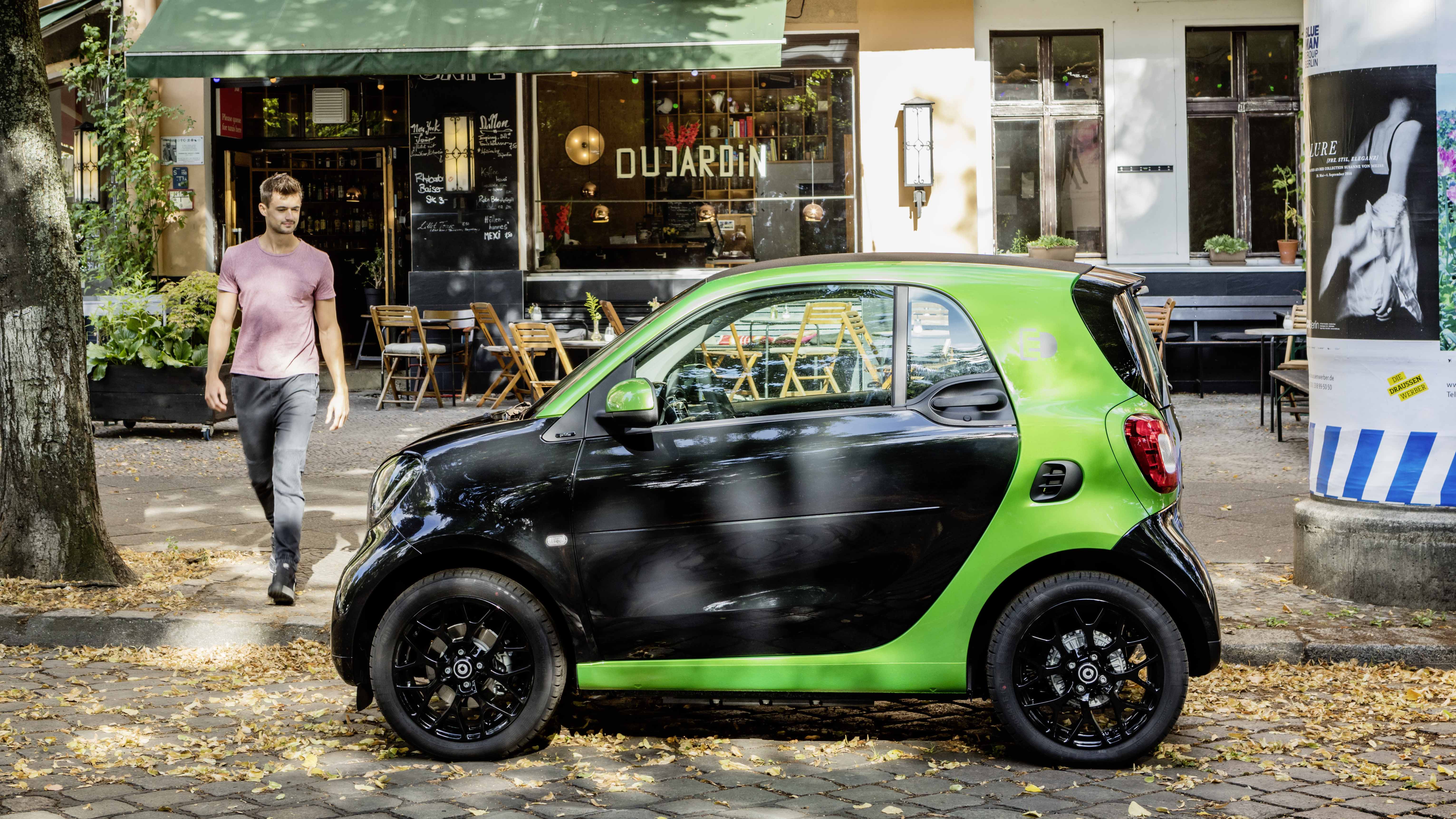 This is the new Smart range, set to be revealed at next week's Paris motor show. They’re all electric, hence the green paint. Not blue, you’ll notice, but green ties in well with its eco credentials. No word yet as to why the ForTwo Cabrio is painted differently to the others, though.

They’re not packing great chunks of power, but all 160lb ft of their torque is available from standstill, so they'll probably feel a lot faster than the stats suggest. Max speed is limited to 81mph, and each one is apparently capable of 100 miles between charges. Think of them as more usable alternatives to the brilliant (if daft) Renault Twizy.

There’s a tenuous link with the Koenigsegg Regera, with these Smarts and the Swedish supercar having just one gear. The advantage of this in the Smarts (and presumably the Koenigsegg, too) is that you don’t need to do any gear shifting in town, making urban commutes less stressful. The turning circle is tight, too, so you’ll be able to turn on the spot and weave between city bottlenecks.

It currently takes 2.5 hours to fully charge in the UK and USA, which really isn’t that long compared to what we’re used to with EVs. Next year, there’ll be an optional super-fast charger that can charge the battery fully in less than 45 minutes. You can also preset the climate control while it’s charging, so it’s the right temperature when you get in and less energy is used to get it down to how you want it.

It looks quite fetching in green, but unless you’re Kermit you don’t have to have it in this colour. As you’d expect, there’s a bewildering blizzard of customisation options. "Every wish can be catered for," says Smart. Hmm, Bond gadgets, anyone?