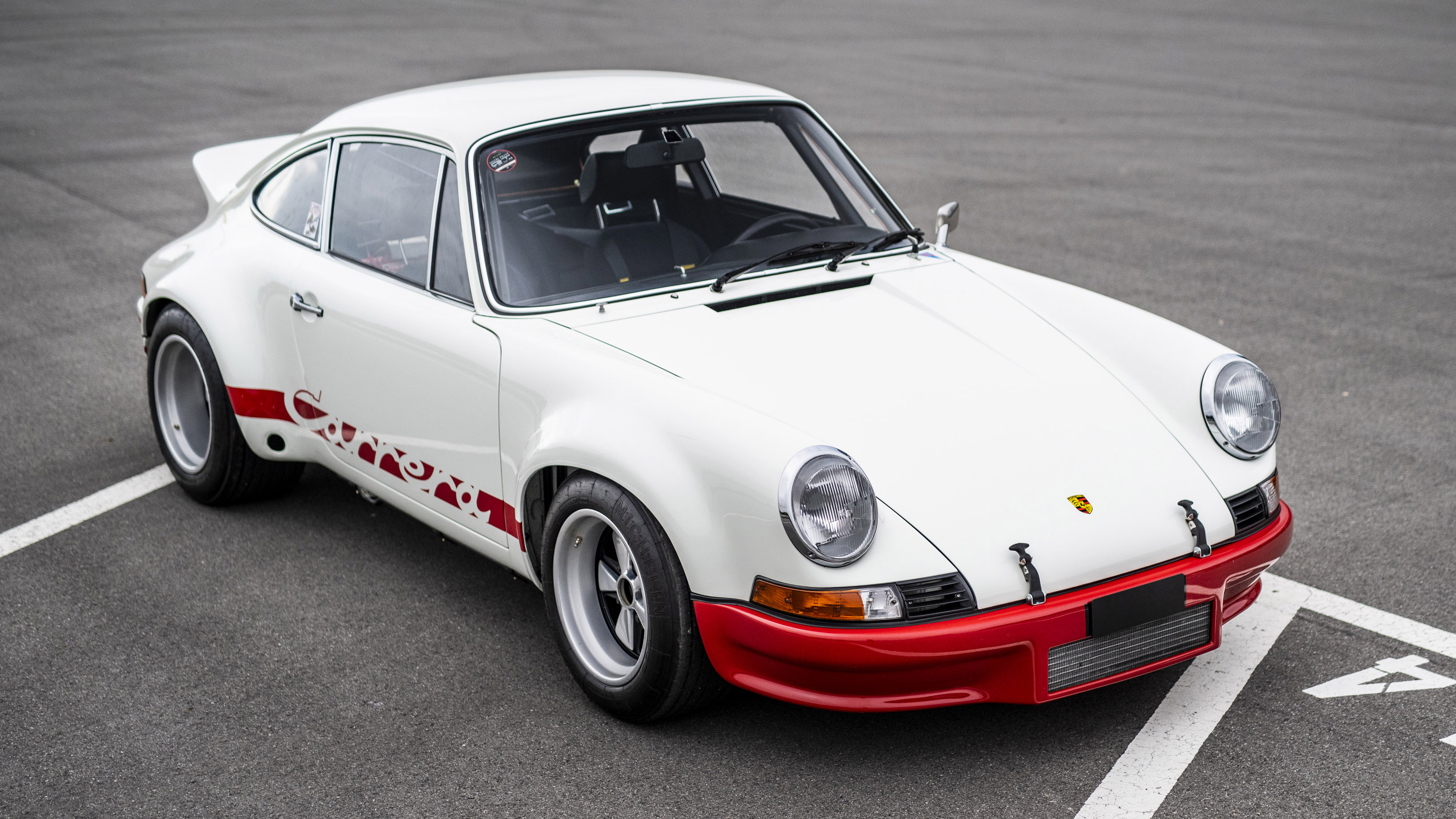 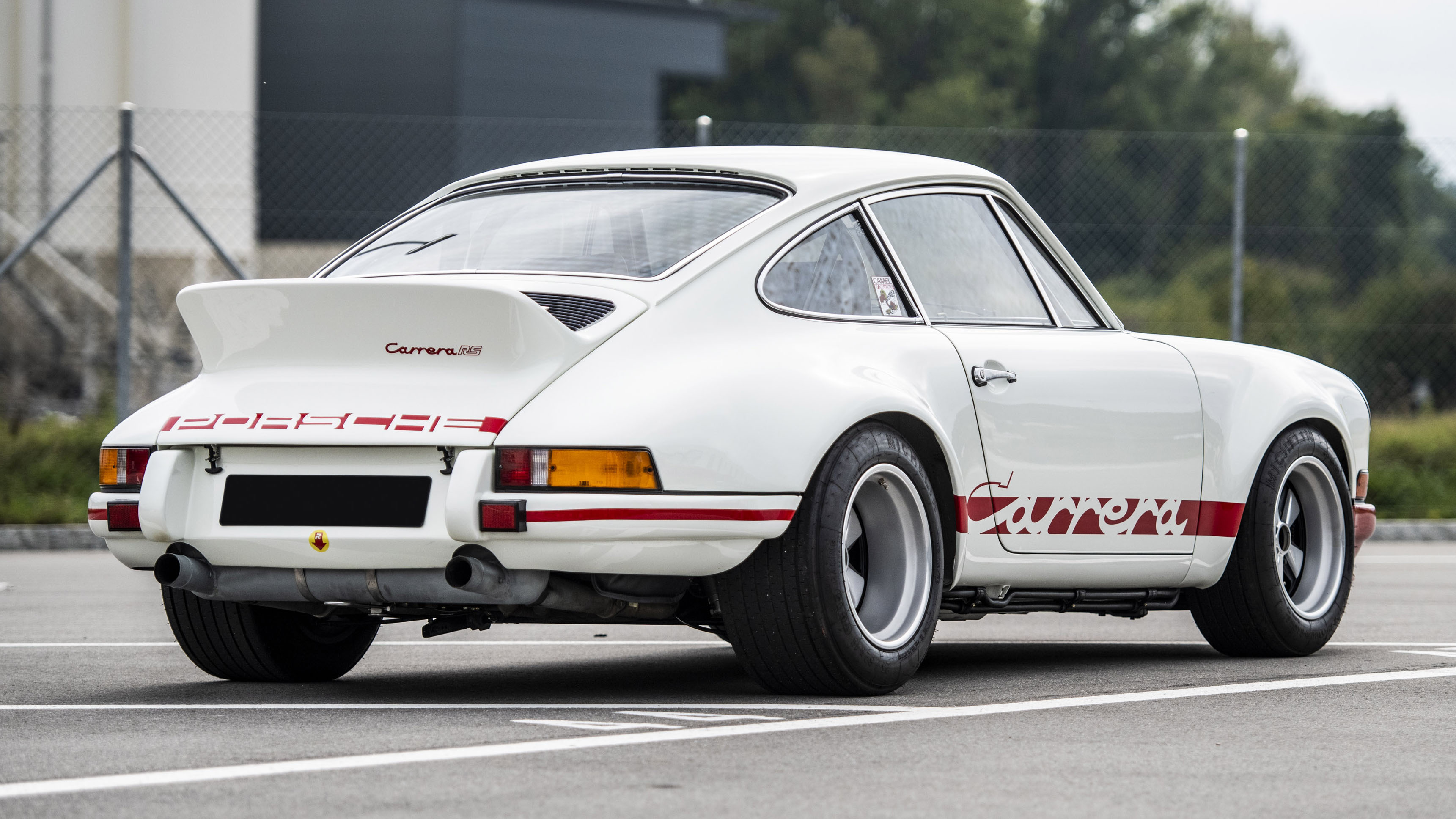 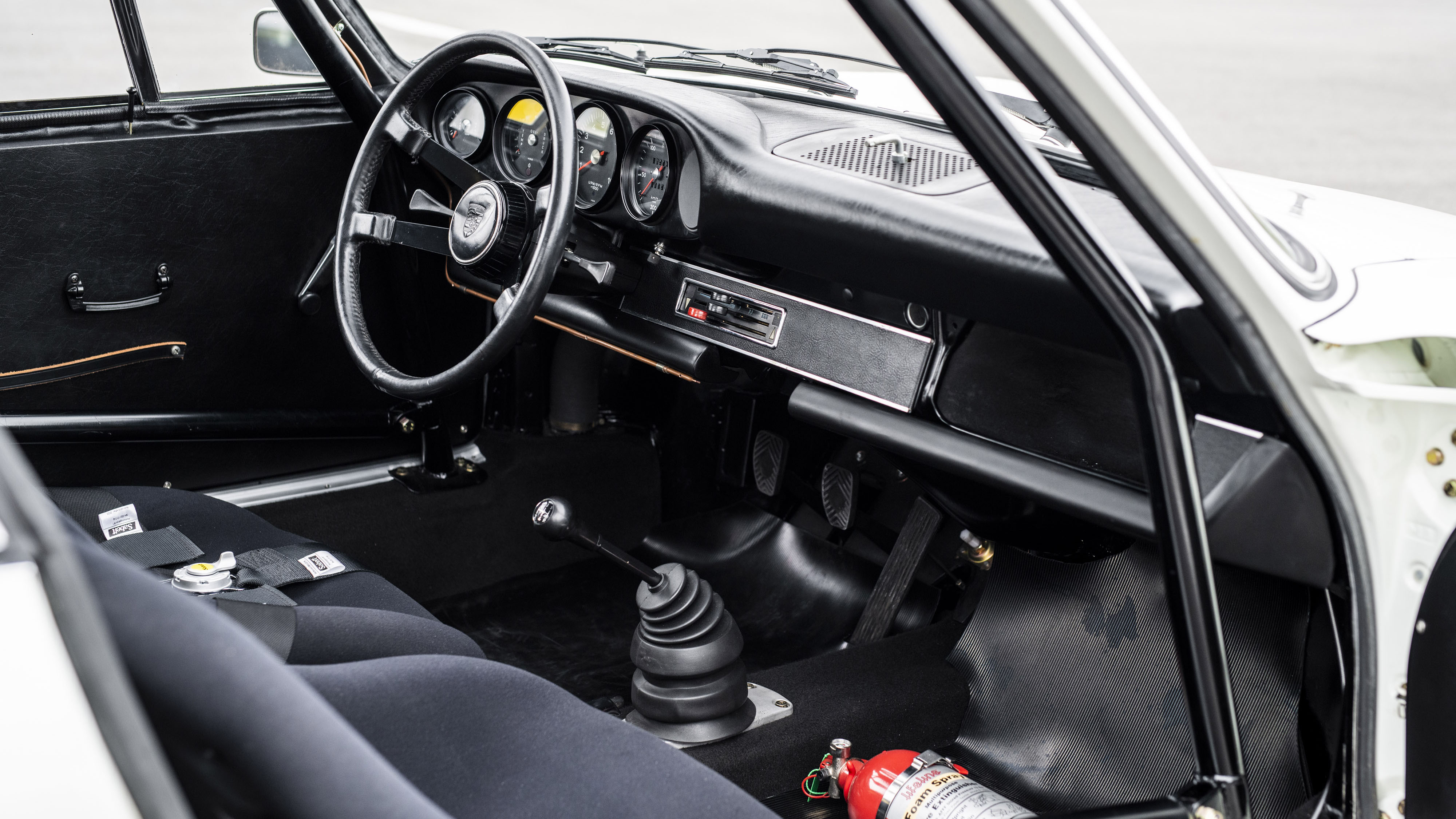 The introduction of the 2.7 RS road car allowed Porsche to homologate this 2.8 RSR under the FIA’s Group IV regulations in the early 1970s. The flat-six engine may have only been slightly enlarged, but it also had four-bearing racing cams, high compression pistons and twin-spark cylinder heads with bigger valves for a rather brilliant 300bhp.

There were also 917 brakes, wide wheel arches and those now-iconic Fuchs wheels, as well as a crash diet even over the RS Lightweight – meaning the whole thing only weighed 840kg. Crikey.

This particular RSR – chassis number 9113600614 for those that care – was first campaigned by Puerto Rican racing driver Diego Febles, who won races throughout North and Central America.

The RSR’s first big-name race was the 1973 Daytona Finale 250 Miles, by which time Brumos Racing had already developed a number of upgrades. Febles had these fitted before the race, including a larger fuel tank, quick fillers through the bonnet, a full roll cage and a deep front air dam. He finished 24th overall.

Febles’ last race in this RSR was the 1975 Sebring 12 Hours. For that the 2.8 was upgraded to 3.0 RSR spec and was given a new engine and a whale tail spoiler. It finished 8th overall.

With its most recent owner the RSR was completely restored and returned to the 2.8 spec in which it left the factory, although RM says that (if you haven’t spent enough on the car already) you can also negotiate the purchase of a 3.0 RSR engine. Oh, and the red bumper was Febles’ idea back in the Seventies – we’re big fans.