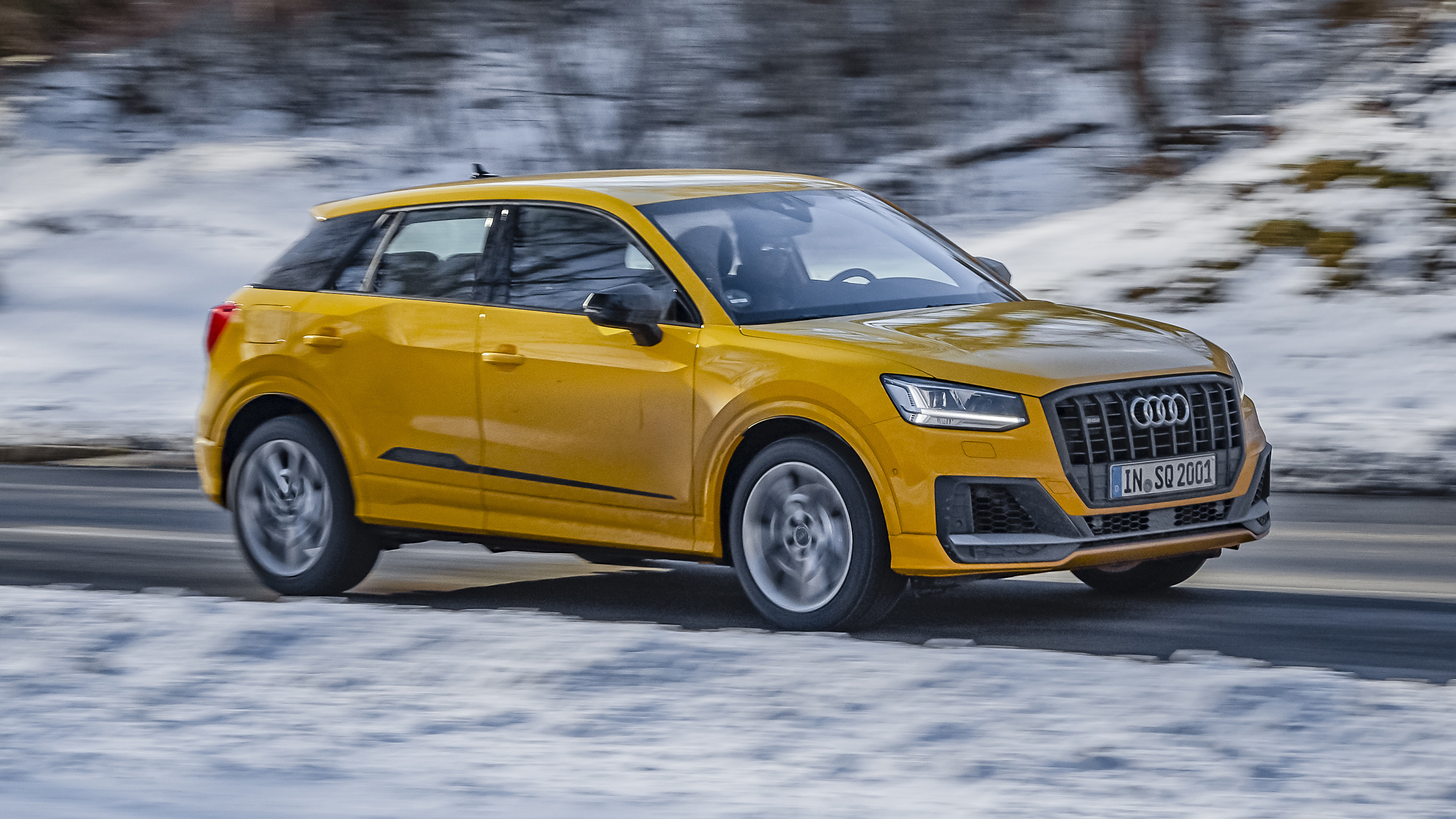 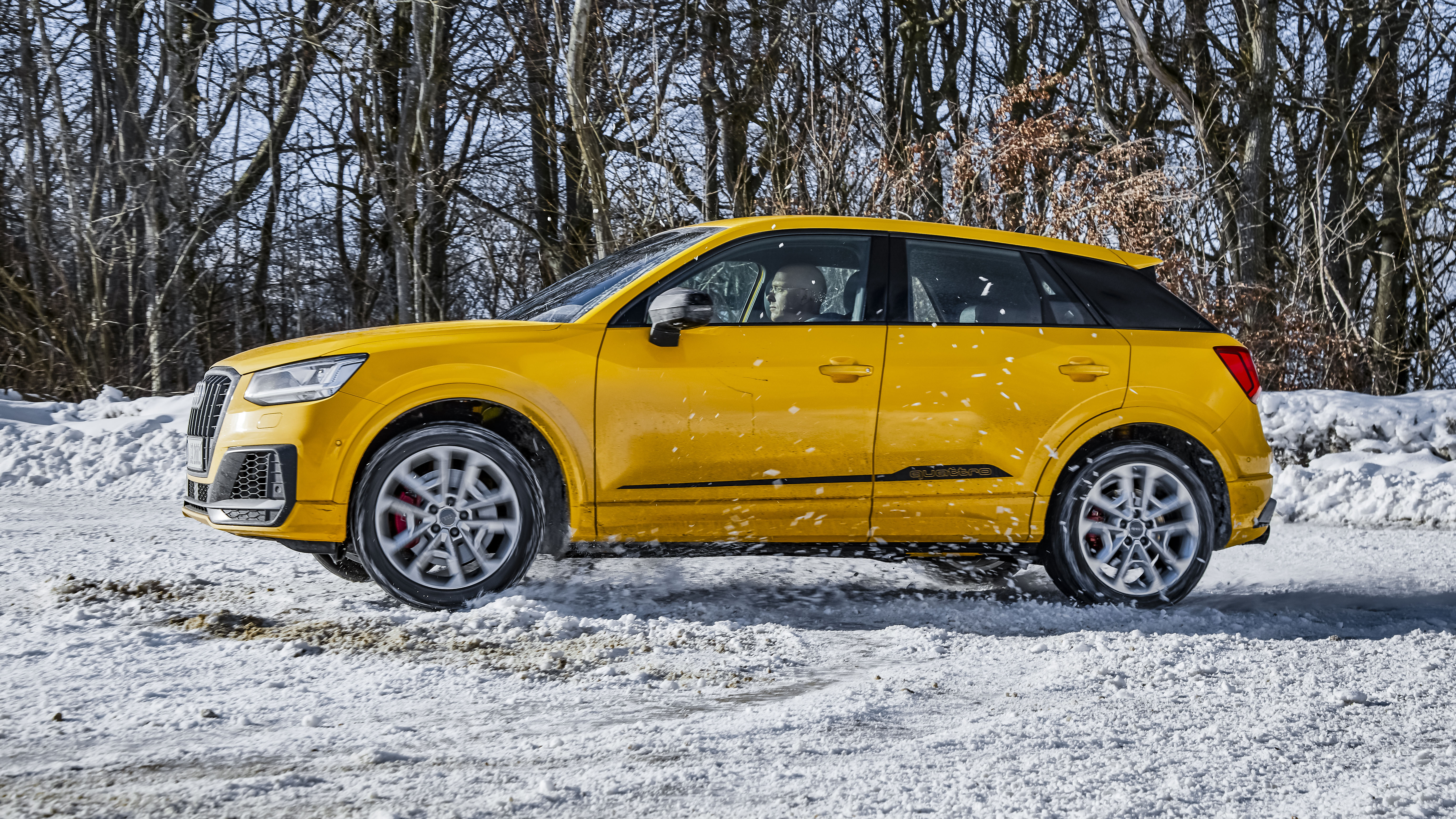 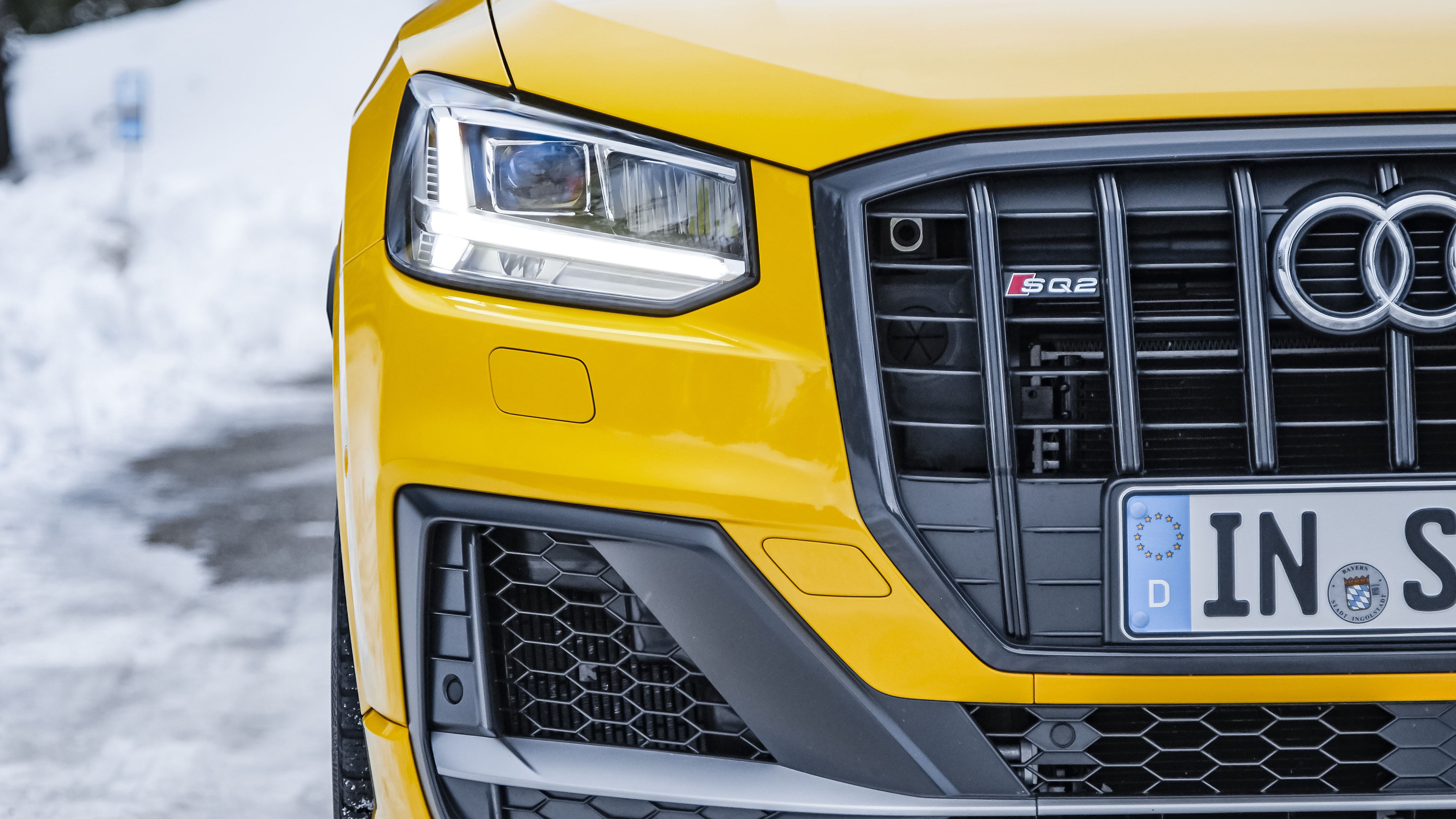 Lacks any hint of driving zing or sparkle

Audi taking the hot hatch in a new direction. The SQ2 is an inevitable result of the crossover’s success – people are going to want a faster one. It’s not the first lifted, sportified crossover – there’s the Cupra Ateca, Mercedes does AMG 43 and 63 versions of its GLC, a fast Alfa Stelvio, a hot Mini Countryman, while Nissan gave us the Juke Nismo years ago. And what about the Subaru Forester Turbo? But by and large they’re either the wrong badge, the wrong product or the wrong money. The SQ2 – on paper at least – sits in a sweet spot: 300bhp, £35,000, 162g/km, 39.2mpg, 4.8-to-62mph.

The whole drivetrain from engine and gearbox to 4WD system is largely lifted from the Audi S3, which in turn (and barring a tweaked 4WD system) is basically a Golf R. The ride height has been dropped 20mm from a standard Q2, the suspension toughened up. It’s not a big car (over 100mm shorter than the S3), nor an intimidating one to look at, which makes the 300bhp contained within seem all the more generous. That’s delivered by the familiar VW Group EA888 2.0-litre turbo and S-tronic seven-speed twin clutch gearbox. No manual option – no call for it. Nor adaptive dampers – fixed rate items are better at coping with the power while retaining body control, claims Audi.

It’s a chunky little thing though (at 1,510kg about 50kg heavier than an S3), but perhaps not as visually aggressive as it could have been. It’s got the right elements: big grille, quad tailpipes, S-badging, rear spoiler and so on, but it’s all rather apologetic. A set of optional 19s would undoubtedly help its stance. We suspect this hits the notes Audi wants it to. It’s not intended to be a hardcore hatch chaser. Instead this is a car aimed at young families wanting to move on from a hot hatch or coupe, but unwilling to sacrifice speed. The question is whether Audi has managed to incorporate some dynamic thrills. And it’s an important question, since this is now Audi’s entry-level S car, the firm having admitted they won’t be replacing the feisty S1 that was so fondly regarded round these parts.

The market has moved on, the Audi buyer has changed. Five years ago a small nippy supermini was the right product. Now it’s not. People want to sit higher, see out better, want more adaptability and capability, a car that’ll grow with them yet keep them entertained. A car that is both literally and metaphorically above the cut and thrust of regular hot hatches such as the Honda Civic Type R, Hyundai i30N and even Golf GTI. 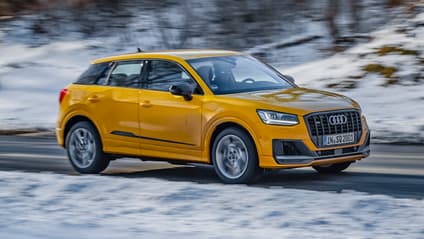 What are your expectations of the SQ2? Want a fast first family car, something to replace your TT with, something sure-footed and safe, desirable and enviable? Then this is probably an eight out of 10 for you. However, if you’re judging this by the standards of other hot hatches, cars that are not only just as practical, but great fun to drive, then the SQ2 comes unstuck. It’s not entertaining enough.

Apologies for stating the blindingly obvious, but a hot crossover is not a hot hatch, it’s aimed at a different audience, performs a different role, a sports car for the brand aware and image conscious. Fast first, rewarding second. It’s cleverly engineered, with a broad band of capability, but like other swift, safe Audis (the RS5 springs to mind), it’s not a car that’s going to encourage you to take the long way home.

Disappointed? A new RS Q3 will put in an appearance before too long. It’ll likely have over 400bhp and a more determined attitude. But it’ll also probably be approaching £50k. The SQ2 is the right product for Audi, at the right price and in the right market position. It’ll probably sell like hot cakes. Just not to the likes of you and I.