£96,230 when new
Read why you can trust our independent reviews
Paul Horrell
Published: 05 Aug 2018
comments
Skip 10 photos in the image carousel and continue reading 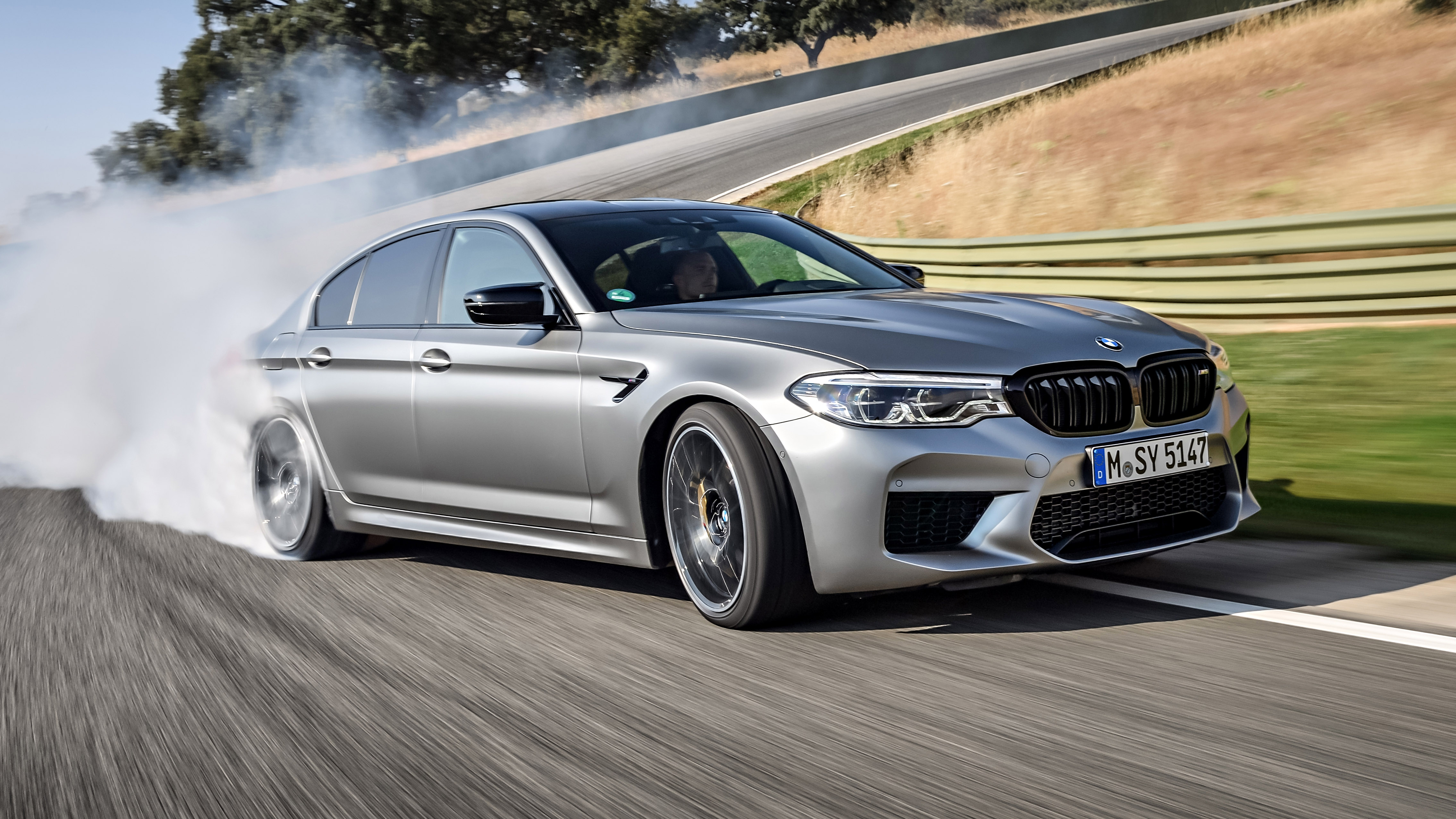 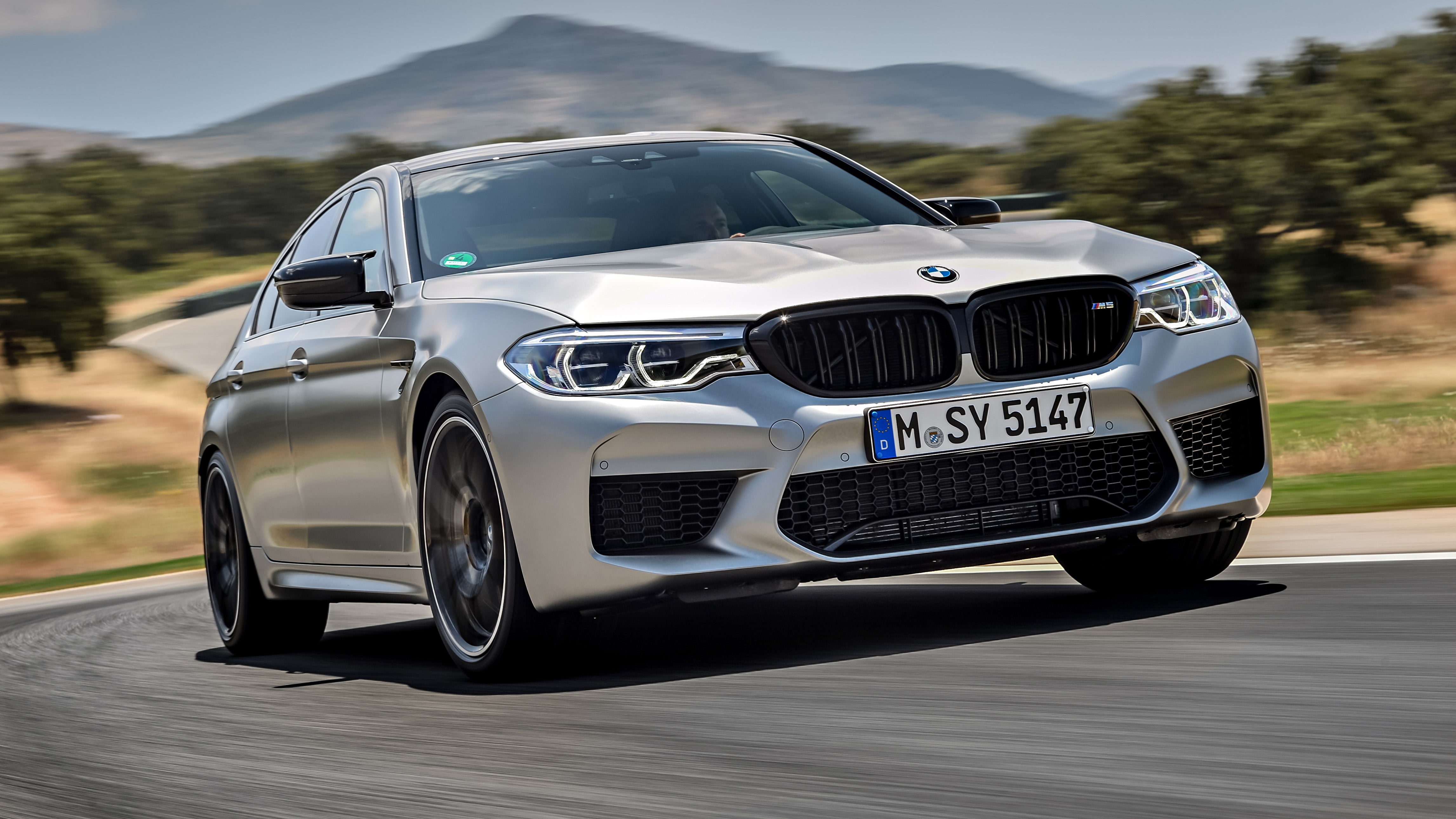 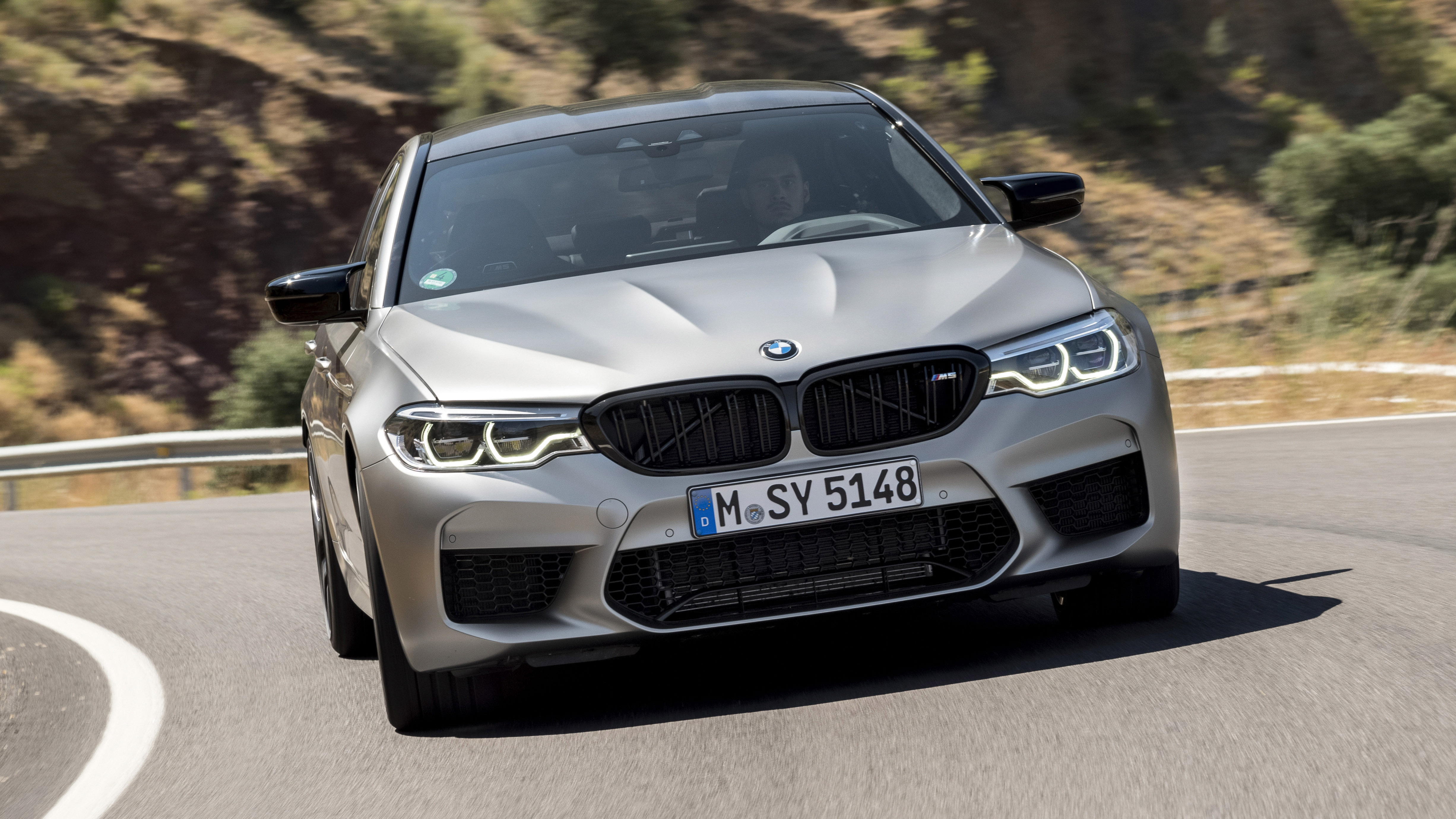 M5 Competition. What competition is that for?

Mostly it competes against the Mercedes-AMG E63 S. Both are colossally powerful V8 turbo saloons with mostly four-wheel drive but a RWD mode for when you just don't like your rear tyres any more.

Anyway, despite the name, it isn't really for competition as in motorsport. Too heavy and complicated.

But why did they choose the name?

Well, Competition versions of the BMW M cars are like the standard single-digit vehicles, but with a bit more of an edge to them. You'll have recently seen our piece on the ruddy brilliant M2 Competition. That car entirely replaces the regular M2. Whereas the M5 Competition sits above the regular M5, which continues on sale.

What's the difference between those M5s?

M makes some of the world's best engines. What magic did they work here?

Not a lot actually. The engine is actually the same as before, but chipped. "We knew when we developed the original engine that the rivals would soon be at this power so we protected for it," an engineer tells Top Gear.

But it does now have a petrol particulate filter to clean the exhaust further. It's also got sports pipes and silencer, so you hear a slightly more military noise.

And bigger grilles at the front of the car make sure it can get enough cooling air in any foreseeable circumstance.

It's worth staying, honest. There are subtle but notable changes to the chassis. The height is lowered by 7mm, and so it's stuffer-sprung. Dampers are firmer, and there's slightly different suspension geometry all-round, with different toe and camber settings and a stiffer rear anti-roll bar. Also, the engine is mounted more rigidly, which should sharpen the chassis responses by inhibiting that mass from moving around in the car.

It's a monster on the road. It's big, mind, so it needs space to operate, and it's heavy so it doesn't like tight turns. But once it hits its stride it's amazing, with huge grip, vast reserves of traction and torque to haul it out of bends, and some sense it's involving you in things. Not a lot, but some.

And yes, that V8 really is mighty. The eight-speed autobox covers for lag, and it does sing as it works its way through the revs, surging to its 7,200rpm red-line with even more venom thanks to the new chip and pipe. Not the thunder of an AMG engine, but engaging and a bit more sociably stealthy. 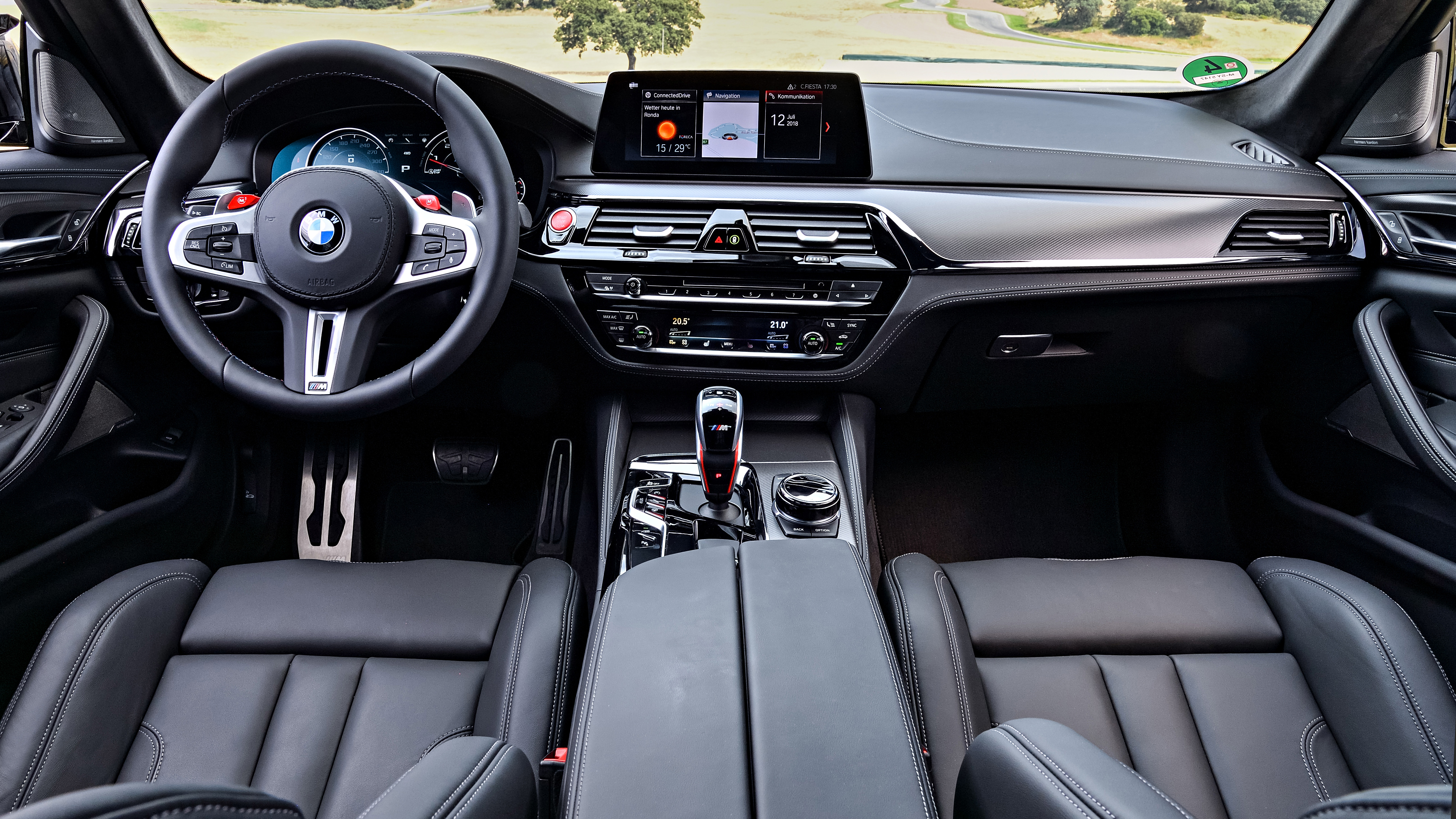 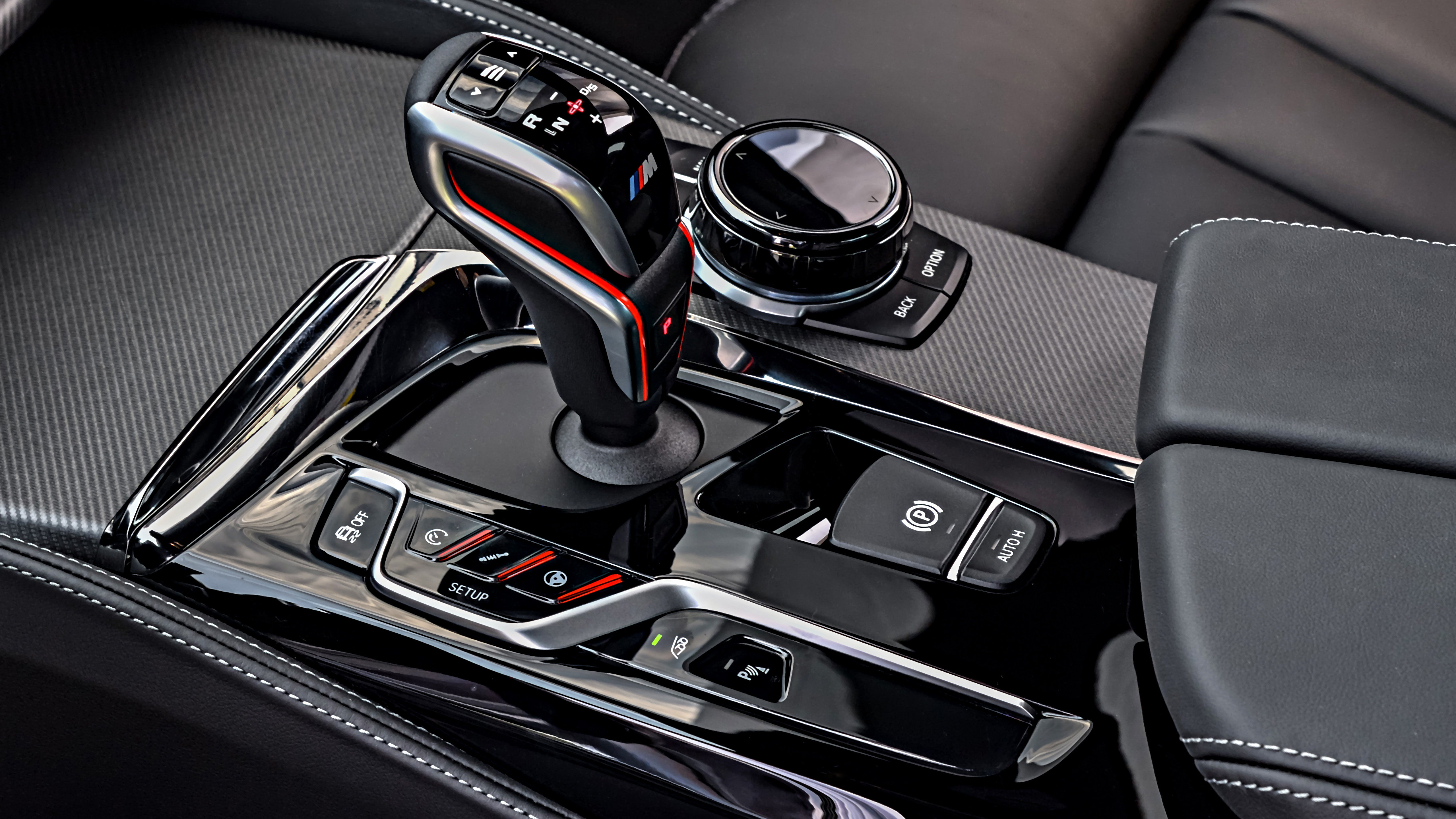 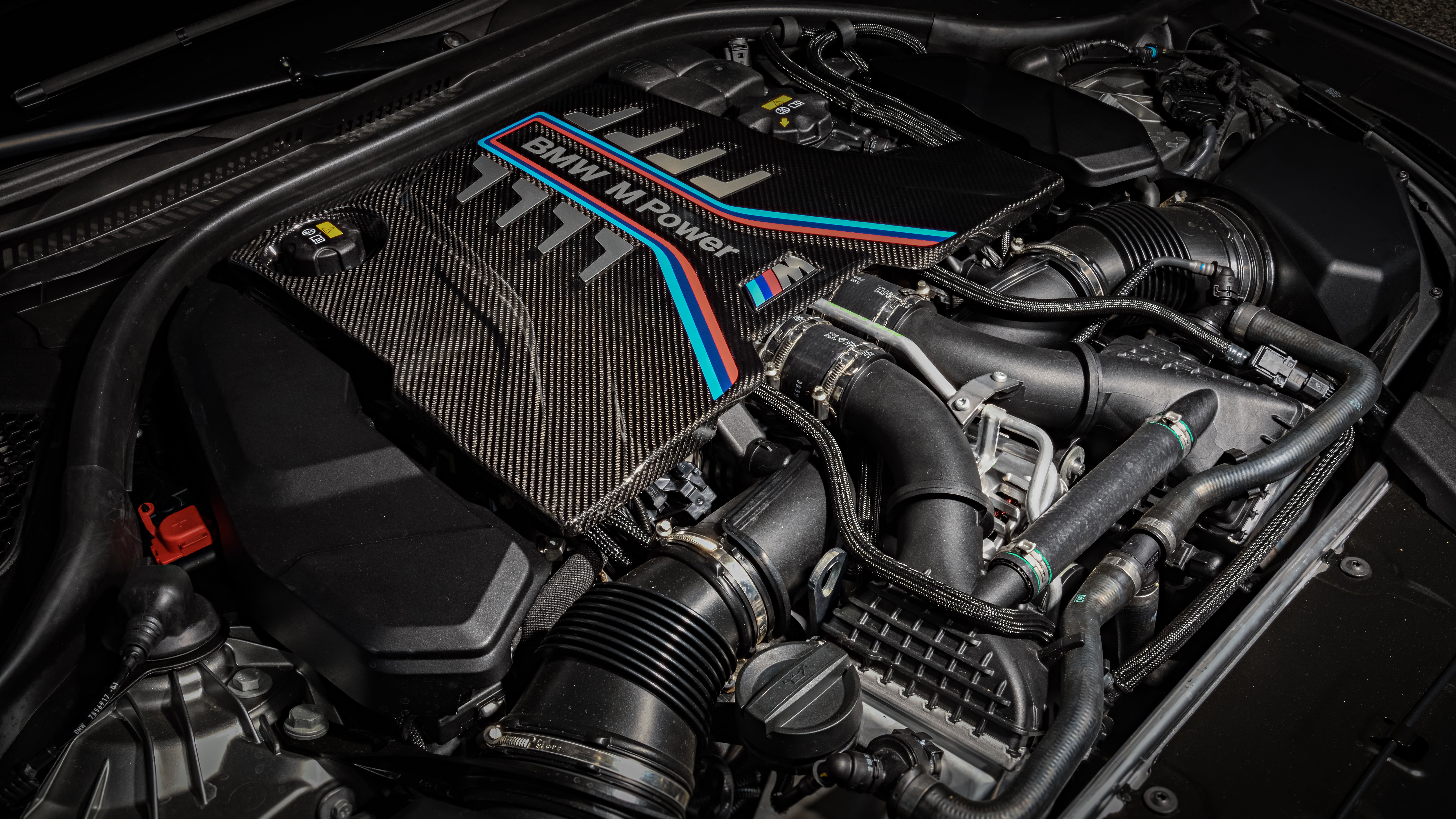 On a track, as on say a clear A-road roundabout, the drill is to manage the weight of the nose into the corner. Get too greedy and it'll understeer. But once you're in, there's immense grip and precision, and indeed playfulness. With the electronics (centre and rear diffs, and the DSC) in their M settings, it will really squirm its tail. Provided you wind the lock in the right direction, it'll let you use the power to ride that attitude well out of the bend without shutting down. And this, remember is in the 4WD setup.

In fast corners, it manages the weight well, but it tells you how hard it's trying. And there isn't honestly a lot of steering feel.

You'll be wanting the £7,495 carbon ceramic brakes if you're going to do this often.

The toughened-up suspension really doesn't like broken or lumpy roads. Think hard about the Competition version if it's like that where you drive. It needs a smooth surface.

Remind me about the M5 in general?

It's complicated. A real week-with-the-instruction-manual job.

You've got all the luxury features - even the available highly assisted driving gubbins - of the 5-Series range.

To add to the potential for bewilderment, the M5 has various modes for the dampers, steering, engine, transmission, 4WD system, exhaust, skid-control systems and even a racey mode for the HUD. All six of those have their own buttons or menus. But you can shortcut combos and program them onto the red M1 and M2 buttons on the steering wheel. Gulp.

But what's it all for?

Good question. Even BMW M people agree that while lots of people take their M2s and M3s and M4s onto a track (about one in five), very few M5 owners can see the point of doing that. It's just too heavy, and too remote.

That shortage of sensations can also take away the fun of an M5 on the road. That said, the Competition version is a bit more intimate.

So in the end it's a drastically rapid luxury car. A means to propel you and your friends and your electric seats and soft-close doors at rates too rapid to exploit on the road. It's simply nowhere near the simple fun of an M2. But perhaps that's the appeal. It's always got something in reserve.

And the carbonfibre boot spoiler and roof?

Good question. In a car this heavy, that material is no more than an expensive token gesture. But that's the way with the M5. It's about what it can, not about what it actually will.