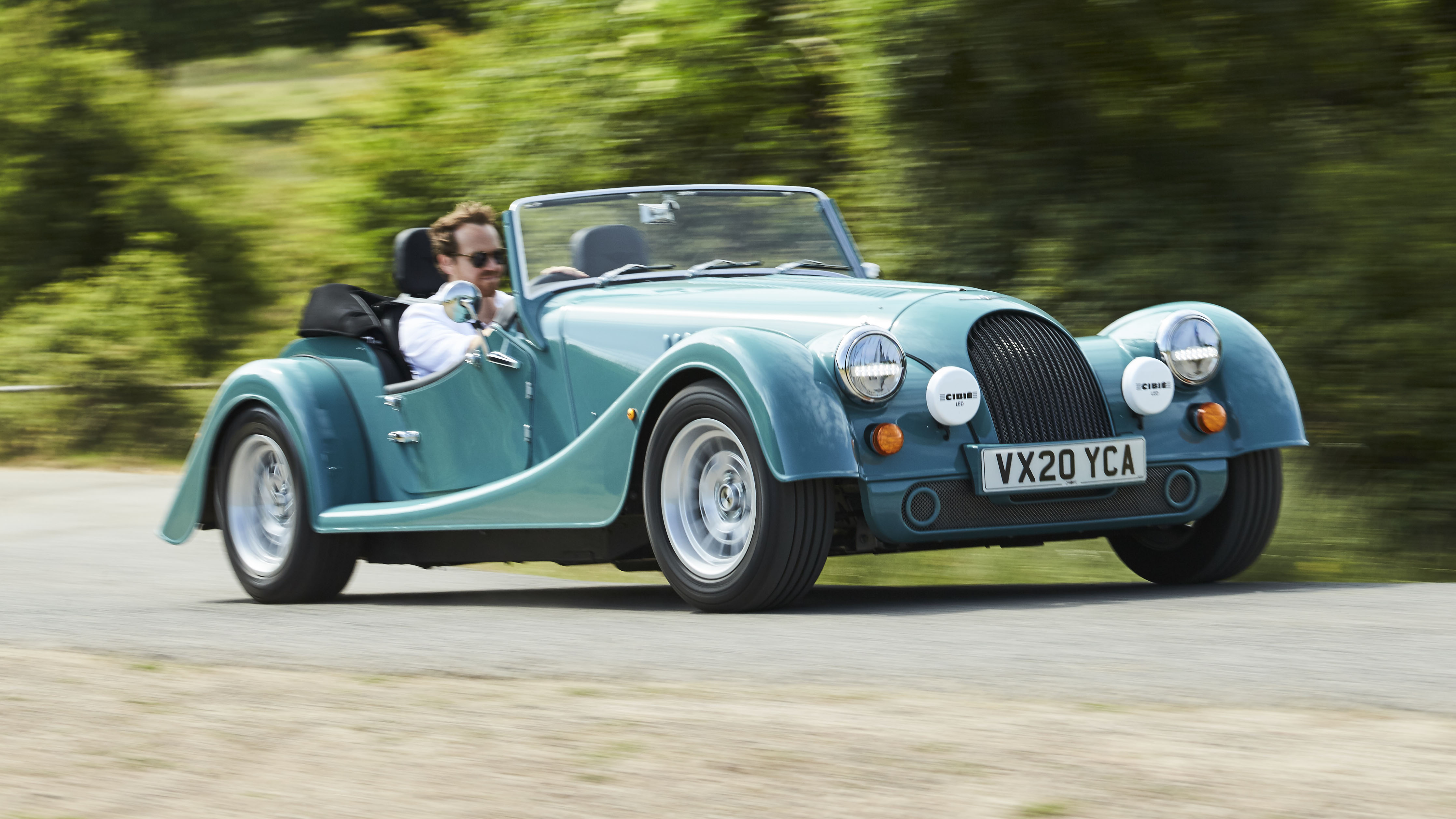 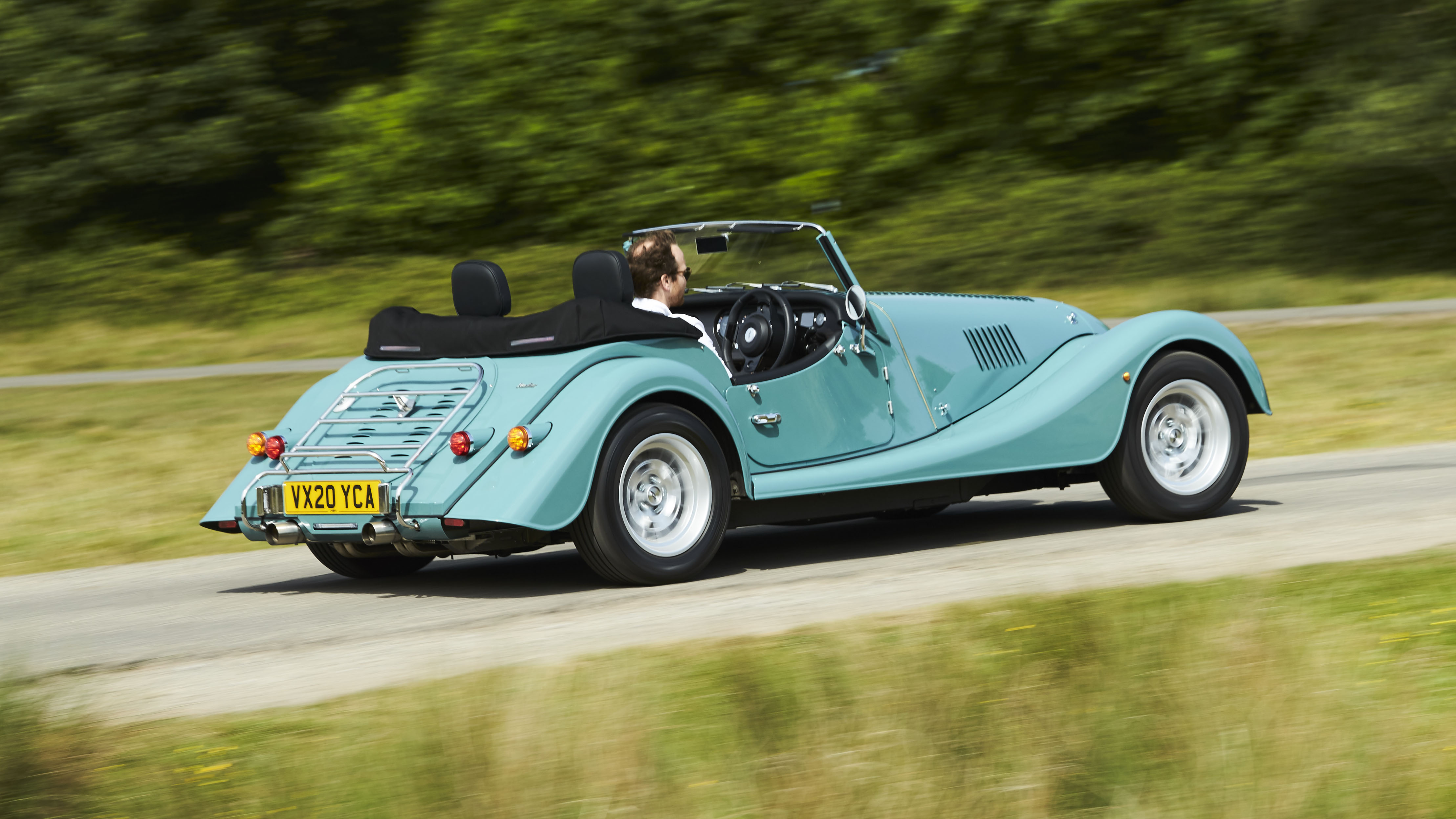 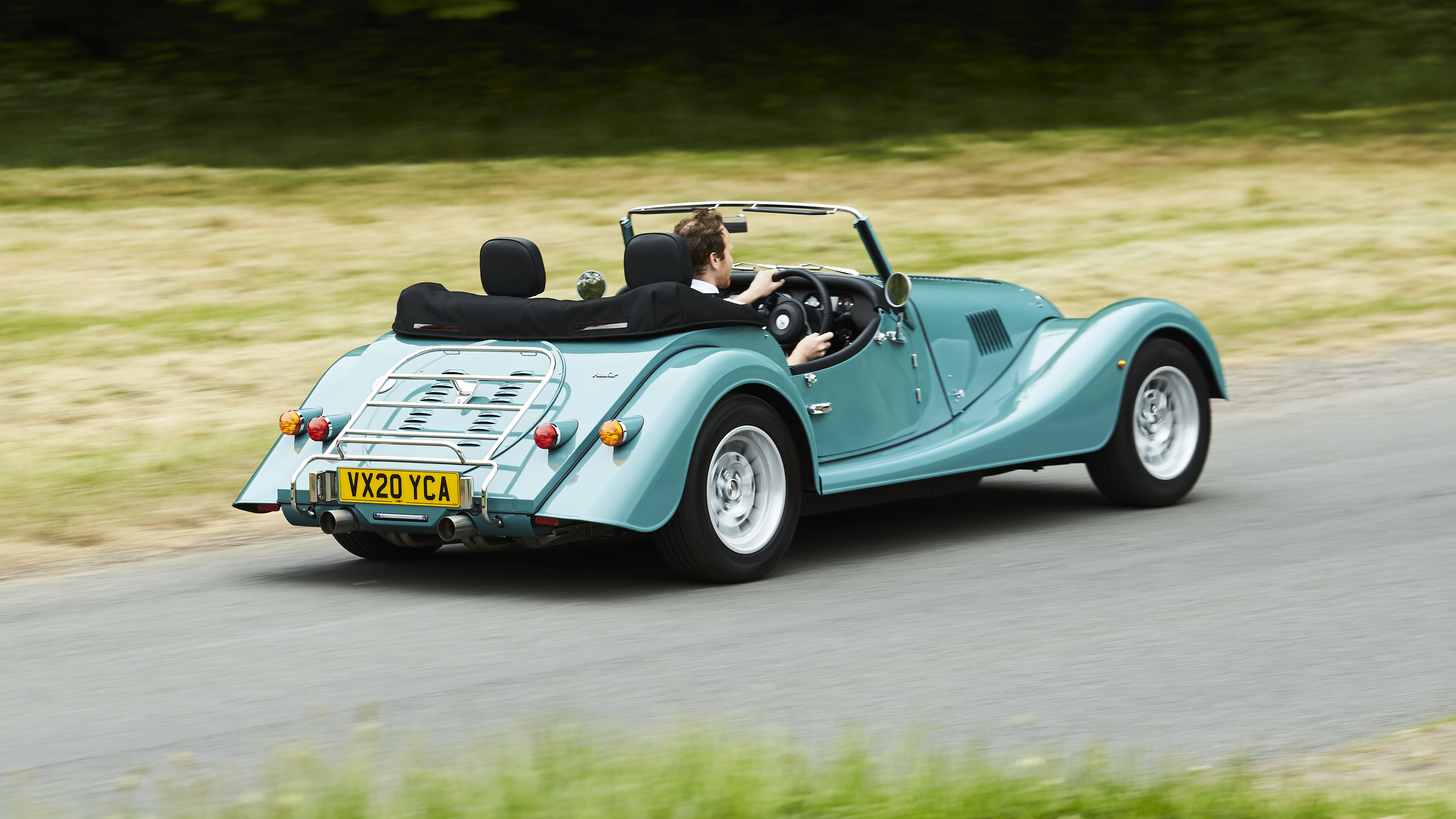 1 / 20
Advertisement
“The point where 2020s technology meets 1920s craftsmanship. Not perfect, but a joyous thing nonetheless ”

As charming and unique as ever, now less likely to spit you into a hedge

Not cheap for a four-cylinder sports car

The latest generation of Morgan Plus Four is the pastel-coloured, chrome-handled Smeg fridge of the car sphere: olde worlde aesthetic on the outside, up to date technology underneath. And no, ‘up to date’ isn’t a typo. This is the second of many Morgans, following its big bro the Plus Six, to be based on a new bonded aluminium ‘CX’ platform. Around 97 per cent of its components are new.

Fitted with a 2.0-litre, four-cylinder turbocharged BMW engine, double wishbone suspension all round and a more commodious interior with such wizardry as automatic headlights, central locking, puddle lighting and a Bluetooth connection, this is nothing short of a revolution for the now 111-year old company tucked away in the Malvern hills. Just as well… Morgan expects around two-thirds of the thousand-or-so cars it aims to build per year to be Plus Fours.

Anyone not okay with dragging Morgan kicking and screaming into the 21st century, may I invite you to drive a pre-CX steel ladder chassis car in earnest. While fantastic fun, it’s also a bucking muddle of twist, shudder and axle tramp. By comparison, this new model is the very byword in sophistication.

The building blocks of its chassis are shared with the Plus Six, the differences are shorter double wishbone suspension, and skinnier tyres and wings, making it 78mm narrower overall. While the Six gets the same 335bhp 3.0-litre BMW straight-six as the Toyota Supra, the Four makes do with BMW’s single-turbo 255bhp four.

Not quite the 0-62mph in 4.2 seconds snap of the Six, then, but 0-62mph in 4.8 seconds isn’t exactly shabby. That’s for the eight-speed auto version, but unlike the Six, you can save £2,000, sacrifice four tenths, and go for a six-speed manual instead. And you absolutely should.

Morgan really is living in the 21st century now. Further down the line, this CX platform will host electrified powertrains and self-driving tech. For now, we get annual model-year updates like younger carmakers offer. So just 12 months on from the Plus Four's 2020 launch comes the MY22 update (yep, Morgan's even borrowed the out-of-kilter naming structure of its foes).

While there are no styling, engine or chassis changes, it seems quite comprehensive and should fix a handful of the quirks we've found from living with our Plus Four. The seats are wider and more supportive, the roof is less leak-prone and easier to fold up and down, the exhaust is more boisterous in Sport+ mode and you can now option in a lockable storage box behind the seats for your valuables. And yet more evidence this ain't like Morgans of yore: the 12v socket has been swapped for a pair of USB ports. 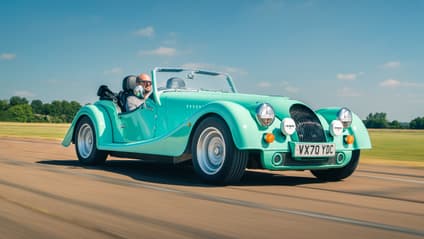 “The point where 2020s technology meets 1920s craftsmanship. Not perfect, but a joyous thing nonetheless”

Whereas before a select group bought a Morgan because they wanted to be different, to revel in its overtly old-school character and let everyone know that technology was spoiling all the fun, the new Plus Four casts its net a little wider. By keeping the yesteryear design, the analogue nature, the full wind-in-your-handlebar-moustache experience, but tightening up the driving experience to the point where this is a genuine rival to something like the BMW Z4, is a long-overdue masterstroke.

It’s still not perfect, or without its idiosyncrasies, and it’s certainly not cheap. But throw back the roof, toss the windows and hang your elbow out over the thoughtfully padded door and all is forgiven. No, it still doesn’t have the precision of a Porsche, nor would you expect it to, but in a two-seater roadster every journey should be a special event. In the Plus Four, despite being more sanitised than what went before, it is.