£26,645
Read why you can trust our independent reviews
Top Gear Team
Published: 03 May 2018
Skip 15 photos in the image carousel and continue reading 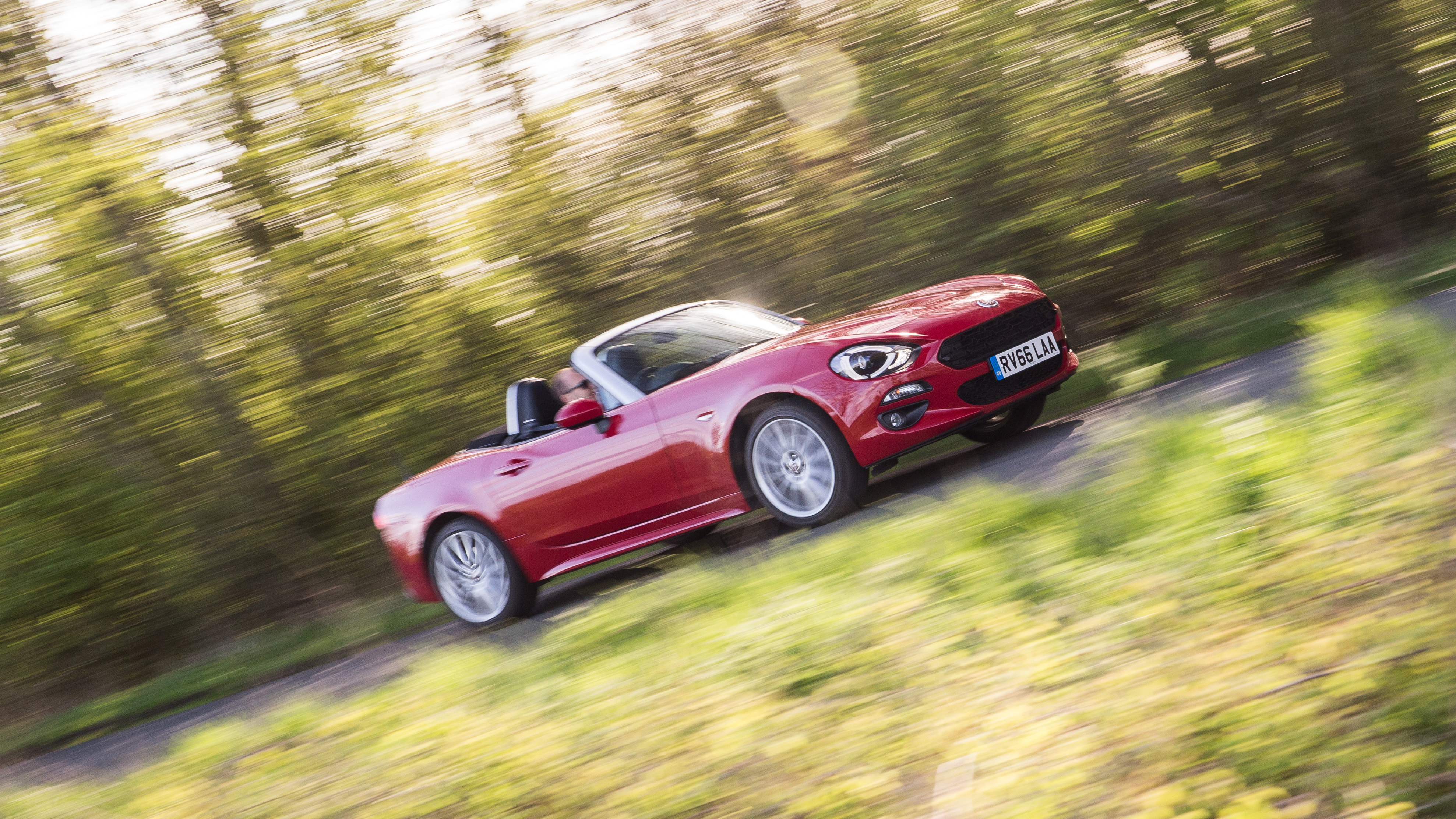 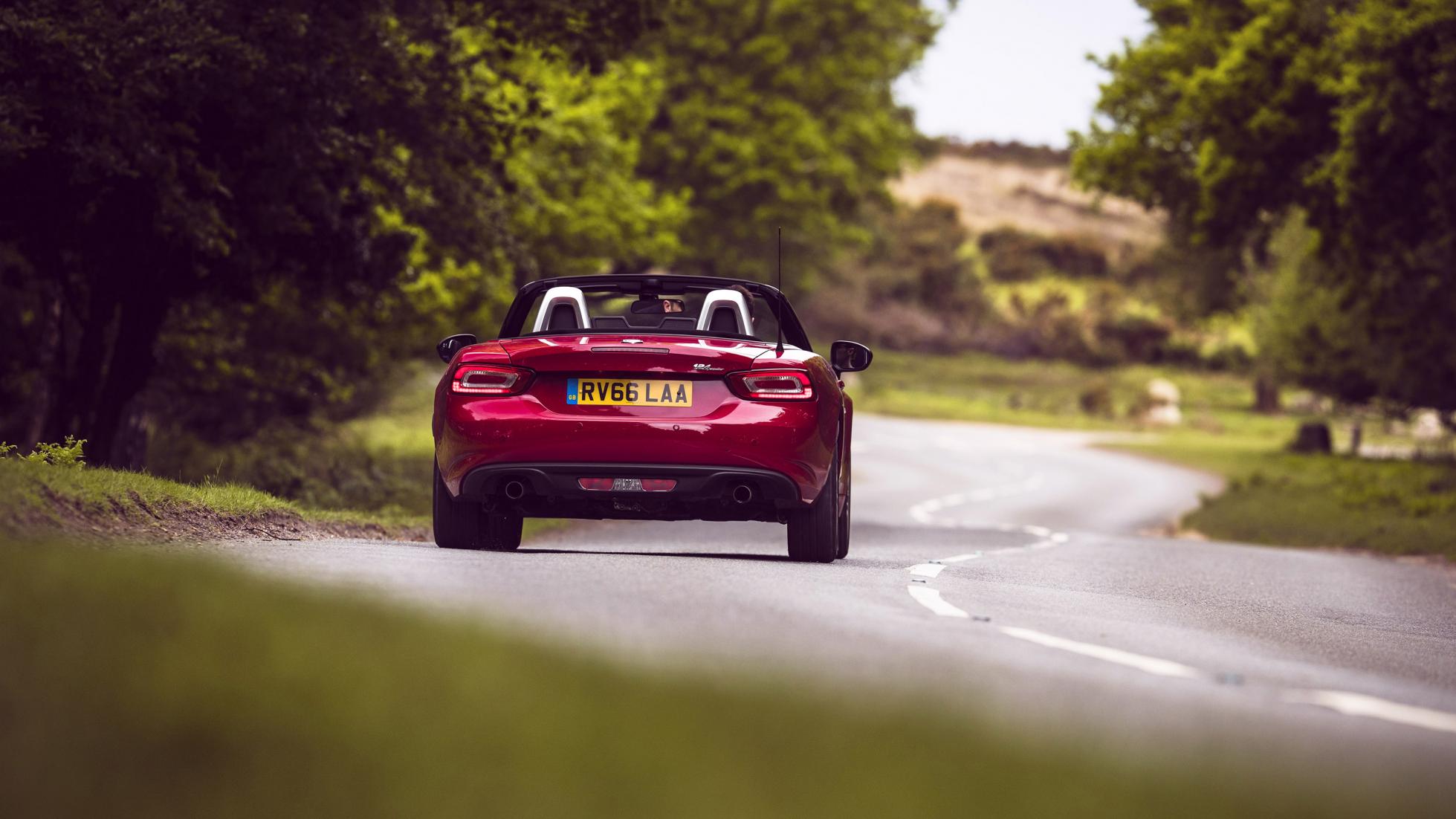 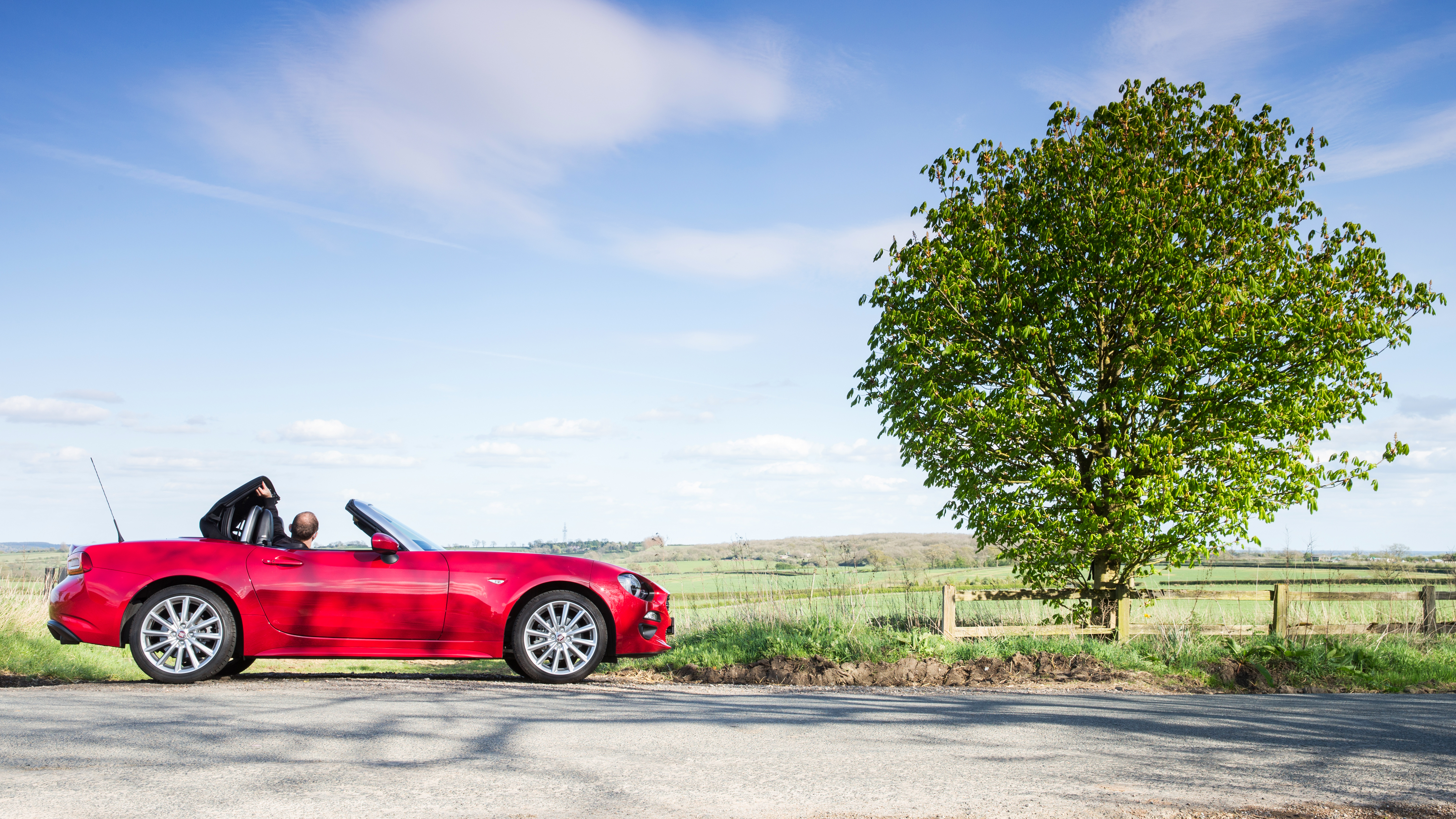 Retro looks, easy to use, simple to own, fun to drive

Not as sharp as other rear-drive roadsters

One of a scant few options if you wish to buy something small, affordable and rear-wheel drive. Joining the Mazda MX-5 and Toyota GT86 is the Fiat 124 Spider. To prove how narrow the profit margins are in this part of the market, it’s a joint venture with Mazda that uses the MX-5’s underpinnings.

As a basis for a cheap sports car, you couldn’t choose much better. Fiat has done a reasonably convincing job of making the 124 its own, too. While the interior is the same as the MX-5’s – bar some slightly duller colour choices and a different font on the rev counter – the exterior is very different.

The Mazda’s slashy modernity makes way for a round-headlight, retro look that looked a little bit dorky when the 124 was first revealed, but which seems to have aged well and looks quite smart now. There are loads of colour choices, too.

While the MX-5 comes with soft- and hard-top options, the 124 sticks with a nice simple, manual soft-top. No electronic gubbins to go wrong – or force what speed you operate the roof at – you simply unclip the roof at the rear-view mirror position then fling it back behind you as quick as you can. It’s light, easy and takes seconds.

There’s just one engine choice, and it signals another big change over the Mazda. While the Japanese car famously uses a high-revving naturally aspirated engine, the Fiat is turbo only, with a 1.4-litre four-cylinder producing 138bhp. Sounds modest, but the Spider’s simplicity means it barely weighs a tonne, making it as light as a typical city car. So acceleration is decent and fuel economy is good.

Prices start at a mere £21,000 – really not a lot for the performance on offer – rising past £26,000 if you want a special edition. If you do want more performance, Fiat’s rascal offshoot, Abarth, makes its own version of the 124 Spider. It’s more aggressive, louder and more difficult to live with, but it’s more thrilling on a good piece of road. 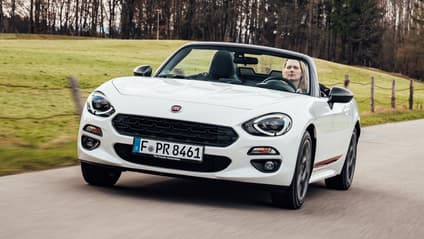 “Spoilt for choice between this and an MX-5? You can't actually go wrong. Choose on looks and engine character”

First impressions might not convince you. The 124 Spider isn’t as well resolved to look at as its Mazda MX-5 base car, nor is it as sharp to drive. But both of these facets are what make it a fundamentally different car, one that impresses in its own way. It's softer, comfier and a nicer place to spend time.

All the strong, sensible bits of an MX-5 remain: its affordable price, ease of use, and its delightfully simple manual roof. The Fiat chooses to go more retro in styling and calmer in handling, and for a lot of buyers, that’ll be really appealing. If you think that all sounds a bit boring, then the Abarth 124 Spider is completely different again… 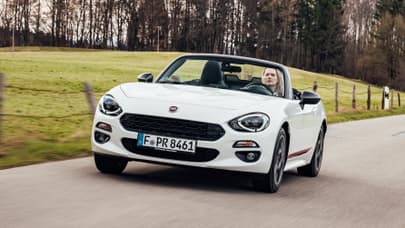 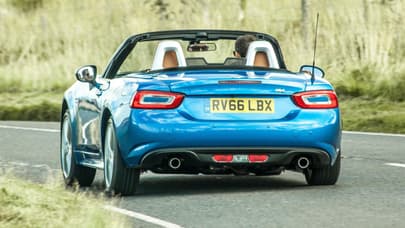 Review: the turbocharged Fiat 124 Spider in the UK