£32,790 when new
Read why you can trust our independent reviews 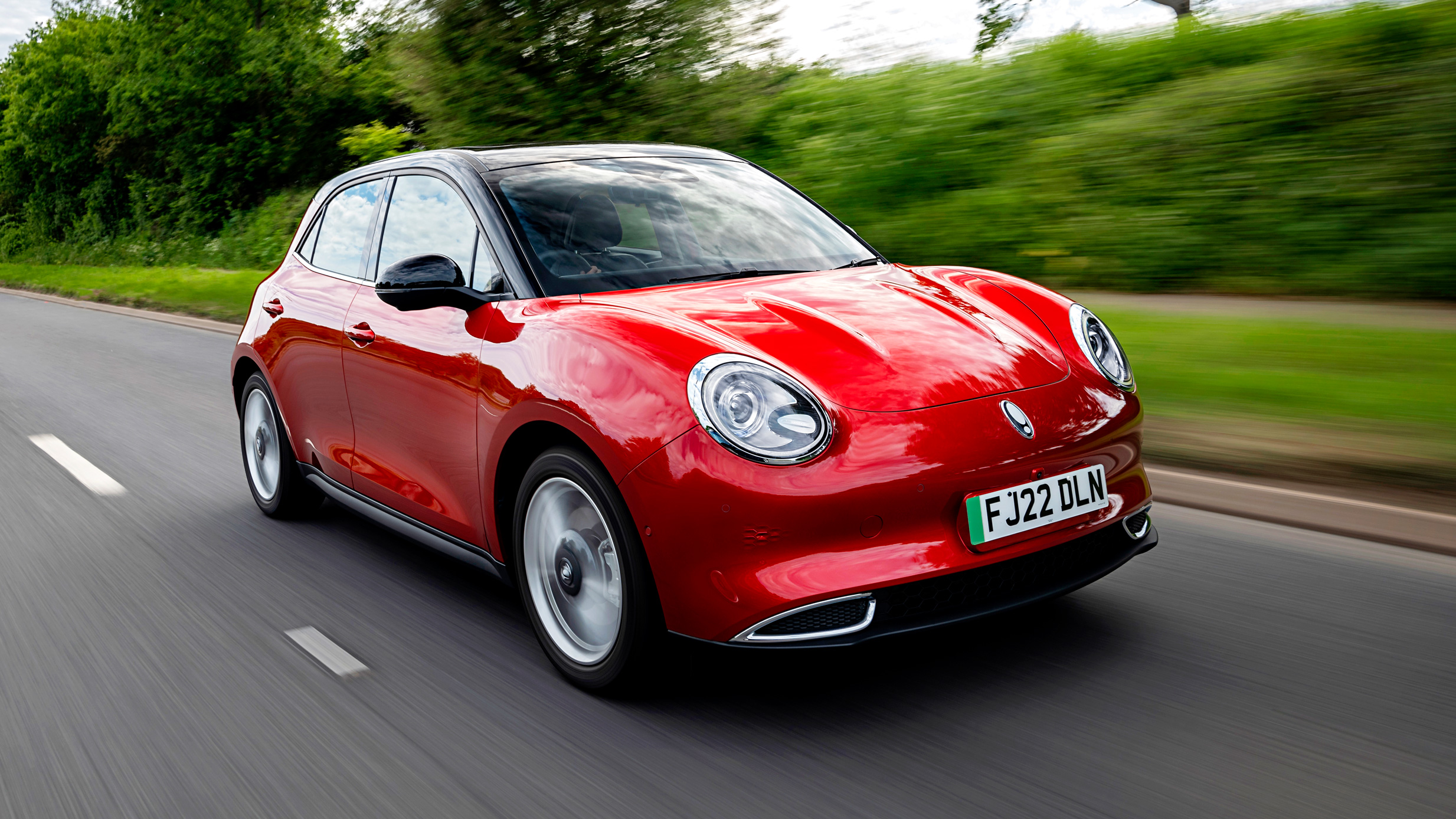 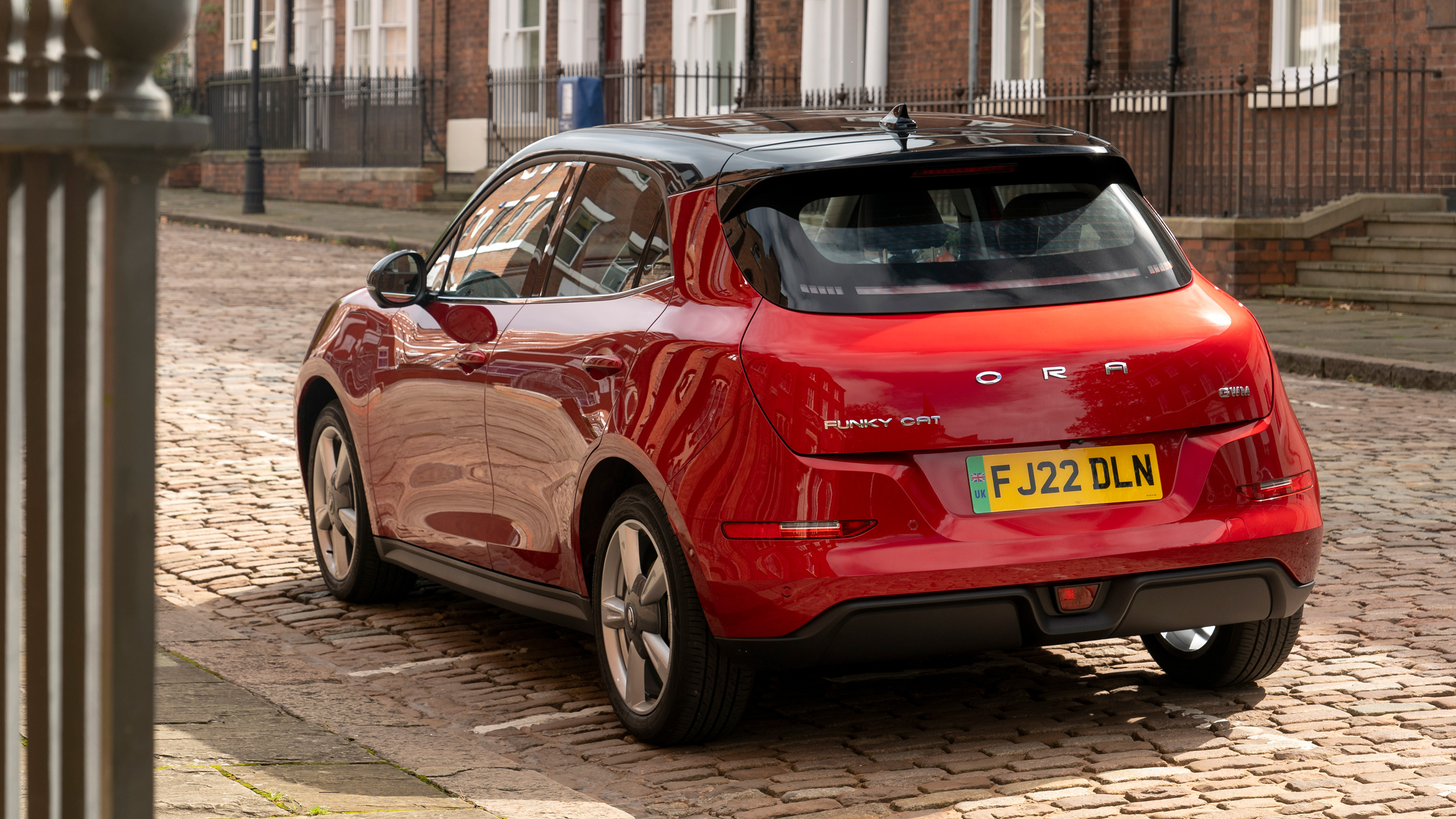 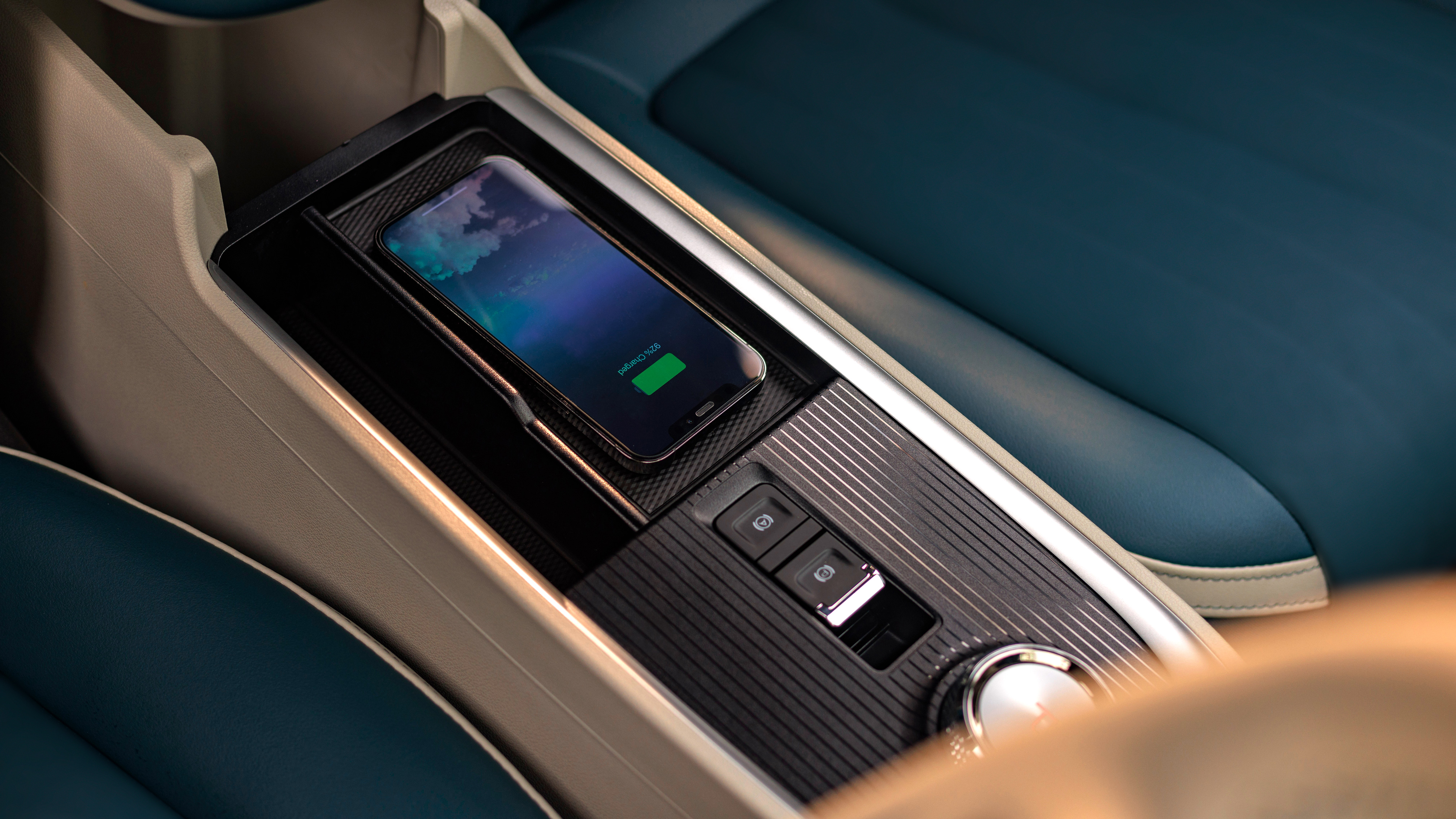 Just read the headline. ‘Funky Cat’ must be a typo…

Nope, no typo. You are indeed reading about a small electric hatch called the Funky Cat, which is about to arrive in the UK all the way from China. It’s the creation of Ora, an all-electric brand owned by Great Wall Motor and established as part of a joint venture with BMW.

You see, GWM and BMW have pooled their resources into a new plant in China capable of producing 160,000 vehicles a year, as well as a new EV platform which will also be used in future Minis. So this could well be our first taste of the next-generation Mini Electric.

Unlikely. In China this car’s called the Good Cat, but for reasons known only to its marketing team the company has decided ‘Funky’ is a better fit for the vibrant, lifestyle-y demographic it’s targeting here.

And the designers haven’t run with the theme, that’s for sure. Those headlights and curvy design lines give the Funky Cat the same adorable vibe as the Fiat 500e, although the car pulls off the Hyundai Ioniq 5 trick in that it’s larger than it looks; more supermini-sized than piddly little city car.

Ora’s only been around three years following a brand launch in 2018, and has been something of a hit in its home market, shifting 135,000 units in 2021; enough to convince the company to try its luck in Europe. In the UK the firm has had 8,000 expressions of interest prior to launch, and it’s aiming for 5,000 sales here by the end of 2023.

It’s optimistic, but the company feels buoyed by feedback so far and as such is using bold tactics for the car’s debut. UK buyers can only have the Funky Cat in top-spec First Edition trim, which comes with a 48kWh battery for 193 miles of range and a 169bhp electric motor for front-wheel drive, 184lb ft and 0-62mph in 8.3 seconds. Top speed? 99mph.

Allow around 42 minutes for a 15-80 per cent top-up on a rapid charger (it’ll max out at 64kW, mind), while a typical home charging unit will do the job in about five-and-a-half hours.

Ora is reckoning on finance of £399 per month over four years, assuming an initial deposit of £3,600. Crucially it also says it can get your car to your closest dealership in as little as 15 days. Take that, obscene mainstream lead times.

Wow. So what are its rivals?

Depends who you ask. Ask us and we’d steer you away from any crossover-y stuff and more towards the hatch segment, so think Vauxhall Corsa Electric, Peugeot e-208, and Renault Zoe. Though arguably those are less premium offerings, so let’s chuck the Honda e and - ironically - Mini Electric in there for good measure.

Ask Ora and they’ll give you four names: the Volkswagen ID.3, the Cupra Born, the Renault Megane E-Tech Electric and the Hyundai Kona Electric. All of those are similar in size (well, length) though none get quite as much kit as standard.

Yup, this is a tech-laden car. Had to be, didn’t it? The Funky Cat earns a five-star Euro NCAP rating on account of its suite of safety gizmos, with desirable features like adaptive cruise control with stop/go capability, traffic sign recognition, automatic LED headlights with high-beam assistance, automatic wipers, a 360-degree view camera, a reversing camera and rear parking sensors, plus automatic air con and keyless entry. All that jazz.

As is common, there’s an app through which you can monitor charging and pre-heat/cool the cabin.

Has it got a party piece?

It’s got a few: the voice control assistant is activated by the phrase ‘Hello Ora’, using which you can open any of the four windows (as can any mischievous passengers, we might add) without needing to lift a finger. Meanwhile facial recognition tech will apply all of your favourite settings once it’s identified you as the driver, and a yawn (we’re told) will earn you a ticking-off for driving tired.

The Funky Cat can also alert you if you leave a child or dog in the car by mistake. Although we don’t think it’s sophisticated enough yet to tell the difference between the two…

Funky. Like we said, the designers have stuck to the brief and produced a light, colourful cabin that - thanks to the work of an R&D centre in Germany insisting on European standards - also feels well-built. Certainly no tell-tale rattles on our test drive, and it feels like interior quality justifies that price tag.

As well as the leatherette seats and leather-stitched steering wheel, you get a pair of 10.25in touchscreens rolled into one unit atop the dashboard, with everything from FM and DAB radio to tyre temperatures (yes really) available through the screen. Apple CarPlay and Android Auto aren’t available yet, but a team of engineers is working on it now and they should be available in the first quarter of 2023. Wireless smartphone charging is present and correct already.

The Funky Cat’s fairly spacious up front and not bad in the rear, although headroom and legroom may be in short supply for taller passengers. The boot is a bit pokey too at 228-litres (858 with the rears folded down), and you also have to contend with a high loading lip for those heavy shopping bags.

Honestly? Very tidy. Around town and on B-roads the driving dynamics are very assured with body roll nicely controlled, which means you can pick your lines through corners and place the car exactly where you want it on the road. This isn’t a sporty car by any means - the chassis doesn’t encourage that sort of driving - but acceleration is strong and single-pedal mode (should you select it) engages enough brake regen to take the hassle out of slow-speed stuff.

Meanwhile the ride is typical for an EV: firm, but not overly so, with rougher surfaces dealt with well enough. The Funky Cat isn’t built with the motorway in mind, but it’s comfortable at a cruise and the steering isn’t so light that you’re constantly making corrections. Actually, you can alter the steering weight to suit your tastes via the touchscreen. We liked the heaviest setting, so we left it there.

Only big downside is wind noise off the mirrors, which gets distracting at 70mph. That’s nit-picking though.

Anything else to nit-pick about?

Bound to be some foibles, weren’t there? The indicators are a nightmare: it’s a light touch for a quick indicate and a heavy touch when you’re sat at a junction, but it’s all too easy to press too hard. Then you get confused and flick the stalk the other way, only to indicate back in the opposite direction. Which makes those around you confused. Gah.

Meanwhile the infotainment - while fairly easy to navigate - feels a bit menu heavy, and we’d like some bigger buttons for ease of use on the move. Nor do the graphics feel that harmonious. But is it worse than the system in an ID.3? Nowhere near.

Anything else? Some scratchy plastics, and the door bins are a bit small. And we’re not sure about the 18in alloys. But nothing major at all, this is a strong overall package.

There’s no escaping it: Chinese brands have been threatening to set up shop here for years, and you wonder if their apparent reluctance to actually press ahead will make an unfamiliar badge a harder sell. Ora recognises that it has convincing to do, and so it’s offering to look after Funky Cat buyers with a five-year, unlimited-mileage warranty and pan-European breakdown cover, as well as guaranteeing the battery and powertrain for eight years or 100,000 miles.

Oh, and it sits in insurance group 21E. Apparently the assessors liked the Funky Cat’s ‘repairability’.

Meanwhile service intervals are every two years or 18,000 miles: Ora reckons these longer-than-normal parameters will encourage customers to make the leap. First deliveries are set to take place before the year is out. Anyone who makes the jump is in for a treat. Good car, this.