£418 p/m
External link to
with Leasing.com
Read why you can trust our independent reviews
Top Gear Team
Published: 04 Oct 2022
Skip 19 photos in the image carousel and continue reading 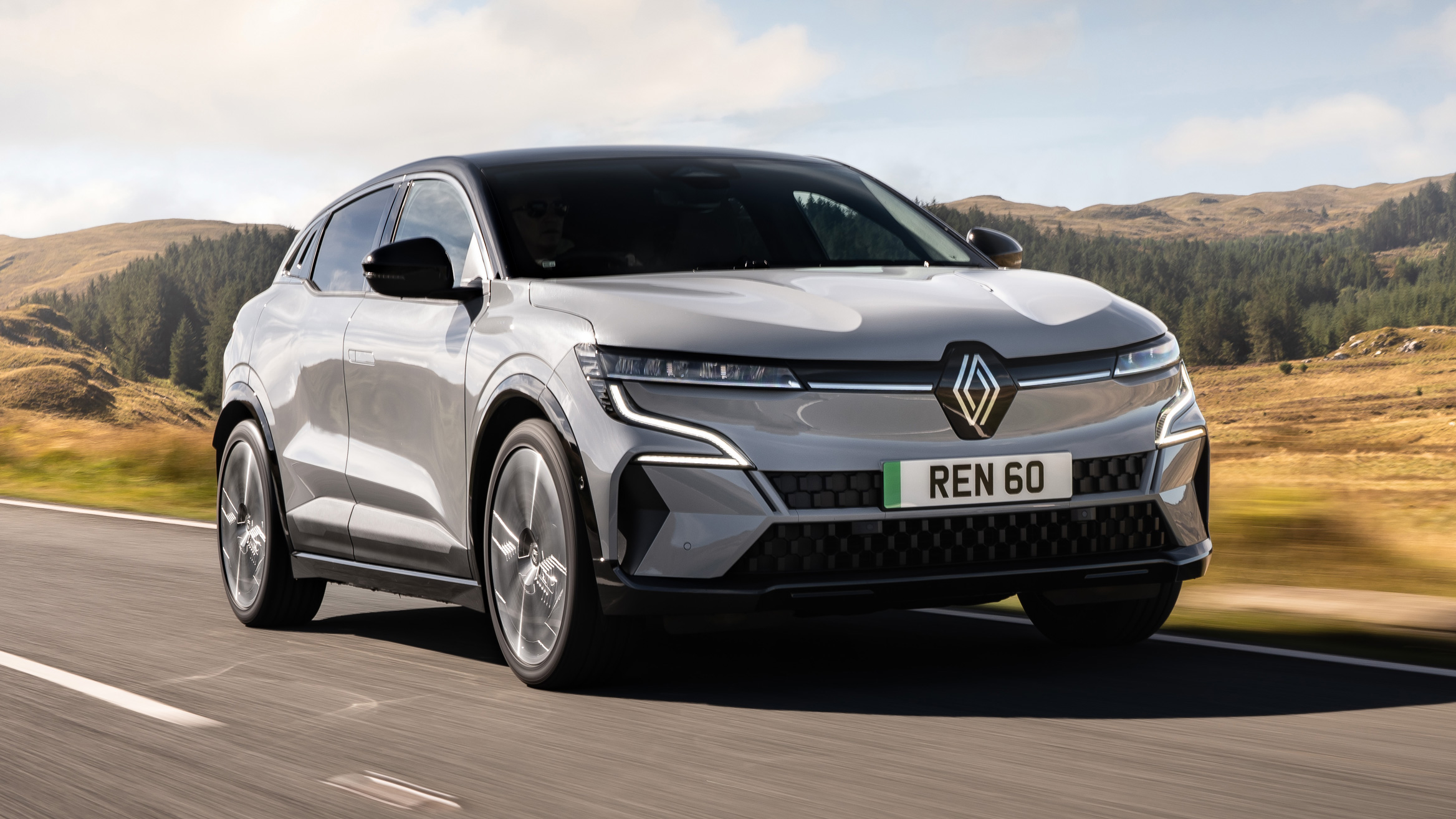 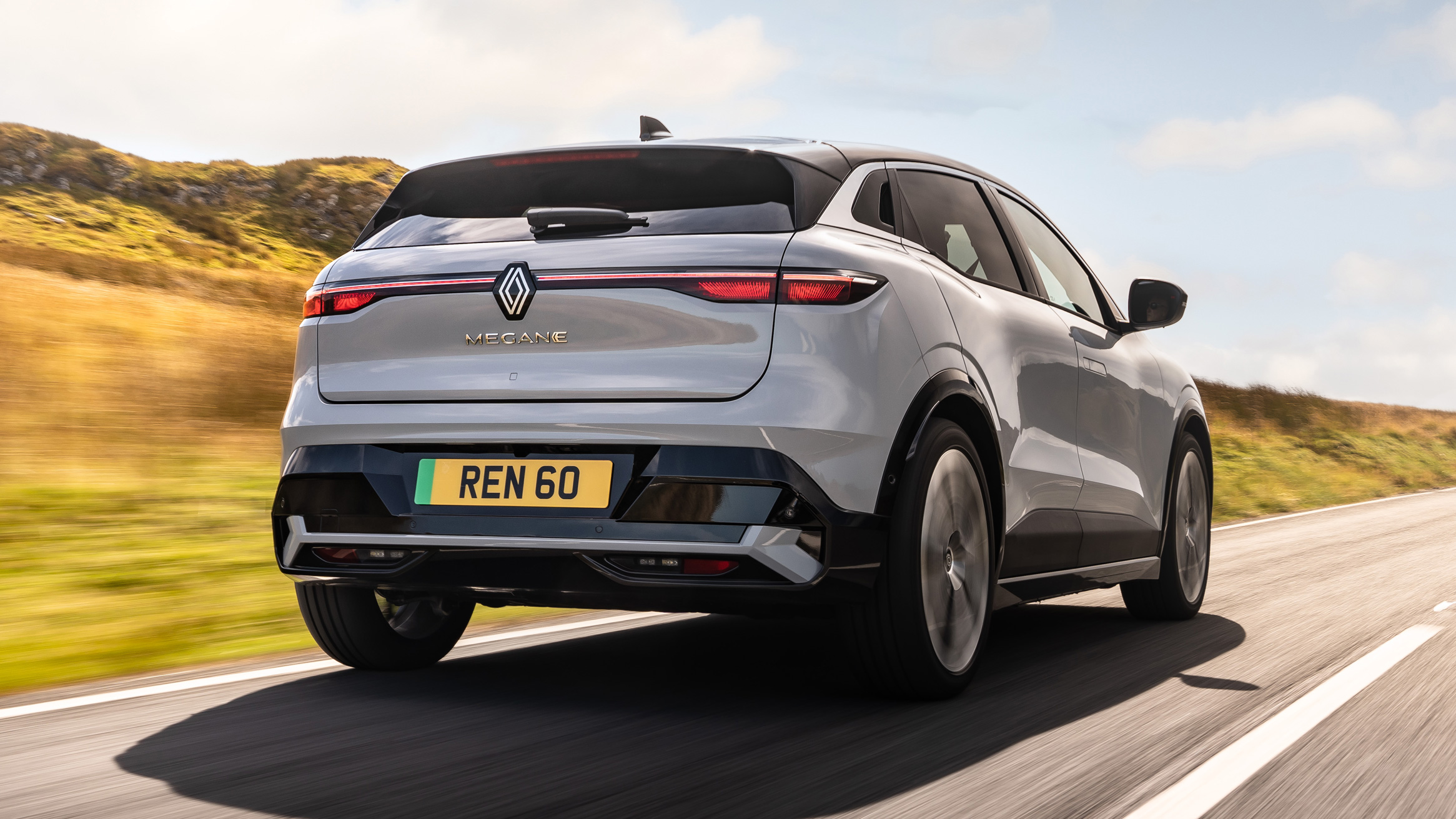 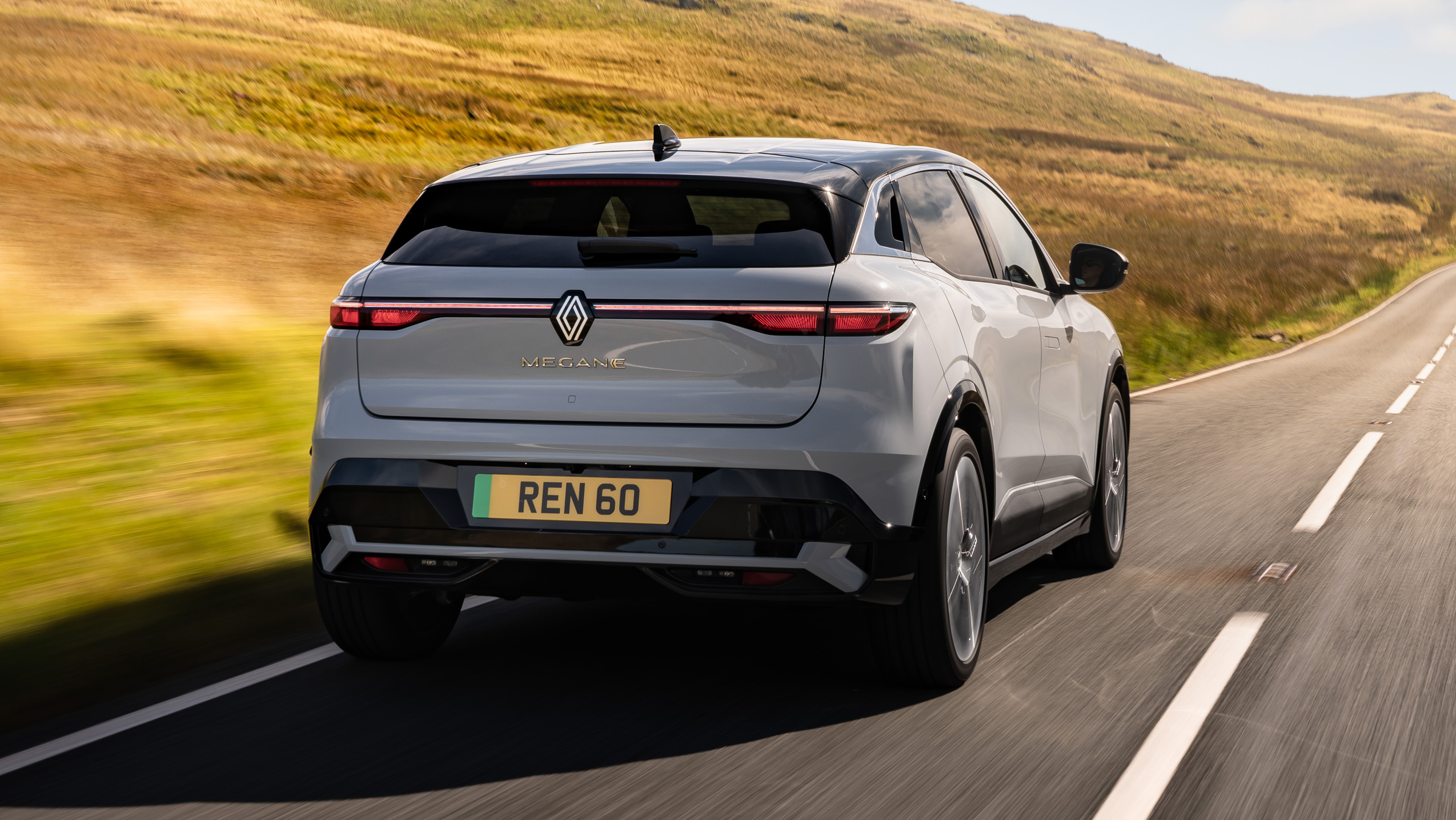 1 / 19
Advertisement
“A desirable family hatch that just happens to be electric. Fantastic interior, too ”

Properly premium cabin, real sense that learnings from Zoe sales have been deployed

This is Renault's new family hatch. Its full name is Megane E-Tech Electric and that’s because it's designed and built all-in for battery power. There won't be a version with an engine. That frees up the design and proportions, and removes many compromises from the engineering.

The Megane is one of a whole flotilla of upcoming electric cars from multiple brands, all using versions of the same platform. Renault's Alliance partner uses it for the intriguing Ariya crossover. Alpine will turn it into a high-performance electric crossover coupe. There'll be bigger Renaults, and Mitsubishis too. And in a couple of years the same underduds will spawn the next Nissan Leaf, which will be reinvented as a compact crossover built at Sunderland. At which point the over-used phrase 'no pressure then' looms over the horizon.

How big is the Megane?

The proportions make it hard to judge. But it's just a normal-size family hatch. Actually a little shorter than most.

Using a purpose-designed structure brings the expected benefits to the Megane. It mostly feels roomy and has lots of cabin storage, thanks to a flat floor and long wheelbase. The dash is moved forward because the climate-control tackle is tucked under the bonnet.

The battery is just 110mm thick, little enough that you don't sit any higher than in the old, combustion-engine Megane. The centre of gravity has shifted a full 90mm closer to the ground than with the old car.

If you want a petrol or hybrid Renault roughly this size, it's an Arkana for you my friend.

Renault's design chief Laurens van den Acker argues it's not an SUV despite the black wheel-arch extensions. "An electric vehicle needs to be super-fluid and aerodynamic or you don't get anywhere." Its roof height is lower than a VW ID.3.

They actually designed two versions of this car: the regular hatch and a sporty one, with widened arches and more aggressive bumpers. "The finance department didn't think much of the sports version," says van den Acker. Then in mid-2020 Renault got a new boss, Luca de Meo, and on his second day he looked at prototypes of both and said "just make that one". He was pointing to the sports variant. So the 'base' car was quietly shuffled off to oblivion.

The Megane is front-drive only, which gives it a bigger boot than the VW ID.3. In France there are two motor outputs and two battery energies, and even two charging speeds. But for the moment the UK range is simple: the biggest helping of everything.

That means a motor of 220bhp, a battery of 60kWh (220bhp only) and DC rapid charging. That translates into a WLTP range figure of 280 miles.

What about the interface?

Good question. We've had a lot of beefs with EV dashboards: some rely too much on touchscreens, some deprive the driver of a proper instrument panel. But the Megane has both a big twin-screen layout and not-ungenerous rows of physical controls. The screens run on the Android Automotive operating system, but skinned in a Renault-specific way. And if you're an Appleist, it runs CarPlay too. We got on well with it.

The main impression is of a really mature product. But then Renault has already sold 400,000 electric vehicles, mostly Zoes, across most of a decade, and they've run six billion miles, all connected back to the Renault mothership for analysis of battery and owner behaviour.

Renault likes to call the Megane an 'electric GTI'. Which is over-egging things a bit. It lacks the involvement of a good sporty petrol hatch. Still, the 220bhp version's performance is lively and the steering quick. Multi-link suspension gives it both responsive cornering and a very quiet, refined – although not that soft – ride.

It's also efficient on its not-very-large battery. That helps with rapid-recharging time.

“A desirable family hatch that just happens to be electric. Fantastic interior, too”

This Renault is fun to drive, so you might be tempted into range-blunting speeds that negate the car's clever efficiency measures. Go sensibly though and the range compromise is enough for most.

Possibly the back seat space is tight for a leggy family, though it's better if the people in the front raise their seats a little so the ones in the back can get their feet under. That's a common issue with electric cars. Anyway, Renault will have other related but bigger EVs before many years have passed.

As for the non-electric parts of it, the Megane is conventionally desirable. It's handsome and has a well-finished and easy-to-use cabin.

The Megane is a car for people who know and like 'normal' cars. You'll find little of the bare design or eccentricity that mark out the VW ID.3 or BMW i3 or Leaf as 'pioneers'. 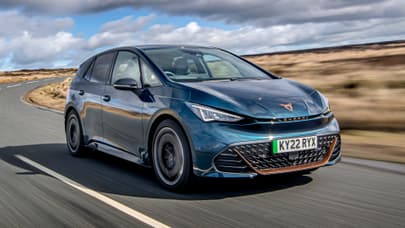 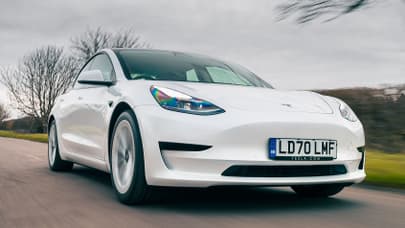