£364 p/m
External link to
with Leasing.com
Read why you can trust our independent reviews
Top Gear Team
Published: 04 Jul 2022
Skip 20 photos in the image carousel and continue reading 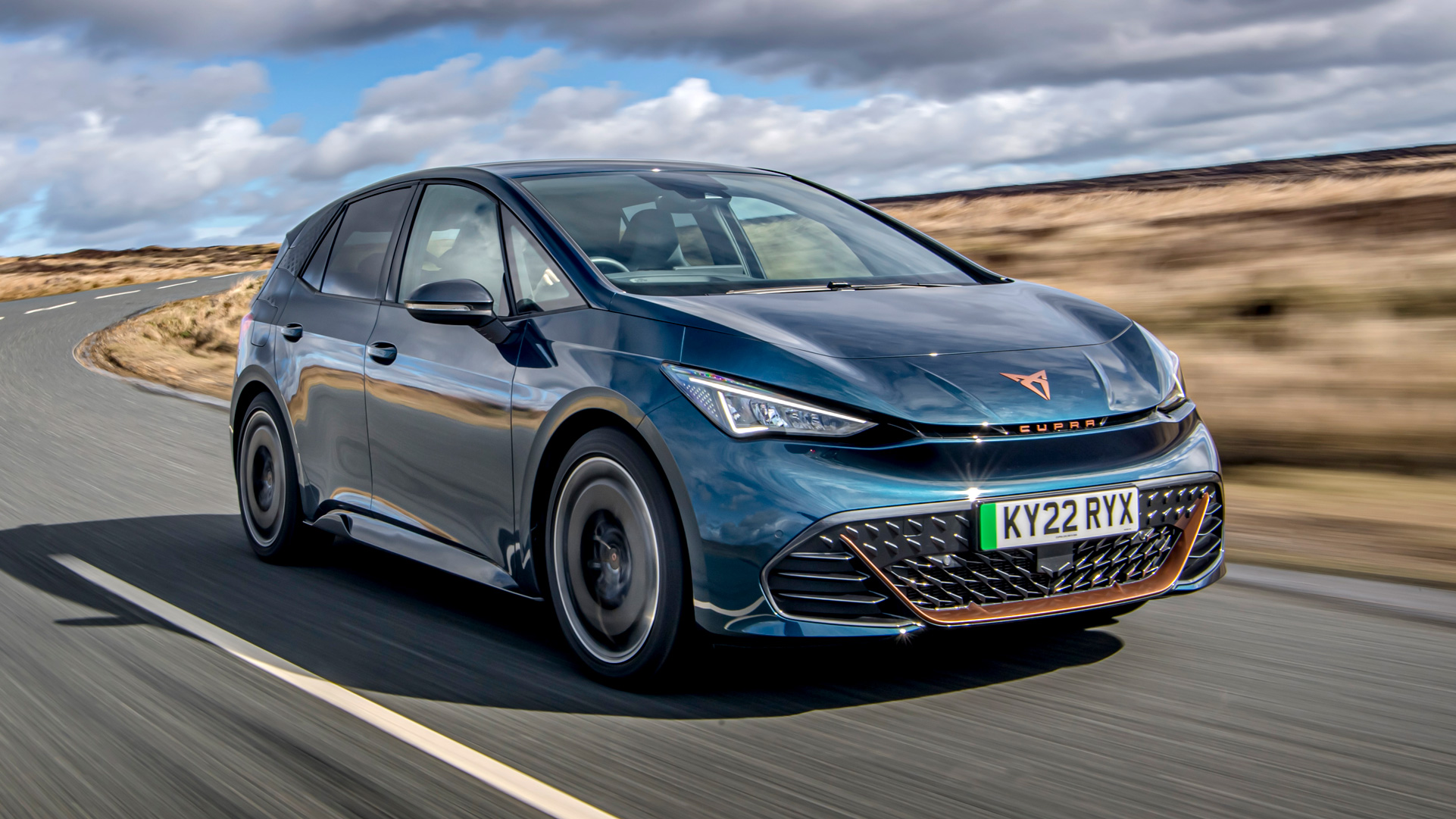 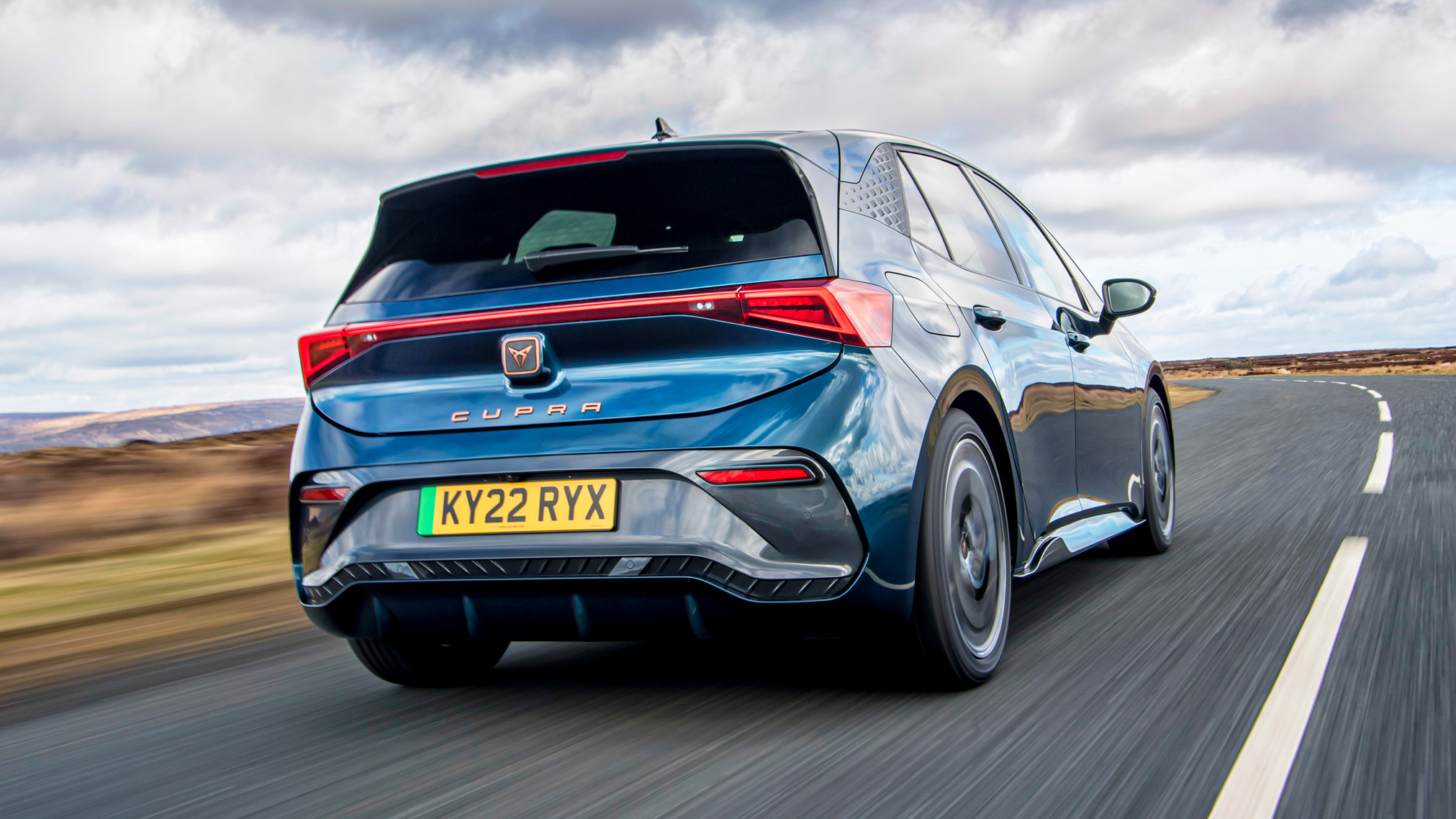 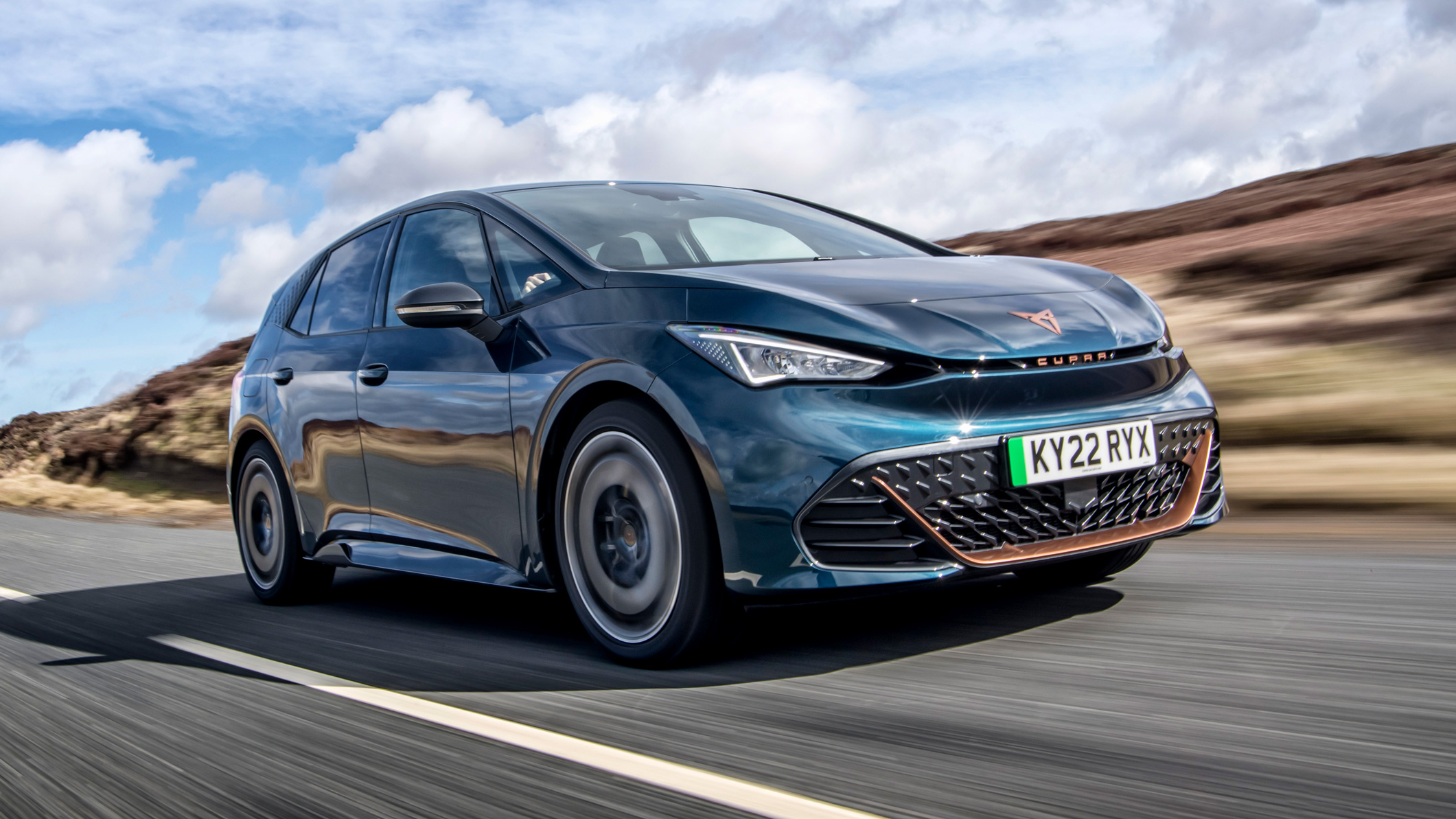 1 / 20
Advertisement
“A very competent electric hatchback, but not quite the EV hot hatch we expected from Cupra ”

Sharper styling and a more expensive-feeling interior than you get in a VW ID.3

Not enough speed or drama to be considered a hot hatch, screen still fiddly to operate

It has been a long time coming, the Cupra Born. We first saw it as the Seat el Born concept – named after a particularly trendy neighbourhood in Barcelona – way back in March 2019. Since then it’s not only gone from concept to reality (and actually got better looking in the process), but switched brands completely.

So why the brand change?

Well, if the Born had been a Seat, normal VW group procedure would have dictated that it needed to be slightly cheaper than the Volkswagen ID.3 (as is the case with the Leon and the equivalent Golf). If you’ve sat in a lower-spec ID.3 and poked around at some of the cheap plastics, though, you’ll know that the Volkswagen has already been designed on a budget. It’s all to do with battery costs and profit margins being much tighter for the so-called legacy manufacturers switching to EVs.

As a Cupra, the VW Group can price the Born slightly higher than an ID.3 – charging a little bit more for some sharper design and a touch more sportiness. Apparently.

How has it changed since that El Born concept?

Cupra says it has spent more time and money on refining the styling of the Born. It gets a much angrier face than the el Born and the equivalent ID.3, as well as little flicks on the side skirts, a longer rear spoiler, dramatic 18- to 20-inch wheel options and a slightly chubby-looking diffuser (which is exaggerated in the lighter grey exterior colour).

Speaking of colour, Cupra describes its palette as “sophisticated neutral”. From what we’ve seen on the Formentor and its hot Leons, that means a mix of petrol blue, a couple of shades of grey and that all-important copper detailing.

Despite all of the extra styling work, though, in the flesh the Born does look remarkably similar to the ID.3. It’s the boxy shape, the identical glass, the short overhangs and the similar C-pillar that really give the game away. Whether that’s a bad thing will be down to personal preference.

Correct. Technically there’ll be four different iterations of the Born from launch – with the most powerful pair being offered with something Cupra is calling the ‘e-Boost performance pack’.

Tick that box and the rear-mounted electric motor is able to drive the rear wheels with a maximum of 228bhp for a short amount of time under full throttle – bear in mind the most powerful ID.3 available right now makes 201bhp, although we’re expecting twin-motor, 4WD versions of both the VW and the Cupra in the near future.

There’s a few minor hardware tweaks to try and distance the Born from the ID.3 too, including wider tyres and suspension that’s 15mm lower on the front axle and 10mm at the rear. You also get the option of the VW Group’s Dynamic Chassis Control (DCC) for £790 no matter what powertrain you pick, and the traction control can be loosened into ESC Sport.

Better than the VW ID.3. The road manners are a little crisper without sacrificing comfort, the interior functions just as well and the screen menus are marginally less irritating to operate. Marginally. It comes across as a likeable and usable electric car. Sets new standards and does very little differently, but it’s a safe option. Just don’t buy into the ‘electric hot hatch’ line. It’s swift but detached to drive.

What about the range?

Not sure if you’re referring to the battery range or range range. Let’s deal with both. As ever, our rule of thumb is to knock a third off whatever the claims are. During summer you’ll reckon we’re being pessimistic, during winter, optimistic.

As for the model range under the two e-Boosters is another 58kWh battery option, although this time it’s paired with a 201bhp motor that means a handful of extra miles of range. That’s expected to be the best-seller. There are three spec levels, imaginatively called V1, V2 and V3, the steps between them about £2,000. More detail on that in the Buying tab.

The base spec starts at £34,715 (no plug-in car grant from the government anymore to reduce the list price), but in due course we’re expecting a entry version sporting a 45kWh battery with a 148bhp motor for a total of around 211 miles of range and a price below £30,000. Not bad.

“A very competent electric hatchback, but not quite the EV hot hatch we expected from Cupra”

The Born is an entirely predictable and yet very well executed first electric car from Cupra. Just don’t go into it thinking you’re going to be getting an electric hot hatch. The quick one has got enough poke to convince, but although it's competent around corners, it’s not in the least involving or fun. It’s more about the style – and this does undoubtedly look and feel fresher then the VW ID.3.

Think of it as an ID.3 alternative with a slightly plusher interior, lots of copper-coloured detailing and a pointy snout and you’ll be much closer to the mark.