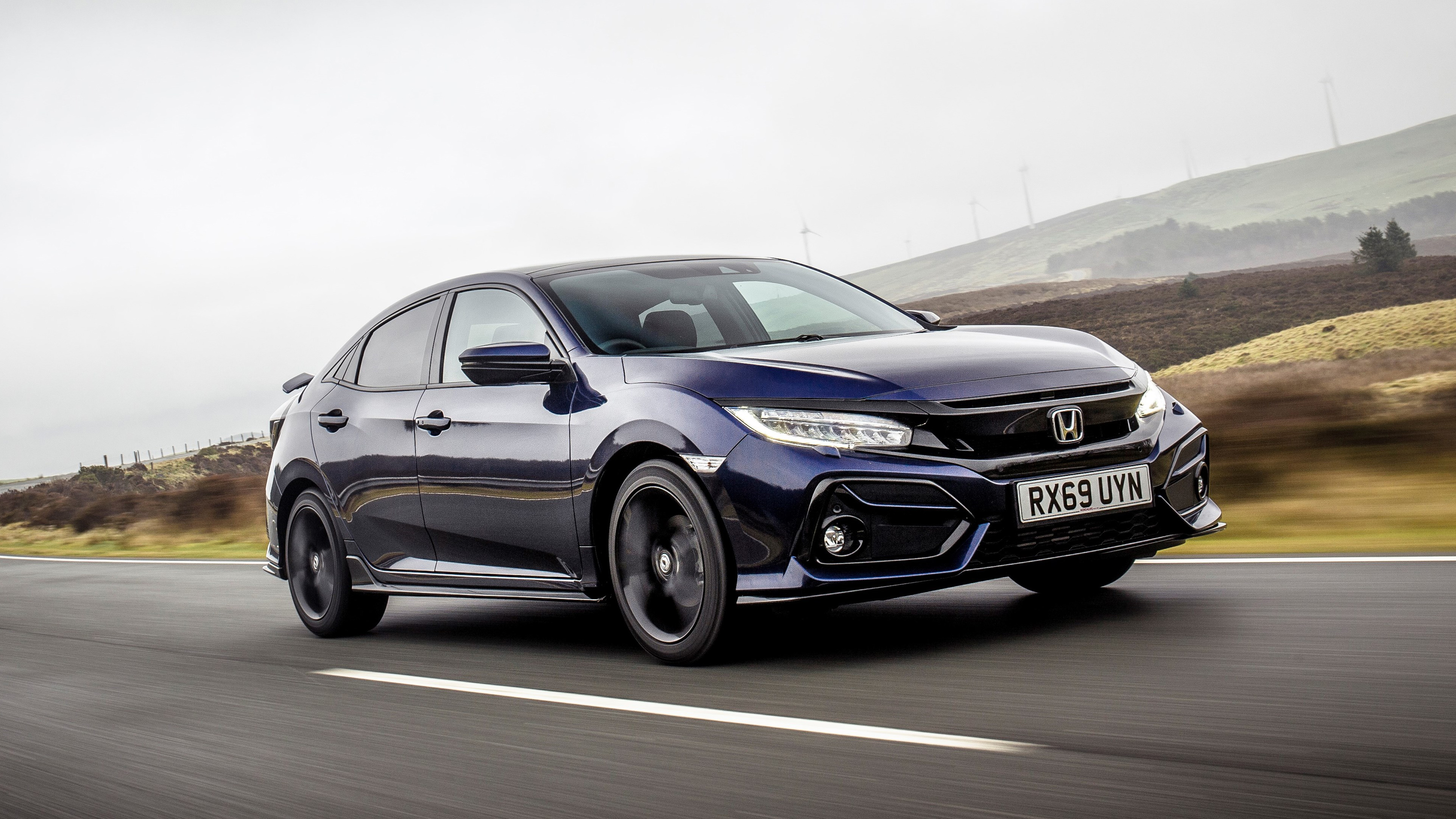 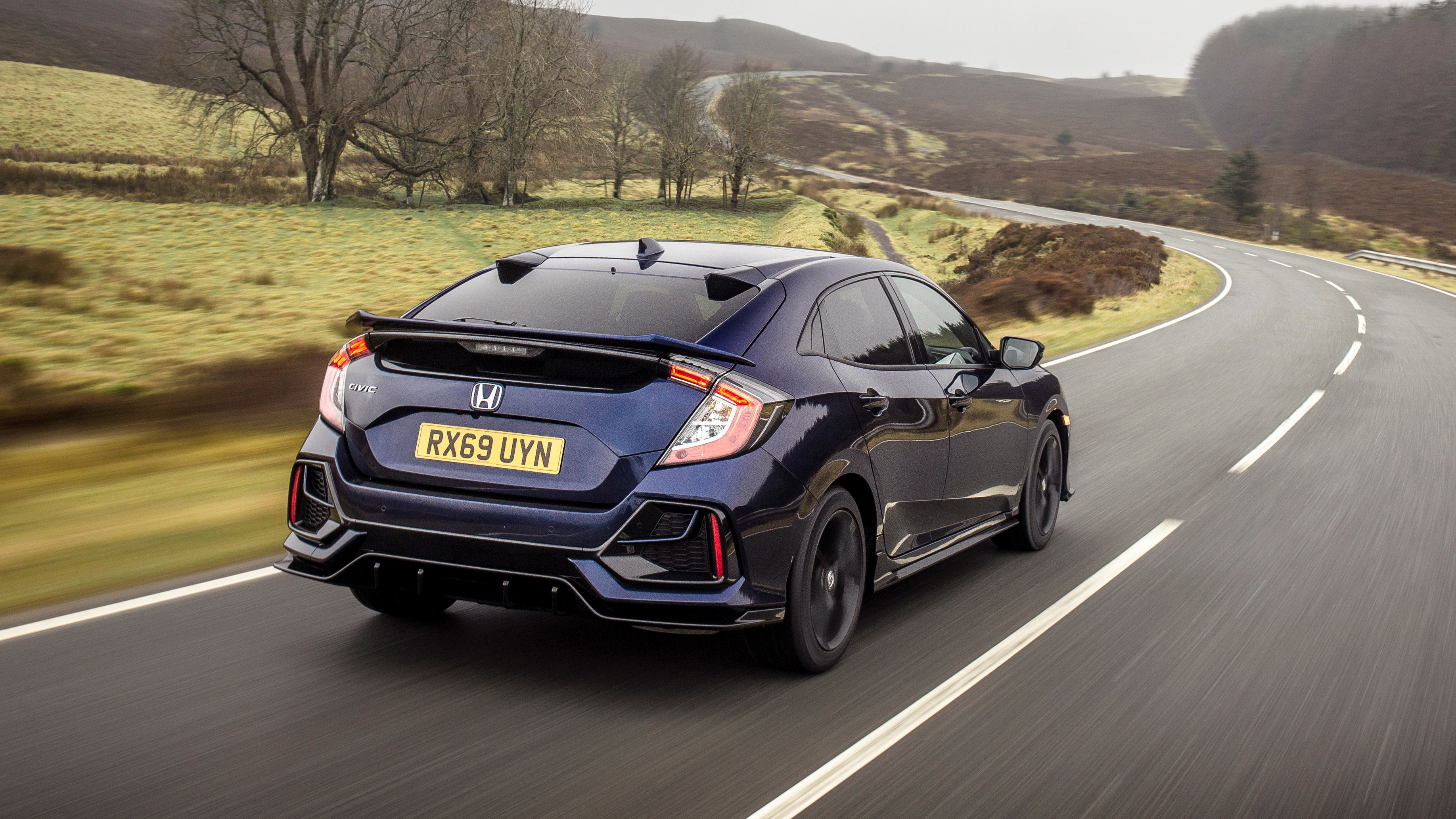 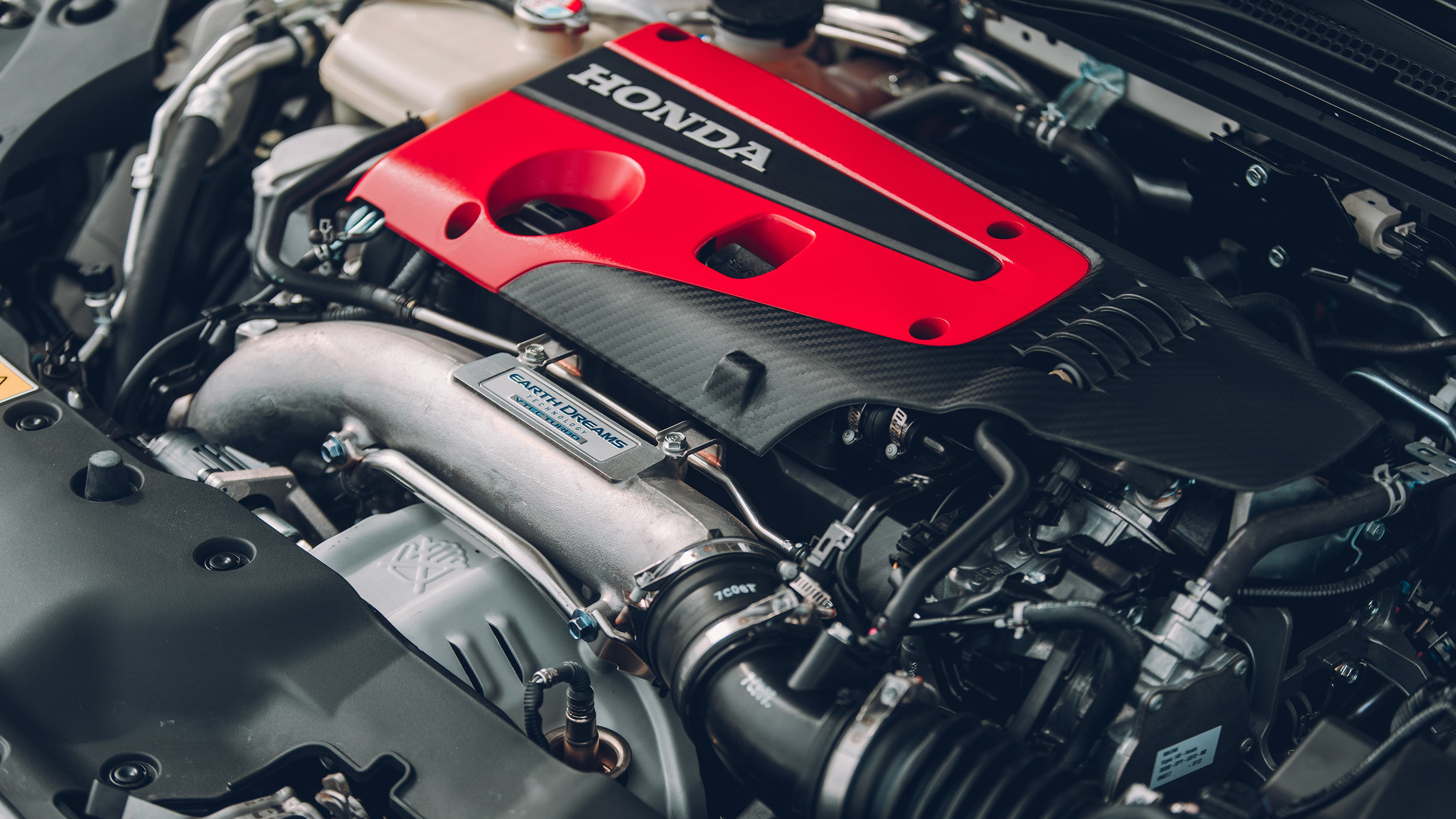 1 / 10
Advertisement
“The Honda Civic brings some welcome colour to a sensible part of the market. Not perfect, but very interesting. ”

Not quite as clever with interior space as before, divisive styling

The Honda Civic was given a nose-to-tail, top-to-toe overhaul for the current generation, before a very minor facelift to keep things fresh in 2020. It’s much better to drive than the dumpier Mk9 – close to class best in many ways – and is far sleeker with it, yet the space of the old one survives intact.

Most noticeably, it’s lower and longer than before, with more of a coupé look and a lither driving experience.

The chassis now has a multi-link rear suspension so as to combine handling precision with better comfort, and adaptive dampers appear on upper-spec versions.

You’ve a choice of three petrol engines and one diesel. The petrols include a 1.0-litre three-cylinder turbo, making 124bhp, and a 1.5-litre four-cylinder turbo with 180bhp. You can have either with a new six-speed manual transmission, or a CVT automatic.

The diesel is a 118bhp/221lb ft option that adds about £1,300 to the 1.0-litre petrol, but compensates with a claimed 60mpg+ and 90g/km. You might not reach that in the real world, but it’s a good base for hitting the 50s in more realistic conditions.

The final engine? The Civic Type R and its 316bhp 2.0-litre VTEC turbo. Spoiler alert (no pun intended): it was Top Gear’s 2017 Car of The Year and is one of the greatest hot hatches in recent history.

Exterior styling of all new Civics is busy with lines and angles. Huge pentagonal fake grilles dominate the front and rear corners. Sill and bumper extensions cling to the perimeter. Inside, you’re faced with a more logical and better-assembled dash than before, especially post-facelift. It’s still extrovertly styled compared with the German opposition, though.

The old Civic’s famous ‘magic seat’, an upward-folding rear bench, has gone. It depended on the fuel tank being below the front seats, which is why the previous car ended up so tall. Now it’s in the conventional place below the fixed rear cushion. So you can’t have a footwell-to ceiling load space. On the other hand, that forward fuel tank always robbed rear passengers of foot space, so we’ll accept the trade.

Honda fits a wide-ranging active safety suite to every single Civic model. That includes collision warning and auto city braking with pedestrian recognition, and active lane keeping. It uses the same cameras and radar for its cruise control, which doesn’t just adapt to the speed of the car in front, but also tries to predict when someone will cut in ahead of you and slows down more gently ahead of time. It’ll also change your speed as you pass limit signs. A reversing camera and blind-spot warning tech comes if you step up to the SR or EX trim levels respectively.

This Civic is engineered with Europe very much in mind. But for the first time in several generations, the Civic sold here also sells with little modification in the Americas and Asia (they used to get their own very different cars). In fact, the soon-to-close Swindon plant is the only factory in Honda’s worldwide network building the five-door version. 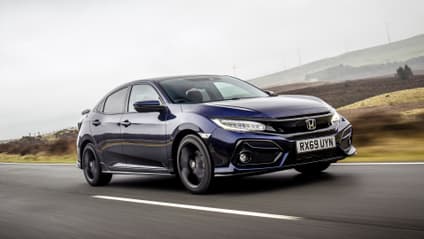 “Colourful character in a muted part of the market”

After the soft and vague ninth-generation Civic, version ten is rejuvenated. Its low silhouette speaks the truth about its sharp driving manners. Quick steering and a taut chassis put it at home on B-roads. But it’s well-judged enough not to mess up the main duties of a family hatch: it’s stable at a cruise, and the ride comfort in towns and suburbs is perfectly acceptable.

Performance is lively versus rivals, whichever of the new turbo engines you get. But the 1.0’s lag sometimes takes the shine off it. The 1.5 keeps a lid on that problem, and feels semi-sporty. It’s a good match for the athletic cornering. Then there’s the 316bhp Type R, probably the best hot hatch on sale today. One of the best ever, in fact.

Despite the low roof and seats, it’s still roomy, but only by virtue of being a fair bit longer than most rivals – check it fits your garage.

Perhaps because Honda hasn’t over-complicated the engines, there was money left over to serve up impressive equipment lists, especially the active safety setup.

Last time around, you barely felt any common ground between the pin-sharp Type R and the mushy rump of the Civic range. This generation, the mainstream versions feel like they have some R blood in their veins. There’s tangible overengineering, which is good news when Honda’s engineers are so talented. 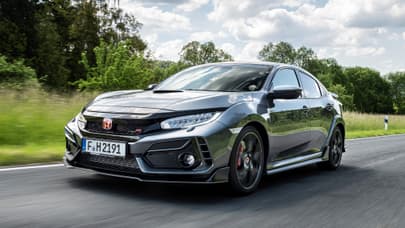 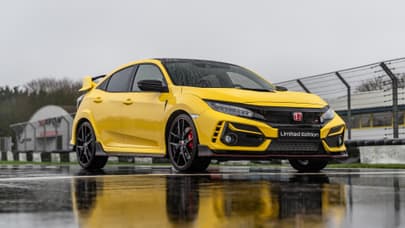