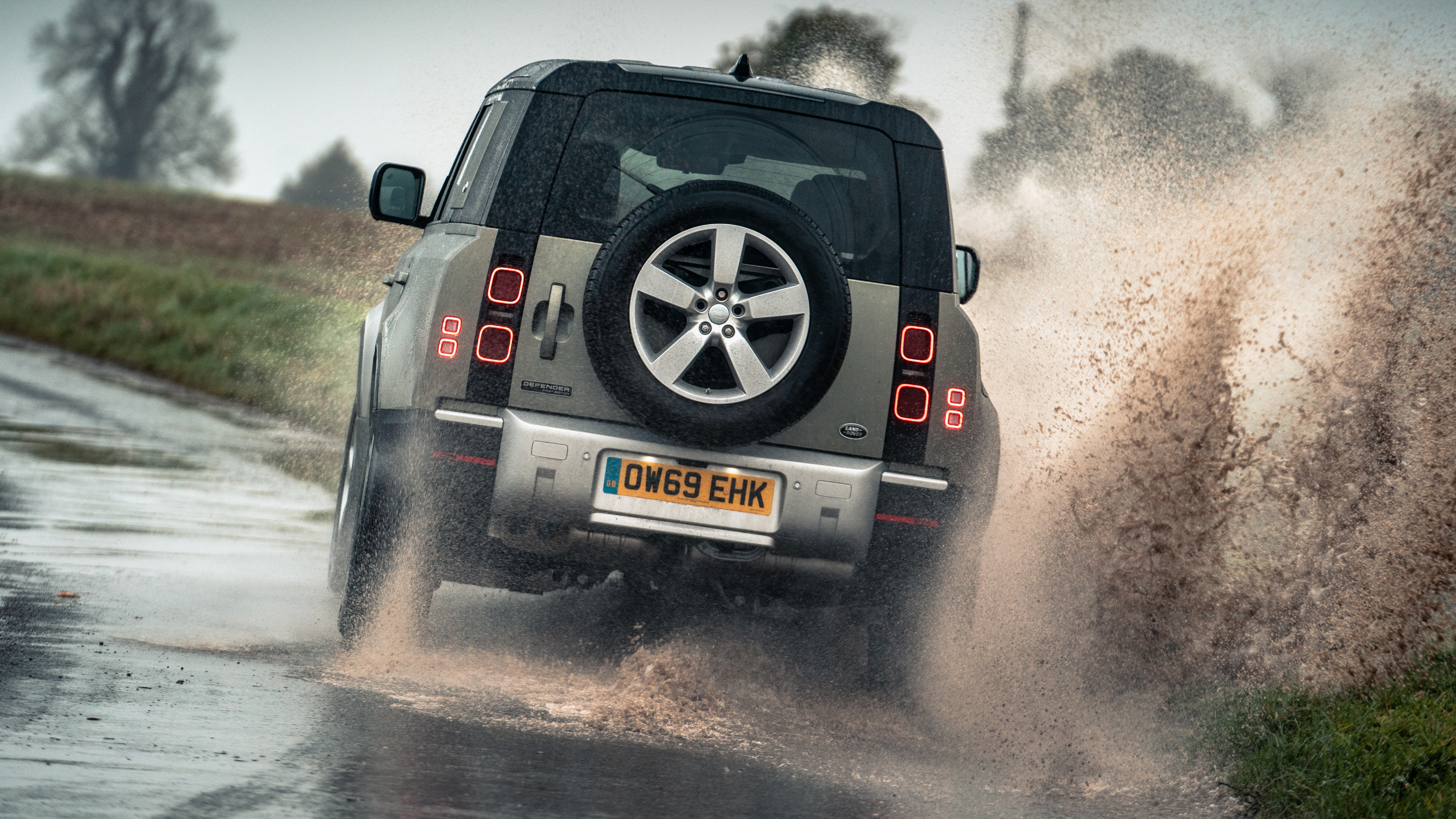 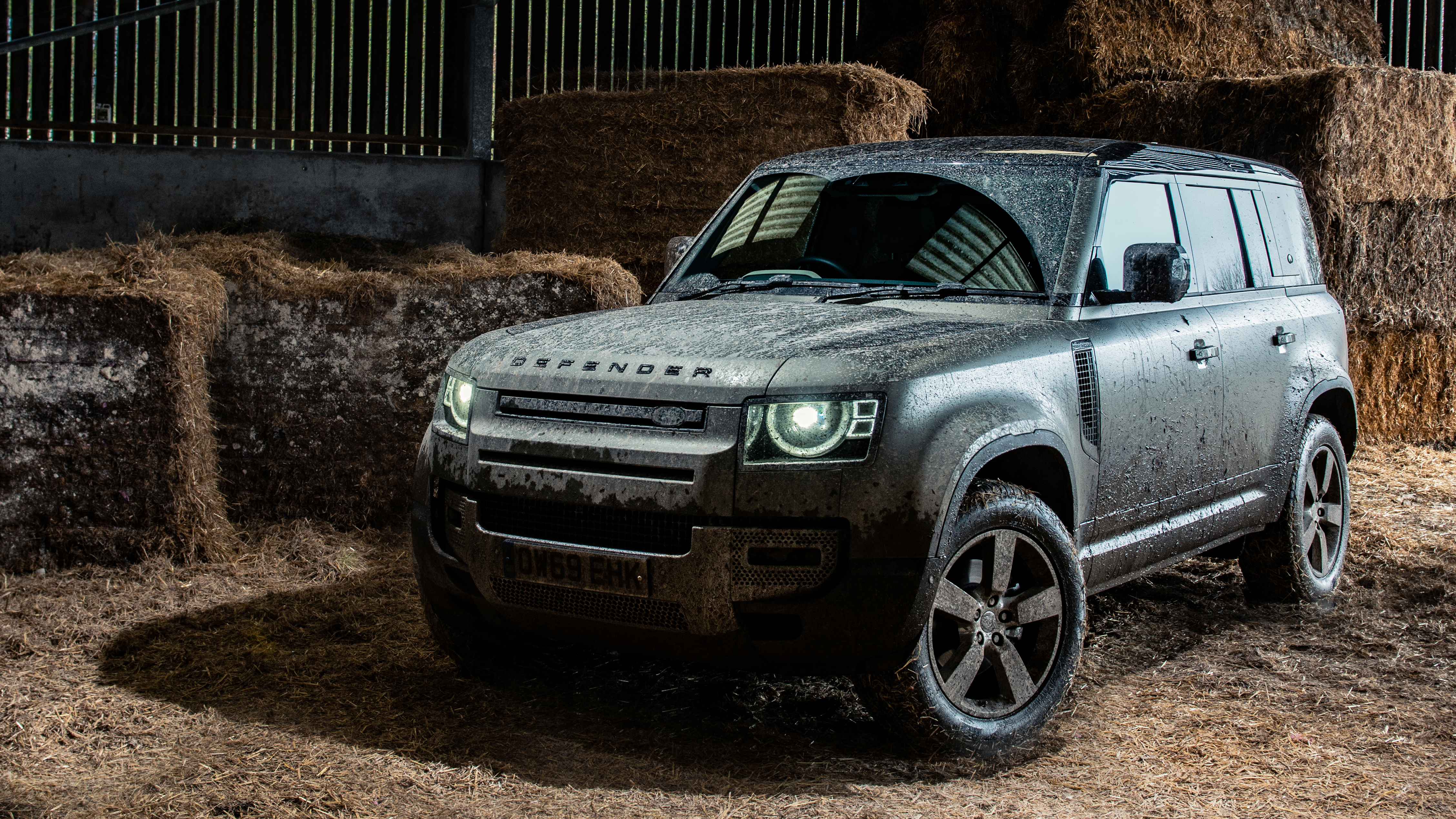 Drinks a bit, inevitably. Some specs are too posh and high-spec to be true workhorses

The new Land Rover Defender has a mountain to climb. Yeah, a real mountain, of course, because awesome off-road ability is an absolute necessity. But also a metaphorical mountain. It's got to replace the old one. A vehicle that was very widely adored, for the exact same reasons it was almost impossible to justify buying.

It was basically a tool. Its ability to survive harsh and brutal conditions meant it was, frankly, itself far too harsh and brutal to be taken seriously as an everyday vehicle for most people.

So the new one has to be as capable off-road as the old one. And it has to evoke the old one's heritage, which is why it looks the way it does. Those two things were probably quite difficult, but if anyone could succeed, Land Rover's engineers and designers would.

Beyond that are two much harder questions. The ones that are the gateway to it being adored like the old one was. If it drives well and is comfy, will it get accused of blandness? And if it's smart and sophisticated, will it have abandoned the customers who made its heritage so authentic – the rescue services, the utilities, the true adventurers?

BLIMEY. ANYTHING ELSE I NEED TO KNOW?

Well, to try to keep the utility buyers on-side, Land Rover released a Hard Top commercial version a few months after the passenger versions went on sale – farmers, click here for that review. Here, we're focusing on the more practical long-wheelbase 110 passenger version, but you can also have a three-door short wheelbase 90 – if you’re all about style over substance, you’ll be wanting to click here for that review. Oh, and if fully-loaded but frequent short journeys are more your thing, there’s also a 110 plug-in hybrid that manages 27 miles of electric-only range – eco-conscious Defender shoppers, click here for that.

IT CERTAINLY LOOKS THE PART...

The exterior design is, we think, masterful. It invokes the old one yet it's completely modern. The boxiness is just right for a hardcore 4x4 SUV. It doesn't only eke out the maximum carrying space, it also helps when you're driving between obstacles because you know where the bodywork begins and ends. The short overhangs help off-road with impressive approach and departure angles (38 and 40 degrees respectively for the 110). But it's also subtly curved, not flat sided. Flat panels look makeshift and go wavy. The new Defender's curves look smart and solid. Who’d have thought that little panel that breaks up the rear windows would be so controversial, though…

The bodywork is structural – the chassis being an all-new aluminium monocoque rather than the old ladder on frame construction. The whole shell is immensely strong. So's the suspension it rides on. It shares principles with the Discovery's, but few parts. Almost everything is tougher. The Defender 110 has air suspension as standard too (you can have coil springs on lower spec 90s), which adds to the off-road ground clearance and helps with the mega wading ability of 900mm. Click these blue words to drink in the details of the Defender’s capability and tech.

Oh, and if you’re less fussed about heading off-road and just fancy something silly before we all end up driving EVs, Land Rover has also caved to public pressure and stuck its trusty supercharged 5.0-litre V8 in both the 90 and the 110. It’s bonkers and we love it – click here to find out why. 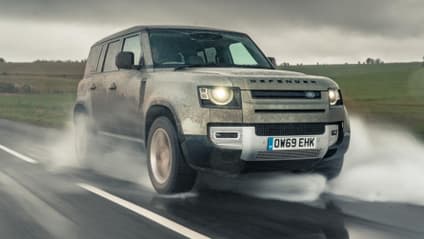 “If you can make use of it, there's nothing to match it”

One in a hundred, one in a thousand, who knows? But once in a while, out of all the people buying Land Rover's vehicles, there will be someone who has the intention of using it to the max. For the other 99 or 999, not so. The firm's entire success has been founded on making vehicles that are so capable they go well beyond the normal needs of the buyers.

The Defender is the pinnacle of that. Who are the one in a thousand? A few adventure crews. Some deep-country folk of unusual prosperity. And, with the Commercial version, such noble entities as coastguards, electricity supply workers and rescue crews.

But the new Defender – particularly the 110 – also exceeds as a family car with a deep and wide backstory. It just makes you feel adventurous. And when you do use its ability – as an off-roader, a snowy-roader, a towing roader – it'd feel immensely reassuring. It'll carry mountains of kit, and shrug off the dirt and wet. Or, if you’ve bought the V8 110, it’ll swallow all of your belongings and children, then fire them cross-country with great pace and drama.

Those same qualities of versatility and ruggedness are equally handy even if you just take a bunch of unruly kids to school, the shops, the sports ground. Families wreck the insides of posh cars. This one resists wrecking.

And the amazing thing is how well it drives. It's stately and dignified and feels good.

We usually recommend 4WD estate cars over expensive crossovers, because there's not much a crossover can do that an estate can't. But the Defender isn't a crossover and skittles that argument. If you can make use of it, there's nothing to match it. 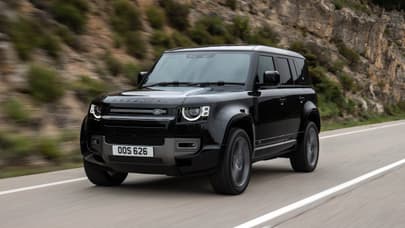 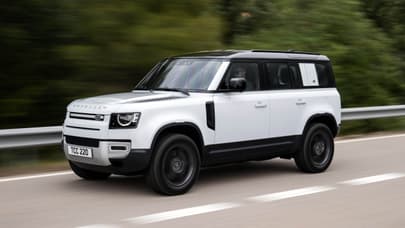 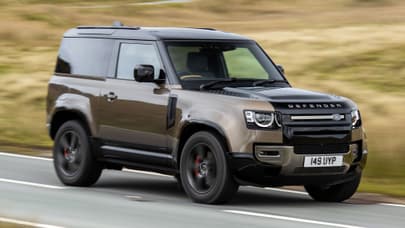