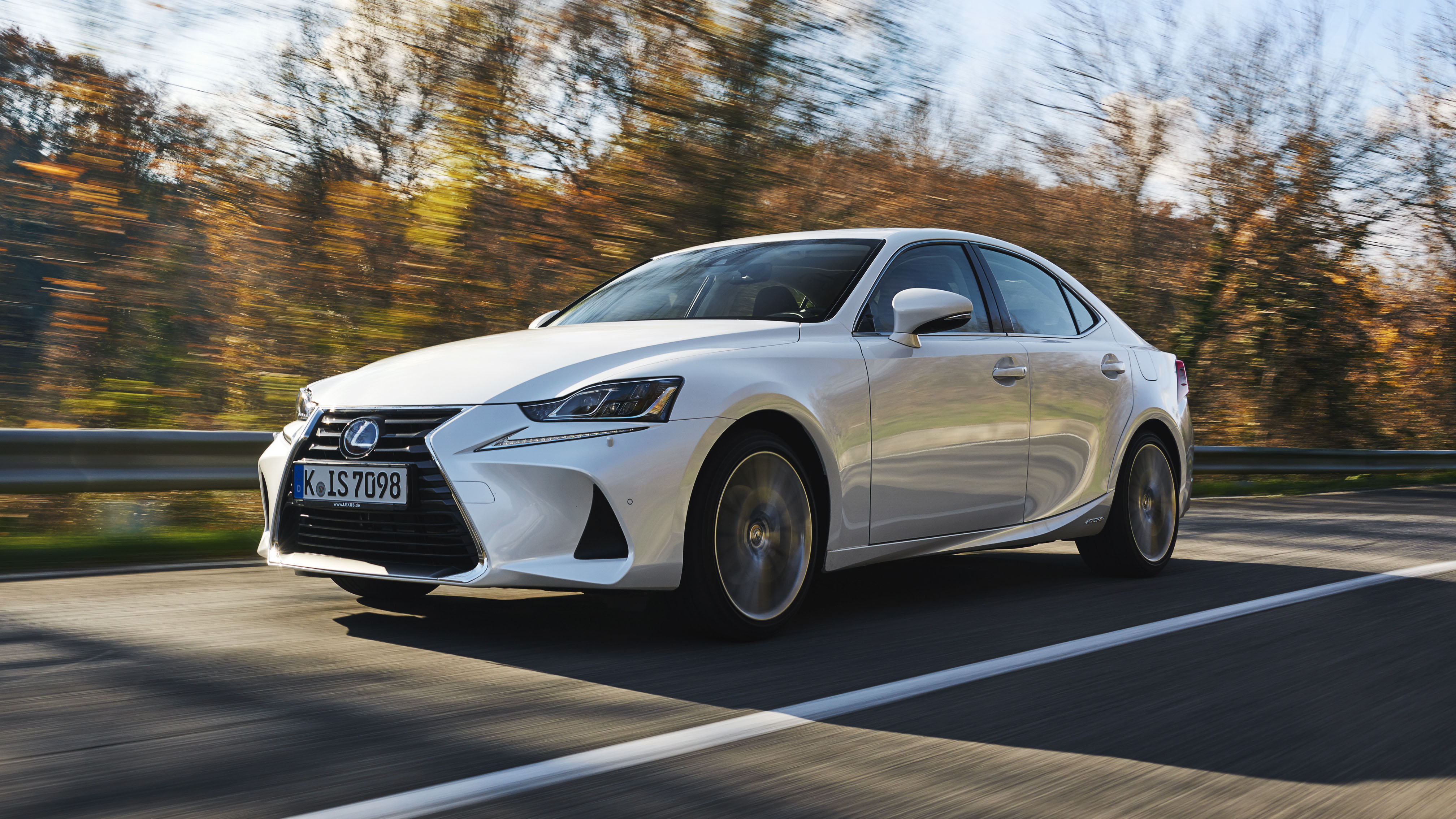 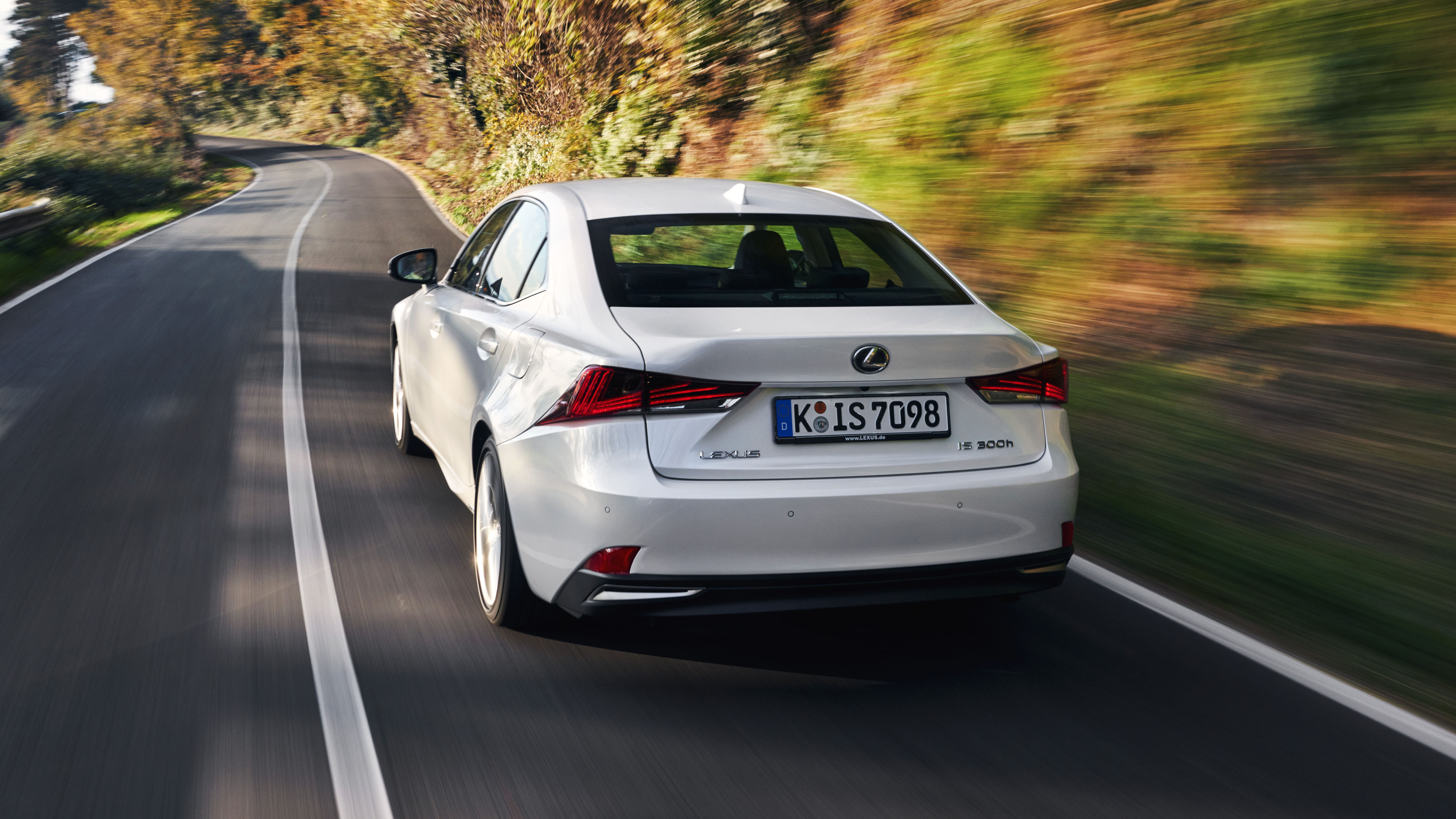 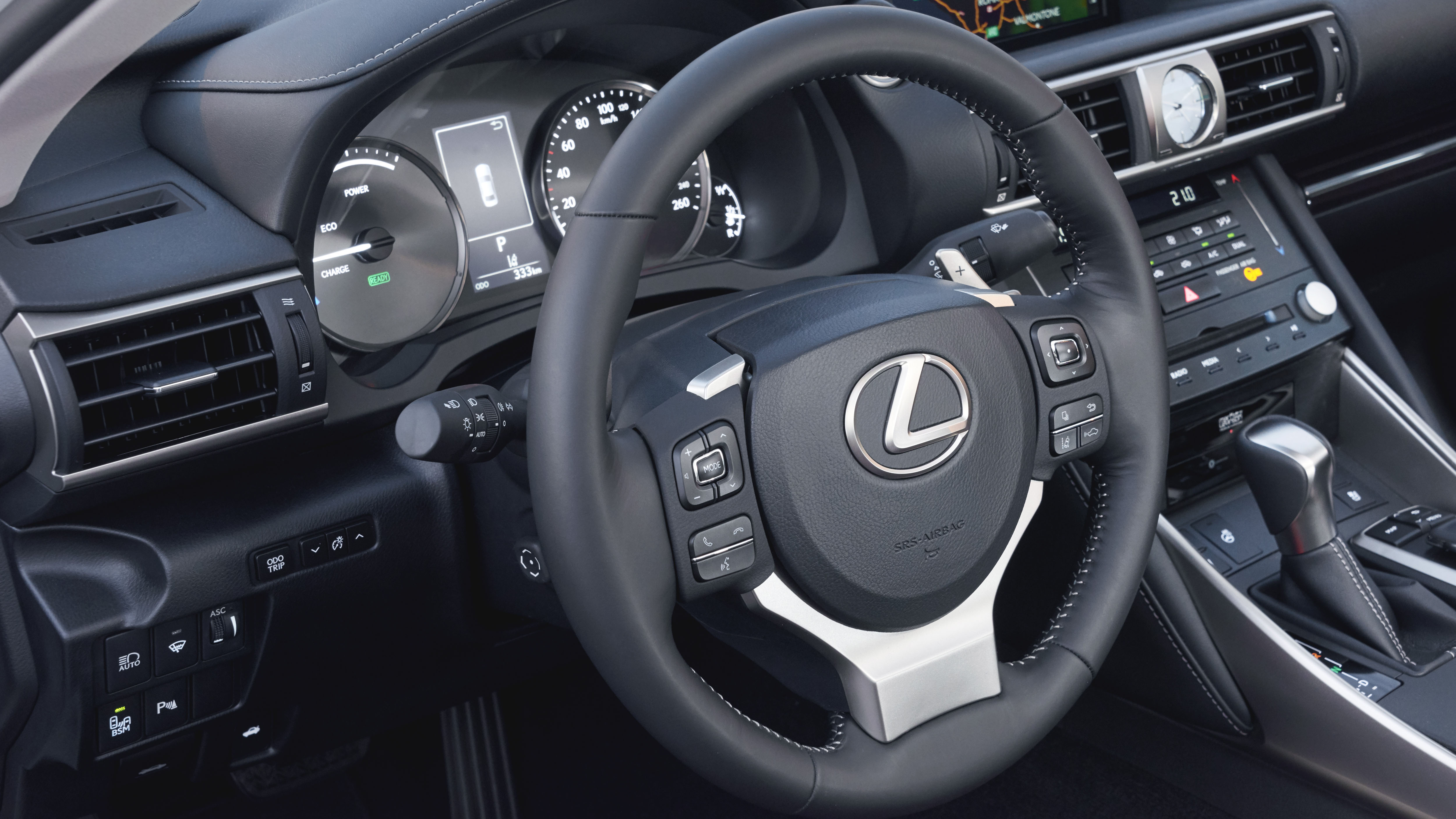 1 / 10
Advertisement
“Every Lexus trait wrapped up in a tight 3 Series sized package. Superb design, forgettable to drive, probably quite nice to own. ”

Exquisite design inside and out, rarity, the low-CO2 hybrid makes fleet buyer sense.

Infiniti aside, the weakest in its class to drive. Too much road and wind noise.

The Lexus IS, um, is everything Lexus has learned about building smartly finished and very polite luxury saloons distilled into a £25k-ish, sports-saloon sized package. As such, it fights the big three Germans: the Audi A4, BMW 3 Series and Mercedes-Benz C-Class, and must see off bothersome upstarts in the shape of the Jaguar XE, and on a very rare occasion, the Infiniti Q50. You might think it’s quite rare. Compared to the Germans, it’s a hen’s molar. But since its introduction in 1999, one million have found homes worldwide, and the sales are swelling with every generation. Clearly then, the IS has a foothold in this hotly contested market and must therefore be scrutinised under the Top Gear microscope.

The main reason the IS has managed to attain thorn-in-German-side status comes down to one word: hybrid. While the lion’s share of this market is ruled by 2.0-litre turbodiesel powertrains (Lexus offers no such thing), the IS can be specced as an IS 300h, which comprises a 2.5-litre petrol engine and an electric motor. It’s far from the world’s most sophisticated hybrid, but on the combined cycle, it returns 97g/km of CO2 when you spec the baby 16in wheels. And that means it’s a godsend for fleet buyers. Ninety per cent of IS-kind is the hybrid, with the conventional petrol turbo version mopping up the handful of other sales.

There’s no performance version to rival the BMW M3 or Alfa Romeo Giulia Quadrifoglio. The old 5.0-litre V8 IS-F was morphed into the new two-door RC F coupe, as hot saloons aren’t really favoured over slinkier coupes when it comes to £60k, 450bhp flagships. But you can spec F Sport trim, which 20 per cent of buyers do, if you’re prepared to sacrifice a few grammes of CO2 for bigger wheels – 18s, as standard – plus bigger air intakes and sports seats inside. No car gives you more grille for your money. 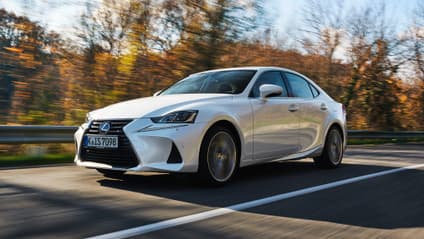 “Every Lexus trait wrapped up in a tight 3 Series sized package. Superb design, forgettable to drive, probably quite nice to own.”

Many flaws blight the IS, from cabin idiosyncrasies to the lack of a truly dynamic powertrain, but its force of will to be different allied to its extremely handsome bodywork makes it a difficult car not to like.

The IS200t remains the irrelevance, because it’s neither truly sorted nor engaging to drive nor economical enough to make a dent in the fleet market. So our money, reluctantly in view of that e-CVT annoyance, would go on the IS300h hybrid, if only to beat the taxman.

What can’t be discounted is that it’s a beautifully built machine that on Lexus’s current record, will be a delight to own, painless and fuss-free, and if that’s how you like your motoring instead of the last word in rear-drive helmsmithery pedigree in this class, then the IS has earned it fourth place in this class. 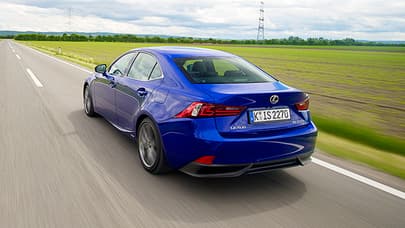 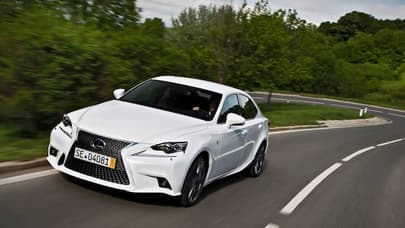 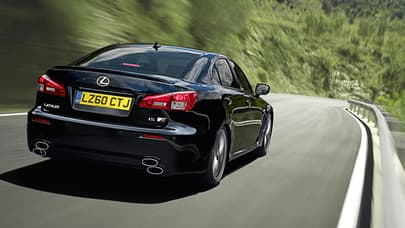