Mercedes S580e review: the best S-Class is now this plug-in 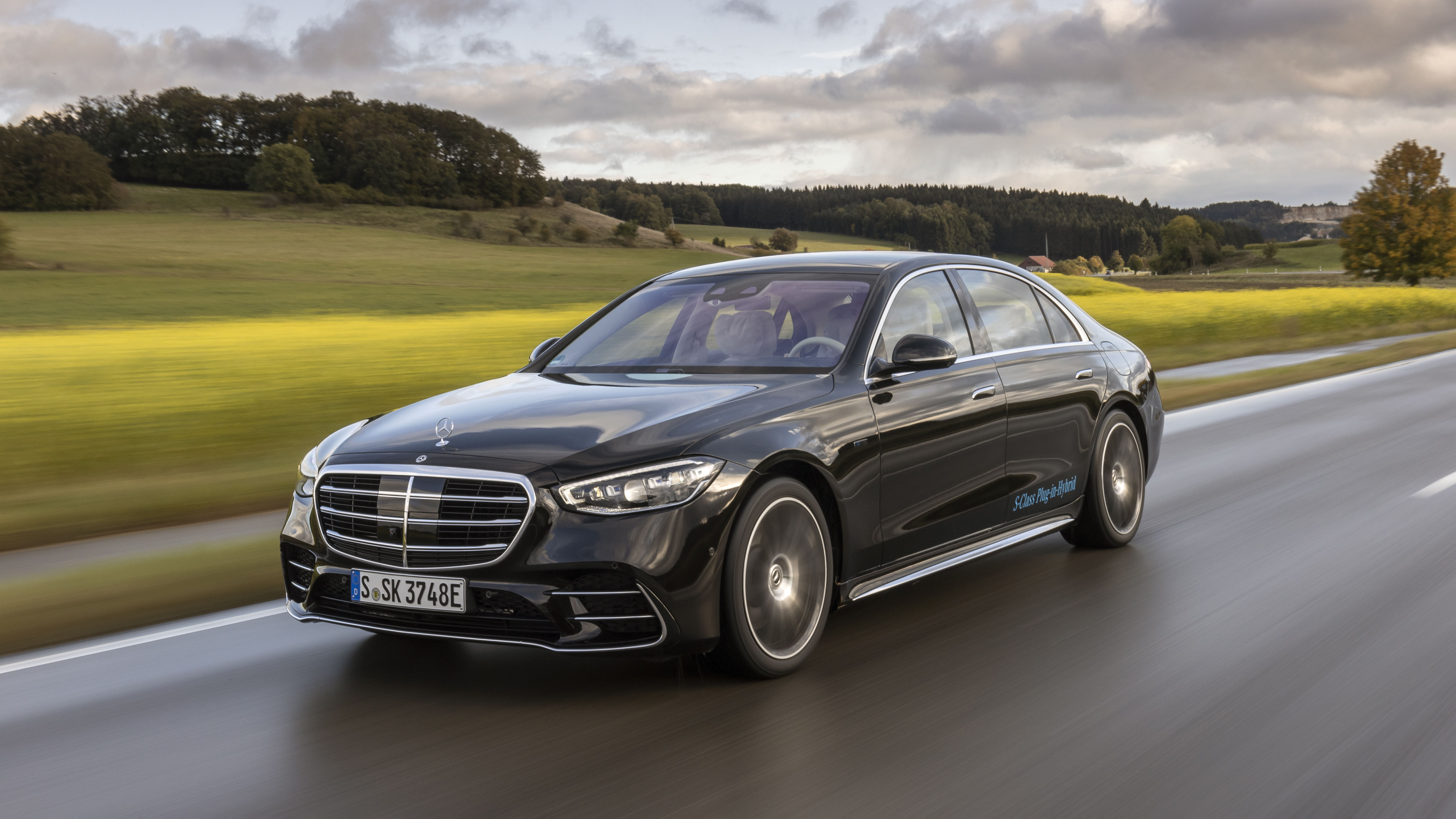 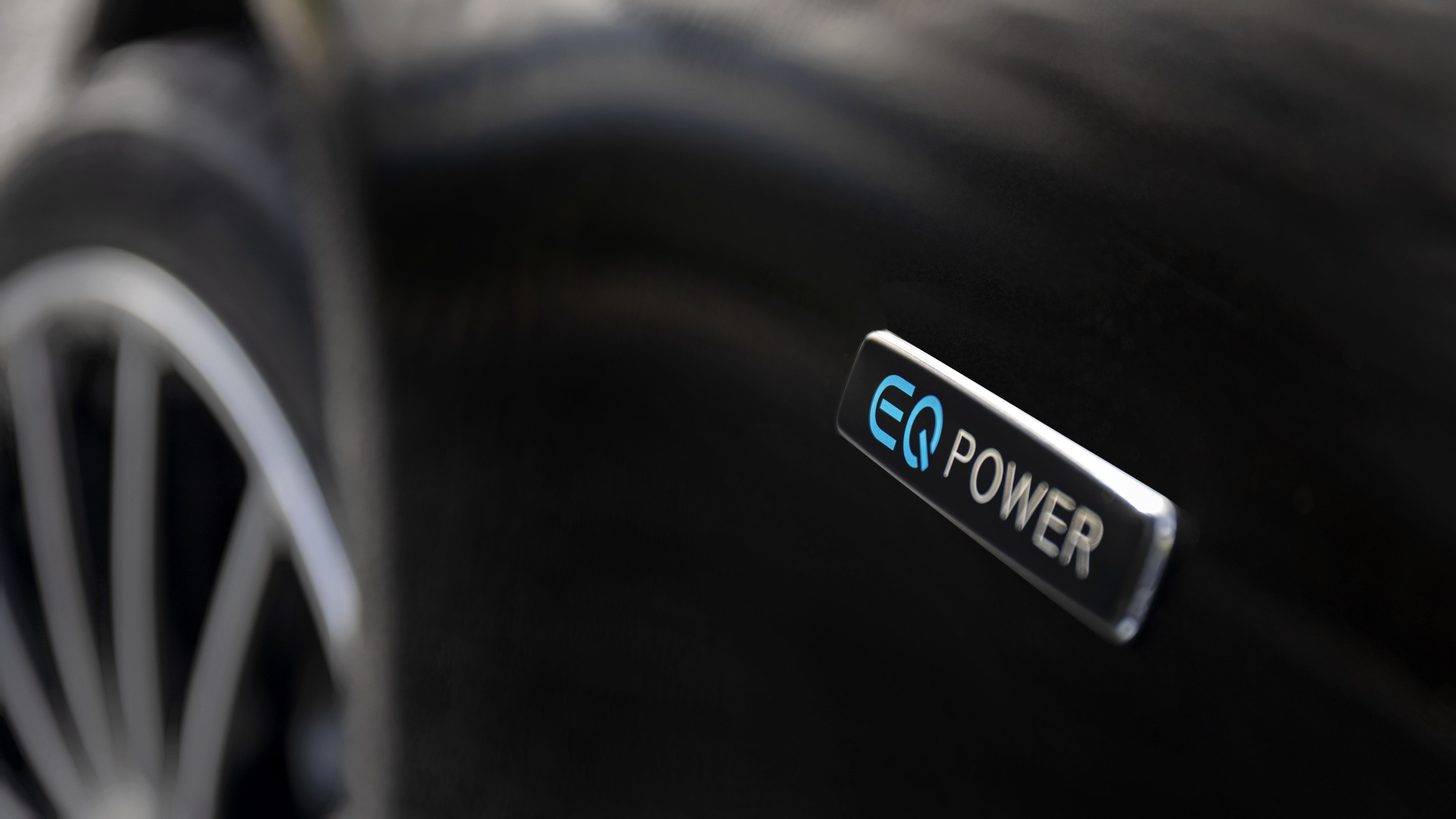 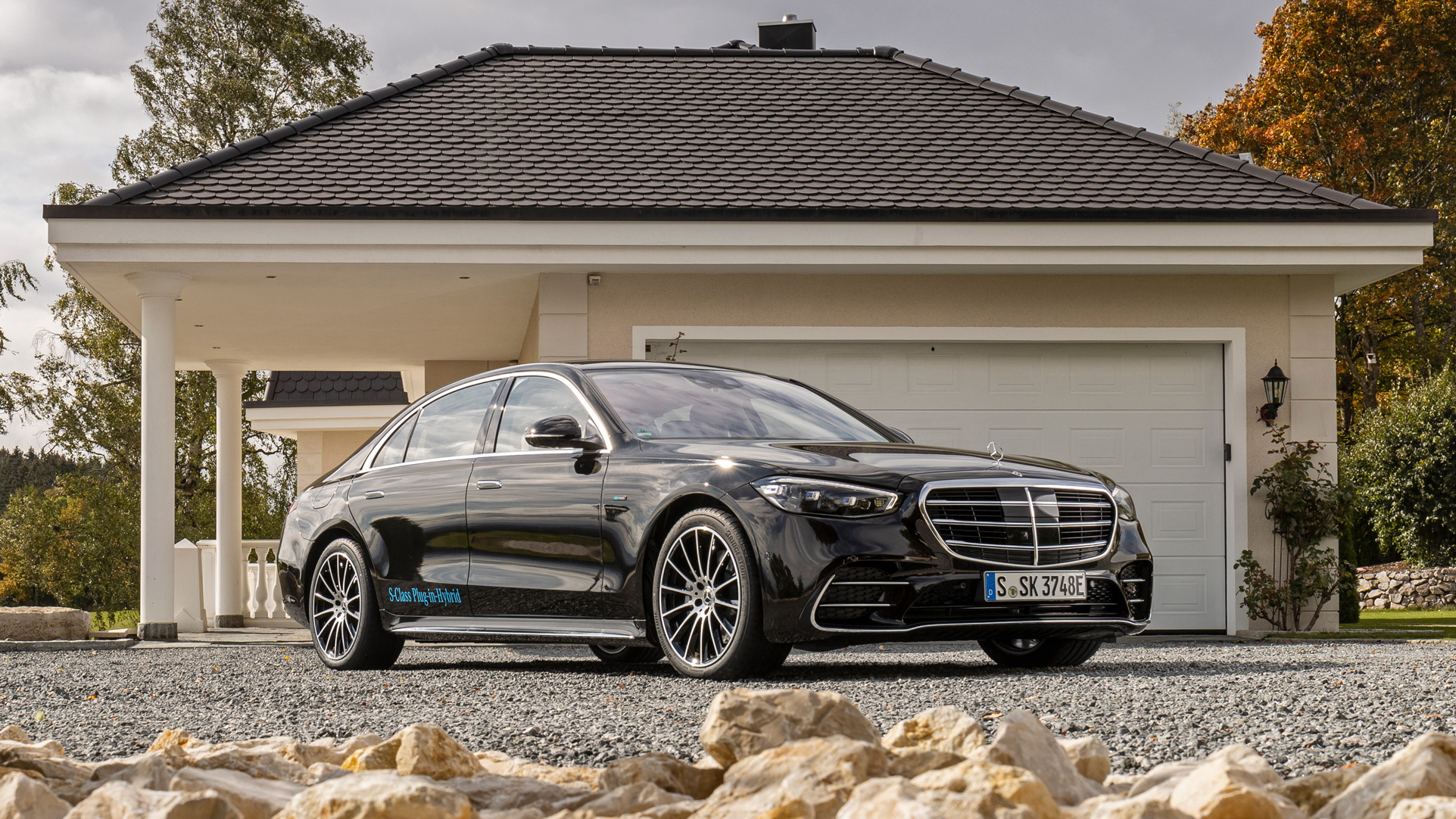 What’s this, an electric S-Class?

An electrified S-Class. If you want full electric, you’ll need the EQS. This one’s for the chauffeured plutocrat.

Like they care about climate change. Send in the V12!

Not going to happen. No V12s any more, not even a V8 at present. Quite the state of affairs. Currently this S580e is the most powerful version available, and it sports the same turbocharged 3.0-litre straight six as the S500. An AMG S63 version is expected later this year, but that’ll be a plug-in hybrid too, albeit using electric to offset the baser instincts of the 4.0-litre twin turbo V8. Similar set-up to the forthcoming GT63 S E Performance, we’d assume.

Got distracted by performance there, didn’t you?

Yeah, which is not what this version is about. This is the tax dodger’s S-Class – a claimed 18g/km of CO2 and 353.1mpg on the WLTP economy cycle. And yes, you can scoff about those figures, because the truth is this does infinity miles per gallon. Or 30 miles per gallon. You choose. Because this is a plug-in hybrid with genuine electric range. Merc says 63 miles, we say 45, but either way it’s enough to be genuinely usable, and that’s not something that can be said of almost all other hybrids.

But there are other hybrid luxury saloons aren’t there?

Everyone’s got one. BMW has the 745e, Audi the A8 60 TFSI e and there’s also Bentley’s Flying Spur Hybrid. But all of them are hamstrung by small range (20 miles tops) and slow charging – they look and feel like a tax dodge or a guilt sponge for buyers.

The S580e’s 28.6kWh battery is literally twice the size of the Bentley’s, and it permits fast charging, so rather than the max 7kW charge speed of its rivals, here it can hose in on a DC fast charger (it’s rivals only have AC chargers) at 60kW, meaning a 10-80 per cent charge takes 20 minutes. Not that fast in pure EV terms (they’re up around the 350kW rate) but easily enough to make a difference.

How fast is it on electric?

This is you getting distracted by performance now, isn’t it? To answer your question: not much faster than its rivals. The BMW is the biggest weakling, just 111bhp from its e-motor, where the Merc has 150bhp. But this is a 2,385kg car. Acceleration is fine low down, but once up past 60mph you’ll be searching for more pace.

Which the S580e quickly delivers. There’s a clear delineation point in the throttle and when you push past that the straight six fires up in about the same amount of time it takes a gearbox to kickdown, and then you have more than enough poke. The combined thrust is 503bhp and 553lb ft, giving the limo a 5.2secs 0-62mph sprint. But we need to move on from speed, because that’s not the story here. What’s more interesting and important is that this is one of the very best hybrids on sale today.

That’s fighting talk. What makes it so good then?

It’s the integration of the systems and how it melds petrol and electric that’s next level. OK, it’s not much beyond what the Polestar 1 has been offering for the past three years, but compared to pretty much every other hybrid out there, which always come across as petrol cars that’ve had a small measure of electric added, with the benefits only being on paper and rarely in the real world, this is a big step.

For starters there’s proper regenerative braking. And it’s operated by the paddles behind the wheel. Which at no stage function to change gear. This is a luxury limo, they’re not needed for that. Instead there’s a ‘+’ setting which delivers insanely good, almost inertia free coasting (heavy weight combined with slippery aero helps hugely), a middle setting with light retardation, and a ‘-‘ mode with heavy regen. Or just pull and hold a paddle for ‘auto’ and let it get on with it. On the whole it makes good decisions, although the braking can occasionally be jerky.

This is all blended with the semi-autonomous drive functions. If the radar cruise and lane keep sense a car ahead, they’ll shut the engine off, and use regen to slow the car. This intelligent combining of power sources, plus the fact there’s a decent sized battery to call on, means the S580e actually works in the real world.

I drove it to Milton Keynes on a 90 minute, 75 mile route with a good mix of multi-lane, single and urban roads. Fully charged when it left home (slightly later than I’d planned…) it averaged 58mpg. It would have been well over 60mpg, perhaps 70mpg if I’d, er, taken it easier on the A34 and M40. On the way home, with the battery already empty, the figure was 32mpg. Which is still decent considering I struggled to get 28mpg from the Bentley Flying Spur Hybrid on a light-footed drive across Iceland a few months ago.

So unless you’re doing massive trans-continental drives, this is tech that’ll make a genuine difference to your fuel consumption. It doesn’t feel like you’re just towing a battery around, it feels like it’s earning its keep. The handovers are surreptitious, the manners always dignified, it’s a fabulously well engineered and developed car.

Are there any drawbacks?

As I touched on earlier, the braking can be a bit inconsistent if you let the car take over. You’ll do it better yourself. The engine, if you do indulge it, isn’t quite as hushed as it should be. Given it’s a straight six, I thought it would be smoother, but then again maybe that’s just because it produces some sound, when nothing else on the S-Class does. Apart from the Burmester sound system.

The boot is also noticeably smaller. There’s no compromise on passenger comfort obviously, but the boot floor is now higher, and carrying capacity has dropped from 580 litres to 535.

It is, of course, ludicrously complicated, but despite the sheer range of options available through the screens, it’s easy to navigate your way around. Same goes for the driving modes. You can lock it in EV only and a bunch of other stuff, but auto always manages to do what you need. If you want more on the S-Class itself, navigate yourself this way, or if you’re still thinking a diesel S is the way to go, have a look here at the S400d .

But the diesel must be cheaper?

It is, by about £10 grand. This starts at £104,490. And yeah, that’s a chunk more money than the other German marques ask for their hybrid limos. But the S-Class has always been the class benchmark. It is as a standard petrol and diesel, and this is now the pick of the range.