Read why you can trust our independent reviews
Jason Barlow
Published: 10 Aug 2022
comments
Skip 18 photos in the image carousel and continue reading 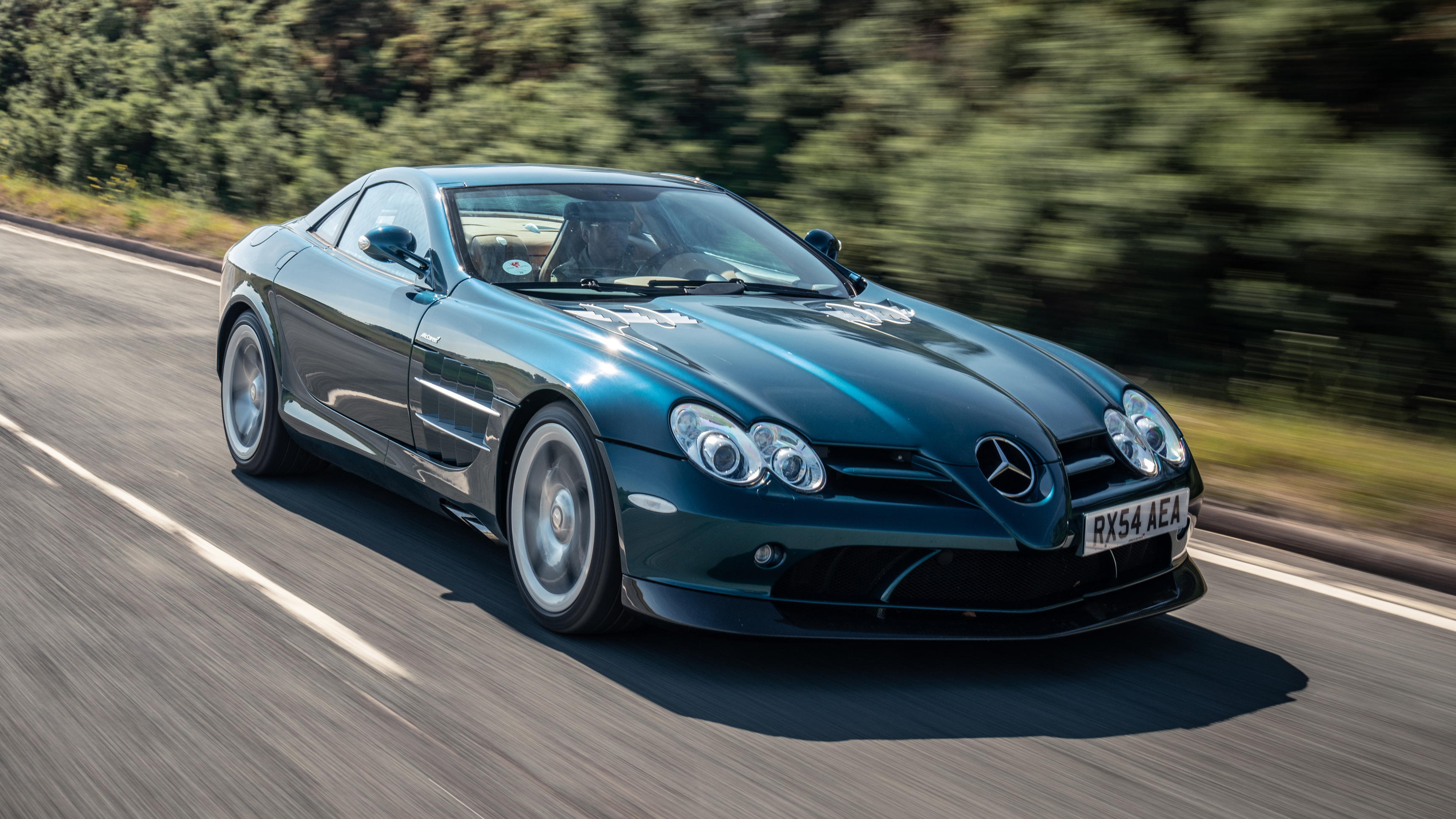 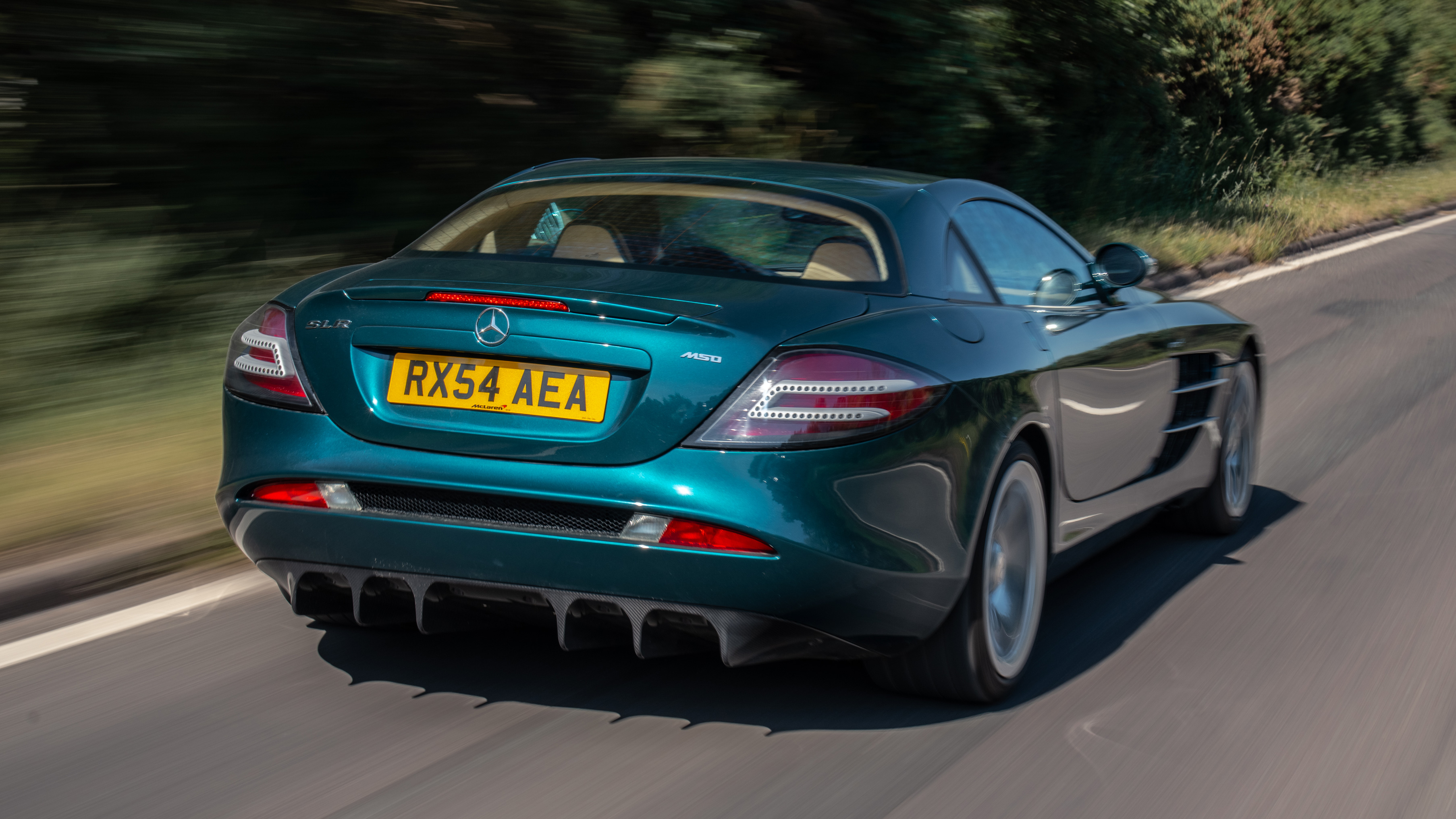 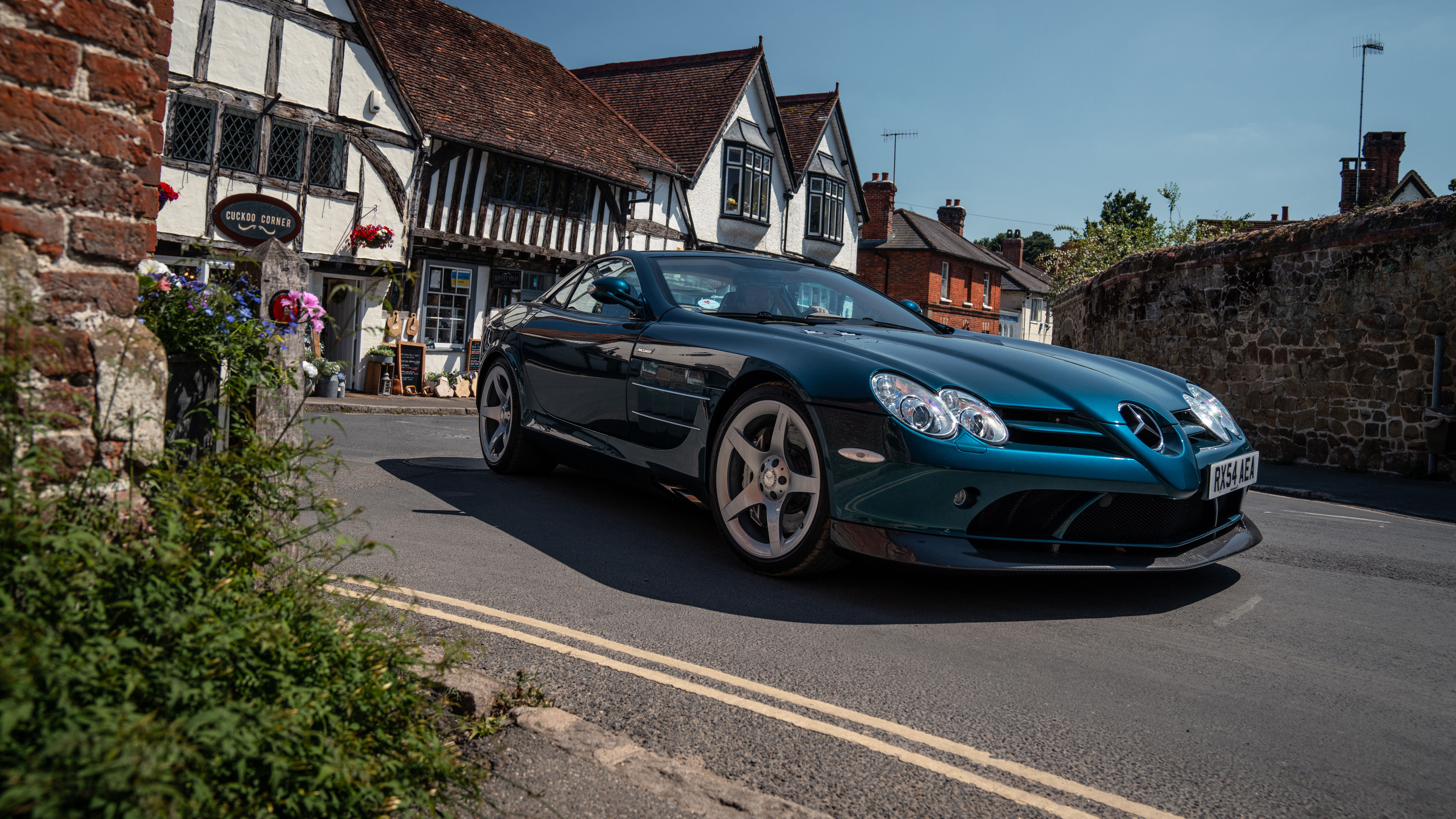 On the cusp, we’d say. The SLR was the offspring of a tempestuous marriage, and appeared just as the two parties responsible were preparing to divorce. Mercedes wanted to stick close to its late Nineties Vision SLR concept and deliver some kind of Marvel Comics-style Super GT. McLaren was following the F1, an impossible feat, although no-one ever described the SLR as its successor. That would have been silly.

Even so, Gordon Murray insisted on a fully flat underfloor which is why the SLR has that eye-catching side-exit exhaust. And he demanded 50/50 weight distribution, forcing the 5.4-litre, supercharged V8 into a front mid-engined configuration that elongated the car’s shape.

So it was compromised?

Let’s just say there were some differences of opinion. Remember also that the SLR was launched into a supercar world that had recently been rearranged by the race-bred likes of the Ferrari Enzo and Porsche Carrera GT, and a wild-looking rocketship from a new Italian outfit called Pagani (and the Zonda was Mercedes-powered, too). They all out-handled the SLR, despite its carbon fibre chassis and structural rigidity, and road testers at the time took issue with the tricky brakes, hyperactive steering, and the SLR’s generally confrontational character.

Sounds like it was hard to get along with.

We always had a thing for the McMerc SLR, a defiantly analogue machine just as the digital era was dawning. And it’s that very idea that now presents McLaren’s Special Operations (MSO) with an opportunity. Remember these guys? MSO has oversight on the world’s billion-pound F1 population, as well as developing various outrageous one-offs (the X-1 and the X, among others).

But it also has major history with the SLR: various members of the MSO team were core to the SLR’s development and manufacture back in the day, so they know the thing inside out, and MSO’s special run-out edition of the car back in 2009 kind of sowed the seeds for this one. Plus, owners are now asking if MSO could infuse some current McLaren engineering nous into the SLR.

“SLR owners are hugely passionate about their cars,” says McLaren’s heritage manager Tom Reinhold, who’s also the de facto creative and business force behind this MSO diversification. “They won’t just have one, they’ll typically have three or four. So at least one of those cars has been sent to us to have work done. Some might have owned an SLR in the past, sold it, and now want it back, because it’s a very loveable car. And then there are the people who might have an original 300 SL Gullwing and an SLS, and want to complete the trilogy.”

SLR owners can choose from a McMenu of alterations and upgrades that run the gamut of the car. We’re talking a comprehensive aerodynamics package, a suspension overhaul, a new exhaust, a new and more efficient intercooler, new wheels, new colours (the SLR’s carbon body was notoriously difficult to paint) and a completely retrimmed interior. The Mercedes SLR McLaren is coming in from the cold, just as it qualifies for ‘retro’ status. Go all-in and you’re looking at £120k-plus of upgrades on top of the car’s current value (circa £250k), excluding VAT.

No cost of living crisis here, then. Is it worth it?

Depends on how you feel about the SLR. But let us ask you this: when did you last see one? Its proportions are crazy, but time and fashion might finally have aligned: this looks totally like the villain’s car in an upcoming $200m Netflix dystopian future fantasy. The doors arc up in an almost-but-not-quite gullwing fashion and you climb in over chunky sills. There’s gorgeous box-weave carpet, woven piping on the seats and a warmer, less technical atmosphere than before.

That cliff-face of a centre console houses rotary controls for the powertrain and a big horizontal switch for the air brake. Never mind the similarity to a contemporary Merc SL, the climate controls and switchgear are the same as you’d find in a 1999 Mercedes C200. MSO is working on incorporating Apple CarPlay but the old-school radio in this test car doesn’t actually work.

Whaaat? No music or podcasts or Just A Minute to listen to?

It’s not a problem. Sonic satisfaction is on tap. The SLR’s supercharged V8 and MSO’s new ceramic coated exhaust system render any other form of propulsion or noise irrelevant. It’s 30kg lighter than the standard set-up, and a new intake helps liberate approximately 15bhp extra (for about 640bhp overall).

Always welcome but not the heart of the story here, not when there’s so much torque and thunder. Go for the switchable bypass valve – there’s a little ‘ff’ for ‘fortissimo’ button nestled in the sill by the door release – and the result is unquestionably one of the greatest-sounding motor cars ever made.

Just easing out of Woking and onto the M25 on a sliver of throttle is a treat, the SLR gurgling and burbling like some prime slab of Sixties American muscle car. Through the tunnels of the northbound clockwise stretch the sound is monumental, as if a squadron of Spitfires or P51 Mustangs has joined us in bombarding the concrete. It makes that bit of the world’s most annoying motorway worthwhile. You can alter the bass frequency with your right foot, to truly spectacular effect, just by tapping it at 50 or 60mph, never mind with proper throttle load. It’s absolutely extraordinary.

The SLR’s always had a rep for being a bit… twitchy. How is it now?

Well, it was always a good GT long hauler. It was on the narrow, twisty stuff where it mislaid its mojo and tried to sneak up on the driver by doing something unpleasant. The MSO upgrade has a new power steering pump and a third universal joint to eliminate the nervousness that afflicted the original. Sure, no-one is going to mistake it for a BAC Mono, but the alterations mean you can place it on the road with far greater accuracy, even from the left side of the cockpit.

The ride quality has improved too, with new spring rates and dampers, but it’s still a way off the magic conjured by the latest Ferraris, for example. Tom Reinhold says the extensive aero work – new front spoiler, rear diffuser, and guide vanes – deliver a lap time that’s three seconds faster around Dunsfold than the standard car, which is a chunk of time and proof of how effective the mods are. Makes you wonder why they weren’t adopted at the time, though.

An aero-plus package adds louvred wheelarches to vent high pressure air and a large boot flick spoiler. Basically, you can do pretty much what you want, although the biggest scope for change is arguably on the exterior and interior: there’s an SLR in MSO being made over as a tribute to the Mercedes that finished one and two in the 1952 Carrera Panamericana, including a hand-painted leather bonnet buckle and strap, and tartan seat trim.

Sounds fun, if a bit niche. Any problems?

The brakes work but only after breaking the driver out in a cold sweat; Mercedes’ troublesome and much-recalled early Noughties SBC (Sensotronic Brake Control) brake-by-wire was actually abandoned in 2006, but lived on in the SLR and old Maybach.

And the five-speed torque converter auto – the only thing that could cope with the torque – proves how far we’ve come with dual-shift gearboxes, and how much we take their lightning-fast shifts for granted.

Unfortunately so. But the SLR’s flaws partly define it. This is basically a carbon fibre hot rod, and the more you drive it, the more you want to drive it. It’s a challenge in a way that 2022’s hypercars mostly aren’t, and it’s absolutely overflowing with character.

SLRs are hovering around the £250k mark, a comparative steal compared to the admittedly much rarer Ferrari or Porsche (Enzo values are pushing £2m now, a good Carrera GT is north of £1m). The SLR by MSO menu items aren’t cheap – £42k for a repaint, £36,500 for the interior re-trim, £18,695 for the handling package, excluding VAT – and yet owners can and are happily spending more.

Have a footle around on the internet at Ferrari Enzos and look at how few of them have ever even turned a wheel. We’re talking tiny mileages here, on cars that have become too valuable to be used. The SLR is a car you can actually drive the hell out of, with a big, stupid smile on your face. Now MSO has given it a whole new lease of life.