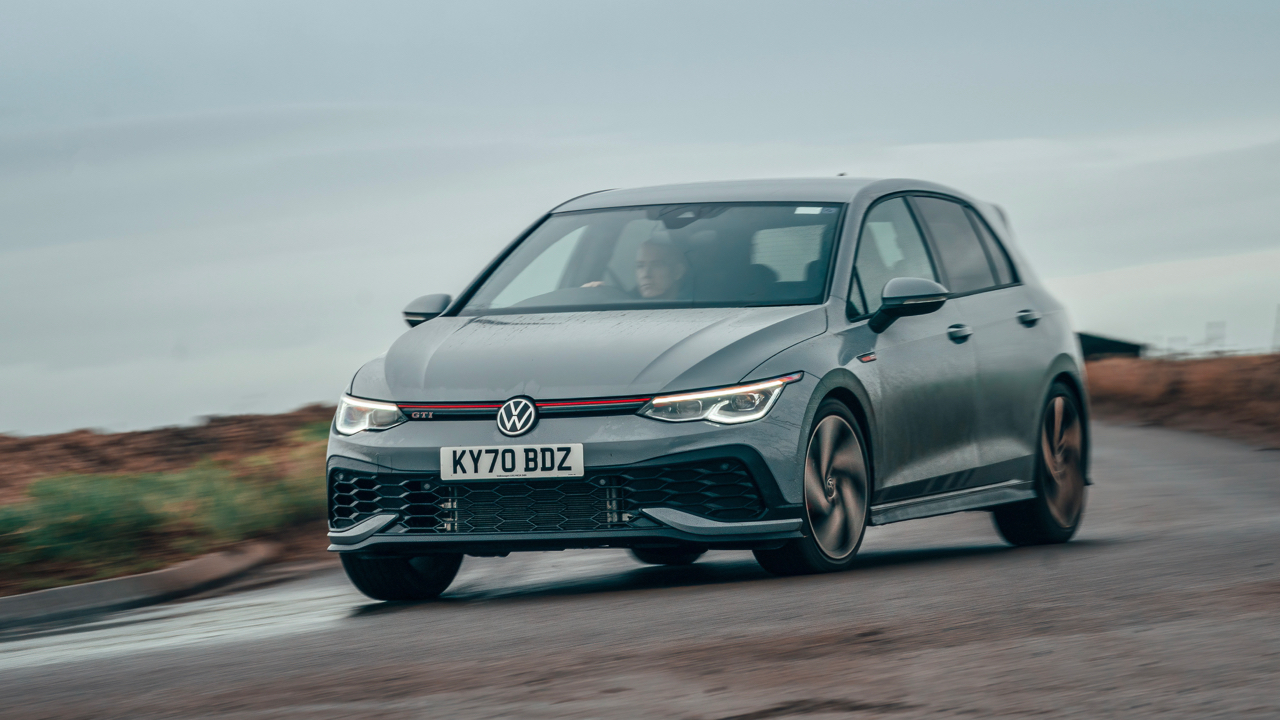 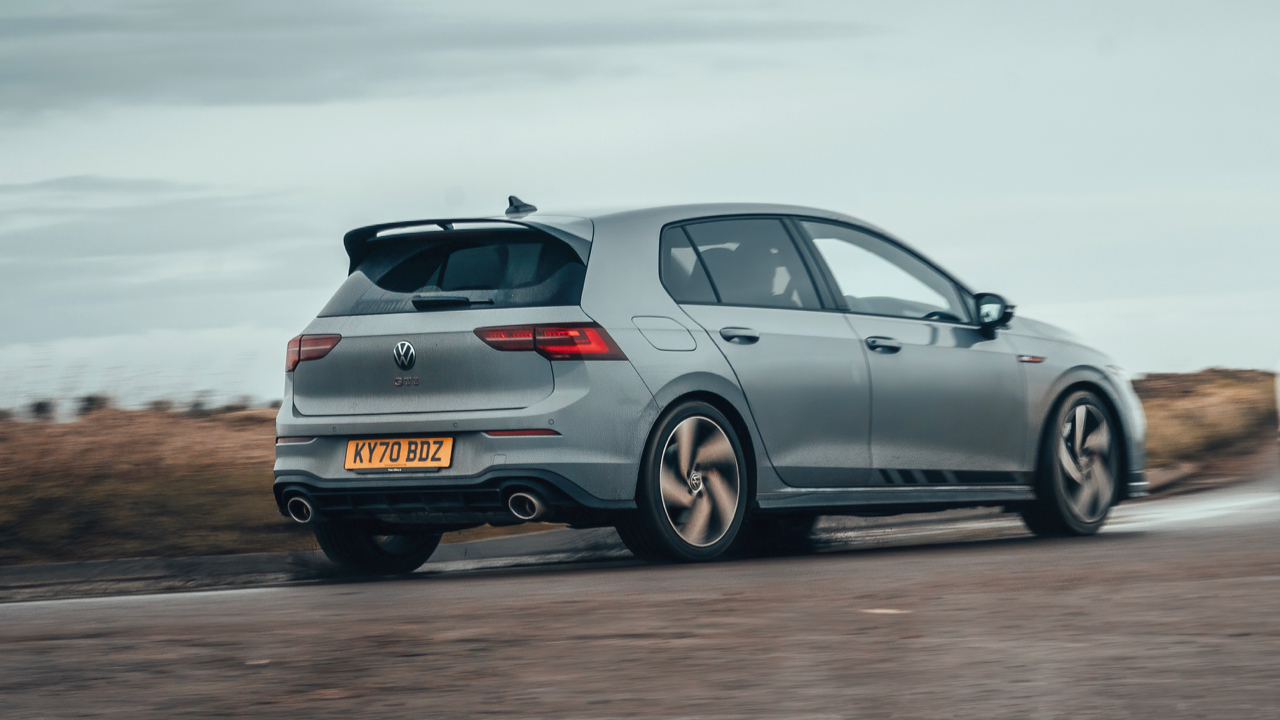 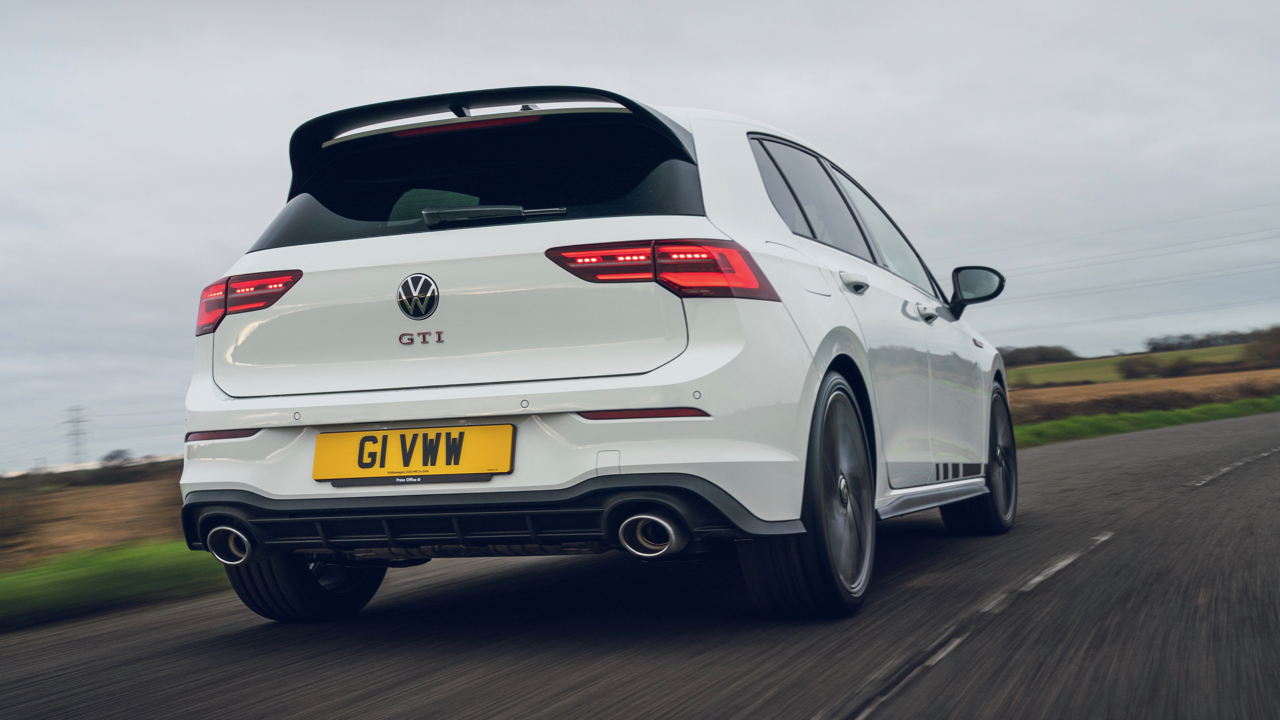 Not just harder, hardest. Yep, this is likely to be as hardcore as the Golf gets. No Clubsport S 'Ring-lapping, two-seat shenanigans this time round. It’s thought that internally VW has decided there’s no point chasing Renault et al down the GT3-esque carbon wheels and brakes route. The cars are getting too extreme. It’s not VW's bag.

Besides, the Golf is five-door only now, which is hardly conducive with fast lap times, and opening a back door on to nothing more than a roll cage and a fire extinguisher is daft – step forward Jaguar’s Project 8. Plus, given this Clubsport model weighs 1,461kg, think of how much they’d have to scrape out to match Renault’s weight saving – the Megane Trophy R is 155kg lighter.

Right, we know what it isn’t, so what is it?

A faster, tighter GTI. That’s it in a nutshell. And that’s important, because so far we’ve been underwhelmed by the standard Golf GTI. Simply put the driving dynamics aren’t captivating enough to overcome the car’s blandness. It just feels like a car that didn’t get the love it was surely owed. And that’s understandable given the Golf GTI is no longer the figurehead hatchback it once was. VW would probably rather sell you a GTE hybrid. Or an ID.3.

So does the Clubsport change that?

Yes. It moves the GTI deeper into hot hatch territory in terms of speed and agility, giving VW a direct rival to the likes of the i30N and Civic Type R. It’s a move that will ultimately give the Golf range a presence in all the key hot hatch niches, with the standard GTI taking on the Focus ST and BMW 128ti, while the forthcoming 4WD Golf R gets to battle the Audi S3 and Merc-AMG A35.

Talk us through it then.

Let’s start with what it hasn’t got. A Clubsport badge anywhere to be seen. And the standard wheels are the same 18s fitted to the regular GTI. You’ll be needing the 19s, then. Because telling this apart is not easy. OK, so now I look at it, the front bumper is edgier and has bigger openings, but would I have spotted the 10mm ride height drop, separated exhaust pipes or fractionally more flared side sills? No I would not. All I could have told you unbidden was that the rear wing had been extended and there were some new covert graphics at sill level.

But none of this, nor the equally minor cabin alterations, really matters. Because under the skin VW has done more than just turn the wick up on the EA888 2.0-litre turbo engine. Which, to start there first, hasn’t just had its ECU massaged, but has also been treated to a new turbo and larger intercooler, giving it more power and torque anywhere above 1,800rpm and overall gains of 54bhp and 22lb ft.

Digging deeper we have a shorter final drive to improve sprinting ability, bigger 357mm brakes that manage to save 600 grams, reconfigured electric steering, new mounts for the wheels and control arms, new damper bearings and hydraulics, more negative camber on the front wheels and stiffer springs – especially at the back. Plus VAQ, a multi-plate clutch pack differential on the front axle. Mechanical, but mainly electronically controlled depending on drive modes and other parameters. There’s also, if you spec the DCC adaptive dampers, a special Nürburgring mode.

Quite a bit going on clearly. Anyone else get the impression this is the car the engineers wanted to develop the whole time?

On the whole very good indeed. Certainly a marked step on from the regular GTI. It’s quicker and sounds better, and although the ride is firmer, it’s also better damped, which means the suspension movements are more controlled. I don’t think you’d want it any stiffer for everyday use, but unlike the two rivals I mentioned above (the Hyundai and Honda), the Golf Clubsport doesn’t suffer from excess NVH. It might be a bit jiggly for the family around town, but when it opens up you haven’t got to put up with tyre roar and tinnitus. It hits a very acceptable balance.

Is it as rewarding as those cars?

Ultimately no. It doesn’t have the Civic’s delicious mechanical connection, nor the i30N’s clarity of communication. But it is close. And it’s a Golf. And if you wouldn’t be seen dead in a Type R and aren’t convinced Hyundai can possibly know what they’re doing (you’re wrong by the way), this is a good avenue to take.

The steering is crisp and accurate, and the front end really does bite into corners and carry speed through them. I’m not completely convinced by the VAQ differential. It tries hard to be as subtle and unobtrusive as possible, but ends up not being tenacious enough when you want it to be. With traction control on, the whole system works harmoniously with just an occasional orange flicker and reined in throttle to trouble you, but slacken the stability control off to Sport mode and the Clubsport becomes scrappier, and rather than tugging you through the corner, the nose runs wide. At least it doesn’t spin up an inside wheel.

Overall I enjoyed it. The ride and handling are about exactly where I’d want them and front end traction is improved enough that I wondered if I’d have this over the forthcoming Golf R. We haven’t driven that yet, but I bet the lighter, front drive Clubsport is every bit as fast as the R in almost all conditions, and presumably a bit sharper overall. It really does enjoy being hustled. Well, the chassis does at least.

That’s not the issue. It delivers plentiful power crisply and immediately. VW says 0-62mph in 5.6secs – the same as the old MkVII GTI TCR that this car essentially replaces. Sod all point venturing much beyond 5,000rpm, but it’s tuneful enough and pleasingly economical. VW says 38.3mpg, I say 33mpg.

It’s the gearbox. The paddles tell you what you need to know: tiny little plastic fingerpads almost entirely hidden behind the wheel spokes. Almost like VW would prefer you not to use them. But you have to, each flick leaving a bad taste in your mouth, because once away from towns or motorways, where the seven-speed twin clutch is proficient, the gearbox makes some odd choices. Too indecisive, too ready to kick up or down, each shift slightly slurred and not popping home with the immediacy you expect. Nor do you have complete control. Even in manual mode it’ll kick down if you push the throttle past the detente point, change up when you hit the redline. Is this a small thing? I don’t think so – it robs the Clubsport of that final impression of being a pure driver’s car. And no, you can't have a manual.

Did your car have the DCC adaptive dampers?

Ah, a key question. No, it didn’t. Without them it’s good, but with the £785 option I do wonder if the Clubsport has more bandwidth. Certainly VW says DCC is designed to work in harmony with various driving modes and the VAQ differential, so it’s altogether possible it might come together better with DCC. Plus you get the ‘Ring mode with more stiffness. Should that matter to you.

VW claims the Clubsport is 13secs faster around the Nordschleife than the regular GTI (7m 54secs plays 8m 07secs) on the same Pilot Sport Cup 2 tyres. Not that those are fitted as standard – our test car was on Bridgestone Potenza S005s. I suspect a Michelin Pilot 4S would suit the Clubsport very well indeed. Team it with 19s. The flat-faced 18s are underwhelming.

How’s the rest of the car?

Oh, you know, kind of infuriating to operate. Clean and simple design when you first get in, but once the screens come to life you feel yourself tense up. It’s not just that VW has abandoned buttons, but that the menu systems, thumb pad tactility and so on are simply harder to get on with than Merc's or BMW's. Lots of technology in there, but fathoming it ain’t easy. Makes the car seem a bit standoffish.