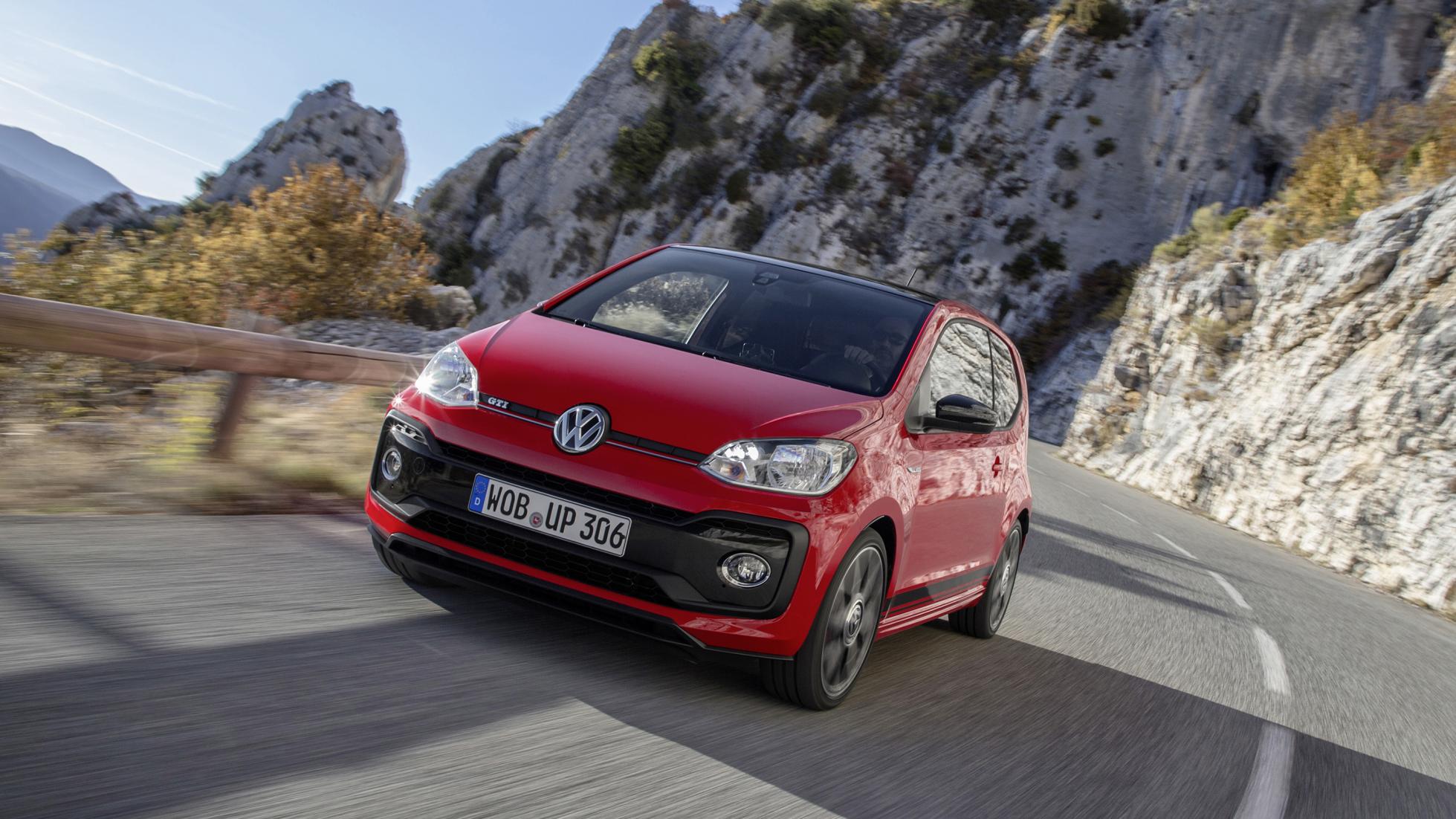 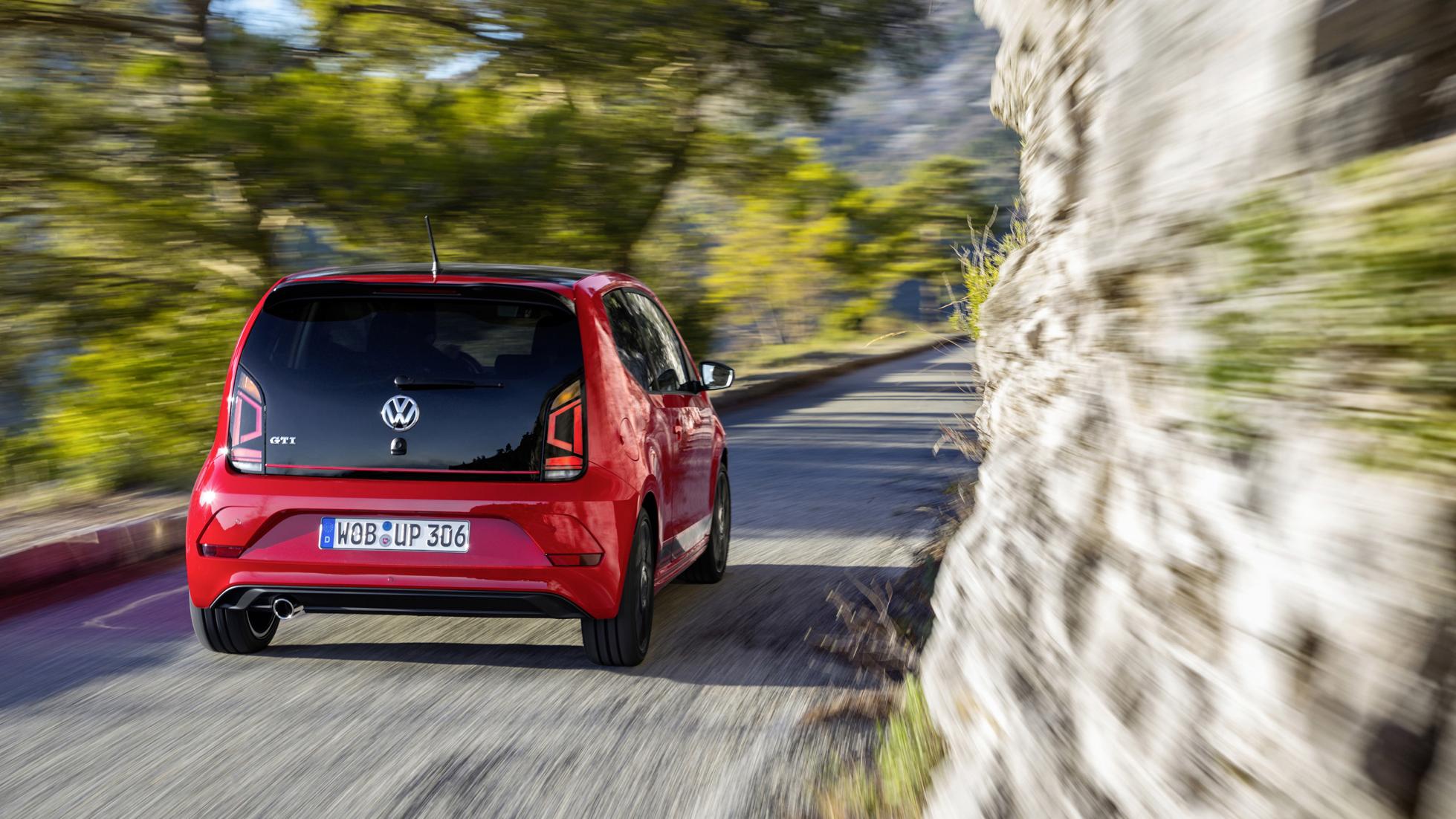 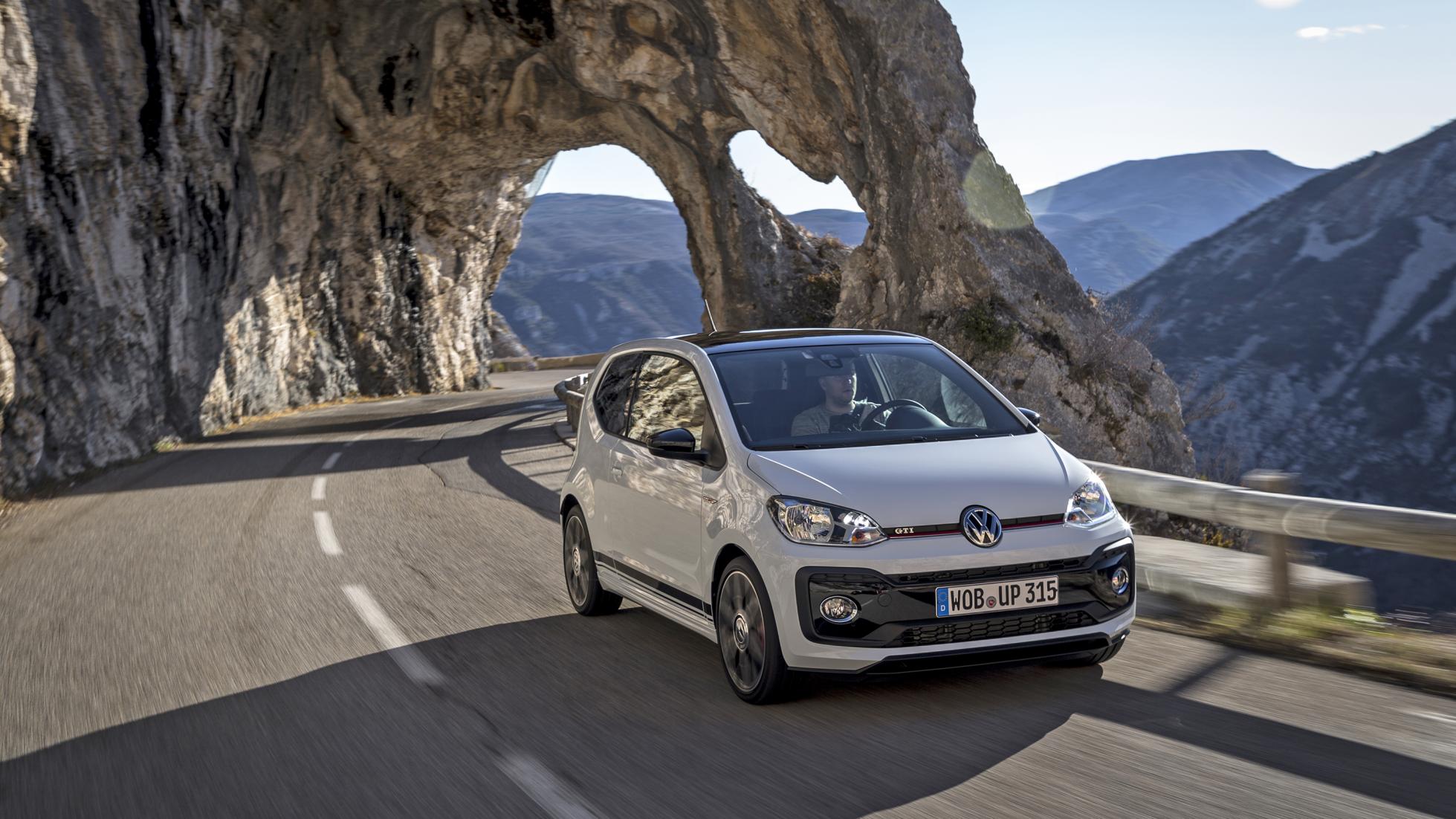 The ride’s crashy and the gearbox gets crunchy when rushed. You might be happier with a regular turbo’d Up

On paper, this is merely a VW city car featuring a lightly turbocharged 113bhp engine pinched from a Polo. Rocket science it ain’t. But the Up GTI is more important than such a clinical summing-up. It has the potential to be a new cult car – to kickstart a new generation’s obsession with hot hatchbacks.

When the Up GTI first went on sale in early 2018, it cost just £13,000. Since then, it’s been off sale for a few months while VW’s constrained supply caught up with demand – and so did the company accountants. As of summer 2020, an Up GTI will set you back £16,140 for an option-free three-door. So, it’s not quite the bargain it once was. Then again, as the Suzuki Swift Sport has lost its way and costs over £20k, the Up GTI is arguably in a class of one anyway.

It's available as a three-door or a five-door, but beyond that there’s little to decide beyond which colour looks best (we’d vote for red or white). There’s no automatic flappy-paddle gearbox on offer, nor adaptive suspension. You don’t even get a Sport driving mode. This is a simple car. A hot hatchback the way they used to be.

The Up GTI has been on plenty of adventures with Top Gear. We pitted one against the other end of the Volkswagen Group’s fast car spectrum – the Bugatti Chiron. It joined us at our 2017 Speed Week extravaganza, and even won our Pocket Rocket of the Year award. Because while the Up GTI isn’t perfect, it’s certainly loveable.

“You can tell it’s not had squillions spent developing it, but if you like hot hatches simple and scrappy, the Up GTI is a little tonic”

To a hot hatch purist, the Up GTI is something of a missed opportunity – for all its superbly judged looks and retro touches, it’s notably less comfortable than a standard Up, and it’s all too easy to make the sensible-shoes argument not to spend the extra to get the range-topper.

Nevertheless, the Up is charming enough that we’re just happy the GTI version even exists. It’s fun on a budget with a great badge, lots of space, enough pace and decent equipment. Most of all, it just brings true want-one desirability to a forgotten-about end of the car market. So, if you’re not tempted to upsize into a lightly used Fiesta ST for the same money, you won’t regret choosing VW’s rug rat.

It’s not the most sophisticated of small cars – and that feels a bit odd for Volkswagen, a tad out of character – but they went ahead and built it anyway, and that deserves to be celebrated and enjoyed while we still can. 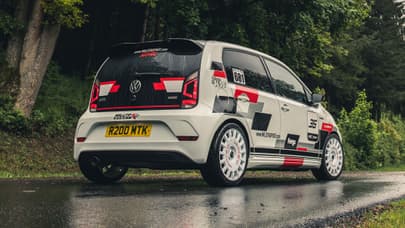 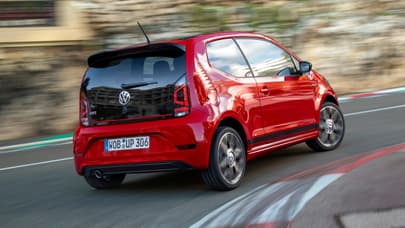 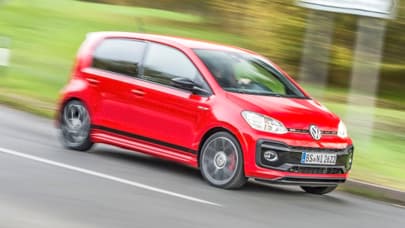