£480 p/m
External link to
with Leasing.com
Read why you can trust our independent reviews
Top Gear Team
Published: 12 Jan 2023
Skip 20 photos in the image carousel and continue reading 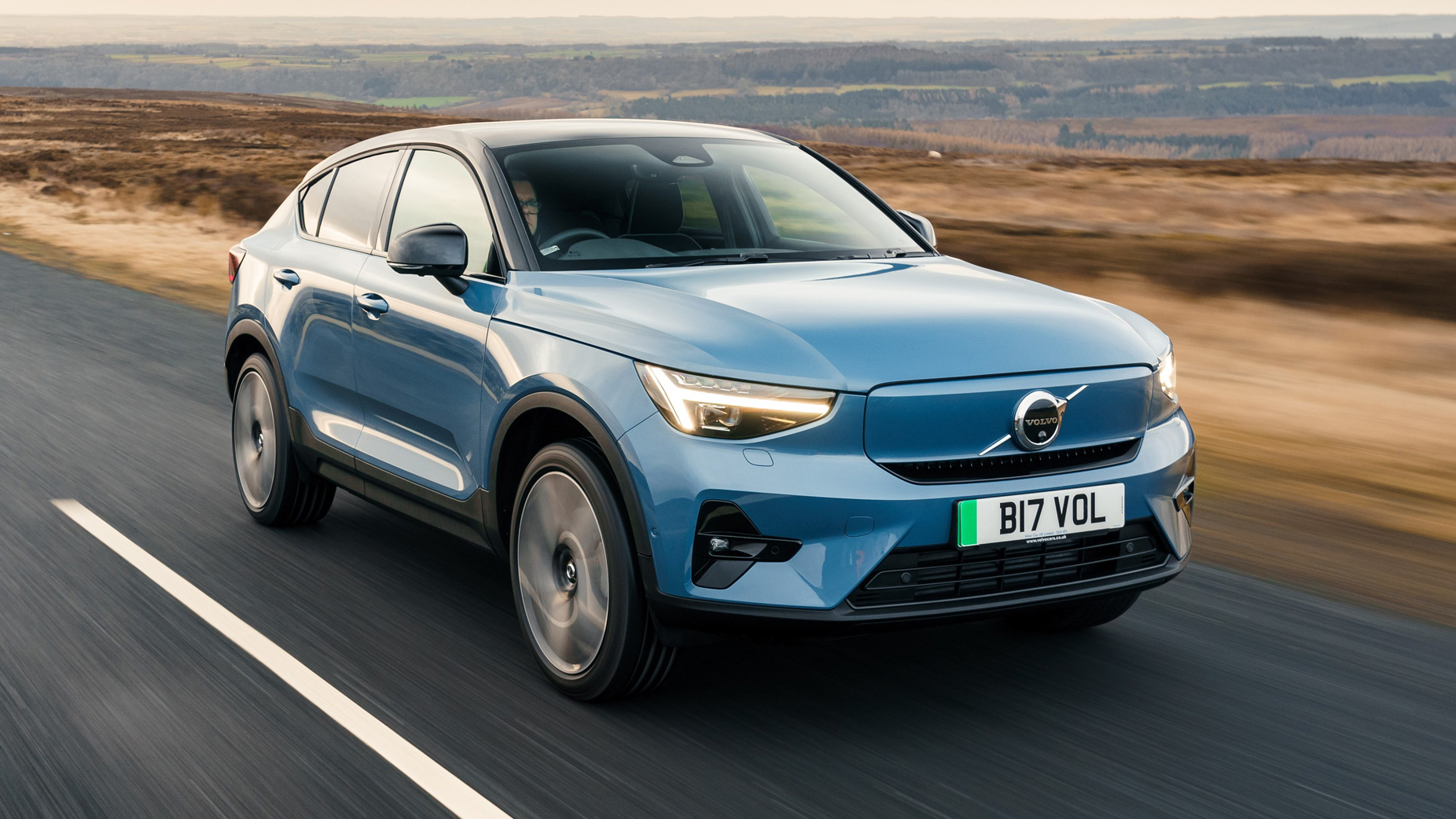 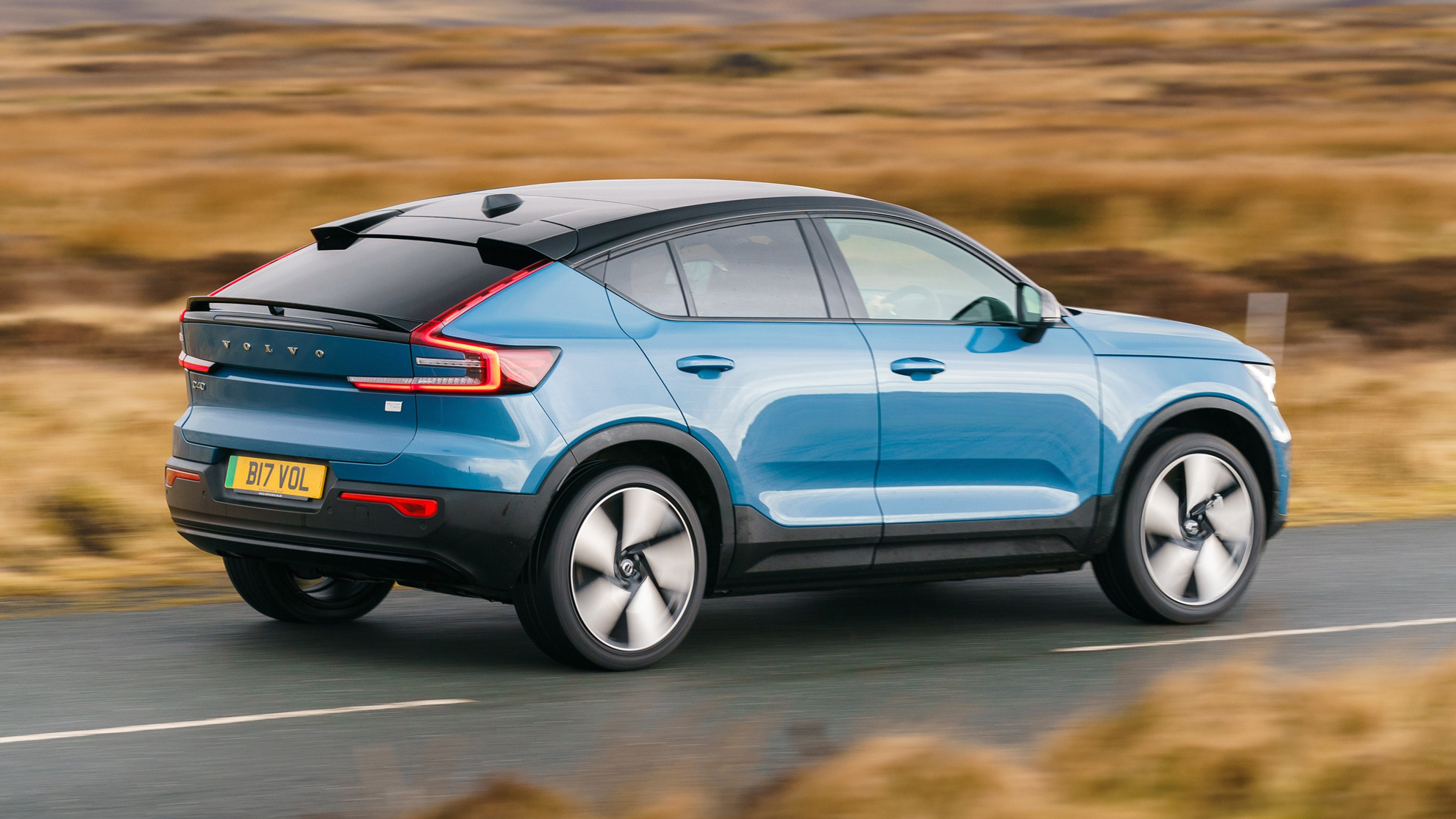 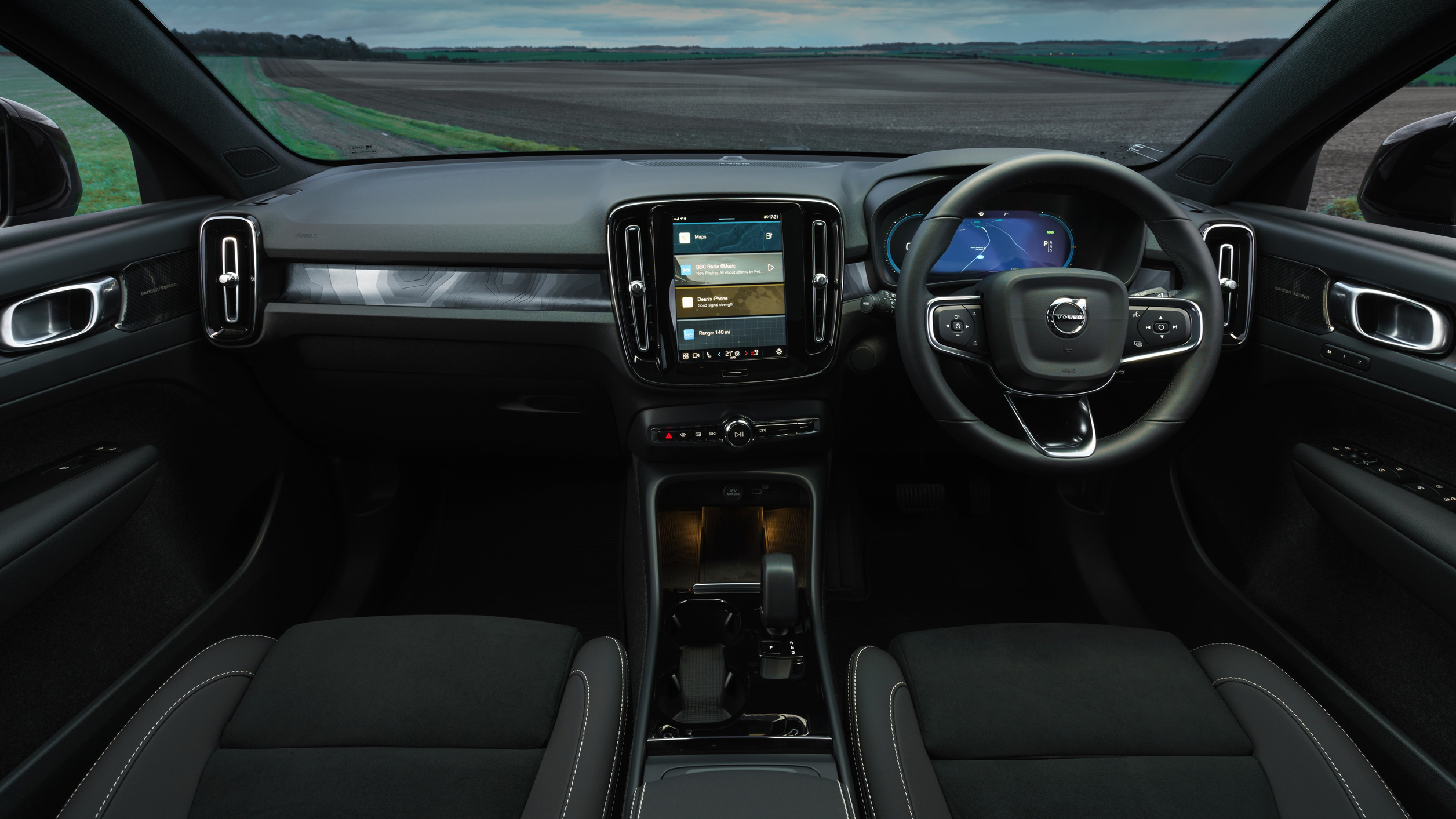 The C40 lives in a market that also contains the Skoda Enyaq iV Coupe, Polestar 2, Volkswagen ID.5, Mercedes EQA, BMW iX3 and Audi Q4 Sportback e-tron. To cut a long story short, it drives rather like you’d expect a 2.1-tonne, 402bhp EV to drive. Which is to say monstrously quick in a straight line (that 4.5-second claim feels modest, if anything) but completely disinterested in cornering. It’s neat, tidy and grips well at sensible speeds, but it could never hope to be a sports car.

Especially given Volvo’s ditched anything approaching a drive mode. This is a car that knowingly coerces you into a calmer way of life. Your only options dynamically are whether you want one-pedal operation on or off, and its firmer steering mode activated or not.

What do I want?

It depends. The strong stopping power of the regen makes the one-pedal setting less smooth than on some rivals, with careful use of the throttle required to slow down accurately for junctions. If you crave some driver interaction in the new electric age, where heel ‘n’ toe is banished to history, perhaps it’s a challenge you’ll gratefully take on. We suspect many will, and never go back.

But for the easygoing nature the C40 encourages, it's simpler to leave it off and stick to well-practiced two-pedal driving. At least until zero-pedal driving becomes a thing in the far, far future.

The firm steering, meanwhile, is nowhere near on the level of something like Audi’s Dynamic settings (thank the lord) so we’ve no strong opinion either way. You might switch it on to sample it, then forget you’ve done so from then on.

Tell me about the single-motor.

If you don't want your organs shoved rearwards on a regular basis, the FWD single-motor and its 234bhp offer a far more agreeable approach to everyday driving. And let's face it, in a car this dynamically sterile, it's the one to have. Sure you lose the savage acceleration of the Twin, but 0-62mph in seven seconds flat is still a decent turn of speed; more than enough to ghost past stragglers on the motorway and the smooth delivery of the power still lives up to Volvo's premium billing.

The ride is decent for the most part, although the C40 bounces around with little composure on uneven surfaces. Annoying given the state of our UK roads, but hardly a surprise on the top-spec car's fat 20s, which inevitably thunk a bit over speed bumps and potholes. Refinement is strong, though wind and tyre noise are evident at motorway cruising speeds with not a jot of powertrain hubbub to counteract its presence.

As mentioned on the Overview tab, the C40 Recharge gets a 67kWh battery for 296 miles of range while the C40 Recharge Twin comes with a 75kWh unit for 316 miles on a single charge. But real-world driving you'll find these figures to be lofty at best, as you would with any electric car.

We've driven both variants; the former in the depths of winter with the climate control set to 'please help me regain the feeling in my toes'. Despite this we still managed efficiency of 3.1mi/kWh, so some quick sums means your worst case scenario is about 209 miles of range from a full charge. Not at all prohibitive unless you're travelling long-distance.

How does charging work?

The C40 will charge at up to 11kW on a slow charger (fully topping up in eight hours), or 150kW on a rapid charger (zipping through 10-80 per cent in 27 minutes). To help ease the pain of working out what’s what, Google Maps mines its charger knowledge to drop in where to plug in along the way – with live data of how many sockets are occupied – while Volvo has teamed up with a company called Plugsurfing, the aim being to try and negate the need for a bazillion charging apps on your phone by collating most charging networks into one monthly payment. The nav can prioritise chargers which fall into the Plugsurfing world.