£34,720/£38,445 as tested, after grant
Read why you can trust our independent reviews
Paul Horrell
Published: 01 Aug 2020
comments
Skip 7 photos in the image carousel and continue reading 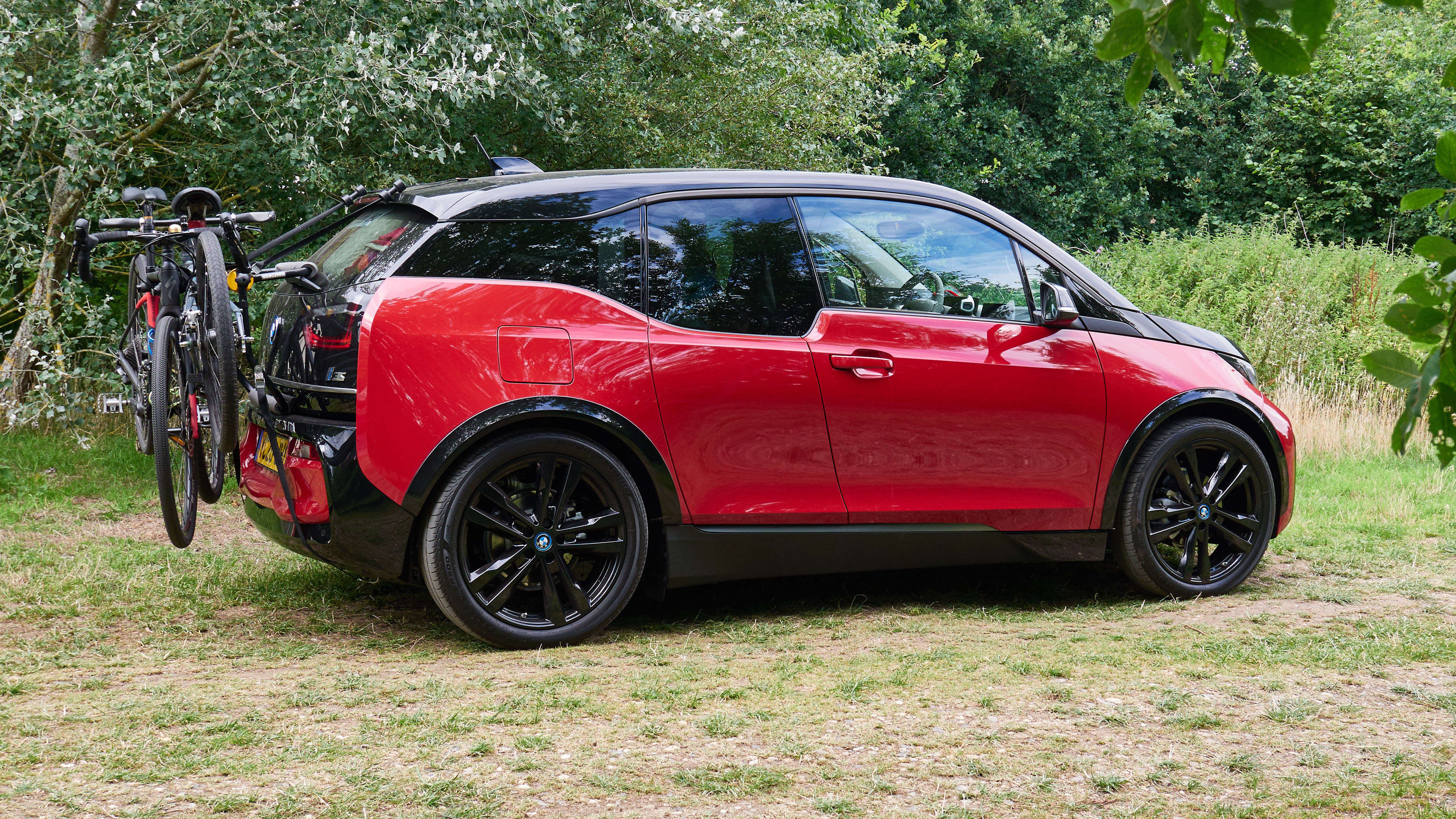 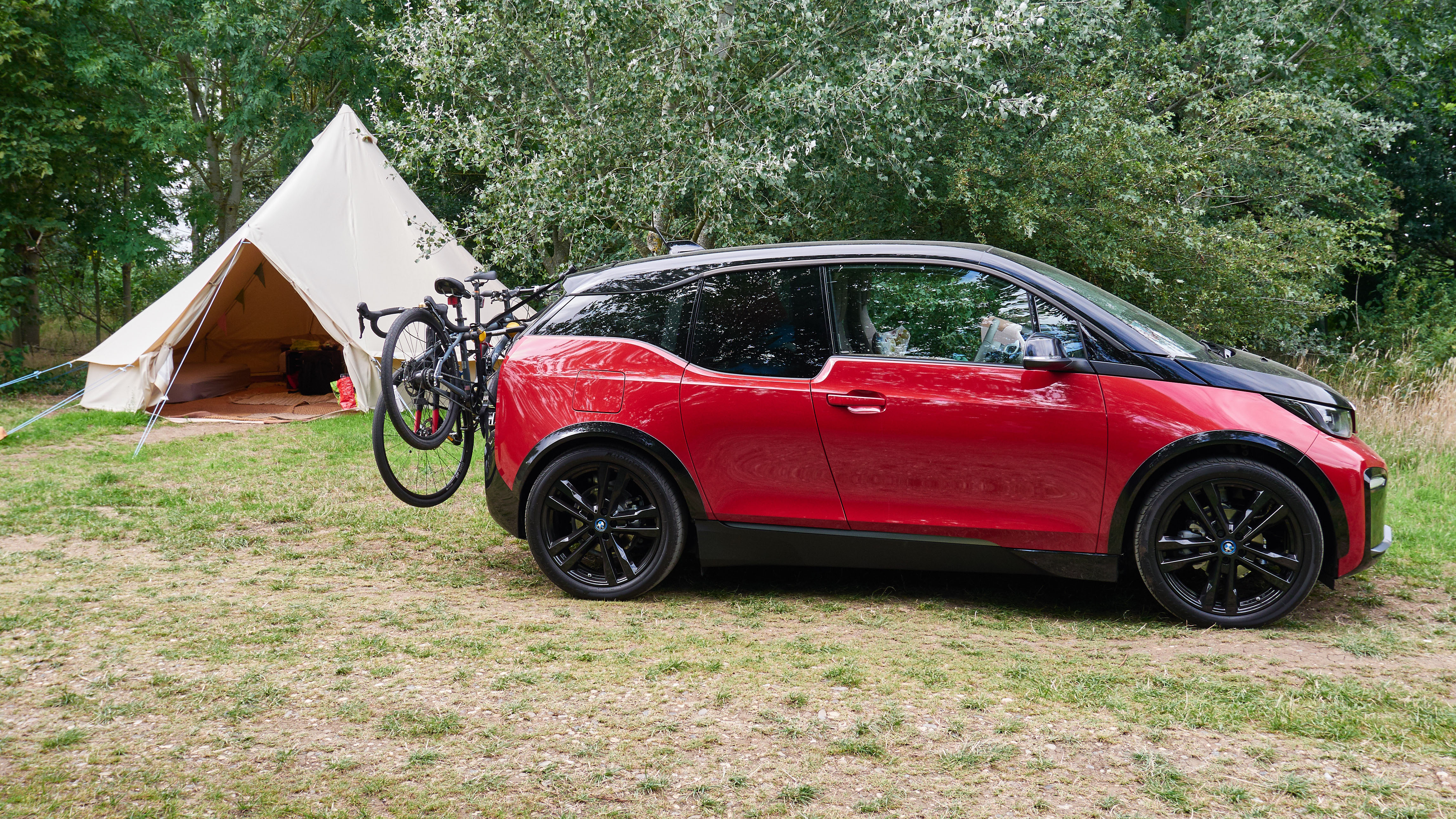 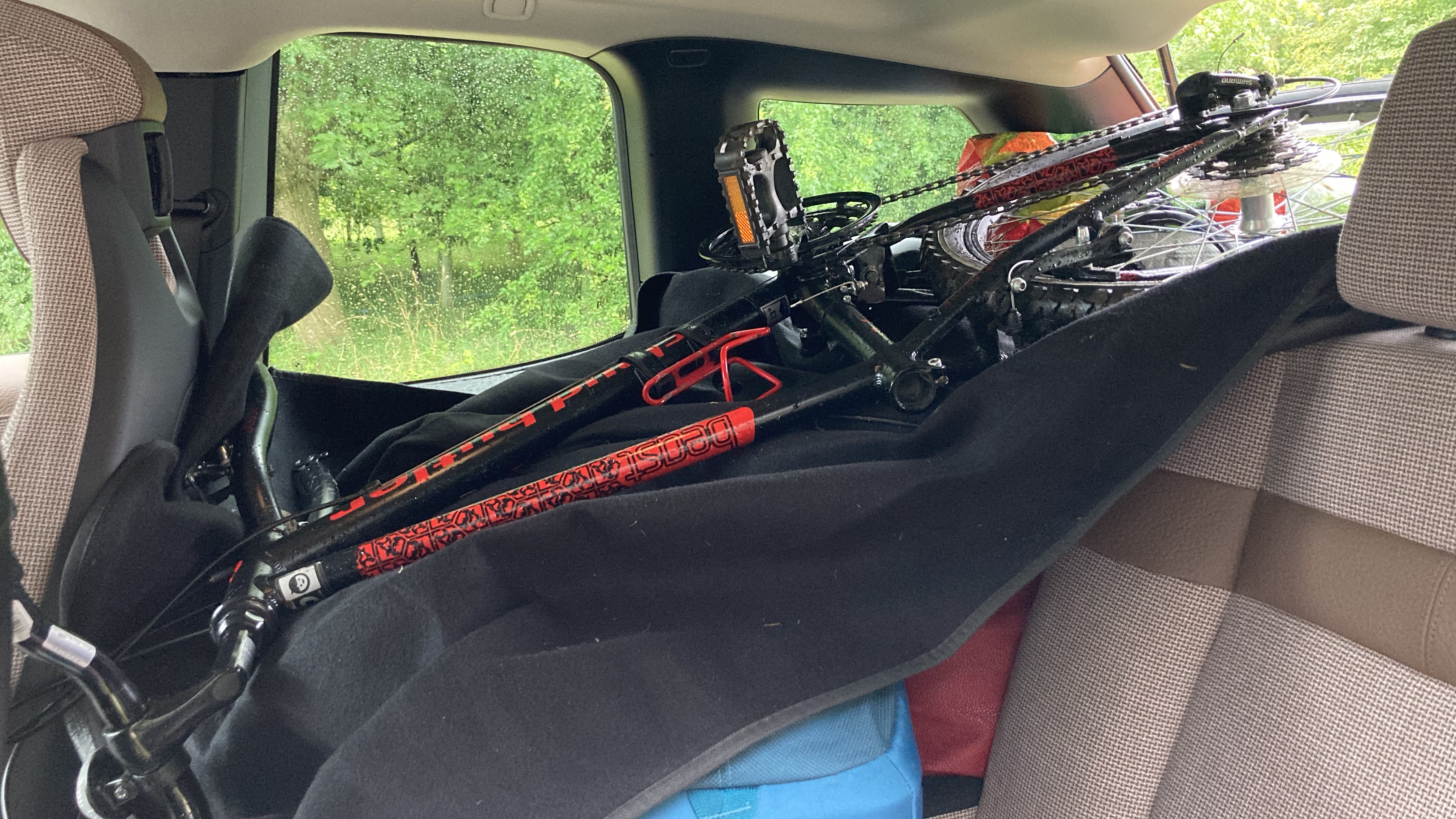 Life with a BMW i3s: camping and a long journey

A TopGear.com page needed to know my fantasy three-car garage. It's an i3 for most things, a Panamera 4 Sport Turismo for road trips, and a 1955 Jaguar D-Type for pure driving. By sheer coincidence, I now have one out of three.

But my first two journeys would have been better in the Panamera.

First one was camping for three of us. Into the i3 we squeezed three bikes (two hung on a rack) and all the camping gear for fair weather or foul. An advanced game of 3d Tetris.

But the camp was well within the i3s's e-range so charging wasn't a problem.

The following week was more of a charging challenge. Which the i3s passed.

The same three went 250 miles from London to Cornwall. This time, with about five biggish holdalls and a 26"-wheel pushbike inside the car. I wasn't going to use a bike rack because the aero would wreck the range.

One recharge at Wincanton got us there. Why Wincanton? Because it has four rapid chargers on three networks, so I could, as I always like to when charging, have a plan b) and a plan c) all nearby.

Real range for this i3s is about 10 miles worse than the standard i3 because the tyres are bigger and the spats wider. It's 173 miles WLTP. You can get close on gentle give'n'take driving. But at a motorway 70 it drops to 130 or so. Swim with the outside-lane fish and it's 115. That's the same formula as most other EVs: about two-thirds of the WLTP figure. It's the physics of aero drag.

But the advantage of the i3 versus the Jaguar i-Pace that I had before is it's using less energy. The Jaguar did about 2.4miles/kWh on a clear motorway, the i3 about 2.9.

So at a 50kW charge – the most powerful posts commonly found – the BMW recovers range usefully faster. It also holds the 50kW power even as the battery is nearly charged, whereas some EVs see power (which is charge speed) fall away badly as the battery gets much above 50 per cent and begins to heat up.

But 50kW is the best the i3 can do; many newer rivals can now accept 80 or 100kW if you can find the new more powerful charge stations.

Anyway, as it was new to me I didn't realise how quickly it would charge. I promised my daughter a slap-up breakfast while it topped up on the way home from Cornwall, and the battery charging was faster than I expected, and the breakfast service slower.

I caused a scene as I tried to get back on the road (had a plane to catch) and whisked the plate away before she'd eaten the hash browns. Do not do this to your child.

In Cornwall the roads are surprisingly smooth as well as bendy, and I could see the point of the i3s over the i3. But for London use the i3s's ride is pretty stern.

The spec on this one is fairly standard, with most of the options being cosmetics. It has bright red metallic outside. Indoors it's the lovely optional 'Lodge' decor: light cloth and tan leather with matt open-pore wood. Like Swedish-forest log cabin. The other pack option is black wheels, tinted rear glass and a better hifi. Single ticked-boxes are for a reversing camera, Carplay, and a useful heat-pump system that helps range when starting from a cold battery in winter.