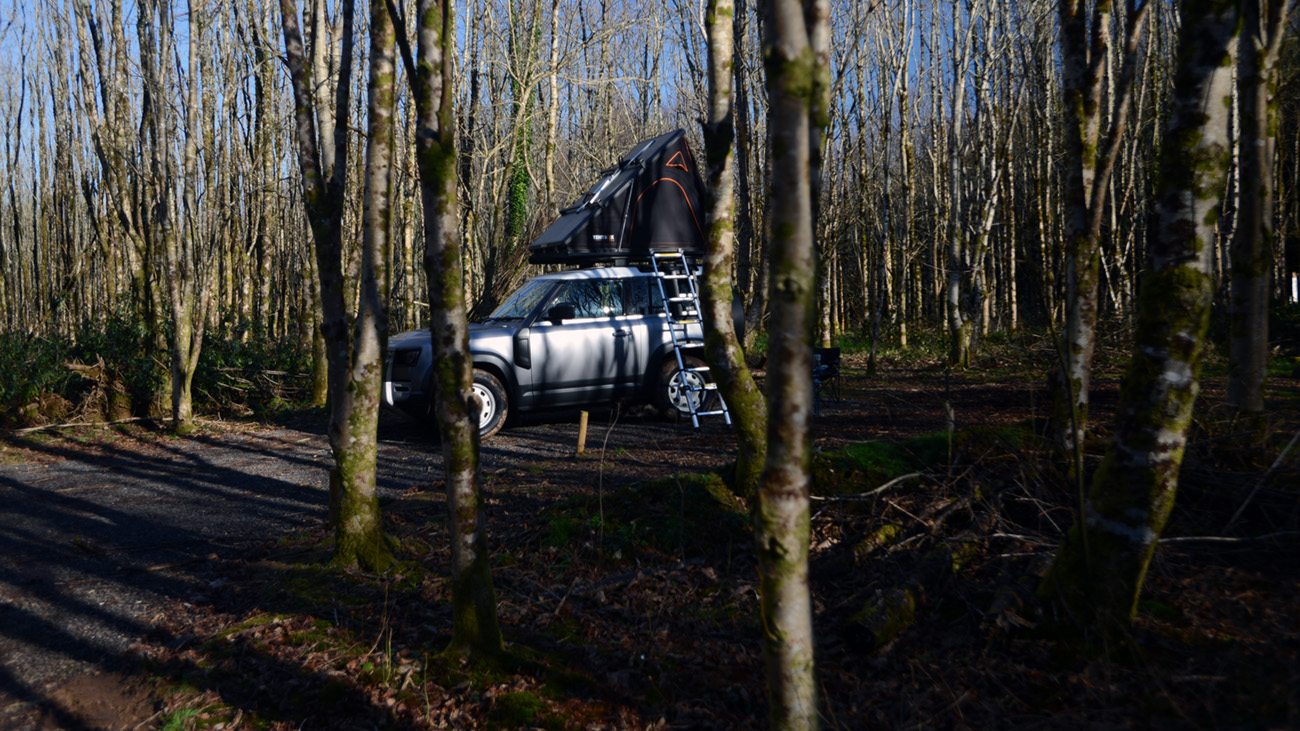 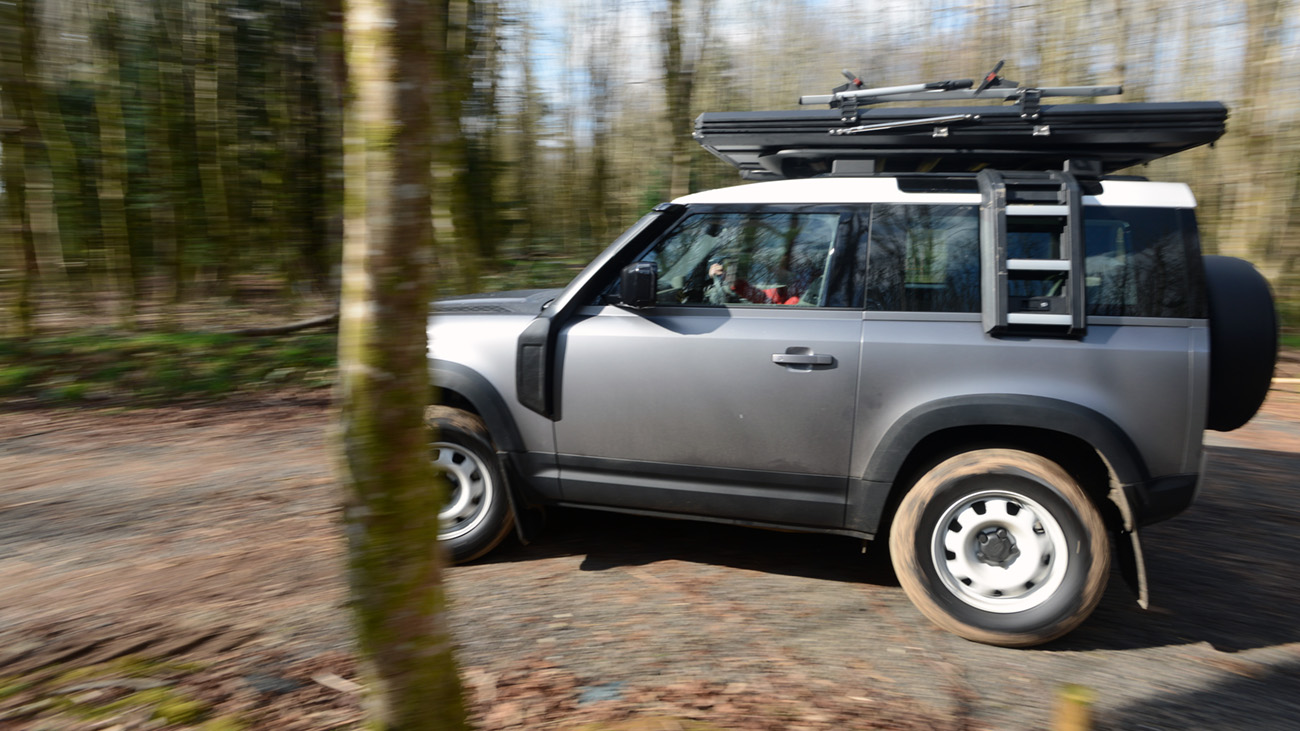 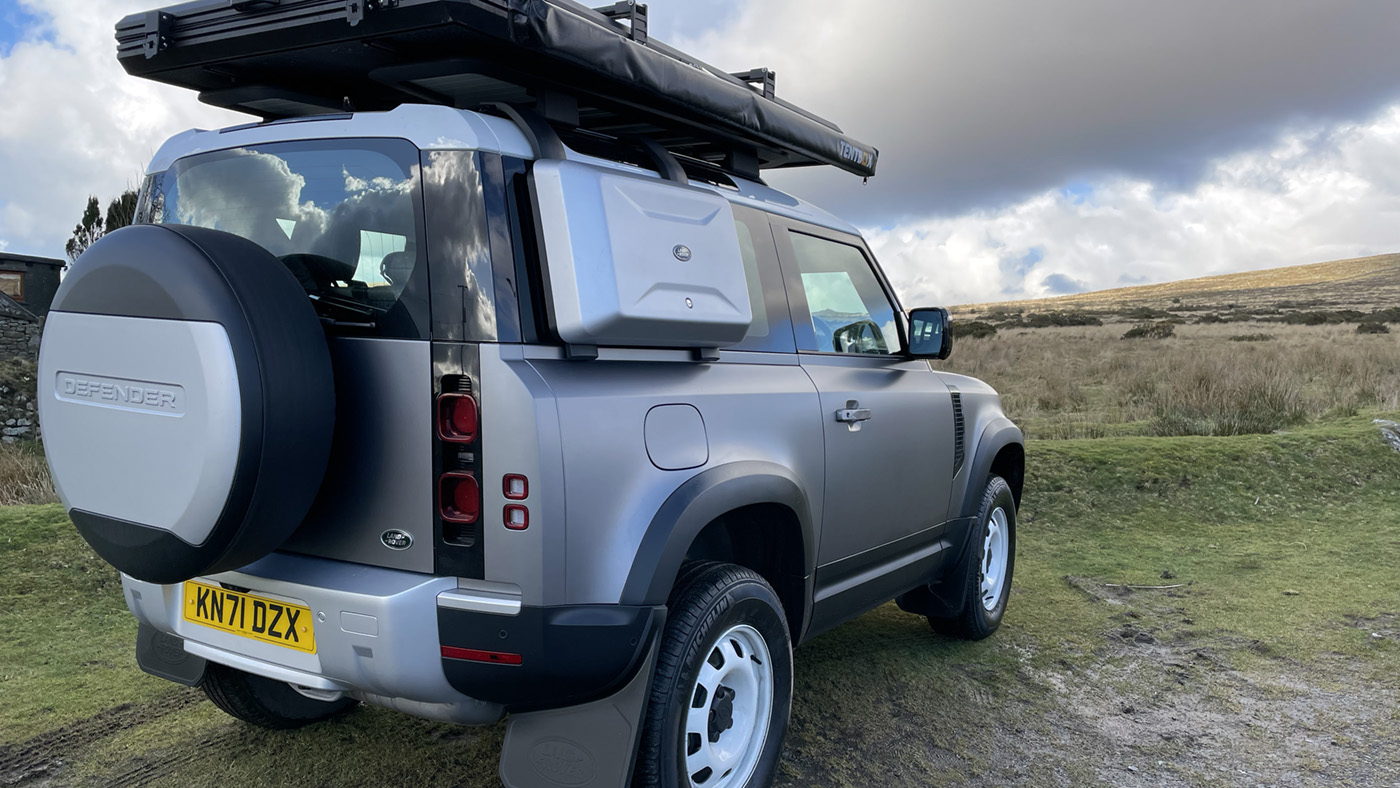 The Defender tests out some new accessories

Fair weather is always prefixed to something to turn it into an insult, but what’s wrong with doing something when the weather is nice? It just seems like the most sensible thing to do. I’m happy to admit that I’m a fair weather sort of person, which means that usually I wouldn’t voluntarily leave the house unless there was guaranteed balmy sunshine (ie never), but Mrs Burnett fancied doing a little light tramping across Devon and who am I to argue?

A great chance while I’m doing all this hashtag lifestyling to try out the Defender, then. You’re not allowed to do any wild camping on Dartmoor because of all the plants and that, but we found a ‘wild campsite’, which means sleeping in the woods but with better toilets. A delightful antidote to manicured squares of grass and rows of plugs you’ll find in other places.

An ordinary tent wouldn’t cut it, of course, but Land Rover’s own number from the options catalogue is only made for the 110 version. Thankfully the nice people at TentBox managed to rustle up their latest effort, the TentBox Cargo, for us to try out. Not only does it bolt fairly simply to your roof rack and spring open to reveal spacious accommodation for two, it also has an awning on the side and a rack on top to attach all your lifestyling accessories to. Things like bikes and surfboards and such. Wouldn’t be troubling that.

The Cargo is the ultimate Swiss Army lifestyle tool for adventurous types who are at home in the great outdoors. The opposite of me, in fact. But it was easy to set up and I still had a lovely night’s sleep once I hoiked on my four layers of clothes, pulled on my balaclava and filled up my hot water bottle. The Defender’s teeny boot was just the right size to host our little two-ring gas burner that boils the kettle in about three hours.

At £2.5k this top of the range roof tent is not necessarily for fair weather campers like me, but if you find yourself frequently leaving the house to do impromptu sporting activities and need somewhere to sleep then it’s certainly worth considering. Its virtue is that it makes any boring car a lifestyle wagon (wouldn’t be so far to climb up then either), or perhaps it would add an extra layer of practicality to your campervan.

The Defender certainly looked the part on the campsite, though, and the 4x4 system proved its worth when I reversed onto the pitch in the dark and missed, leaving 20cm deep tracks in the mud. I then spent half an hour tramping about on them in my wellies while Mrs Burnett rustled up some tasty noodle-based snacks. All so I wouldn’t get in trouble with the lady that ran the place – her text message had been very specific about keeping to the gravel and not causing any damage… oops. Don’t tell her.

Now of course, if you’re a purist the original Defender is the one to have. People who like to suffer in the outdoors enjoy the leaking and the cold and the breaking down. But this car is entirely more civilised, and there was nothing more delightful in the morning than clambering down from our rooftop perch to thaw out with the heated seats and climate control. The height took a little getting used to on the first night – our tent doesn’t usually sway so much in the wind – but night two was a breeze, as it were.

The new version of the Defender is a strange one – so much better than the previous version, very civilised in comparison. But as a standalone car it’s a bizarre thing – it would never have been invented now if the old car had never existed. So huge, with so little space inside. It’s bluff and inefficient and as a statement driving it around is one step down from hanging out of the window sticking fingers up at everyone you pass. But I kind of love it, even if I am a fair weather Defender driver.