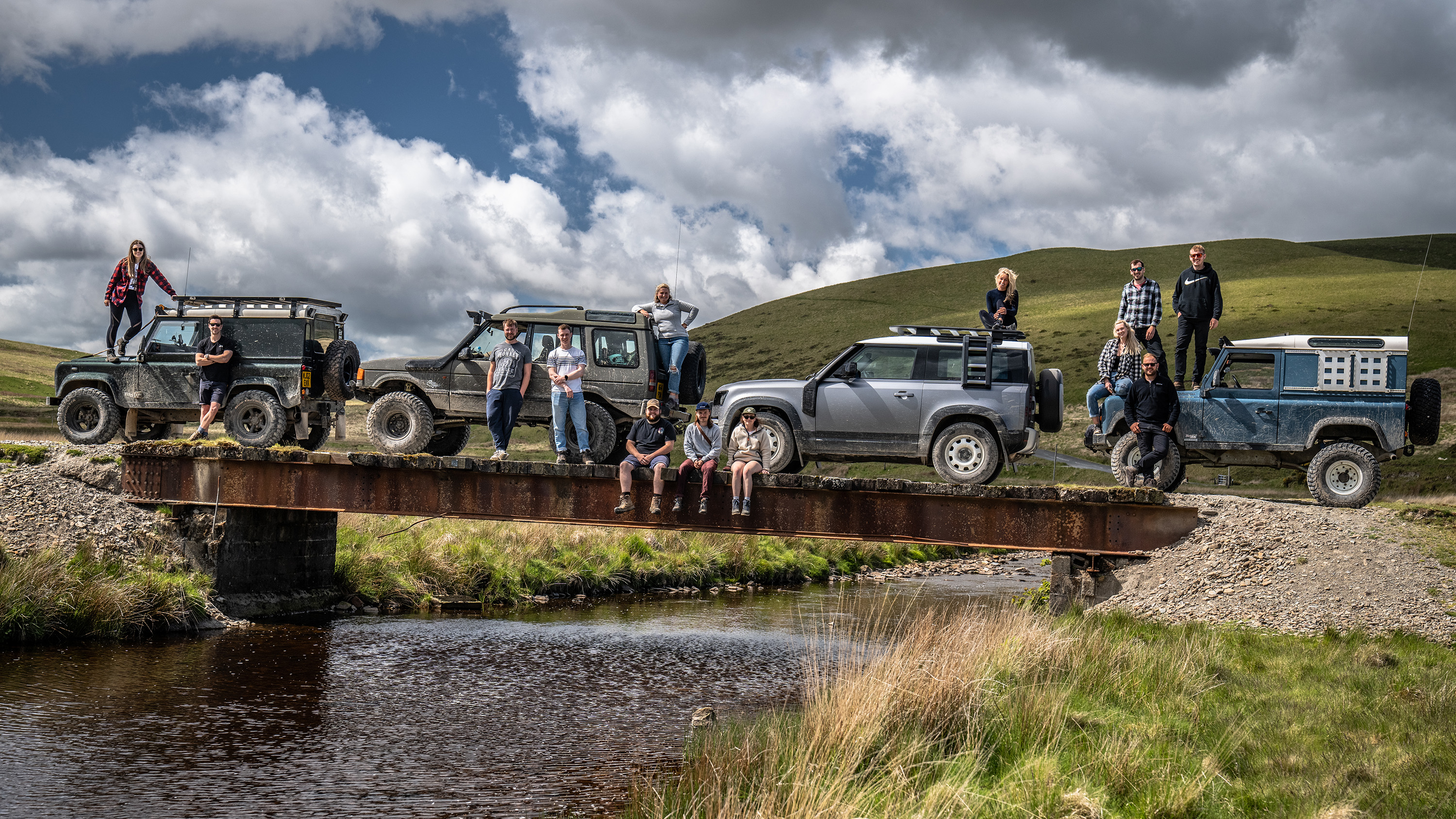 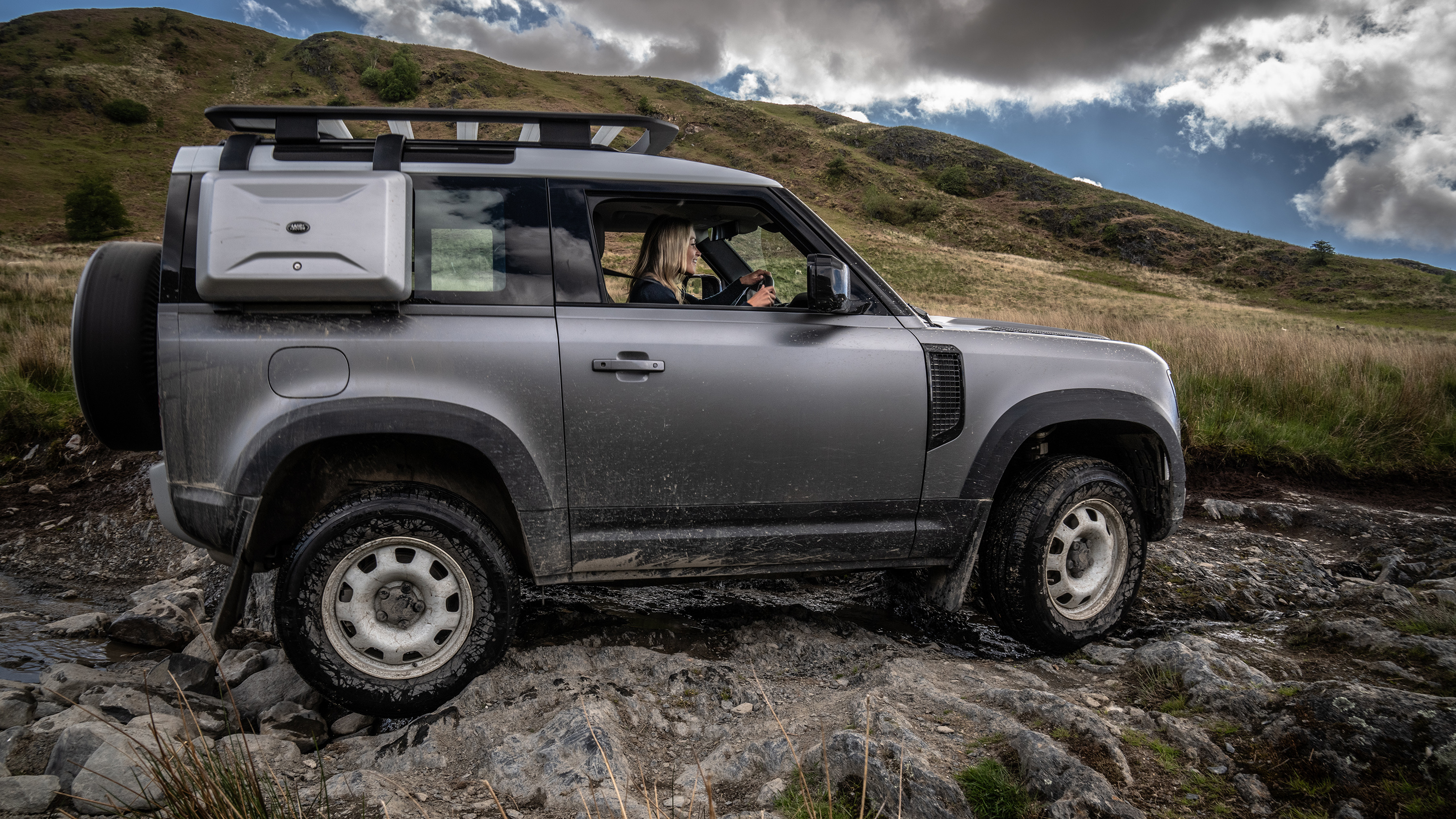 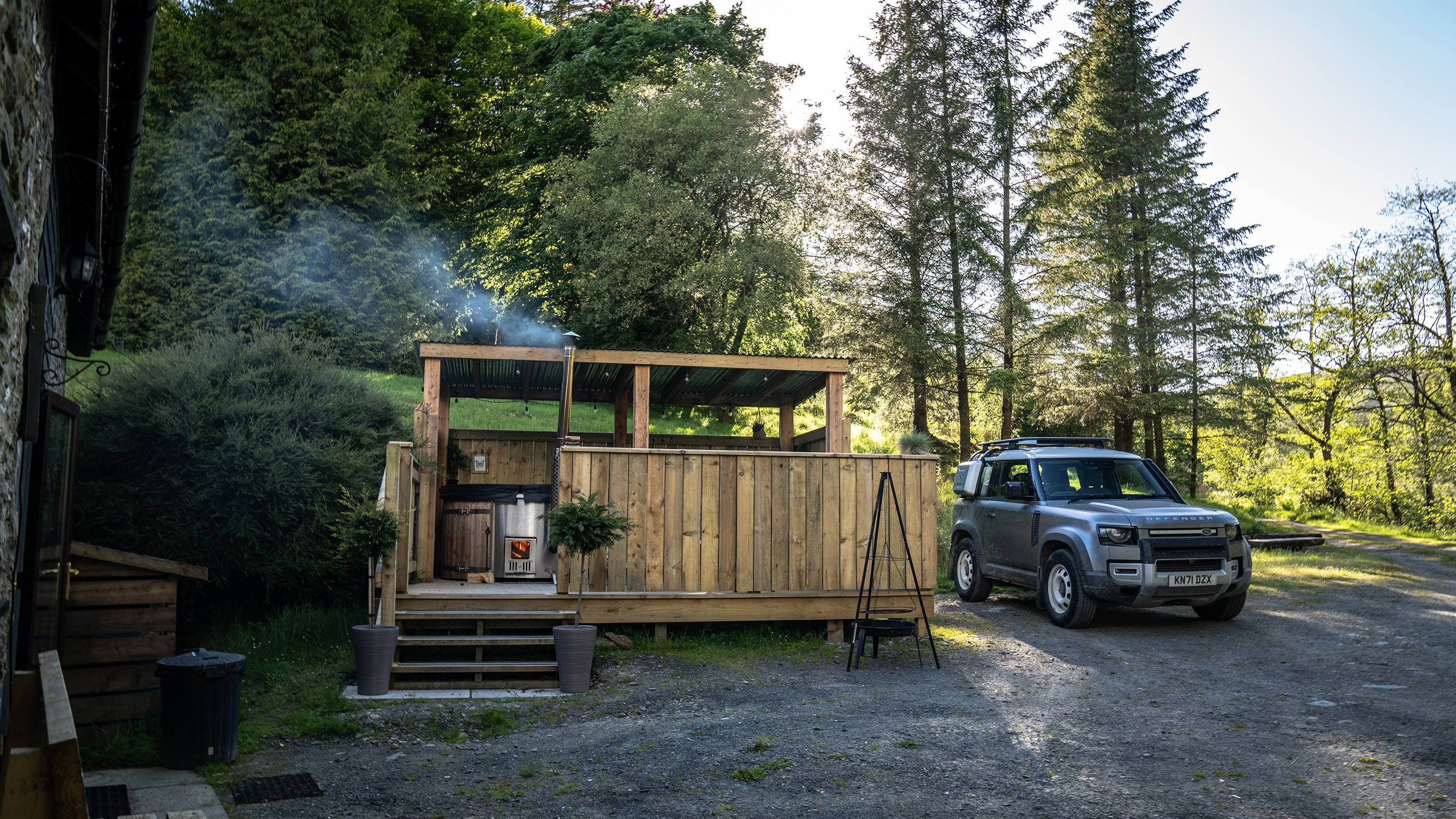 Is the new Land Rover Defender the ultimate dating app?

According to Global Dating Insights, over 300 million people around the world are feverishly swiping their way through more than 1,500 apps in search of love. But forget Tinder, Bumble and Hinge, as I think I’ve found a foolproof solution to dating: Land Rovers.

It was a revelation that came to me a few weeks ago when myself and TG’s off-roading and pie enthusiast Simon Bond decided to organise a little weekend off-road expedition in Wales. The plan was very similar to our mega off-road test – break away from civilisation and phone signal by staying in the awesome Trallwm Forest cottages before taking on some of the knobbliest, gnarliest and tightest public byways that Wales had to offer. It’s just this time we had the luxury of not having to stop to put ‘a bit more right-hand down’ on every two minutes for photography’s sake.

I know what you’re thinking: this very much sounds like a busman’s holiday. And it kind of was. But over the last few months I’ve found the Defender to be a real enabler. It screams at you from the driveway to go and do something exciting with your weekends. Go further, explore nature and get a bit lost for the sake of getting a bit lost.

So off to Wales we went to get mucky. Well, we tried to. Some bloke called Ed Sheeran made us all late thanks to a 15-mile tailback on the M4. But where Simon and his girlfriend in their battered old 90 were being choked out by diesel fumes and arrived with tinnitus (a testing flaw for any relationship), the new Defender ate up the miles and provided comfort while also shocking our wallet having drained its fuel tank. In peak fuel crisis I hit a new PB of £175 to brim the thing. However, just like Bondy’s 90 we still had to shout at each other to get over the tiresome wind noise of the lunchbox and ladder on the side.

The next morning, we made our way to Strata Florida and by pure luck bumped into the same off-roading cabal I met at Slindon a few weeks ago. This is when I noticed everyone was a couple, making for the most gender balanced photoshoot in the history of automotive journalism. We formed a conga line and did the trail all together – albeit with the new Defender’s many, many cameras, Transparent Bonnet tech (allowing you see through metal like you’re a superhero so you don’t nerf the sump on a rogue rock) and exceedingly brainy Terrain Response making it – if we’re honest – a bit too easy.

So easy in fact, it flew up the steepest part of the famous ‘Bombhole’ on road tyres without the diff locked. That sent the hardcore lot’s heads spinning as they bucked and burned out wheels Irish dancing on the clutch and brakes to get their old Discos and Defenders up.

But even though we were in the latest glitzy Defender and thumbs-on-the-inside-of-wheels newbies, we were instantly welcomed into Land Rover community. A seemingly love-filled family of couples I was desperate to know more about. “It’s really a case of ‘love me, love my Land Rover’,” said Laura, part-time pilot of a straight-piped, battered old Defender 90 with a dicey winch that only works when you don’t need it. “It’s quite a full-on hobby, so you have to jump in with both feet!”

Becca ‘Bear’ Davies (who loves to get axles deep in ‘Doris’, her big-wheeled 90) had similar things to say. “There’s a thrill to getting stuck and then having everyone pull together to help each other out – even people that you may have only met that day or that weekend. No one is afraid of getting dirty!”

Oddly, something I didn’t realise was that all off-road enthusiasts seem to christen their cars, with two Dorises and a Delilah being with us that weekend. But what should we call ours? And what did the couples think of it? “If you can get past the fact that you’re essentially off-roading a very comfortable, climate-controlled sofa, it’s seriously impressive,” said Laura. “But I have to say it does feel like cheating when you breeze through obstacles that’d take serious skill to traverse in something a little more rustic. I didn’t give much credit to just how good it’d be, and I’m happy to admit how impressed I was, but give me my very analogue noisy 90 any day.”

Others hated the fake plastic checker plate, sheer width of it and the fact it lacked engagement. “It’s obviously far superior on the road, but off-road it’s nowhere near as engaging,” said James. “You feel very detached from the action, protected by advanced electronics. I prefer manually changing gear, locking diffs, etc.”

But if you've got a Defender I can't recommend a weekend like this enough. And encourage you to speak to people in the incredibly welcoming LR community. And if you’re sick of axe throwing, Hollywood Bowl or a cheeky Nandos, you can use a Defender as a proper date. It’s a cheap one too. Recent research showed the average American spends $121,082.40 on dating in their lifetime, which is far more than our Defender. So go all in and buy a Defender. If the Land Rover community is anything to go by, it could be the answer to a long-lasting relationship.