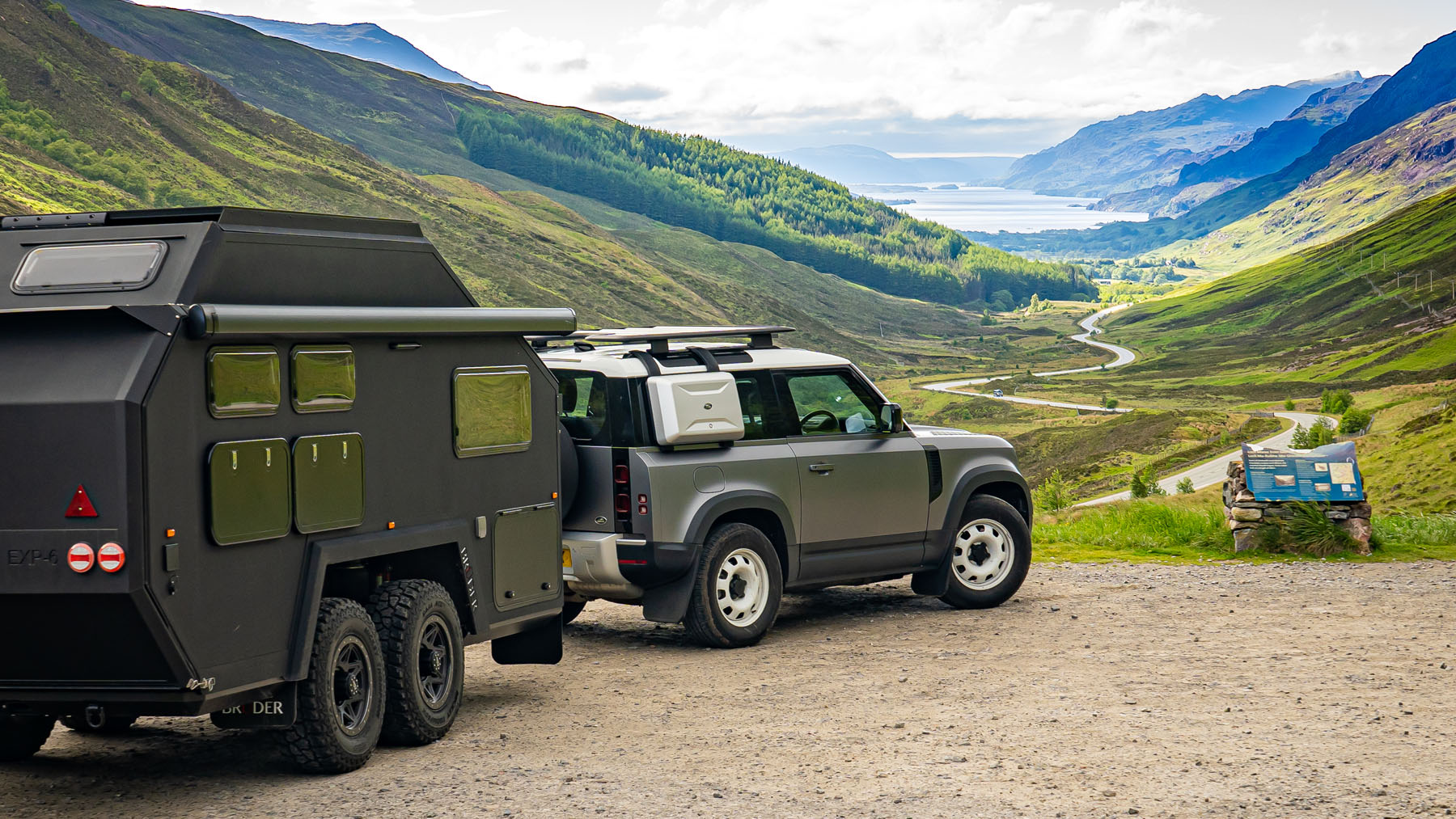 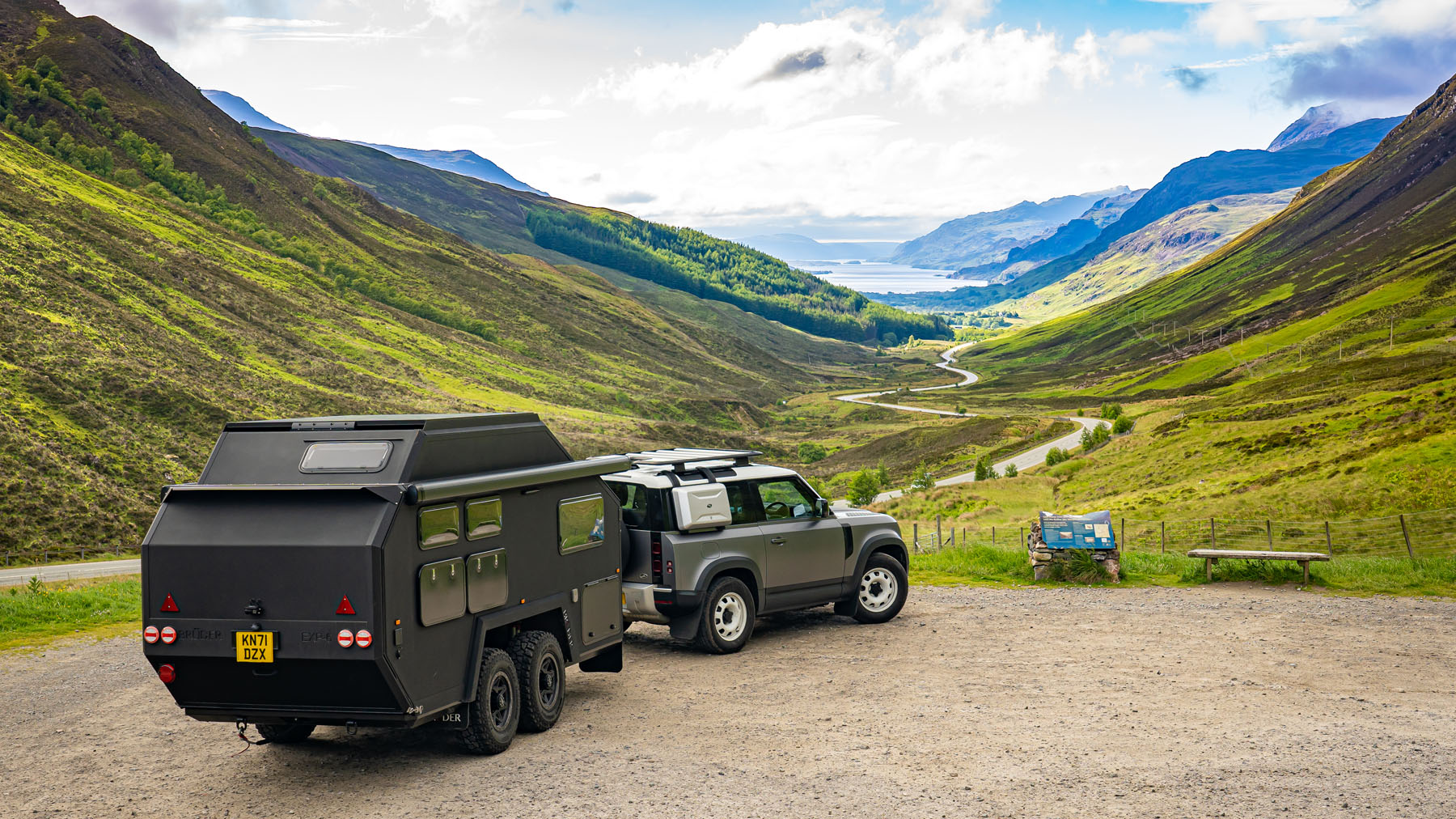 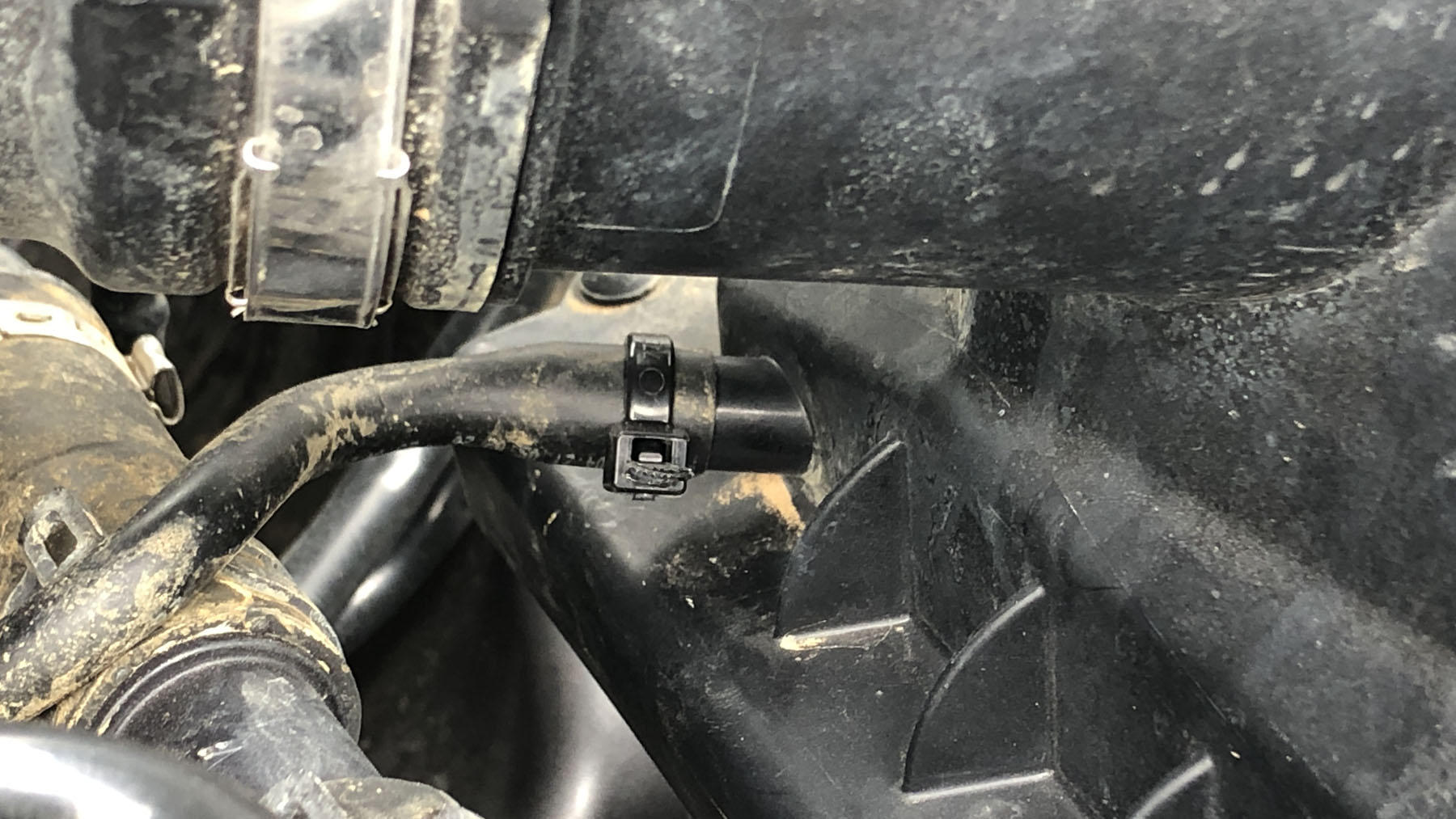 So I’m on my way to Scotland, towing the Bruder trailer. It’s 11pm on a Sunday and I’m driving through the Lake District on a long uphill M6 drag. And the Defender loses power. Now I think about it, there had been a couple of warning signs. The automatic gearbox had started using lower gears for no apparent reason and the air con seemed to have stopped working (this story obviously predates what I was writing about last month with the busted aircon in France).

The warning screen tells me it’s possible to continue, but with reduced power. I’m towing a 2.5-tonne trailer. Reduced power is not an option that’s going to get me to the campsite at Tebay Services right now. I pull over, turn off and give it 10 minutes. Cured. No warning light, safely to Tebay and then on to the very far north of Scotland next day.

Then the drive home. It happens again. Three times. Each time the same situation – long uphill drag at around 60mph, engine working hard, then warning light on, limp home mode. Each time I knew it was about to happen – the air con and an eagerness to use lower gears were the initial blips on the horizon. I can pretty much predict when it’s going to happen and, soon after, work out that all it actually needs is to be turned off and on and that resets it, no need for a 10 minute break. I nurse it home, irritated, but relieved.

The Defender can tow 3.5-tonnes, so the trailer wasn’t the issue. What was going on? Step forward a pair of Land Rover technicians. One plugs into the OBD port, the other hunts around the engine bay. The laptop wrangler can see the issues, but can’t work out quite why the ECU is getting excited. After 10 minutes with a torch, the mechanic spots the physical problem – a tiny rubber breather pipe has come off the engine air intake. It’s linked to a sensor that makes sure the ECU is seeing the right signals from the intake. If the values deflect too much (as when the pipe is disconnected…) it can tell something is wrong, so flags up the warning light.

No idea why it had come loose – maybe while it was bumping around off-road? – but it was only pushed over a nipple, so could work loose quite easily. The techs resecured it with a tiewrap. No more issue.

But that wasn’t all. I can’t remember why, but I must have craned forward at some stage on the journey south from Cape Wrath and noticed that the snorkel was wobbling a little bit. It’s hidden by the passenger A-pillar (a neat solution) so you don’t normally see it. While stopped to let the warning light think about what it had done, I gave the snorkel a waggle.

Turns out it’s only held in place by one flimsy plastic catch, which had broken at some stage – probably scraped by a branch or something. The sort of thing you’d imagine it would have been protected against. Anyway, I had a few tiewraps handy (is there nothing they can’t do?), plus some sticky pads from attaching the numberplate to the back of the Bruder, which served to stop the wobbling pretty well I thought.

That was all back in June. I’ve never had a repeat of the drop in engine power. But the repercussions from the snorkel are still rumbling around. Periodically we’ve heard sloshing noises from the sills and underfloor. These predate the broken snorkel, and seem to occur when it’s wet, raining or the Defender has been splashing through puddles. After a few days they go – the water draining away, we assumed. But on another visit to Land Rover we’re told it’s been caused by water getting in the screwhole where the snorkel was attached and leaking down inside the chassis. That doesn’t quite ring true to me – it’s a very small hole, hidden behind the snorkel – and looking online, we’re by no means the only Defender owners to have noticed sloshing noises coming from underneath. However, I suspect this is an issue we’re not going to get to the bottom of. The Land Rover leaves us next month. It’s been a real Defender, no doubt about that.