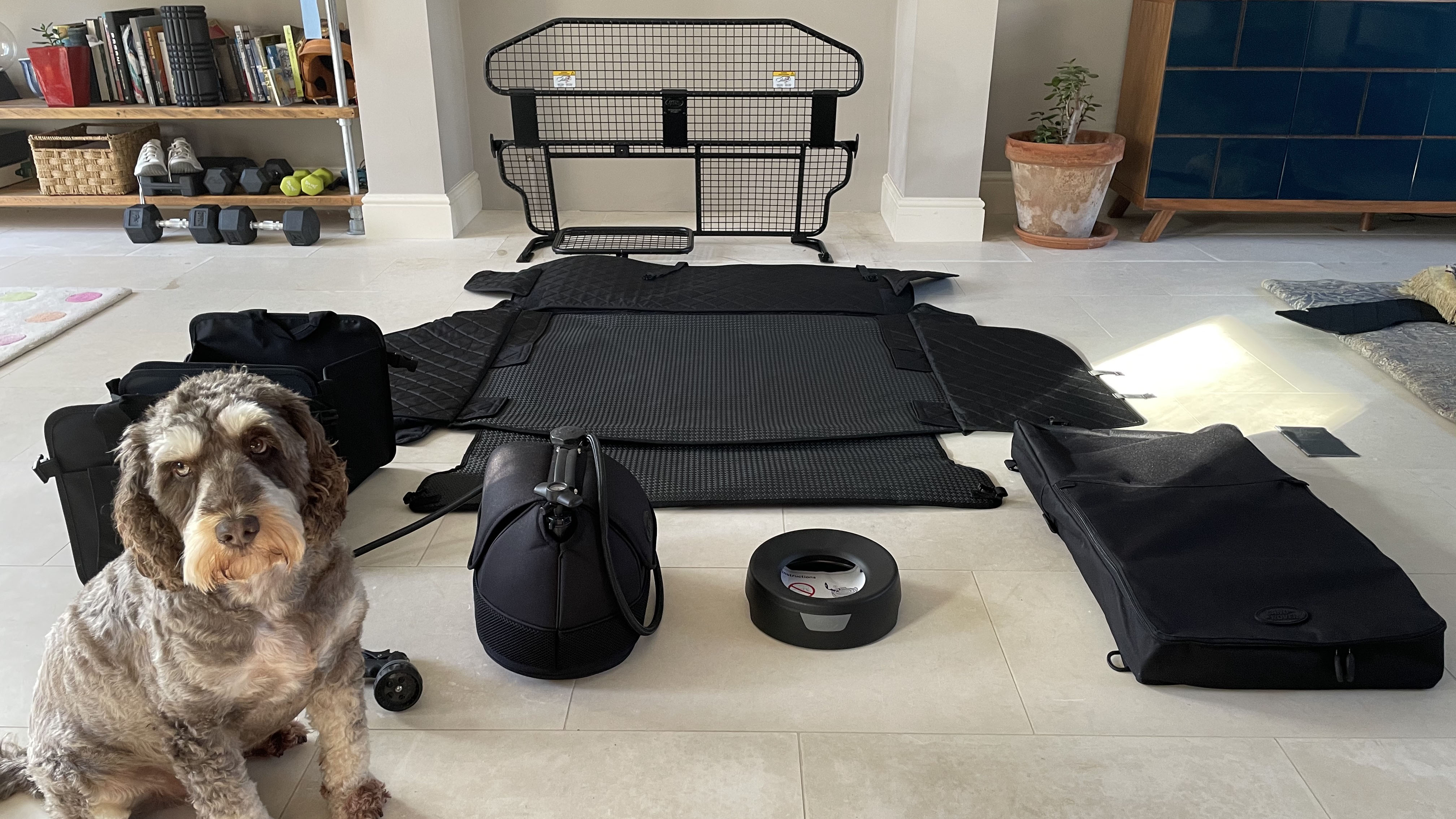 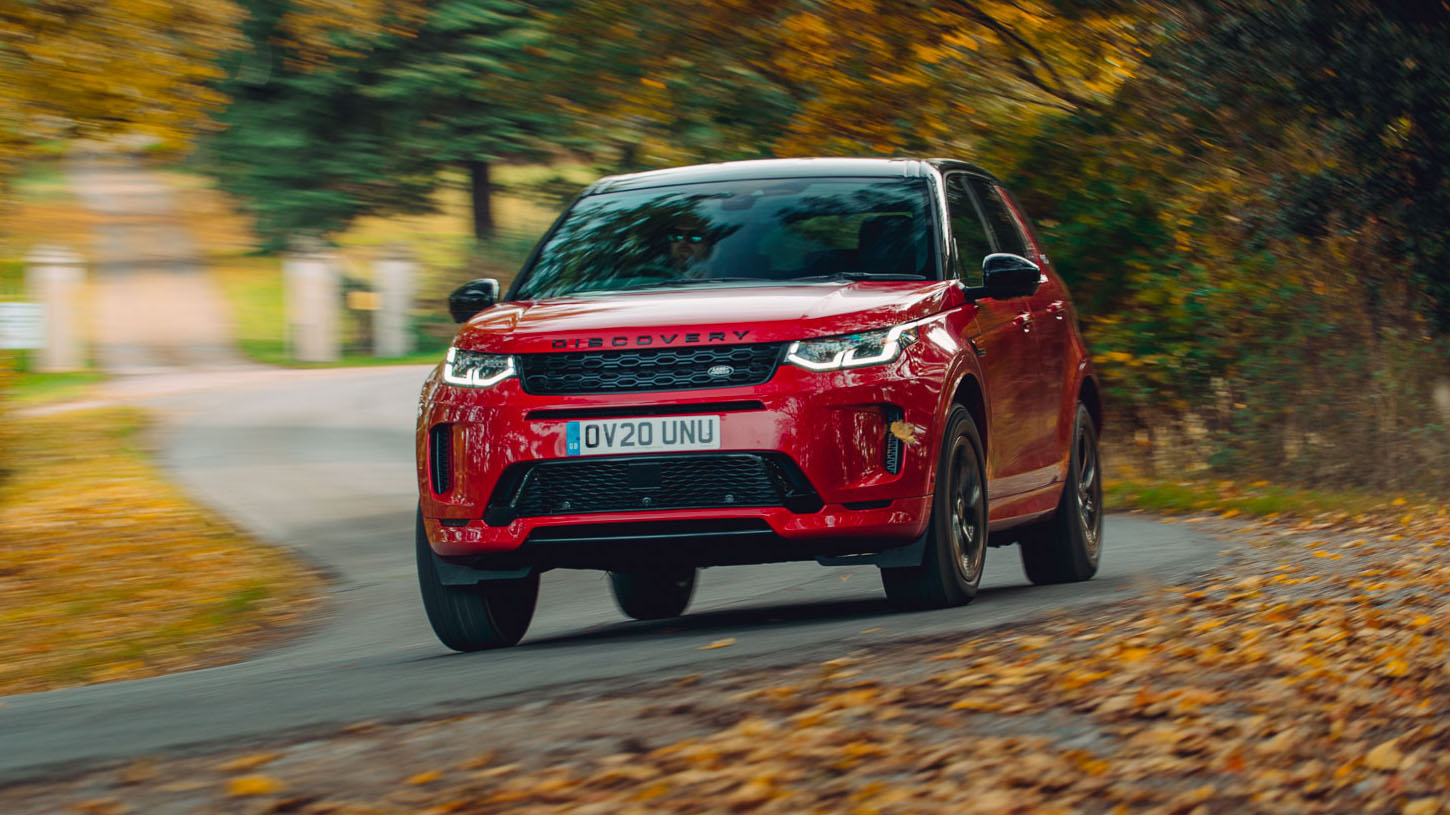 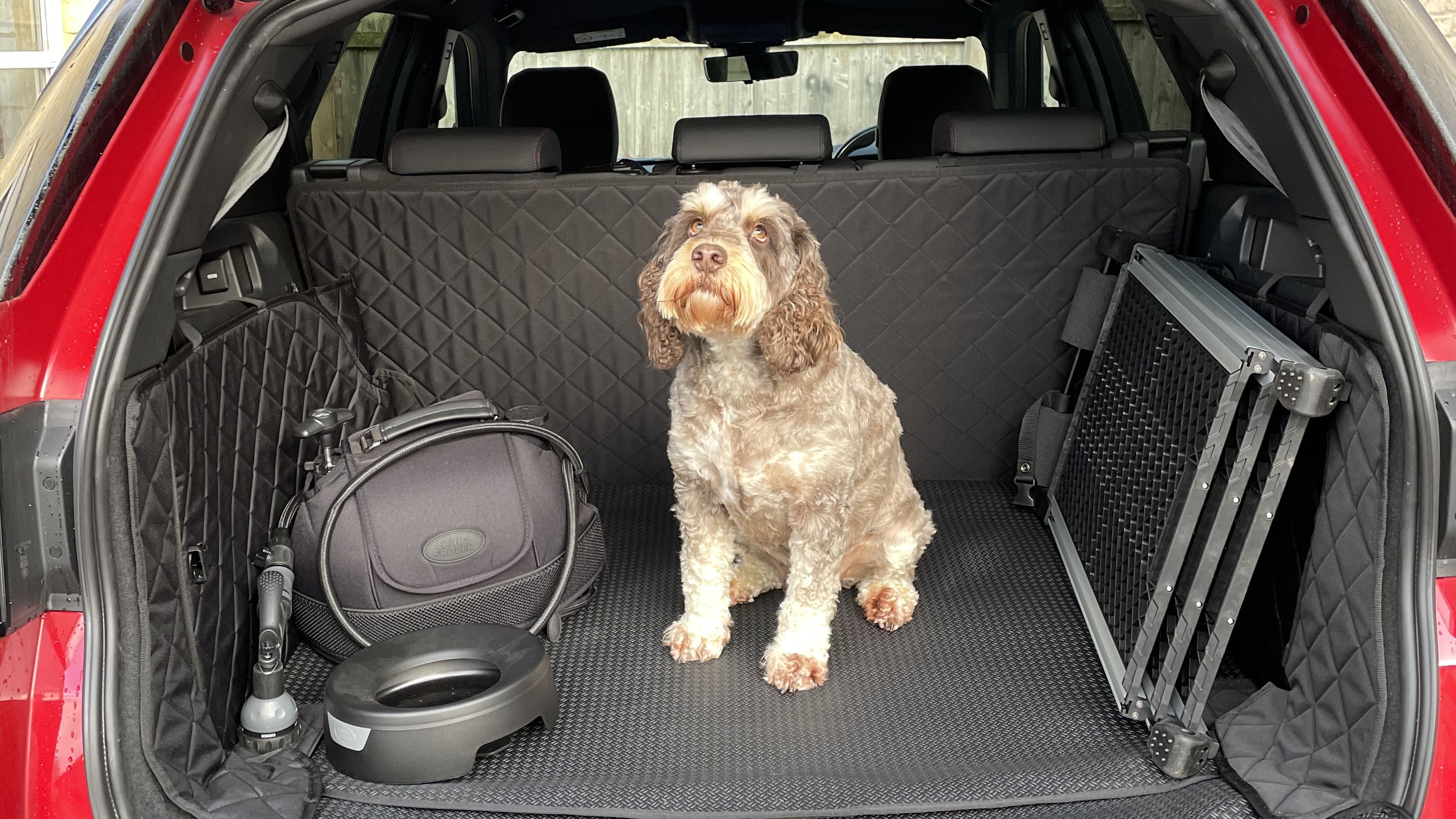 What are the must-have options for a Land Rover Disco Sport?

Not a huge amount of miles under the Disco’s wheels this month - which gave me a bit of time to investigate a few of the options that I use the most. Which are mainly dog-related, unsurprisingly. Not all, though - so here’s a quick rundown of what’s worth the cash, and what’s not - though it’s worth remembering that this car is already an HSE Dynamic, which means it’s pretty well-equipped to start with. I’m rolling through the stuff that I added on after standard.

First, the paint - Firenze Red Metallic in this case and £705, with a black contrast roof (£610) and Black Pack (£580). All totally worth it - even after ploughing fields it cleans up a treat, and the combo looks really very swish. I went for the Luxtec and suedecloth seats as a no-cost option, and they are both generously comfy and remarkably stain resistant, though they do like to try and eat crumbs via the little pores in the fabric - stuff doesn’t brush out of these, you need a vacuum to clean up properly. I also added the £630 Meridien Surround Sound, and again, I find it worth the cash. If you’re not an audiophile, the standard system is fine. Mind you, the Meridien isn’t the be-all and end-all of in-car audio, it’s just a nice upgrade for a reasonable cost.

The dynamic handling pack aggregates configurable dynamics and adaptive dynamics and adds red brake calipers as a visual cue, and for £1,155 yes, it does make a difference. Could I live without it? Yep. But it is desirable for the odd time you need to make progress. And yes, I like privacy glass - mainly because for £420, when I’ve got the seats down and stuff in the back, I don’t worry about parking the car up. I know some people also hate black back windows, but honestly I don’t mind the look. It fits with my black’n’red theme anyaway, so… The Driver Assist Pack (360-degree camera, clear exit monitor, adaptive cruise, wade sensing, park assist and rear traffic monitor) sounds toppy at £2,160, and I have to admit, I could live without it. But there’s a driveway I constantly have to reverse out of blind, and it helps. This is very specific though - and another one of those ‘nice to have but not essential’ moments. And a couple of grand is lot.

One thing I wouldn’t do without is the extra USB ports (two in the second row of seats and one in the third), for £100. Three kids - who are often split across three rows for elbow room - appreciate them, and they prevent arguments. And as for the Tracker for £570 - yeah, I’d put that on my own car.

The hound options are more divisive. I got LR to give me a collapsible luggage organiser (£63) for dealing with kit, and I absolutely adore it as a bit of a game changer for in-car storage. It’s exceptionally well-made, but the same kind of thing is available on the internet for twenty quid, so you’ve really got to want that Land Rover branding. The same goes for the spill resistant dog bowl at £55 - you can get a good one for under a tenner without the logo. And again, the Land Rover-specific portable rinse system is brilliant for washing down dogs and boots before they get into the car, but at £262, it’s just too much money. Even a cursory search reveals decent branded versions for around £80 which are pretty much exactly the same. And a proper portable camping shower with a reservoir (the same idea but more powerful) is only around £140. Unless you’re that bothered about being matchy-matchy, don’t bother.

The pet access ramp? I loved the idea, but its use is marginal. One, it’s a bit of a hassle to unbag and fold up just to get the dog in the car, and once you do, it cuts down on space for said dog if you store it in the boot. If your dog’s too small to jump up into the boot you can probably pick it up, if it’s bigger, it can probably manage to get in there itself - a mate’s Labradors manage. In fact, the only way that the ramp makes sense is if you have a larger/older/infirm animal you can’t lift. In which case, fair play - but £302 is still a chunk of change for a fold-up ramp, nicely made as it is.

The full-height luggage partition for £461 is also properly made, but feels a bit like overkill - it screws into the rear section like a bolt-in rollcage and is basically high-security prison spec. Great for safety - no animal is coming through that, even if there was a crash - but my dog is more bijou-sized and is quite happy in the boot, so it doesn’t feel as necessary. Also, it prevents the use of the flip out third row of seats, so it can be a bit of a hassle to get in and out. You have to plan, and that’s not the point of the seven-seat convenience. In fact the only bit of must-have for me is the quilted loadspace liner. I know, £282 is a lot, but it’s perfectly fitted to the back (floor/rear/sides to window height) of the Disco, jetwashes clean and is padded in all the right areas to keep my dog Frank happy.

It’s got straps and ties in all the correct places, and even flaps to access the tie-downs so that you can secure things in the back. Throw in a dog bed on a non-slip base, clip the dog bowl in securely, and your pooch is sorted. There’s even a tidy fold down flap to stop top-of-bumper scratches from wayward claws. And if you don’t need it, you just pull it out and roll it up. And that’s pretty much how the Discovery runs most of the time: Loadspace liner in with dog, car-organiser on the passenger seat, little power pack converter with three-pin plug for powering a laptop. Mobile office and shoot station, with comfortable, safe sidekick in tow. When it needs to convert for family of five duties, just lift out the gear and replace with people. Job done.