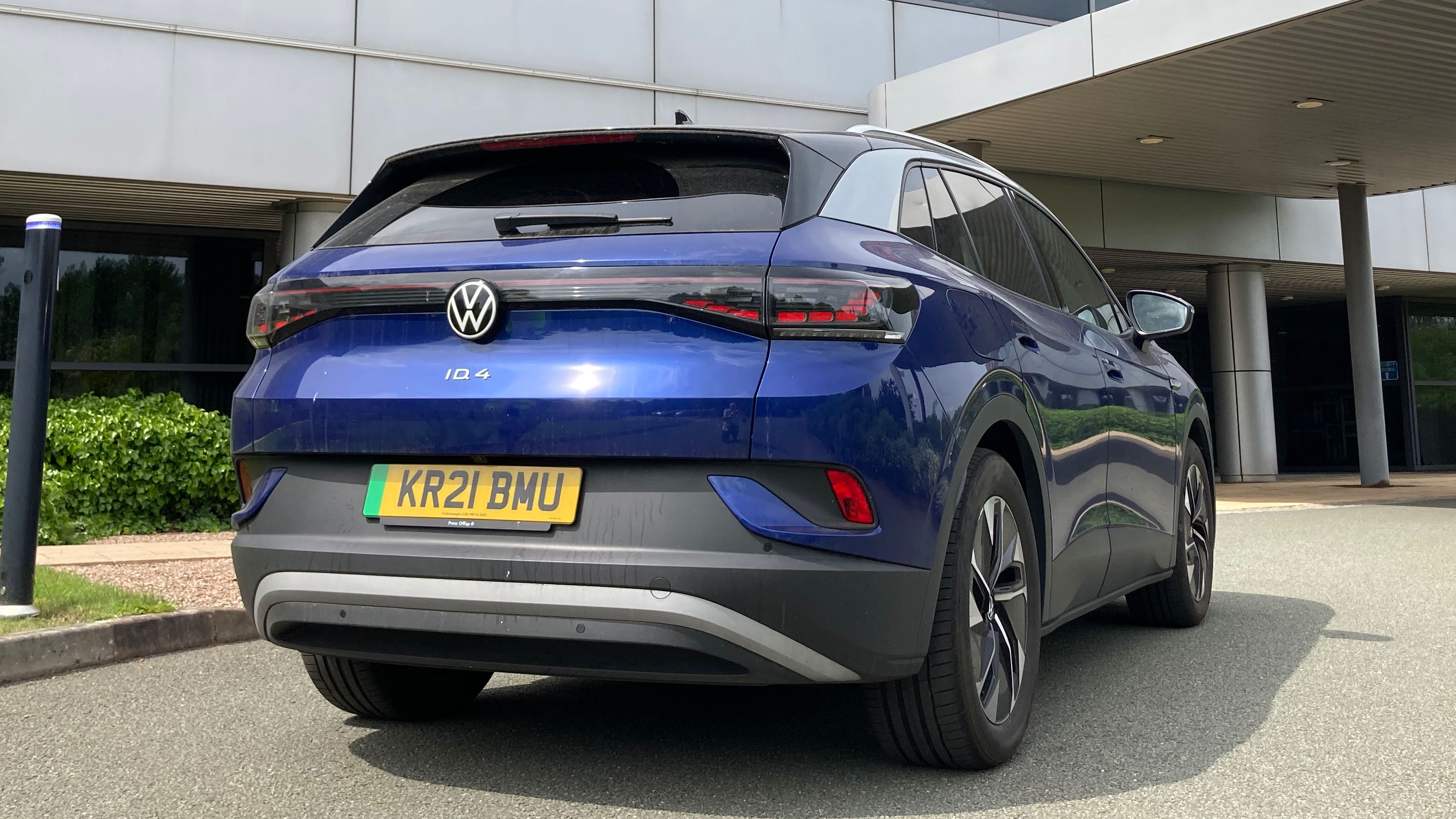 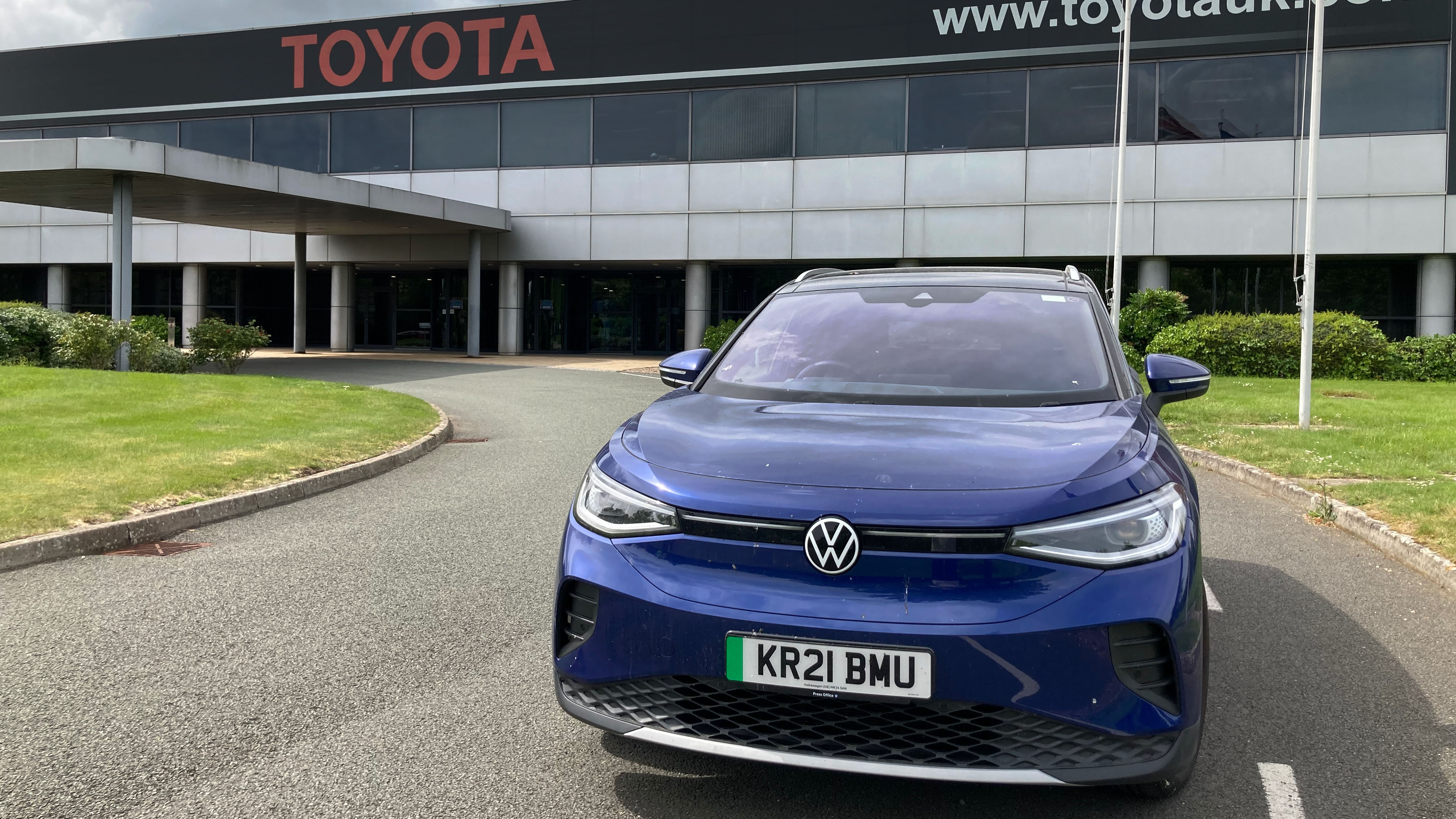 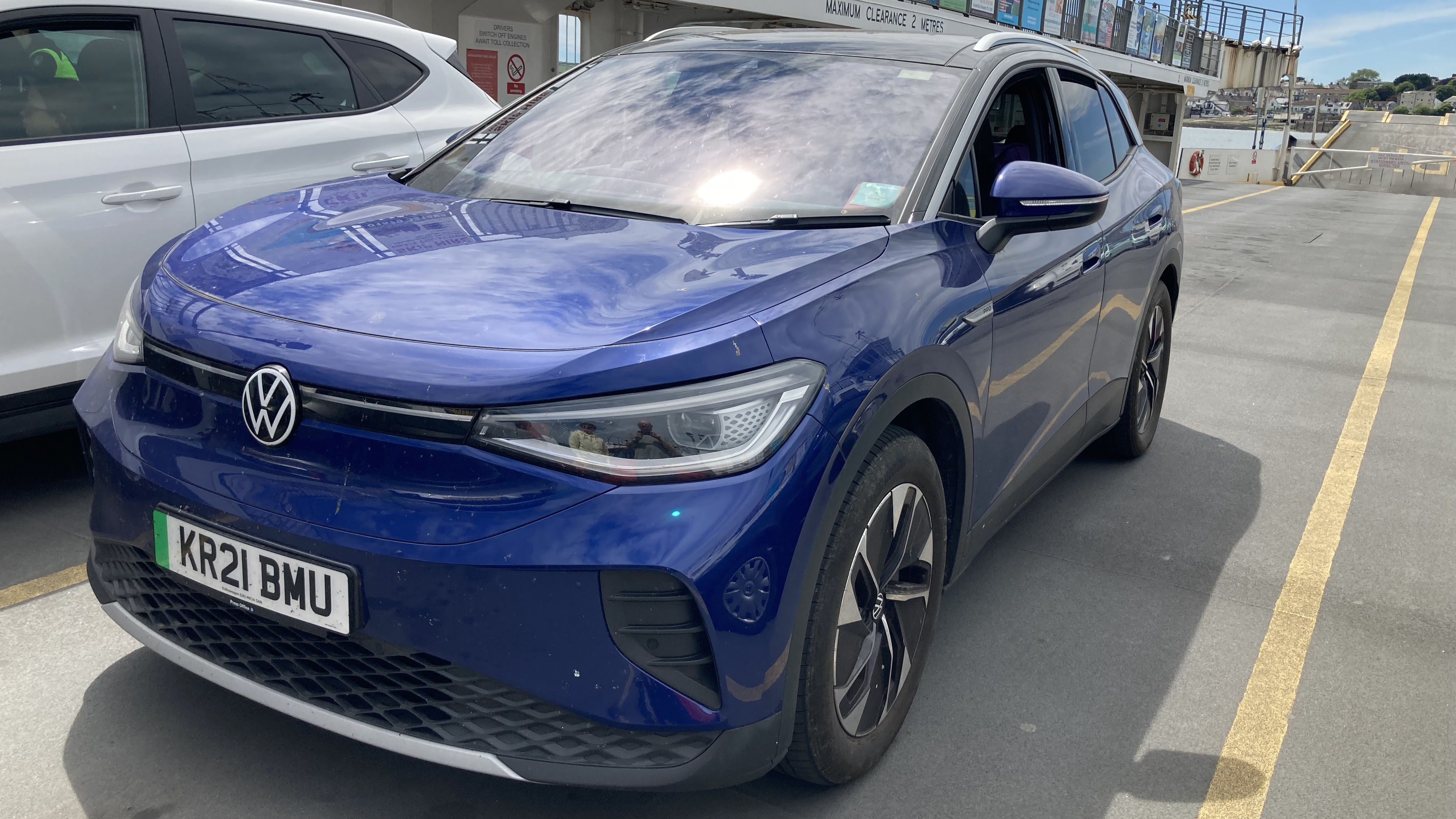 A busier month with some longer journeys. Derbyshire, Cornwall, the South Coast. It was carrying just me at times, more people at others, and various cargo. Generally then the very things a car of this kind this was designed for, and that's how it felt. A car operating in scope.

First was a triangle, each of its legs around 125 miles: London to Burnaston near Derbyshire and then Crudwell in Wiltshire and then home. It's the Toyota factory in Burnaston. I have a bit of a thing about going around car plants watching how they do it. Despite the car-making caper being a hundred years into maturity, every company does it differently. While I watched Toyota's people go about their business, and then test-drove a new version of their Corolla, I had the ID.4 round the back of the plant on a 7kW charge. This restored the battery to 99 per cent.

I had the choice, see. I couldn't do the whole London-Burnaston-Crudwell-London triangular trip on one charge, but I knew I could complete any two legs on my 250-mile safe range. So I could either let it charge while I was doing my stuff at Toyota, or while I slept in Wiltshire. No need to interrupt any of the drives with an en-route charge.

I had the seats folded for my pushbike in the back. The Wiltshire bit was to drive the new Range Rover, but I knew there was a spare couple of hours in the schedule so I went for a pedal round the Cotswold Water Park. Nicer than my usual daily ride through Hackney. The bike fits the ID.4 easily without any dismantling. I just tie it down to make sure that if I have to stop suddenly I don't get a pedal in the back of the head.

After that, a sailing weekend out of Lymington. That return trip was short enough not to need a charge. I left the bike in the back so I could do a quick pedal round the New Forest.

The week after, it was Goodwood for some circuit driving, and Gatwick for a flight to drive the GR 86 and Supra. Those two return trips from North London accounted for seven hours 32 minutes' driving and 233 miles, and still left 17 per cent of the battery at the end. I was driving pretty much as conditions permitted.

Then London to Cornwall, four people in the car and plenty in the boot. At which point I guess we're in proper family crossover territory. It's really roomy inside and the boot is big in floor area if not quite as deep as some crossovers on account of the presence of a motor beneath it.

The ID.4 sits quietly on the motorway. But while driving some roads I know in Cornwall, with open moorland corners, I'm reminded I'm in a heavy car with tyres designed for low resistance and not grip. There's little feel in the steering and the whole process is unengaging. But let's face it, engaging family crossovers – however fuelled – aren't exactly thick on the ground.

The outbound trip was 230 miles and I got there with a comfortable 10 per cent charge left. Coming back I did some detours so have eight per cent. But the fun bit is I charged on solar while there, so the homebound trip was free. The outbound was about £18, or less than 15p/mile. I don't have home charging so I use on-street lamp-posts provided in my borough by Ubitricity. It's 24p/kWh. Most EV drivers, by using night-time electricity rates at home, will do better than that.

Back to: Report 2
Advertisement