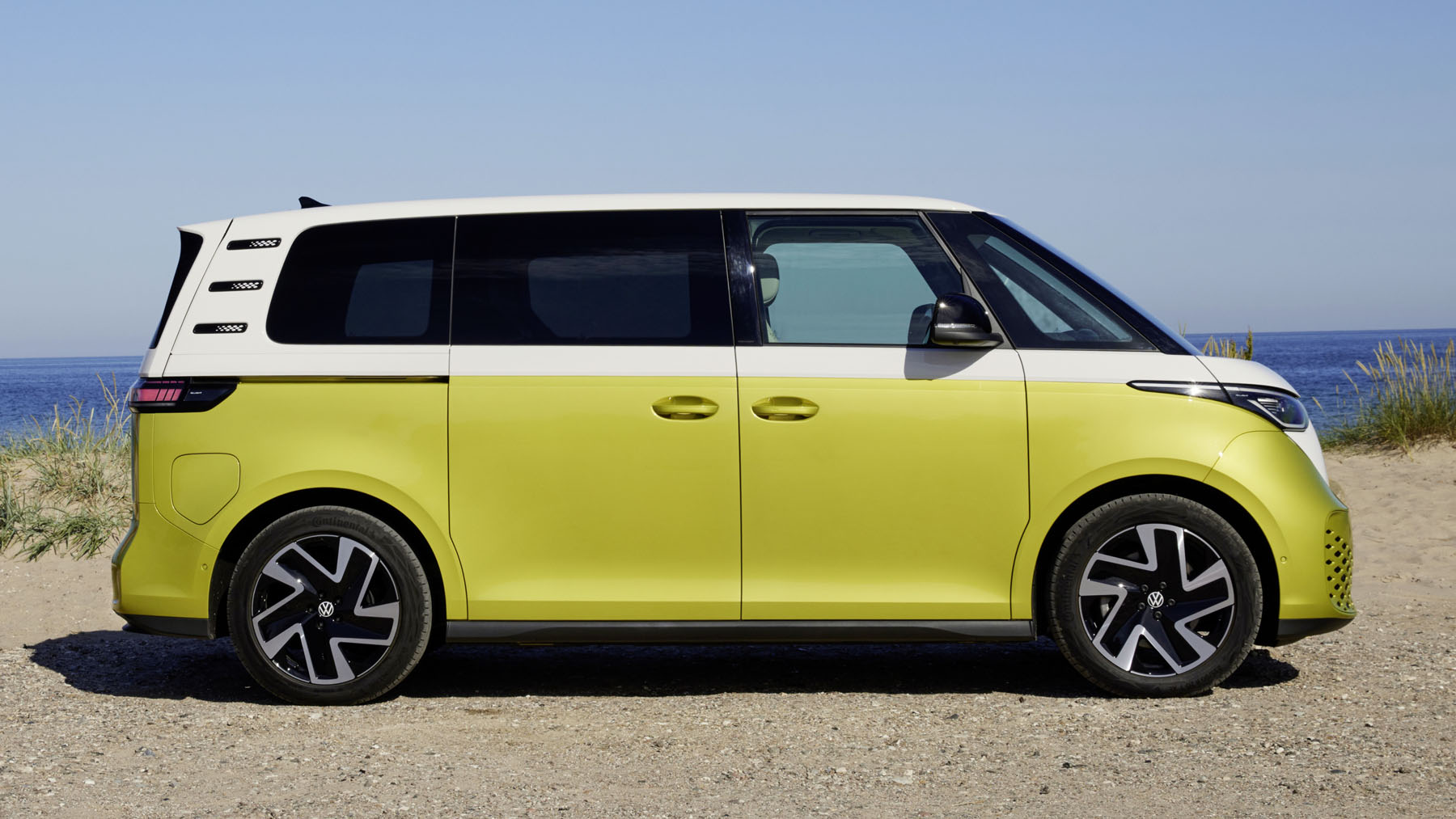 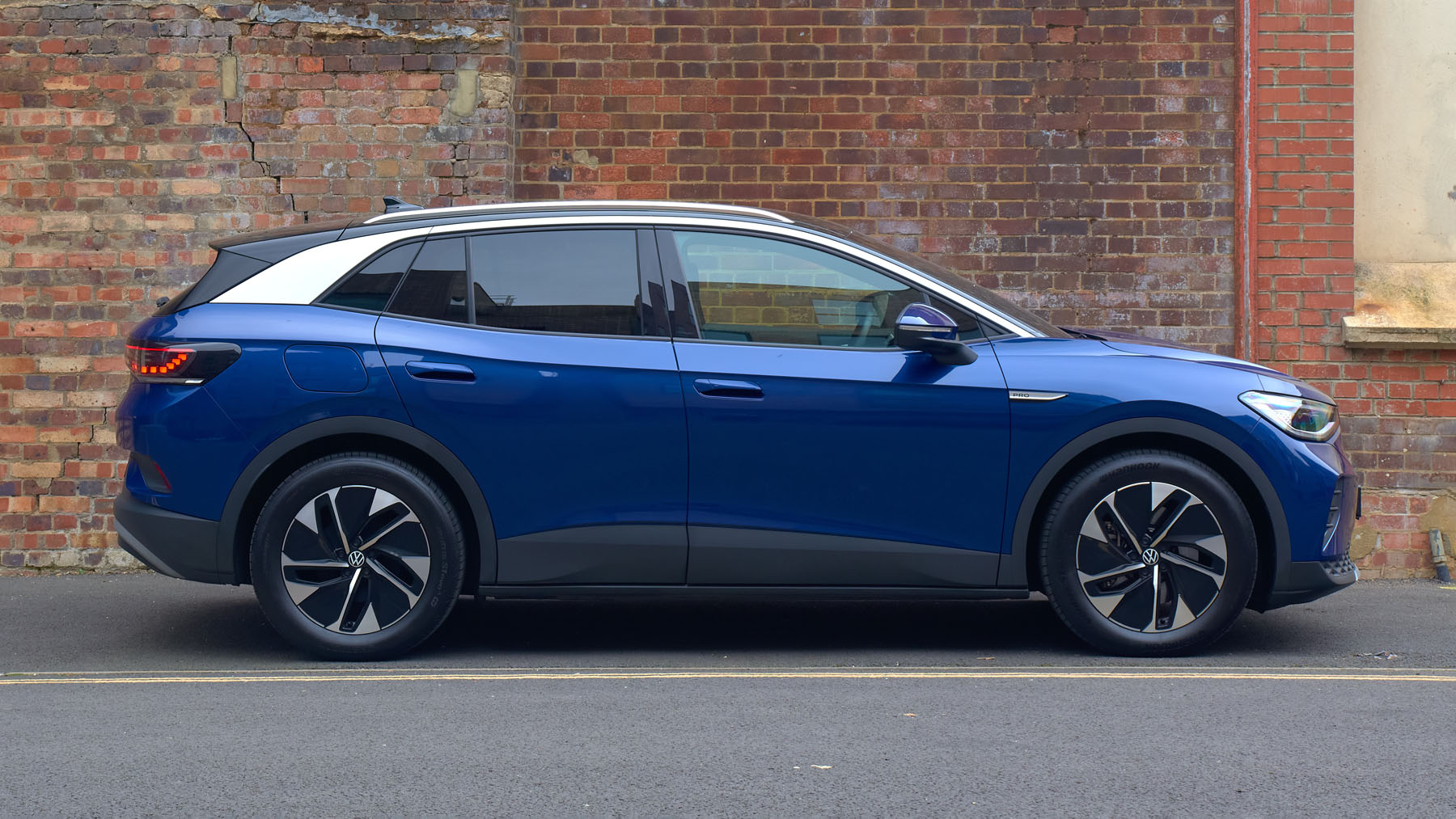 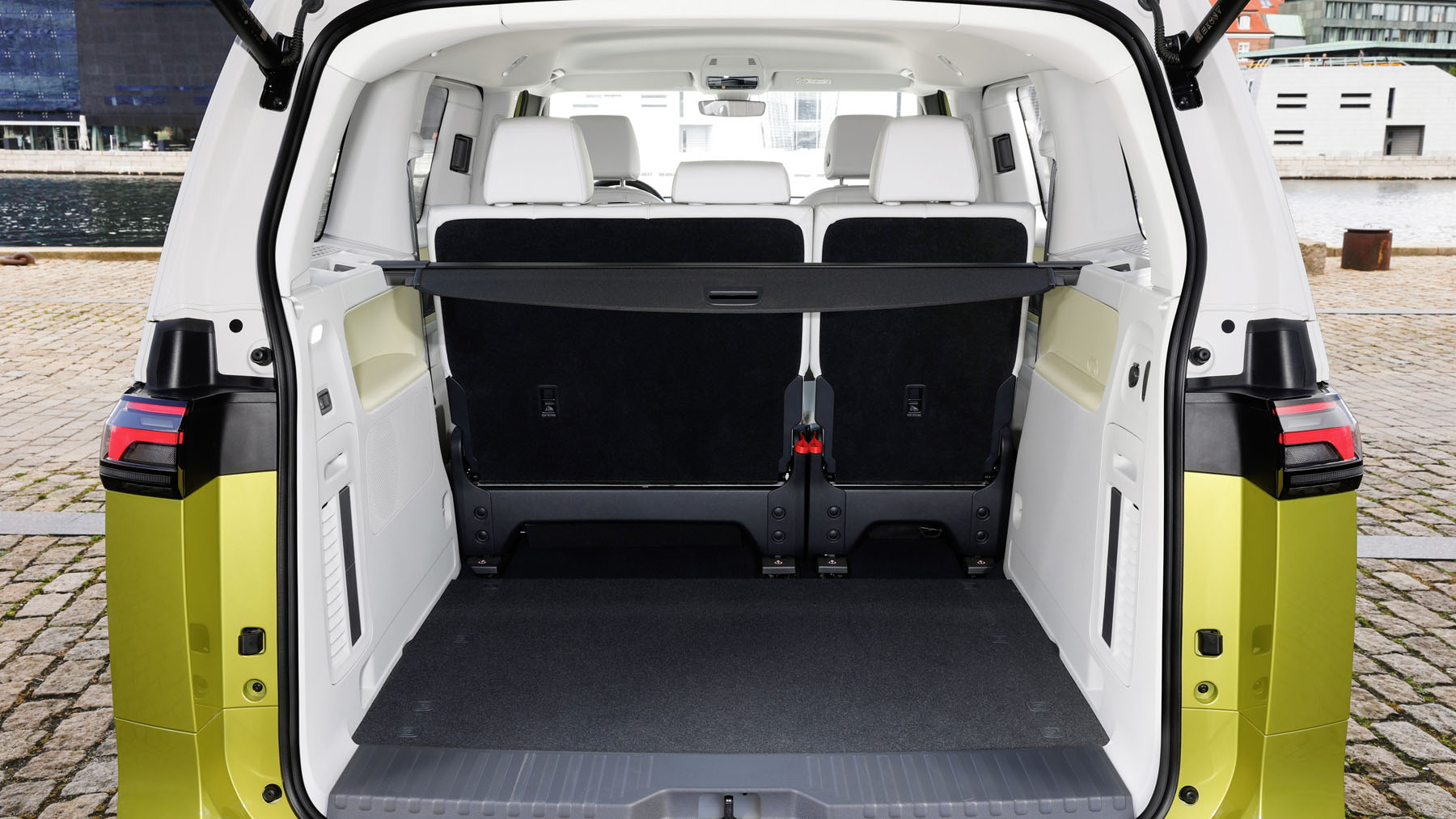 Volkswagen ID. Buzz: do you really need a crossover anymore?

Time to drive Volkswagen's new electric minivan. It's a painfully obvious pun but hey someone's got to do it: there's a lot of buzz around the ID. Bu… Oh very well I'll refrain. But it's true nevertheless. I drove the ID.4 and the ID. Buzz on the same day. And the dominant question after my time in the Buzz was, "Why would anyone ever get a crossover?"

In the past it was an easily answered question. Crossovers, the best of them anyway, drove well enough that they'd be an okay substitute for a family hatch, while giving a high viewpoint – which kids love – and more boot space and an active image. Life in the green lane, or whatever. A crossover became the obvious choice over a thirsty 'proper' 4x4, or a terminally uncool people carrier.

But the buzz around the Buzz people carrier proves it's the very opposite of uncool. So we can park that objection. And it's more useful than the ID.4 to a spectacular extent. The boot is colossal, its 1120 litres being literally double what the ID.4 can claim, and crucially it's deep so you can wheel in tall stuff like a bike or two, and plug in a camp kitchen.

Crucially, there isn't really any penalty when you drive. I can't imagine anyone ever bought an ID.4 – or its Audi or Skoda confederates – in pursuit or an exciting or engaging down-the-road experience. They're competent but dull, and hardly differentiated one from the other. The Buzz is the same. Accurate to steer, level in bends, quiet in the ride, but numb and distant.

The Buzz is just 12cm longer than the 4, so there's hardly going to be any extra parking hassle. And the view out is so good it doesn't feel cumbersome in the city.

There's a but. The ID. Buzz is literally a box, which means perforce it presents a more resistant aerodynamic profile than the ID.4. This impairs motorway range. The official WLTP number for any car under-represents motorway driving, stupidly. Anyway for the Buzz it's only 251 miles on the bigger tyres; the ID.4's is 310. In gentle summer driving I got close to 250 out of the Buzz, where I would get about 260-270 from the 4 driving it the same way. But I wouldn't drive it the same way.

There's something calming in the Buzz that means you drive it more slowly and peace out. I don't mind pottering along the inside lane with 65mph on the clock in the Buzz. That's barely more than 60mph true. It's an alternative to the usual new-car thrust. The ID.4 pretends to be a car, so I find it a real struggle doing anything less than an indicated 74. It just feels like defeat.

In other news, the ID.4 took us camping at a festival this month. The boot was useful for the tent and all. But it didn't need to be a high-ground-clearance crossover. The weather has been so dry you could have driven out of the car park fields in a Caterham.