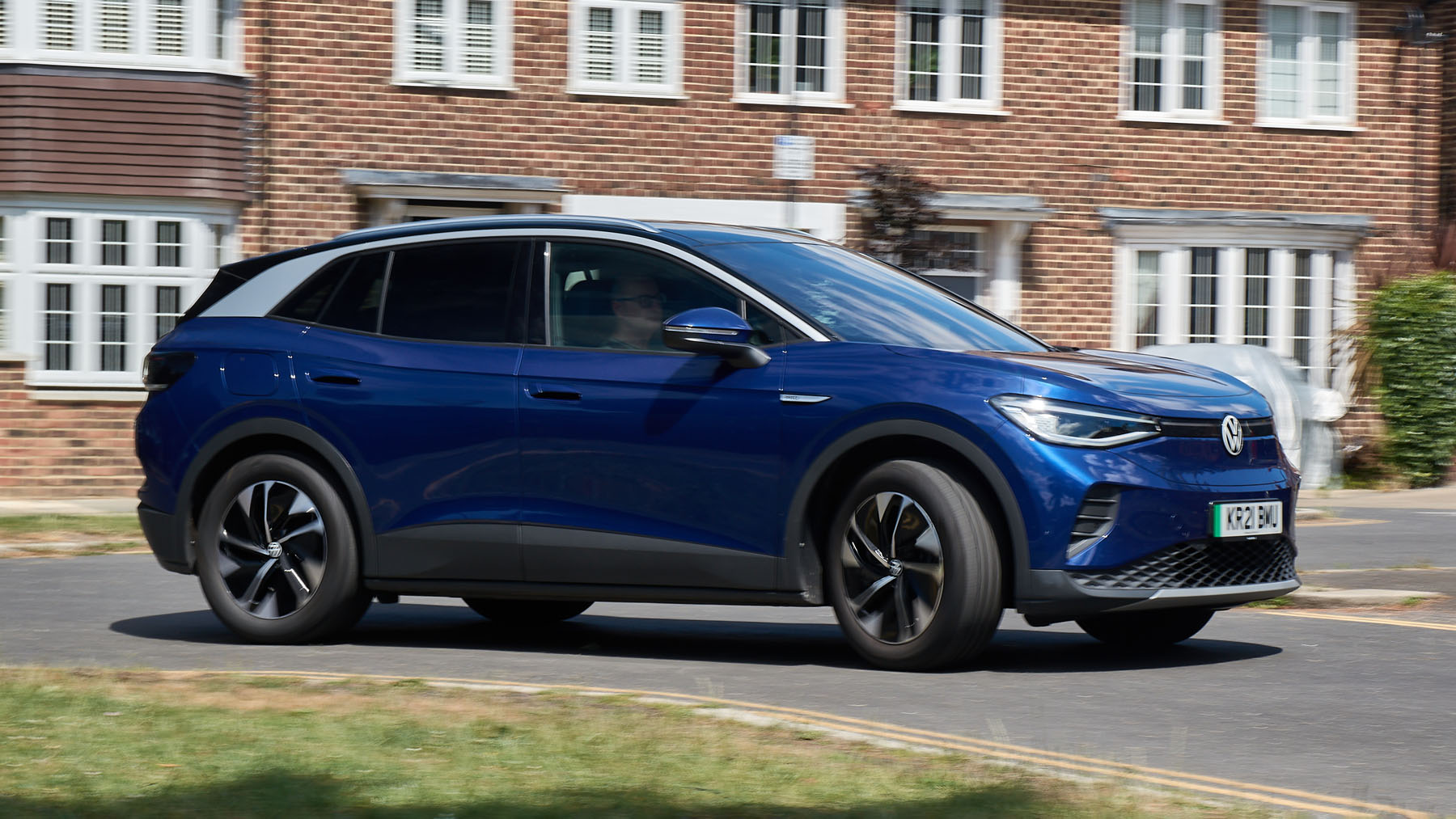 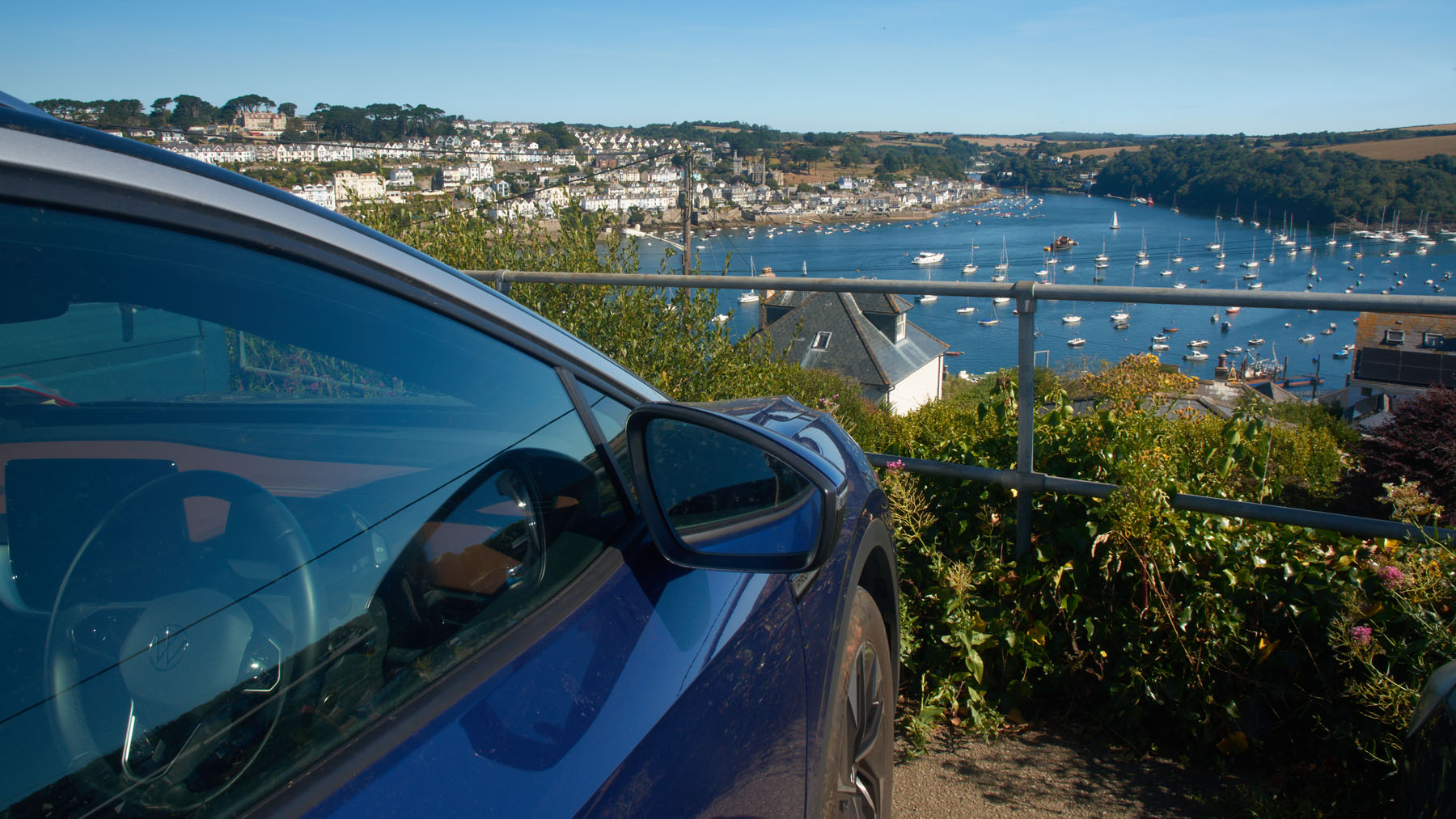 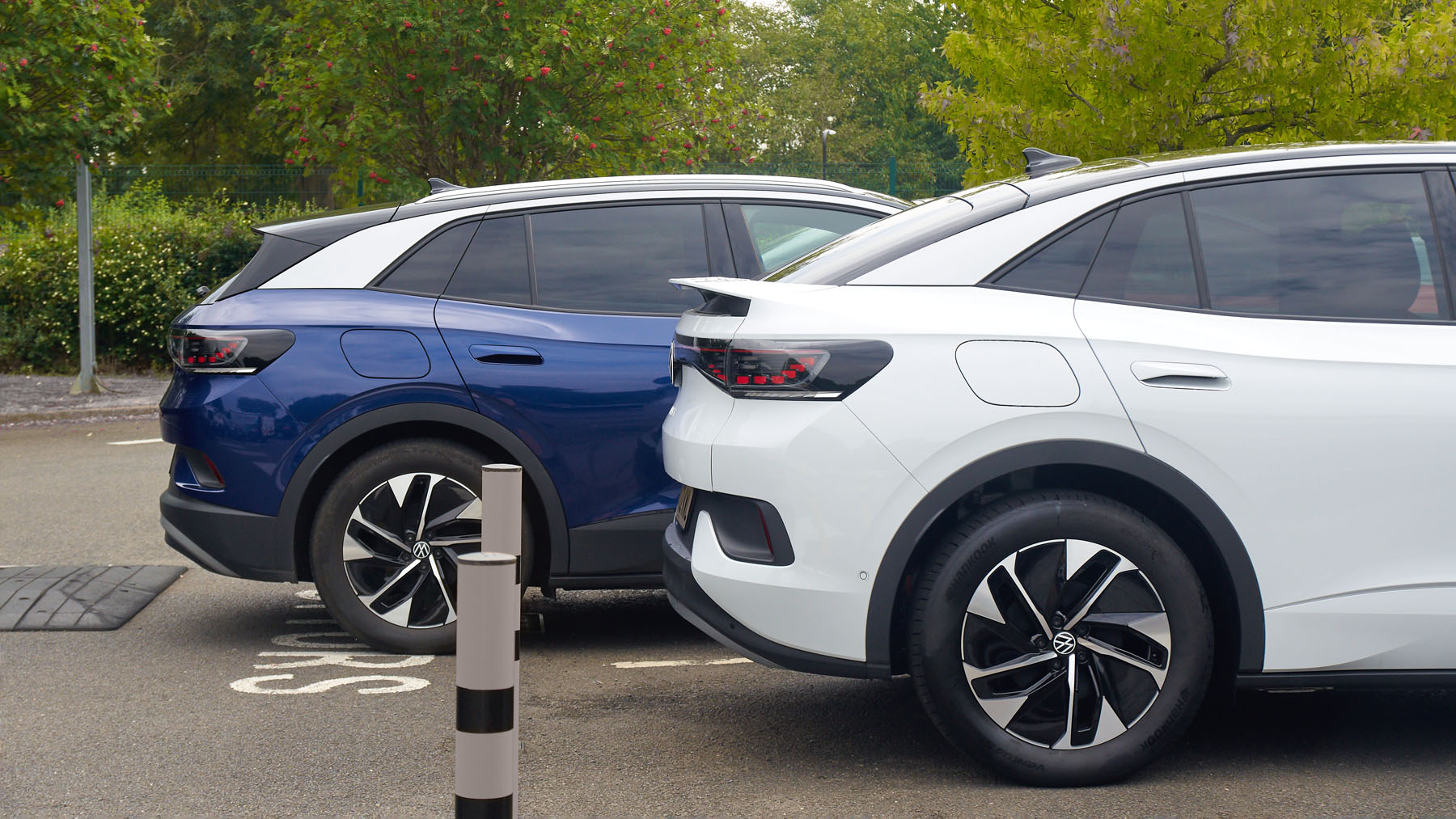 How does the ID.4 handle a heatwave?

A few random observations, some of them from doing a longish trip in the summer heatwave.

First, about an electric car in the heat. You don't have to use the air-conditioning very often, because unlike in a petrol car there's no heat-soak from an engine and exhaust that are just the other side of a thin metal bulkhead and floor.

Because a/c uses energy, avoiding it is good. But I did use more electricity than usual, because it takes a bit to cool the battery. Still, I did a 245-mile trip, mostly dual carriageway and motorway, without a charge stop. I had 4% left at the end. Wasn't worried; the percentage indicator is still proportional right to the bottom, unlike your petrol gauge that sits at F for 100 miles, then plummets from 1/4 to E in 20 miles.

I did notice the cooling fans running while I charged it at 7kW, mind. But it wasn't wasting any more current than usual to do that. All EVs suffer some losses in their onboard AC chargers and AC/DC inverters, so the ID.4 takes about 81kWh to charge its 77kWh battery. That's a lower loss than many rivals.

Everyone rightly talks about rocketing fuel costs. I don't have a home charger so I have to buy electricity at the public socket rate, which is higher. It's 32p/kWh on the Ubitricity lamp-post sockets in the next street to me, where I charge overnight. So that's £25.60 to get me the 245 miles from North London to East Cornwall. Unless your combustion car is doing better than 86mpg, I spent less than you.

Have you your own oil well? Only asking because I then plugged into free solar power while I was there, running around Cornwall (here's a picture in Polruan) and coming back. More than 700 miles for nothing.

Oh that's not quite true. On the way back I did a bit of a detour, so had to stop for 10 minutes at a rapid charger to get the little splash'n'dash to add the 60 miles to get me home. In the 10 minutes it took to for me to ingest a coffee and bun, the car had ingested more electricity than it needed.

That's the one time in 6,000 miles with this car that I've had to interrupt a journey for a DC rapid juice-up. Every other time I've slowly AC charged either at the beginning or the end of the trip, mostly overnight as I sleep.

Needed to wash it after that. The wheels are the easiest to clean of any car since the full-diameter chrome discs on my parents' 1982 Citroen CX. For a start, they're mostly flat – the spokes are an illusion from black painted sections. Also, I don't use much brake because anticipation is key in an EV. And there's no brake dust at all in the back because there are drums out there – they bind less when released than discs do, so save frictional losses.

But I can't talk about Cornwall without mentioning the ridiculously over-keen lane system, which yanks at the wheel. The roads are narrow, never straight, and of variable width so have and have intermittent lines. It's really off-putting to have all this 'warning' hyperactivity. Especially as it often reads a joint in worn tarmac as a road marking. It defaults on every time you stop the car. And it's multiple jabs at the screen to turn it off. Fords just have a simple button on the end of the indicator stalk.

Still, there's a major over-the-air software update coming. But first it must go to a dealer to get OTA enabled. While that's happening I'm in ID.5. Same inside, just as roomy, same to drive. Pictures here: do you prefer the marginally different look?