Say hello to the Audi AI:TRAIL 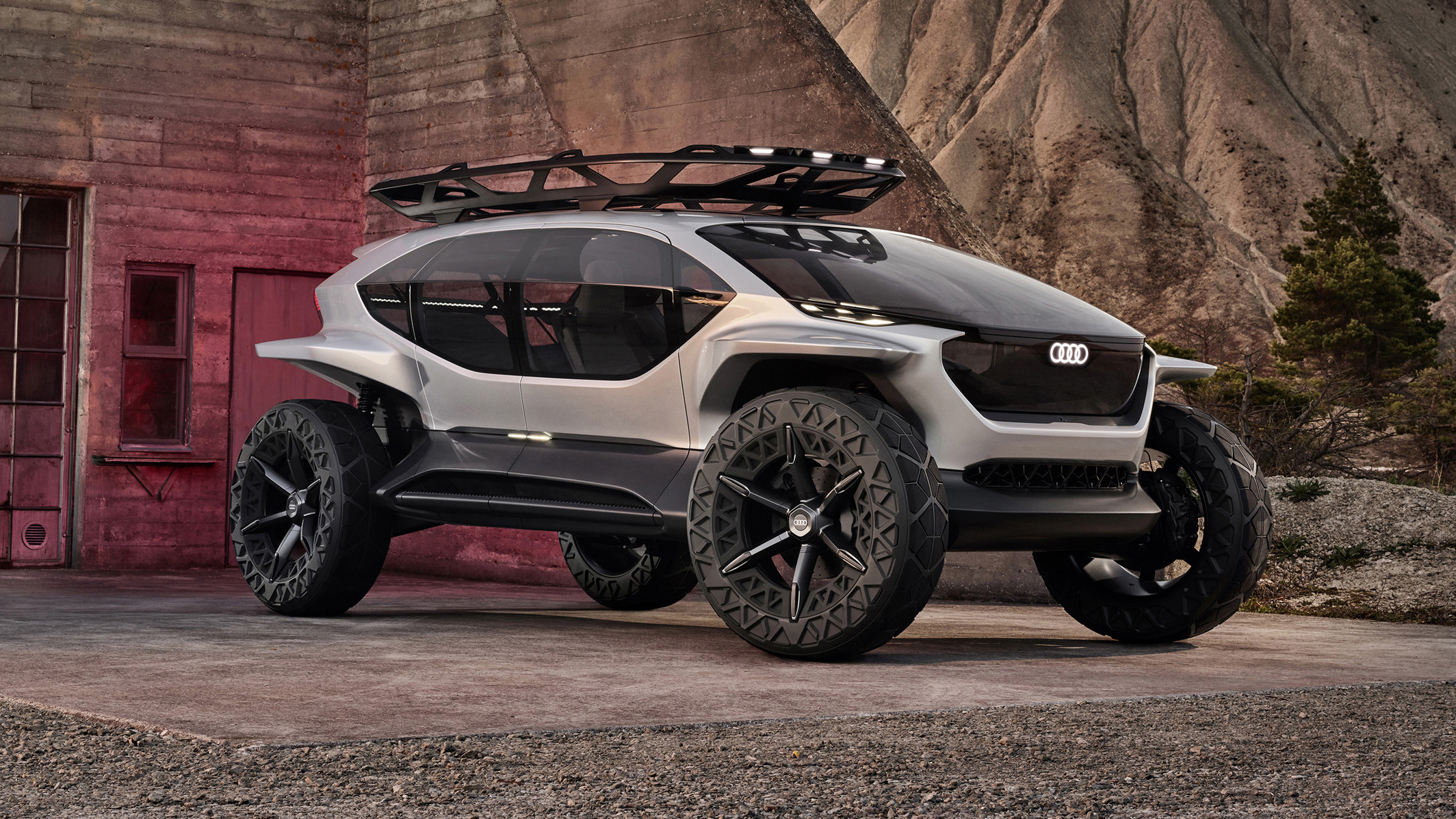 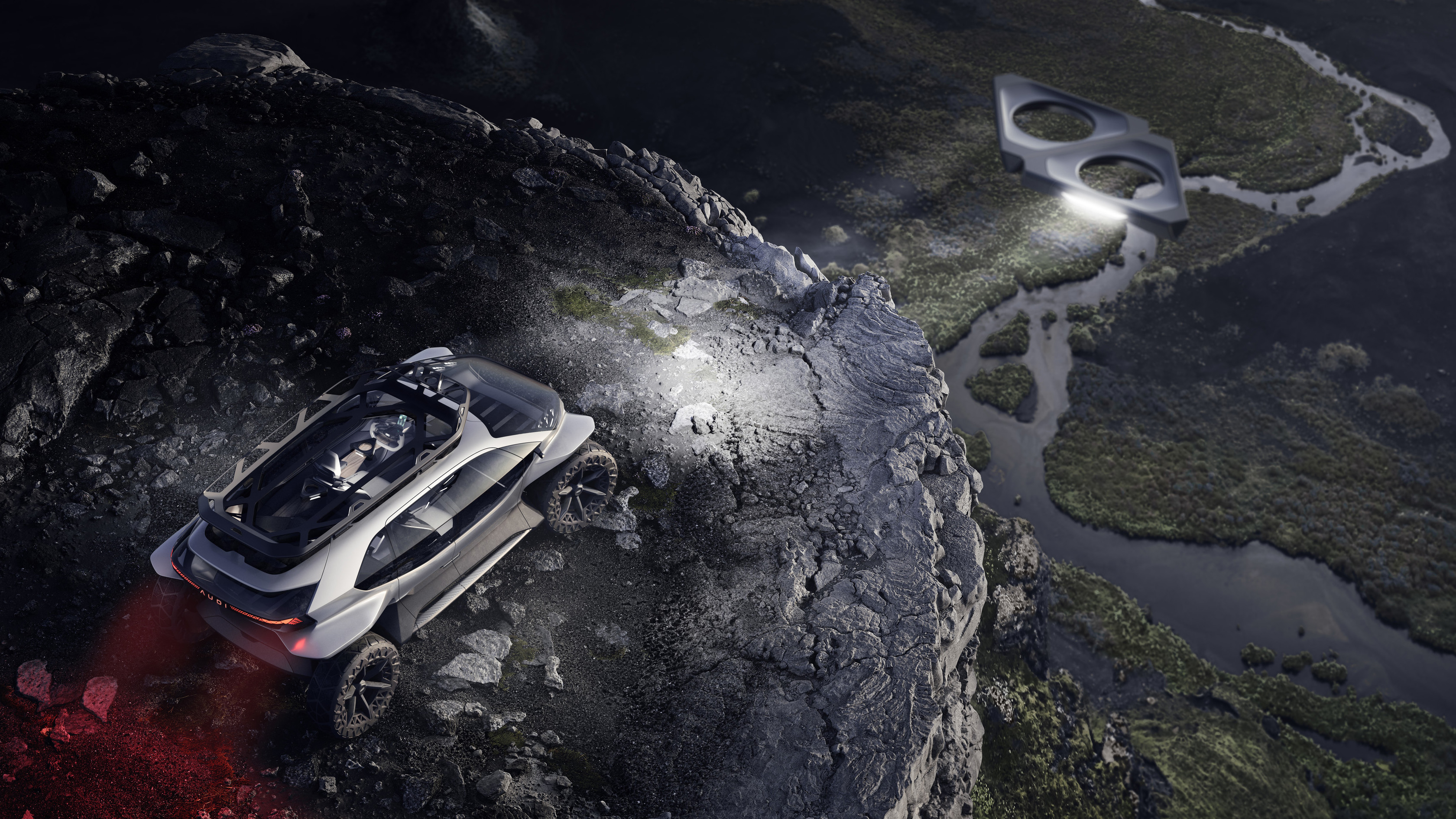 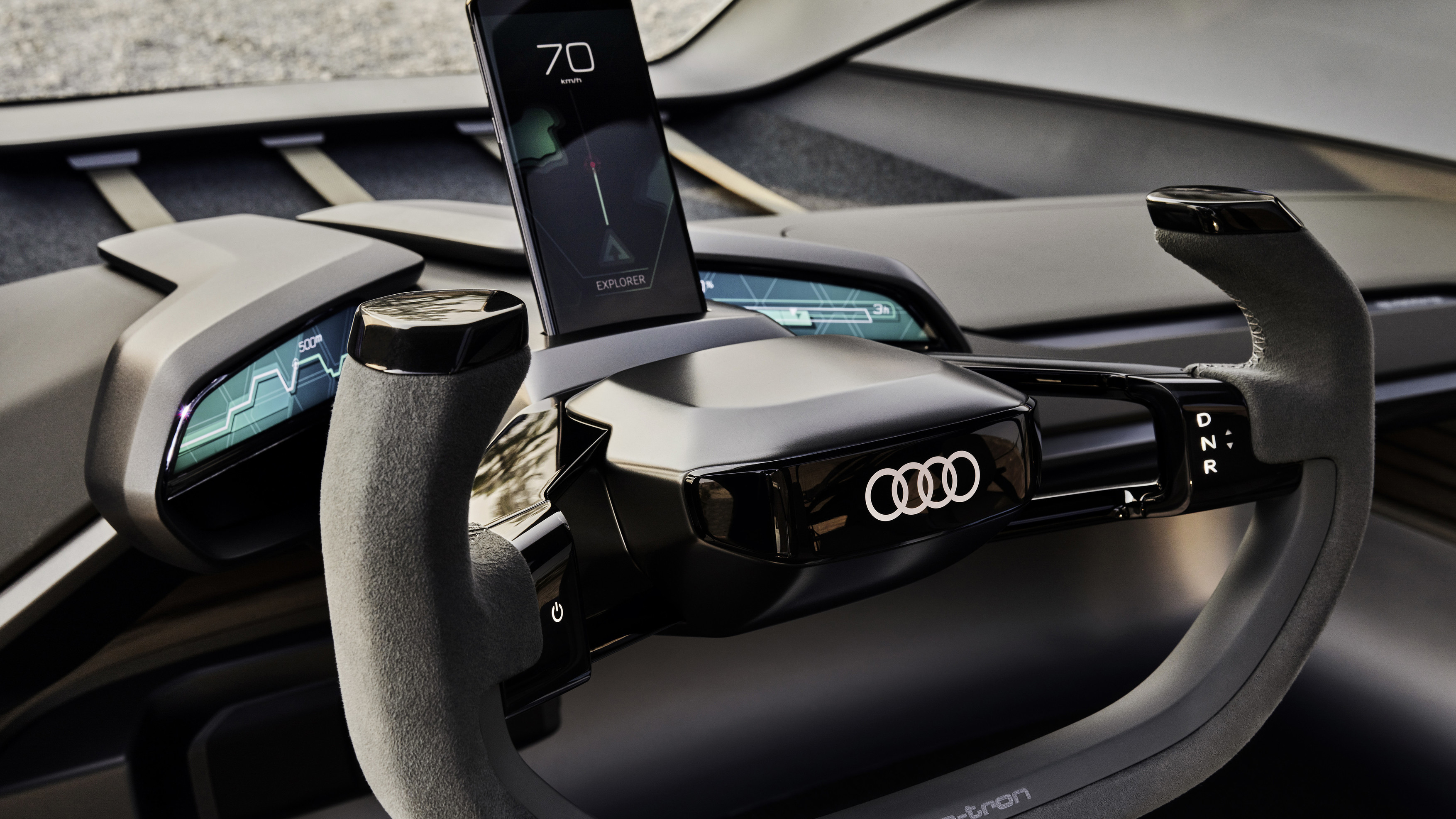 Audi hasn’t just brought the RS6 and RS7 to this week’s Frankfurt Motor Show - this weird-looking off-road thing is on display too.

It’s called the AI:Trail, and it’s the fourth car in Audi’s series of AI-branded autonomous concepts. The first, the A8-sized luxury Aicon, was revealed at Frankfurt two years ago. Then came the AI:RACE (then called the PB18) electric supercar at Pebble Beach in 2018, and most recently the AI:ME, a city-car shown at this year’s Shanghai Motor Show.

And now we have the AI:TRAIL - an electric, autonomous off-road thing. The 4.15 metre long, 2.15 metre wide concept has 34cm of ground clearance and can ford rivers half a metre deep. The 22in wheels (shod with 850mm tyres) each get their own electric motor, giving precisely-controlled all-wheel drive and 430bhp/738lb ft of torque. On-road it should be able to travel between 250 and 300 miles between charges, while the additional power needed for hardcore off-roading means in such situations, range is limited to 155 miles.

On-road you’re assisted by level 4-grade autonomy (full autonomy but only in certain situations, e.g. in towns or on motorways). Off-roading requires a conventional steering wheel and pedals, though. There’s lots of glass for good visibility - at night this is aided by a fleet of drones that fly ahead of the car to illuminate its path (hence the lack of headlights).

Audi says these AI concepts “embody an entirely new mobility concept for the brand”. It claims that in the future, you’ll be able to order one from an “on-demand vehicle pool” - the Trail if you’re going overlanding, the Aicon if you’re planning a cross-country road-trip or the Race if you just want a bit of fun, for example. The vehicles will be leased to the customer for a short period of time, and customised to their requirements as far as possible - to the degree the seating position and interior temperature will be set to your preferences before delivery.

We think the Trail is pretty cool. Should we be ashamed?