The Alpha JAX is a 250-mile all-terrain EV 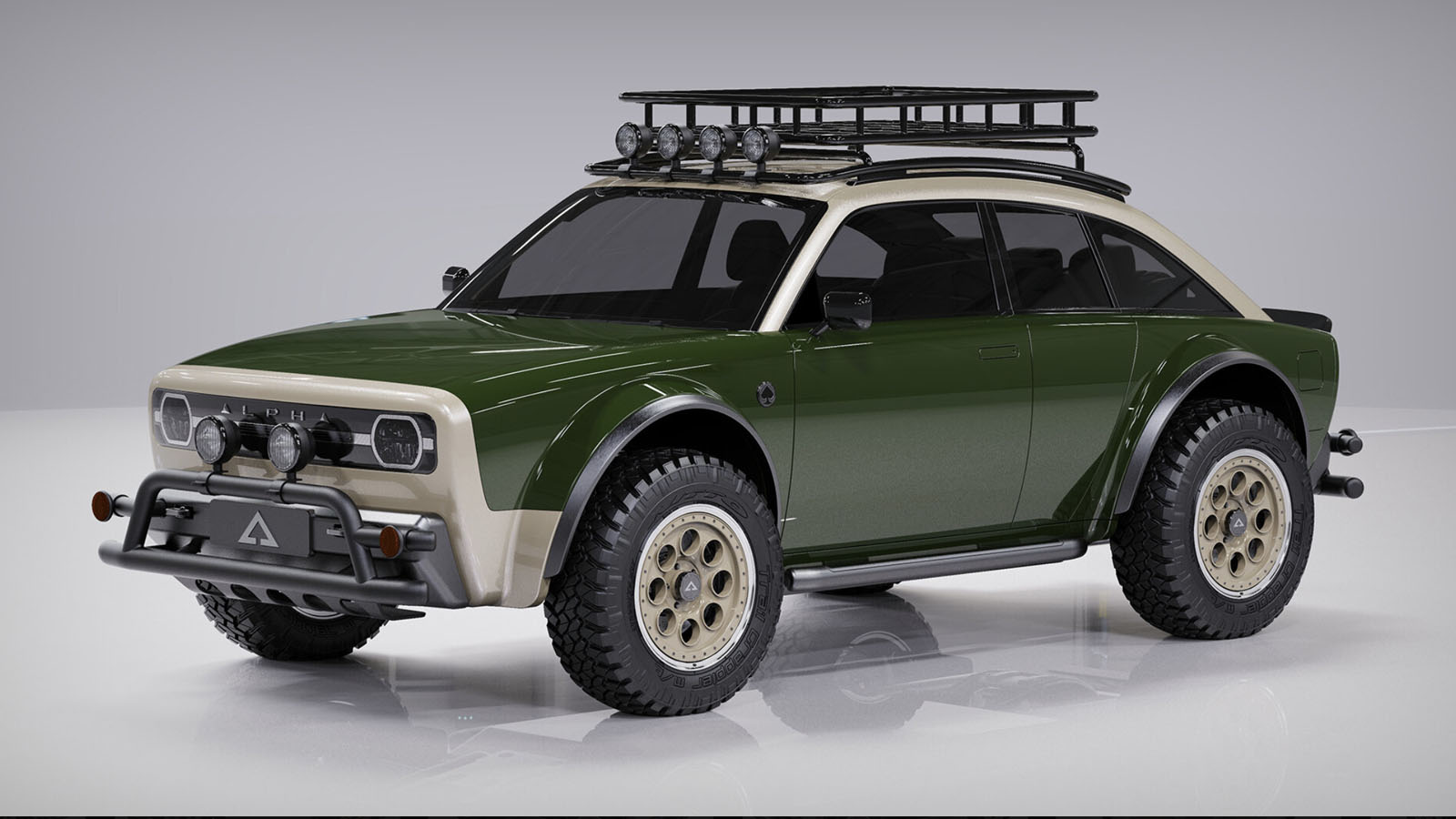 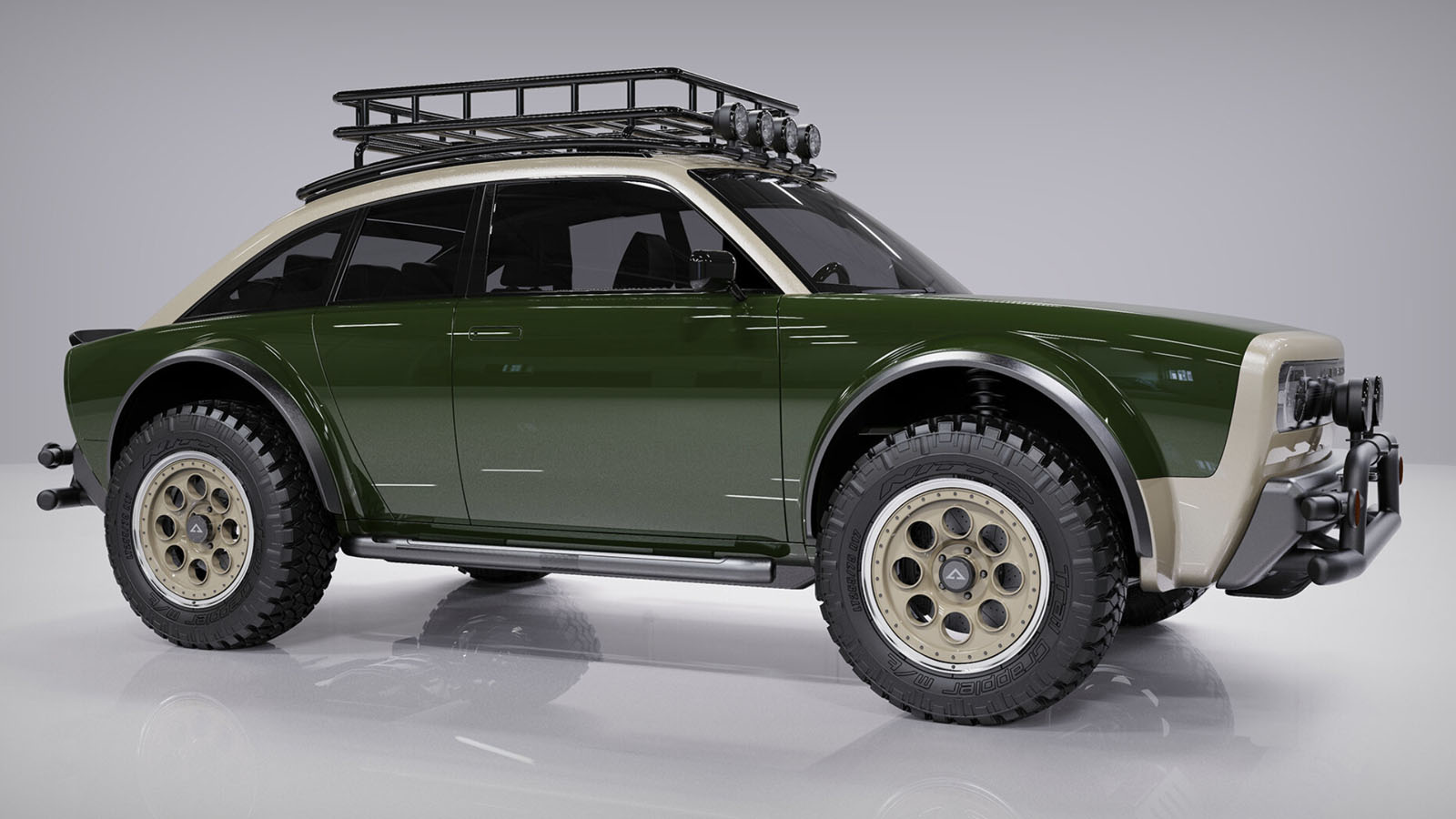 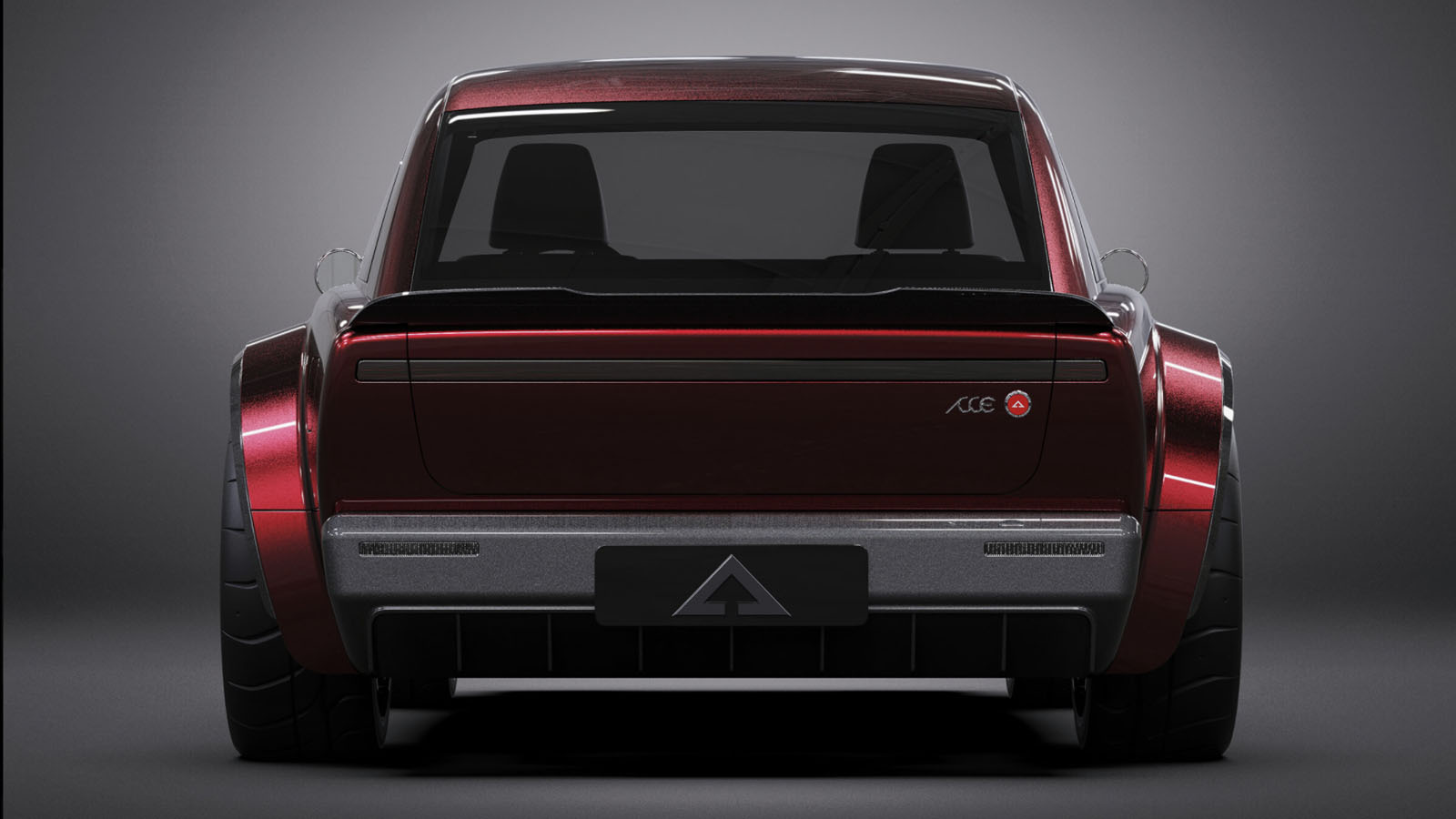 Remember the Ace? The retro-tastic EV from Alpha, a Californian start-up about which we know very little, was announced a couple of months ago. Alpha claims the Ace could land “as early as 2023” with a 250-mile range and 0-60mph time of around six seconds.

Now the company has revealed an off-road version of the Ace. It’s called the JAX – for “Junior All-terrain Crossover” – and, says Alpha, will be available with front- or all-wheel drive and a 75kWh battery for 250-miles of range.

Technical details are scant. Presumably because neither this thing, nor the car on which it’s based, actually exist yet. But anyway – looks like the JAX gets a proper roof rack, two arrays of spotlights, sturdy front/rear bumpers and chunky off-road tyres accommodated by enlarged wheel arches.

Alpha says it can tow up to 839kg and, despite the added off-road clobber, should still hit 60mph in 6.5 seconds. It seats four, and most of the interior has apparently been “designed for replaceability” (i.e if the touchscreen goes belly-up, it’s easy to stick a new one in).

There’s also a new “Performance” version of the Alpha with dual-motors for 0-60mph in 4.6 seconds.

Alpha is already taking reservations for the JAX, even though it gives no indication of when it might be released. The cost is between $38,000 and $48,000.

Reckon the Ace, in all its forms, will ever see the light of day?